Now, I’ll be mainly focusing on what to expect with Tony Hawk’s Pro Skater 1+2 running on the Nintendo Switch, so for a full in-depth review on the game itself, please head over to our full review HERE.

I’ve been waiting for the release of this on the Switch and it’s finally here. The Tony Hawk’s Pro Skater games are right up there in my top 3 franchises of all time. To be able to now play this faithful remaster on the go, I was more than ready to start collecting those S-K-A-T-E letters and finding those elusive hidden tapes.

So, how does this port fair on the Switch? Well pretty solid actually. Sure, you won’t get the sharp visuals you get playing on the Xbox or Playstation, and it won’t run in 4K as it does with the recently released next-gen upgrade for the Playstation 5 & Xbox Series X|S….. obviously. Other than a visual downgrade to suit the Nintendo Switch and a target of 30FPS, Tony Hawk’s Pro Skater runs really well and is unchanged and pretty much the exact same experience as on console. While in handheld mode the game looks and runs its best. While playing docked mode at 1080p is where you’ll start to notice the downgrade visuals the most.

As for controls, the Tony Hawk’s Pro Skater games have always required some quick and precise inputs to pull off those crazy combos, and this is the only thing I struggled with while playing in handheld mode and/or using the joy-cons. I’ve spent all my childhood playing Tony Hawk games with a controller and I did at times find it hard to complete the high score challenges. In docked mode, using a Pro Controller though was no problem at all.

One other thing I’d like to mention is the load times are a little longer on the Switch compared to on consoles. It wasn’t something that bothered me too much personally but is worth a mention. Overall I really wasn’t expecting this one to run as well and as smoothly as it does on the Switch, so it was a very welcome surprise.

With all that said, Tony Hawk’s Pro Skater 1+2 is a fantastic remake, if not one of the best, making it even better now available on the Nintendo Switch and being able to play on the go. 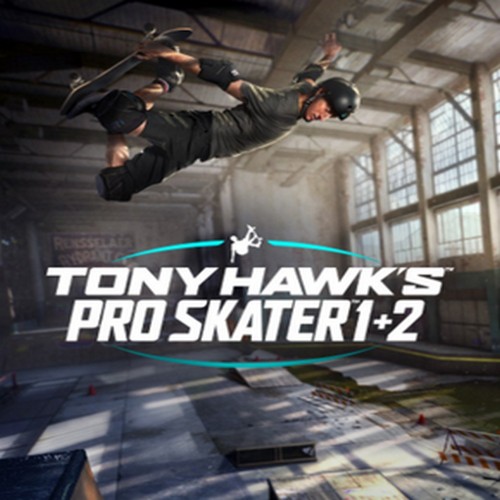