To start this off, Touhou Mechanical Scrollery, or I like to say TMS, is the latest in Bullet hell mid-air hunting shoot-em-ups, and for those familiar with Tougou games, this is no exception. With its action RPG, an interesting storyline and graphically stunning gameplay, TMS really has the spirit of bullet hell shooters giving you an intense controller gripping gameplay. All this and the RPG elements are a nice touch, along with the storyline that starts you along your journey.

You are introduced to your two heros, Reimu and Marisa, along with a variety of other characters that help you along your journey, all via a visual novel setting. Players will have the choice as either character can be chosen to complete a mission and level up. Leveling up both can be easy over time as the game does encourage you to replay missions to get more materials to help craft better weapons and items, all of which can be crafted in between missions. You’ll want to ensure you’re staying on top of your collection, as they’ll come in handy against a variety of mechanical enemies, such as spiders and snakes, along with many other various combinations of flying and crawling foes you must defeat.

Before you have a chance to play the game, you’re transported to the settings menu, which is good to just get all that annoying setting part out of the way first, especially when setting up your controller. While Touhou Mechanical Scrollery can be played using a keyboard and mouse, I highly recommend using a controller, as after trying both keyboard and controller the game does not feel at its best using a keyboard. 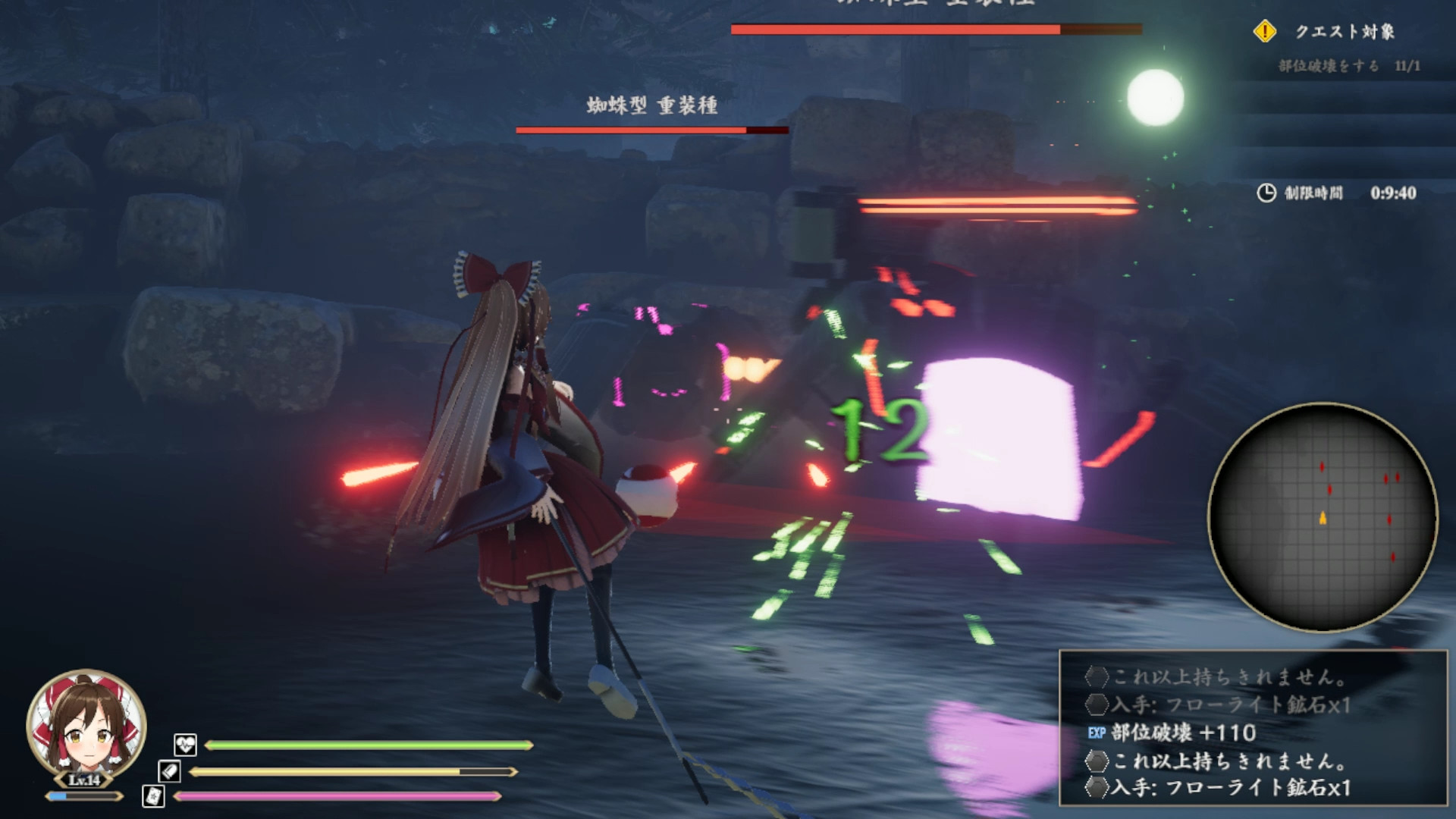 As the fast paced gameplay is not for the faint hearted, and for those that are familiar with Touhou Games, players may feel a little underwhelmed during early parts of the game, so a higher difficulty is highly recommended for any verteran players of previous Touhou style of games, but with that being said, that the first chapter of the game does feel more like an extended tutorial that eases players in. I do appreciate not being thrown right in the deep end from the get go.

For lovers of Japanese anime art styles, the game’s visual aesthetics are mixed with its animated drawing and intense 3D graphics, giving it an appeal that can be appreciated in its presentation. Touhou Mechanical Scrollery being a bullet shoot-em gameplay can be, and is expected to be, visually overwhelming when enemies are constantly filling the screen with explosions and shiney death balls flying at you, and it definitely is, especially with it all being beautiful 3D graphics. One thing I do have to say though, is that camera positioning can seem weird when you are locked onto an enemy, and so your view glitches through trees, or jerks around without any real control to camera angles, which can really throw you off during battles.

Overall Touhou Mechanical Scrollery is a fun, visually stunning game that has a lot of potential with its free flying aspects to the bullet hell shoot-em ups, while the graphics are lush and hold up really well, even when so much is going on during battles visually. 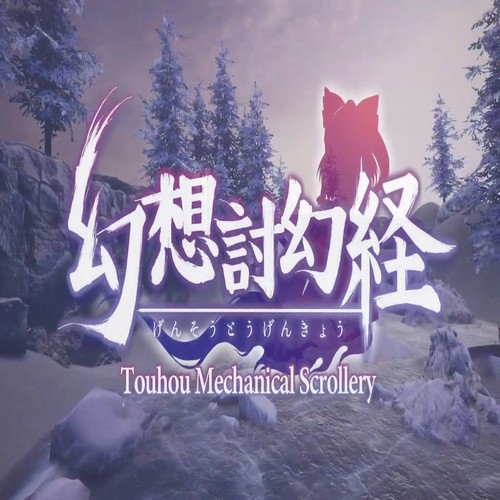 A 3D bullet hell mid-air hunting action game based on the Touhou Project. Fly freely through the air and face down humongous foes with both melee action and 3D bullet patterns (Danmaku)!