Let me take you back to a simpler time, where you would buy a bag of toy soldiers and proceed to wage an all-out war of epic proportions. The only limitation was your imagination and how rough you were with the little plastic units. Finding little cut-outs in the backyard was half the fun too, pretend jungle setting with some puddles of water to set the mood. Good times, but was always a pain to pack everything up. If only there was a game company that would remaster a nifty little Xbox live arcade game based on this very concept. What’s that? Accelerate Games Inc. to the rescue! Toy Soldiers HD is now available across Xbox One, PlayStation, Switch, PC, and current Gen consoles too.

Set during the First World War, Toy Soldiers HD faithfully recreates some of the finer craftsmanship from the early 1900s with all of the model soldiers. Backed by the large diorama set pieces in era-appropriate wartime painted art style, destructible environments, and designated pathways to defend, the game successfully creates the feeling of realism for a wartime set piece and a handcrafted play set at the same time.

The grimy and smeared textures can be played off as if it were a toy running across a child’s playset, but when zoomed out, the feelings change to a full-scale war with living and breathing units charging across the battlefield. It was humbling to see how small in stature everything really was when you swung the camera around to inspect the room, or you, the kid playing with their toys. It was like a scene from Toy Story. 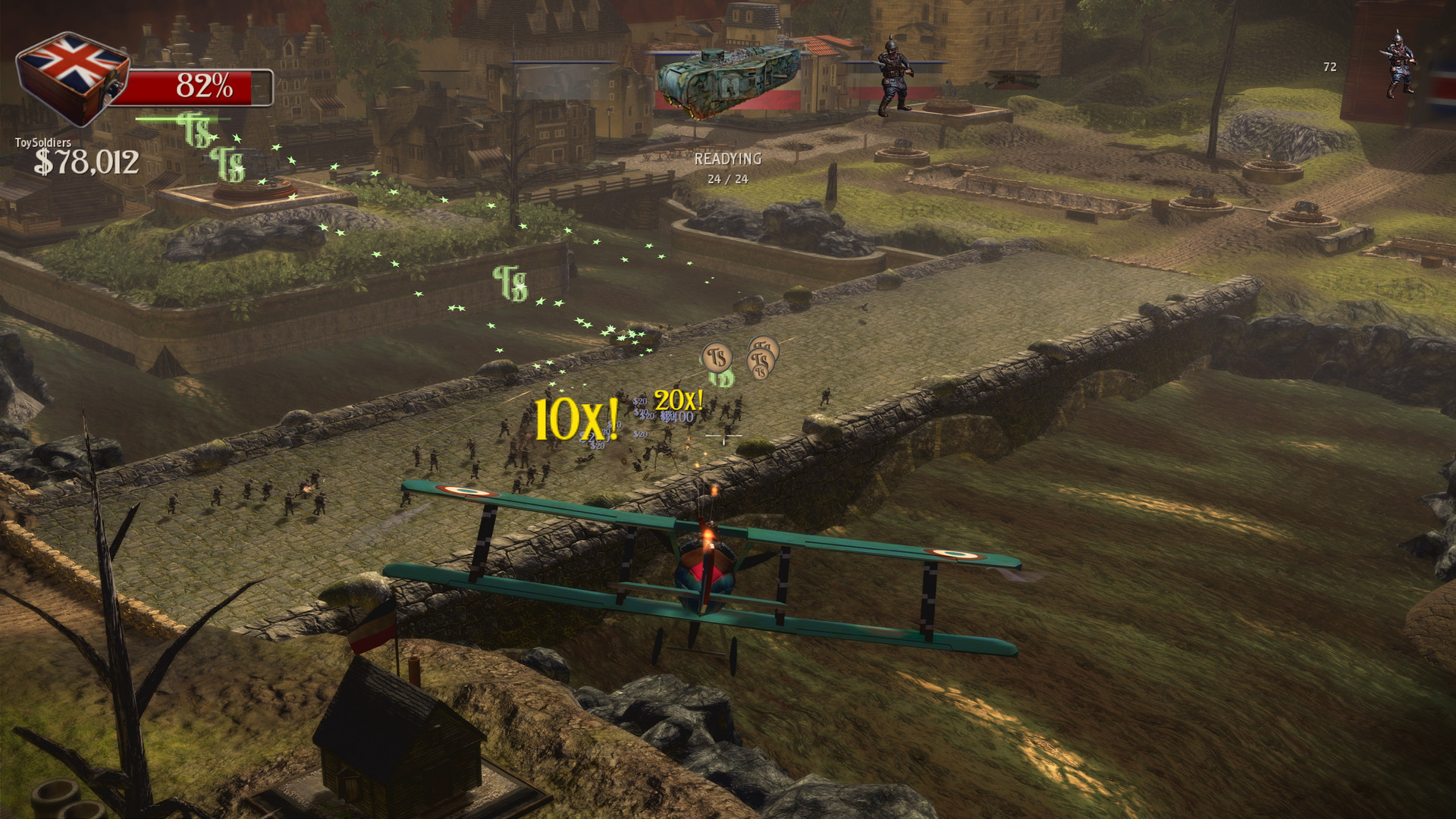 Multiple modes are available, with the basics boiling down to a tower defence/wave-based strategy game. There is a fully fleshed-out campaign that draws from real-life inspiration, with mild historical references and early 1900’s film grain introductions. If that isn’t your cup of tea and you wish to battle a friend, there is a co-op mode to storm each other’s base, either online or split-screen. There have been always been mixed emotions when it comes to managing a pure strategy-type game on a console, so players will be happy to know that Toy Soldiers HD is a satisfying blend of top-down strategy and handsome options for individual unit control.

So much so that you can quite literally set the battlefield from afar and then man the units themselves, effectively doubling the possibilities for gameplay and increasing the replayability from different perspectives. Early on in the campaign, I would fill all available build locations on the map and then man the mortars for the rest of the match, all so I could rain hell on the waves of toy soldiers and watch them pop into little pieces.

One of the more truly satisfying moments comes from the shell cam, where I could hold down the fire button to follow the shell from start to finish for some close-up action. Not to mention the rewarding thump of each shot launching out of the barrel and the resonating impact, paired with the war bugles of each wave charging down the hillsides and the hum of the overhead biplanes, ambiance, and delightful ragtime music. 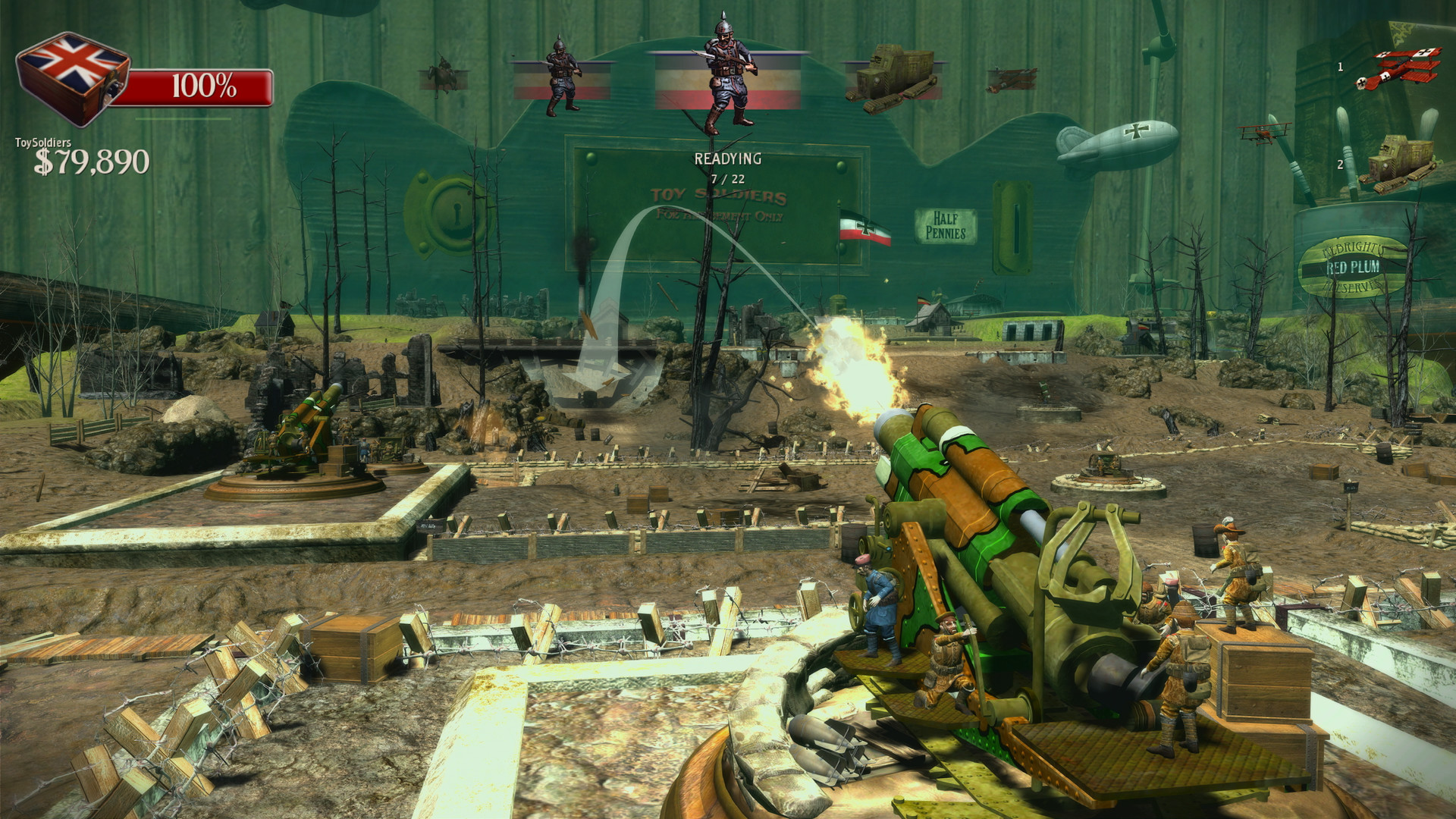 Easing your way into the game was very simple. Designated locations are highlighted with a flat foundation to build units on. At first, there are only a few spots per map, however, later on, there will be larger building locations that need prior thought, as each unit will take up a different amount of space. With each kill, you will gain money, and this can be spent on more units, barbed wire fences, or upgrades for more powerful weapons. As for actually building the units, click and select build and you are on your way. It was also helpful that it gave you a preview of the effective range of the unit and what they were strongest against.

For example, the QF-1, or Pom Poms, are the designated anti-aircraft units, so putting them on the front line wouldn’t help clear out the foot soldiers, and the machine gun mounts wouldn’t have the visibility or range from the back of the map. Then there are the drivable vehicles, both ground-based and air capable to play with if controlling a stagnant ground unit wasn’t cutting it for you, but there is a bit of a learning curve when it comes to actually controlling these units. The tanks can be a bit clunky and the aiming on the machine gun stations, and especially sniper towers, are stiff. Nothing game-breaking but I wouldn’t go in expecting Deadshot levels of accuracy.

Toy Soldiers HD is a clever and straightforward experience that has captured the imaginative mindset of playing with actual toy soldiers while paying homage to the history itself. With 4 difficulties to choose from, unlock-able survival modes, online multiplayer, and a number of ways to play each map, you could find hours of entertainment in one small little package. 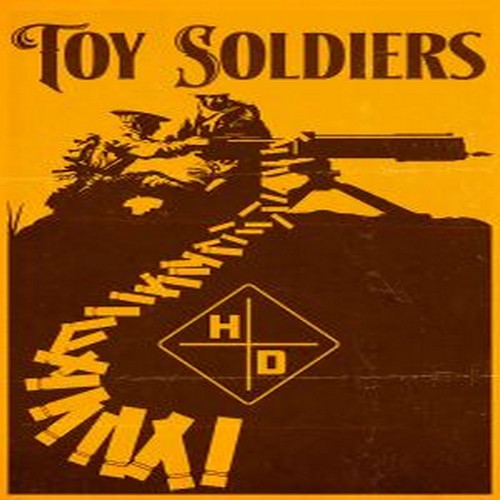