Surviving the high seas is a challenge, but with a trusty crew and the right amount of trash, you can overcome the hardiest of sea voyages. In this new game by developers fluckyMachine and publisher Tiny Build comes a unique world where one man’s trash is a ship Captain’s treasure.

Trash Sailors is a hand-drawn sailing simulator where the world has been flooded by a giant trash tsunami, but as the saying goes, one man’s trash is now your greatest asset, and that trash is now used to repair your seaworthy vessel, used as fuel, and even used to craft weapons to fight against a variety of enemies that call the high seas their home.

To help you on your journey, you need a trusty crew. First, you have Baron, aka Sea Dog, the most experienced seaman in the crew. Then you have Francis, aka Handyman, the good all-rounder in getting things done. Herman, aka Currywurst Lover, is a heavy hitter in the crew, especially against enemies that like to hinder any progress. Finally, there is Mary, aka Harpoon Virtuoso, the fastest of the crew and an ace on the trigger. 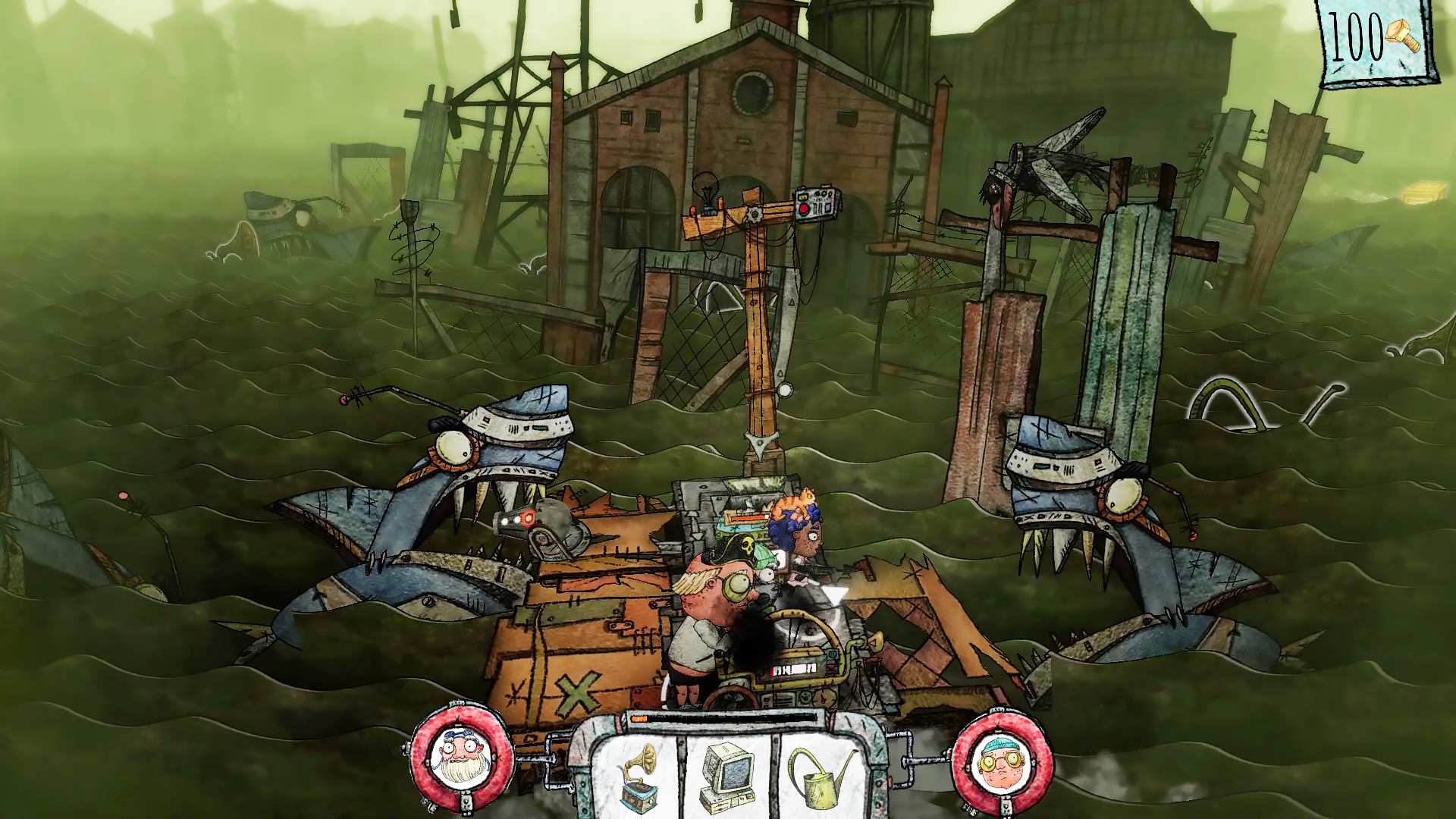 Starting on your voyage there are a few things about the game you must know. The game does have a single-player campaign where you have the help of a trusty garbage robot that can help you salvage and steer the ship, but playing solo can be a bit of a challenge at a time when trying to multi-task and navigating the high seas at the same time. My tip would be to take your time and don’t try and do too many things at once, but a much easier way to play the game is with friends, with Trash Sailors offering 4 player co-op.

As the saying goes, many hands make light work, so getting the game for a friend might be a good gift, especially to get past that difficult level you just can’t seem to get through, and having a well-trained crew is always critical in overcoming the treacherous high seas, not to mention the weather, having to avoid enemies or simple obstacles.

The sea has other things in store for you, such as giant waves that can wash away your crew, or tornadoes that can wreak havoc on anything in its path. The game has several levels and environments, from busy cities where you have to avoid other seaworthy boats to an artic area with dangerous icebergs littering the seascape, and they all have their own challenges to overcome.

Not all is doom and gloom, however, as your ship can also be installed with an assortment of upgrades to help in your journey. From increasing the fuel tank capacity to installing a solar cell to take the strain off of your fuel supply, to installing cannons and being able to increase your firepower with destructive laser cannons, keeping that raft afloat and making it to the end is not always that simple. 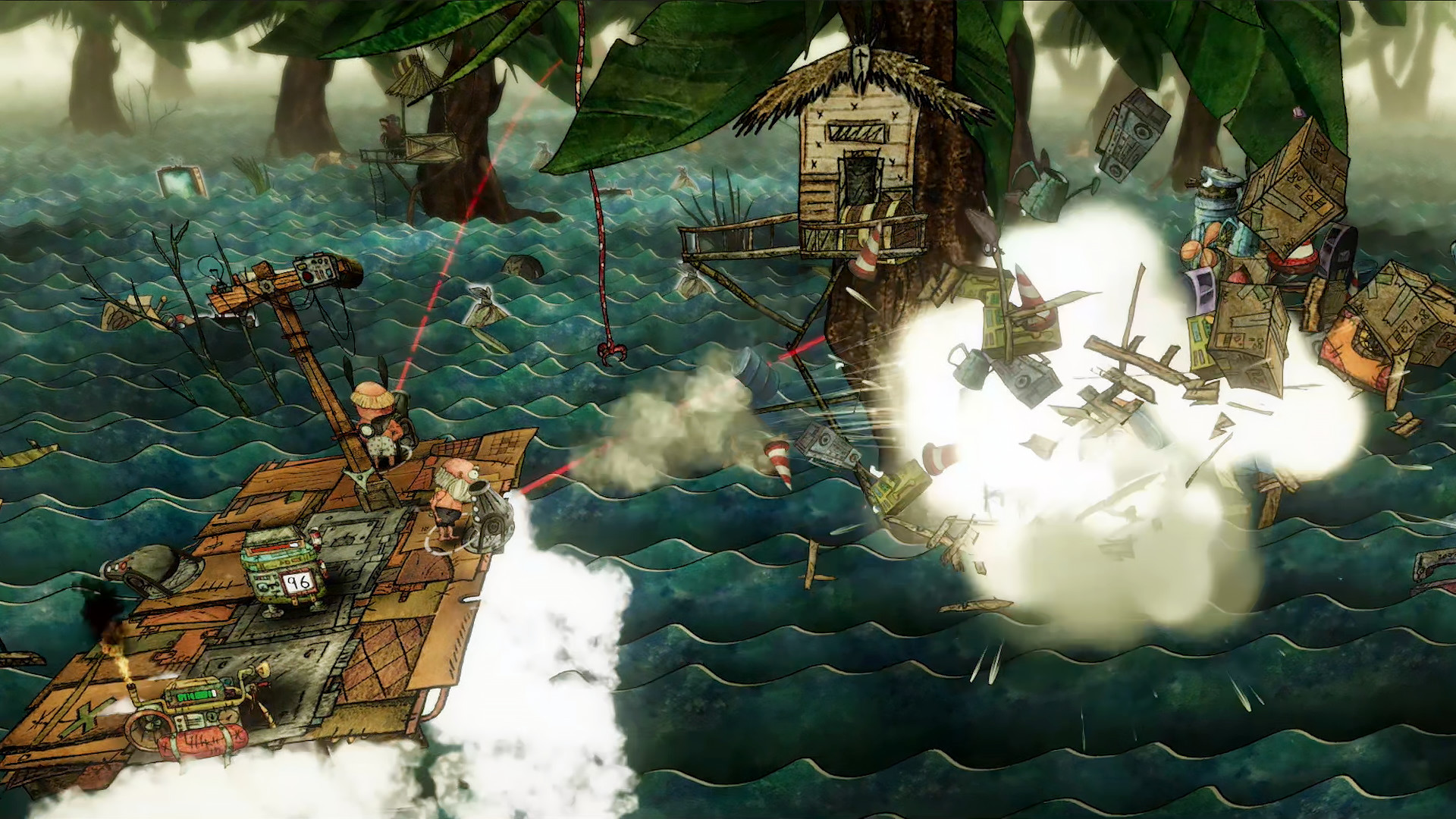 You have the option to use either a keyboard and mouse or a controller, with a gamepad being highly recommended, I didn’t have any issues using the keyboard because the game gives players hints of what the controls are when first jumping in. As stated before, playing solo can be challenging, and the more you progress through the levels, the more you will find yourself sinking to Davey Jones’ locker. Trash Sailors also offers LAN set up and online play for 4 player co-op, and that is where I think the game shines because keeping everyone busy is key to a good cooperative title.

Besides the gameplay, the hand-drawn animation and game environments are seriously impressive. With the attention to detail given to the environments throughout the game, the weather animations, or the lighting effects, these are sadly the small details that may be overlooked when frantically trying to overcome another anime attack or an incoming ship, but they add so much to Trash Sailors it’d be a mistake not to bring it up.

Trash Sailors is a fun co-op party game that shines with its impressive animation and fun gameplay, and it is highly recommended that you do play with friends, as playing solo can be difficult at times. Besides my shortcomings, I think that developer fluckyMachine has done a great job in making an original and very enjoyable game. 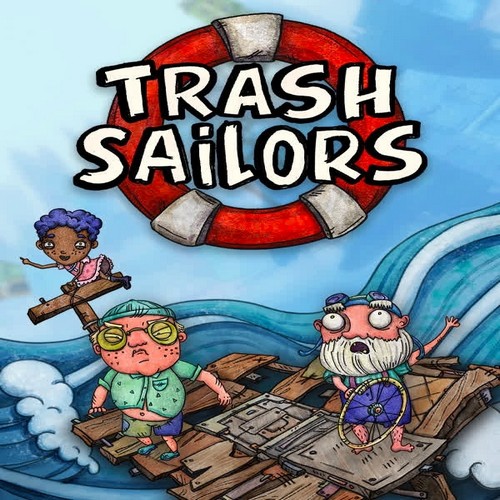 Published by: tinyBuild
Developed by: fluckyMachine

Trash Sailors is a hand-drawn co-op sailing adventure for one to four players. Create the trashiest team in history, in online or local co-op and find your way in the aftermath of a great trash tsunami.