After the not so well received Trine 3: The Artifacts of Power, the Finnish game studio, Frozenbyte, is back with its sequel, Trine 4: The Nightmare Prince. The fourth installment in the series aims to redeem itself from the previous game, which actually came close to shutting the studio down. Set in a medieval fantasy world, the heroes; Amadeus, Pontius and Zoya reunite once again in search of the missing prince. Suffering from nightmares that mysteriously come to life and threaten the world, he must be found and quickly.

In this 2.5D, side-scrolling platform game, players will take control of the three heroes in either single or co-op multiplayer modes and have to work together. They must combine their unique powers and skills to solve various puzzles and obstacles to progress through their adventure. Amadeus the Wizard, uses his telekinetic powers to move objects of various shapes and sizes and can also temporarily summon his own objects. 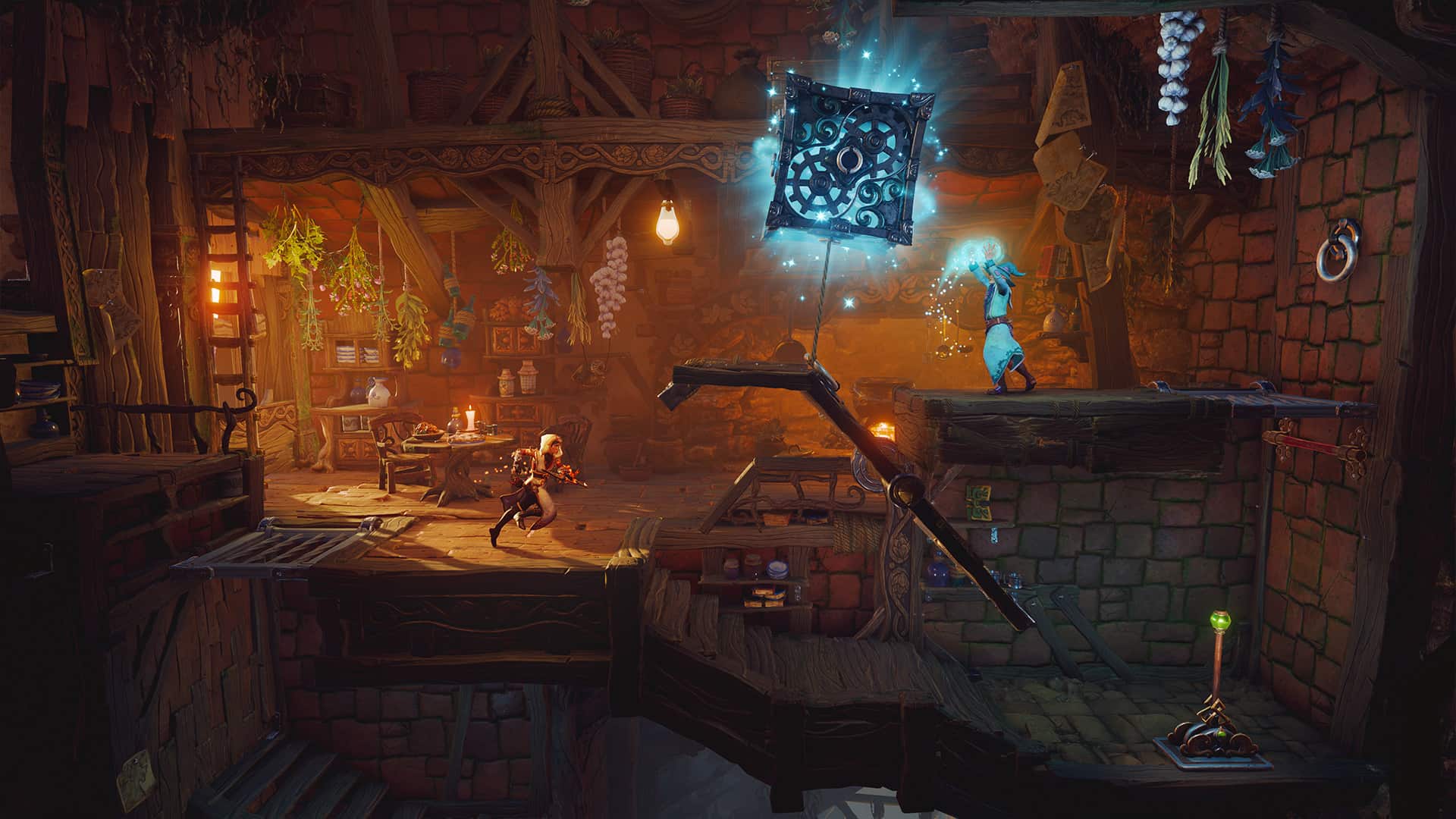 Pontius the Knight, is more combat and power focused, able to destroy certain objects with sword and defend with his shield, which he also uses to knock back projectiles and reflect shining beams of light. He is also the best suited for combat out of the three heroes. Zoya the Thief, is the most agile and makes great use of her bow and arrows and grappling hooks. Solo players will be able to switch between the three characters and at the press of a button, while multiplayer will have each player take control of one of the three protagonists.

The variety of challenging puzzles are definitely the biggest attraction of the series, testing the players’ problem-solving skills with a lot of the puzzles having more than one way to solve them, giving players more options. Getting through each obstacle, which become more difficult as the game progresses, feels incredibly satisfying, rewarding and above all, just plain fun. Co-op Multiplayer mode (which has two versions) is definitely recommended as the entire game’s puzzles change to cater for more players, making it more challenging but also more fun at the same time. The two versions of multiplayer are Unlimited and Classic. Unlimited mode can actually allow up to four players at once, each switching between the three heroes at any time, just like in the single player. 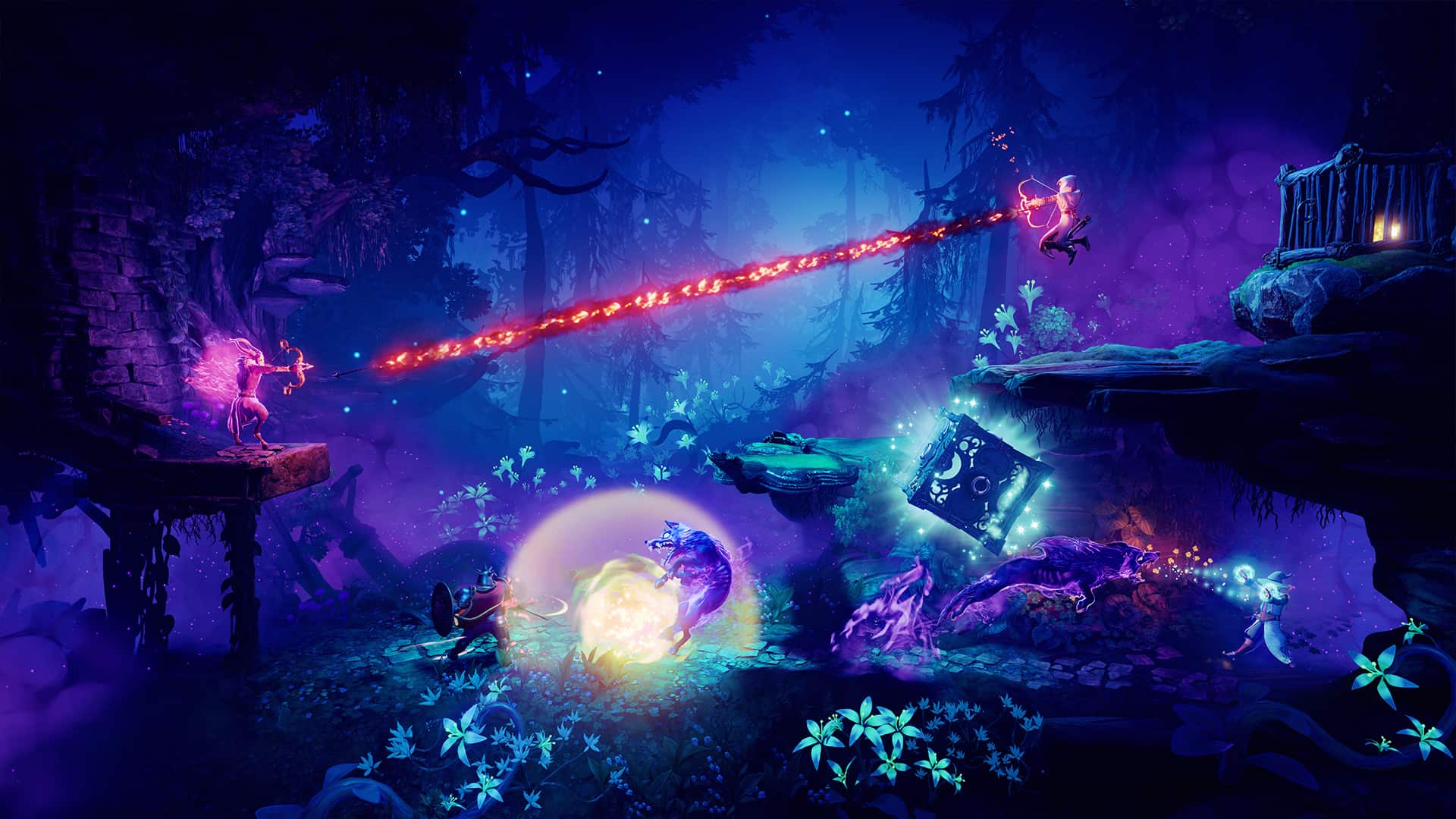 Classic mode is a three-player mode, with each player being assigned one of three heroes and is the more traditional way to play Trine 4. The players are forced to work together which in turn, can lead to a lot of funny and chaotic mishaps, but very worth it if they manage to coordinate and communicate together as a team and achieve their goals. Upgrades to all three heroes will also be also be available to unlock, which will add new skills and powers to aid them on their quest, which is definitely a welcome addition to the series.

The only downside to the gameplay is the combat, which just doesn’t feel very exciting and becomes more of an annoyance. The boss battles are slightly more interesting, but also don’t add much to the game. Playing as Pontius is the best way to eliminate the enemies, but overall the battles just don’t feel necessary when the puzzle design is way more entertaining and enjoyable. 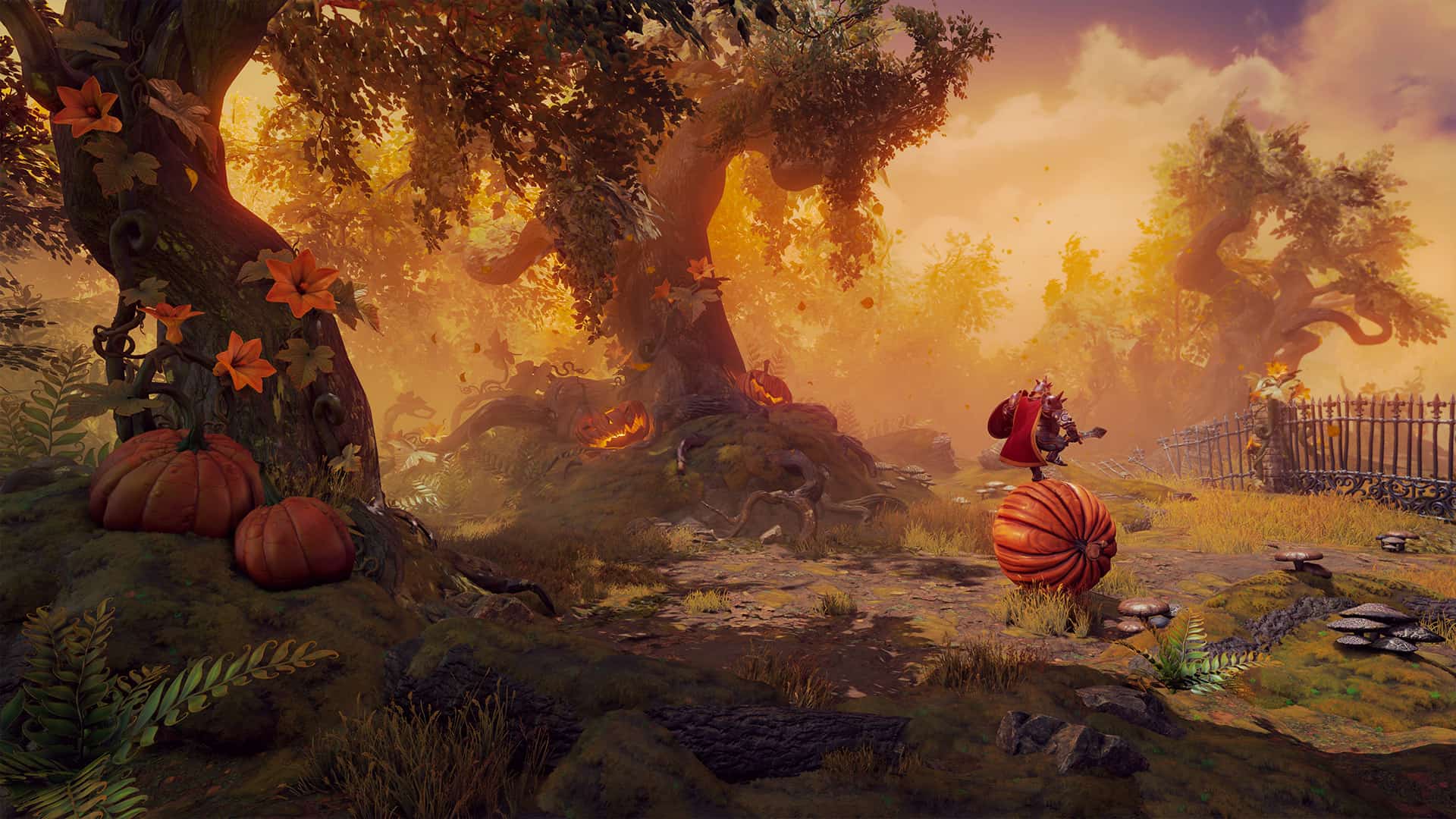 The amazing artwork in the game is some of the best around. Everything from the backgrounds to the foregrounds are incredibly detailed, even in a game that leans more towards cartoonish graphics. The various locations and scenery the players will traverse through are truly sights to behold. Collectibles such as letters and various items are also scattered throughout the levels for players to find.

This sequel is exactly what the series needed (especially after the disappointment of the third game) by sticking to what made the franchise great in the first place, but also adding a few, new welcomed features. Whether the players are fans since the first game or newcomers to the series, Trine 4: The Nightmare Prince is an easy to learn and enjoyable experience for any fan of simple, yet challenging puzzle adventure games. 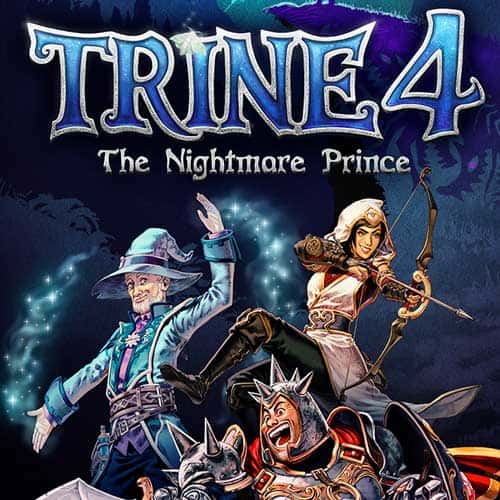 The best-selling Trine series returns to the magic of 2.5D! Join three iconic heroes as they set off on a quest through fantastical fairytale landscapes to save the world from the Nightmare Prince’s shadows.