Published by Kalypso Media and developed by Limbic Entertainment, Tropico 6 is the latest entry in the Tropico series and is a simulation game that revolves around city building, construction, management, and politics. Players will be the President of a tropical island paradise and can build it to be a dream holiday destination or rule it with dictatorship. Along the way, players will face many challenges such as keeping the citizens happy, jobs available, food supply, crime rate low, and maintaining the affection of the people. Already available on other consoles since 2019, Tropico 6 finally makes its way to the Nintendo Switch.

Players will be able to customize nearly every aspect of their President, from the gender, race, outfits, hairstyles, colors, character traits, and even the style of cigar/pipe they smoke, with more customization options that can be unlocked later in the game.

When starting off in the game, players will find plenty of helpful tutorials that help learn everything you need to know, while offering strategies and ideas for building and developing your island paradise. The game does immediately feel like a tropical version of the Sim City games, but Tropico 6 takes a more political approach to the genre and has a very Hispanic Caribbean vibe to it. Every decision and action the player makes can impact the rest of the game and having to manage everything from food supplies, available jobs, keeping businesses alive, keeping the crime rate down, and above all keeping the people happy, can be a very exhausting task, but this gives players a good idea of what it’s like to be a leader to the people. 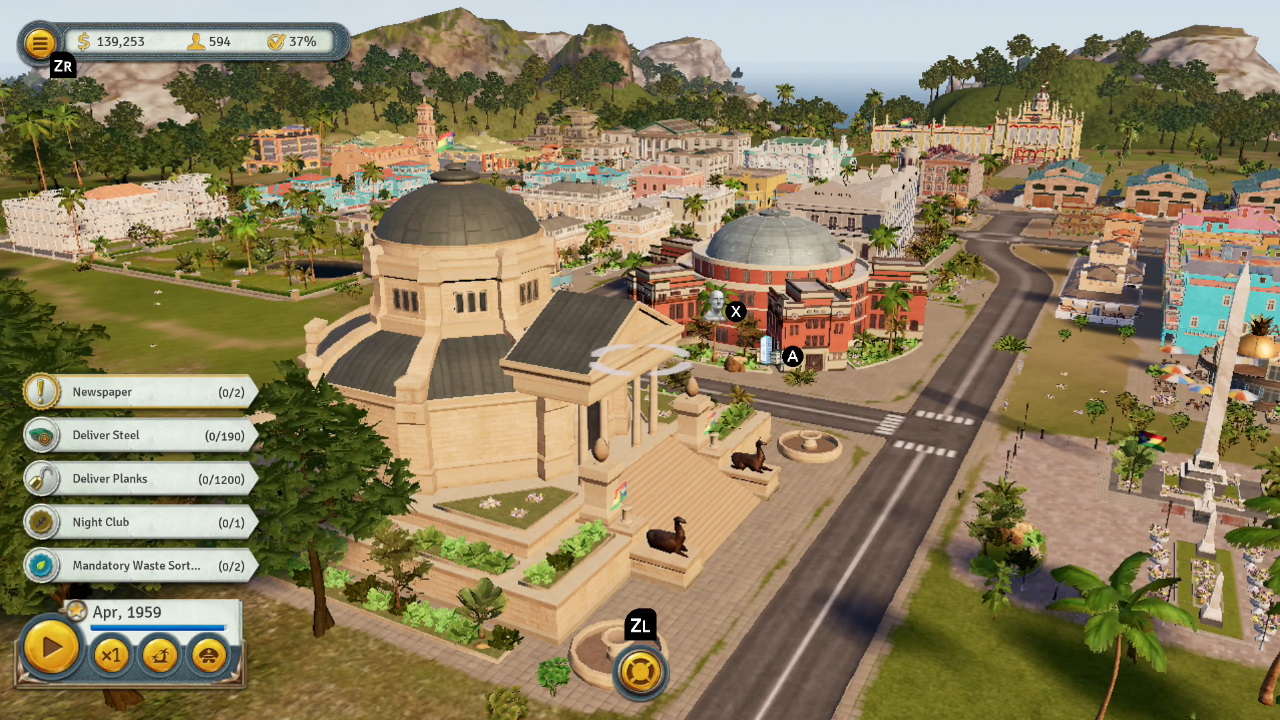 Seeing the islands develop the longer you play the game is incredibly rewarding and satisfying. The Switch version however does have a noticeable graphical downgrade when compared to other consoles. Some buildings and other features up close don’t look as flattering as others, but the views of the tropical islands from afar are still incredibly photogenic, even with the reduced quality in graphics. The graphics in handheld or docked mode don’t show many differences either, though docked mode does make the pixelated lines a lot more noticeable.

The upbeat Caribbean style of music perfectly fits the tropical setting of the game, although the few songs available rotate in an endless loop which can really start to feel old, thankfully there is an option to turn the music off if players choose to do so. It would’ve been nice if more songs were available even they were from the same music genre, especially since this game is a port from other consoles, which would’ve been a good opportunity to add more songs as well as other features.

Even with the graphical downgrade, Tropico 6 feels just as good as it does on other consoles. Putting players in the shoes of the island’s President actually makes for quite a unique, fun, and extraordinary journey as you experience the development and growth of the tropical paradise, all while taking care of the people who look up to you for leadership. 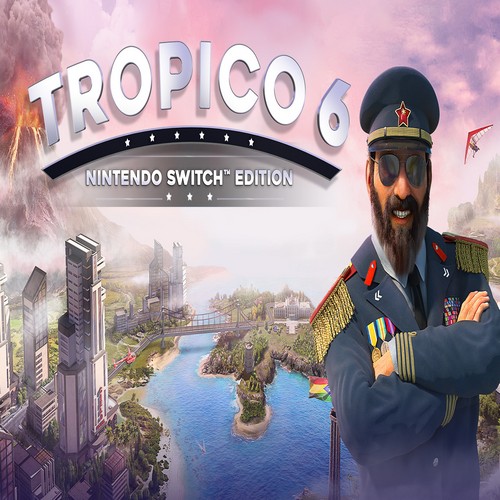