‘Twin Mirror’ is a story-based adventure game that is yet to be released, developed by Dontnod Entertainment and co-produced by Shibuya Productions. For a genre, I have never really come across I was very confused starting this game. I had no idea what I was doing when the game loaded up a leather jacket-wearing man with a musky voice brooding over his memories in a somewhat isolated town, and then instantly depicted him as this hateful non-caring guy when interacting with others. I knew this story was going somewhere, just didn’t know if it was going to be a good or a bad one.

The idea of Twin Mirror seems to revolve around the mind palace you frequently enter to learn about the character you play, Sam Higgs, learning about his personality and past.
Sam, a reporter who ruined the town’s workforce by writing an article about the mines, is hated by essentially all those who live in Basswood, however, he must return. After much contemplation and arguing with what seems to be his conscience and after the sudden death of his friend, things only complicate after his wake. That’s not even the tip of the game. 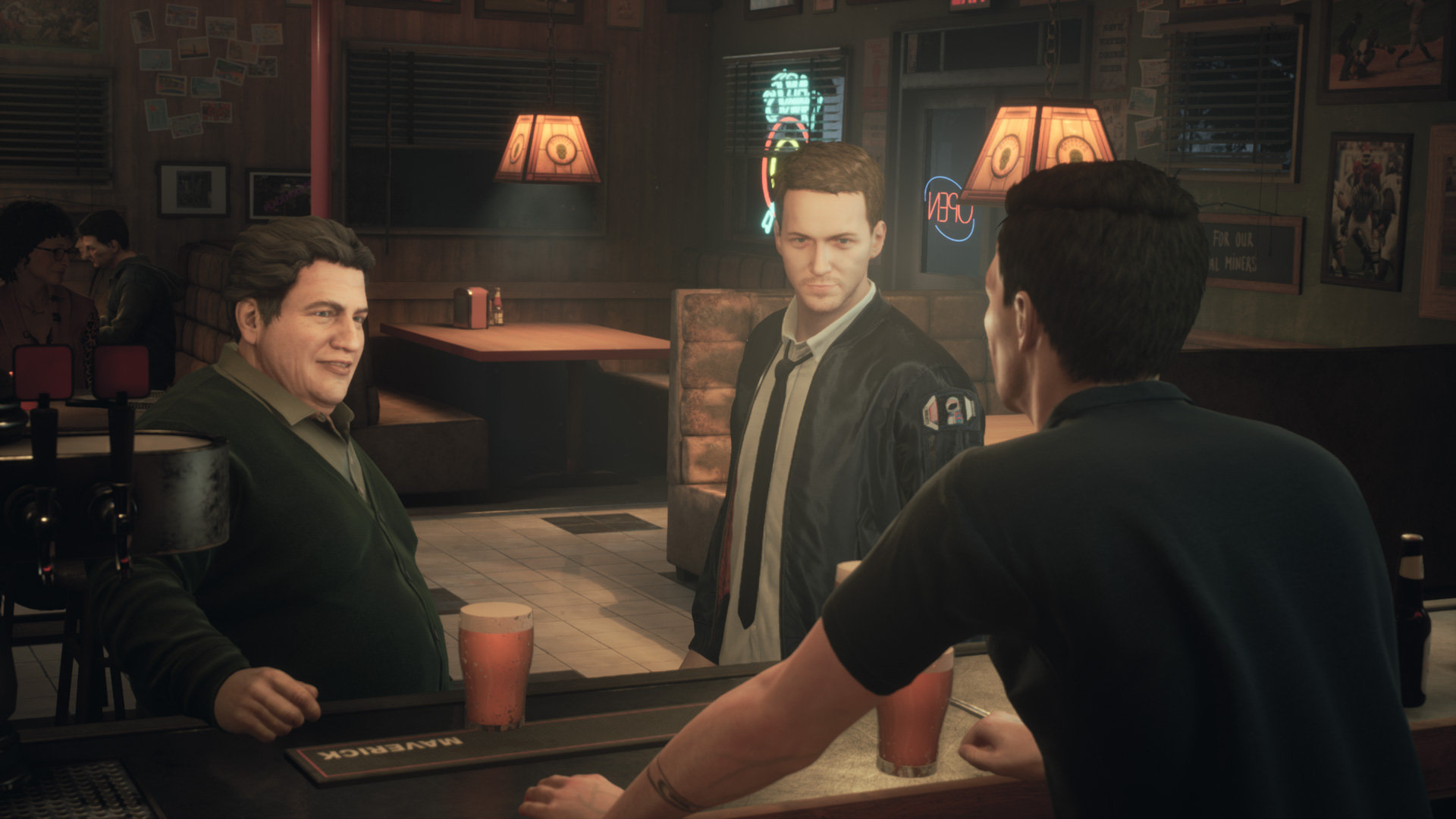 For a new player, the controls were interesting to learn, holding down the left click, and then pressing the button to view/read/interact was not the type of typical controls I was used to. I slowly adapted, getting more and more into the gameplay as I progressed and collected information to push the story onwards.

Overall, the appearance of this game was very dark and moody with the characters all dressed like typical small towners and the interactions all revolved around every character knowing each other, leading you to learn more about everyone’s personalities through one another. Not really new for any type of game, so very much stock standard stuff.

Twin Mirror had bugs, small ones but for a non-released game, it was expected. The overall actions of each character didn’t seem very accurate, or very human. You had characters staring deep into your soul for casual conversations and weird hand gestures every once and awhile. While creepy interactions, it kept your attention focused on the characters’ body language, which seemed obsolete because the gestures just made no sense. 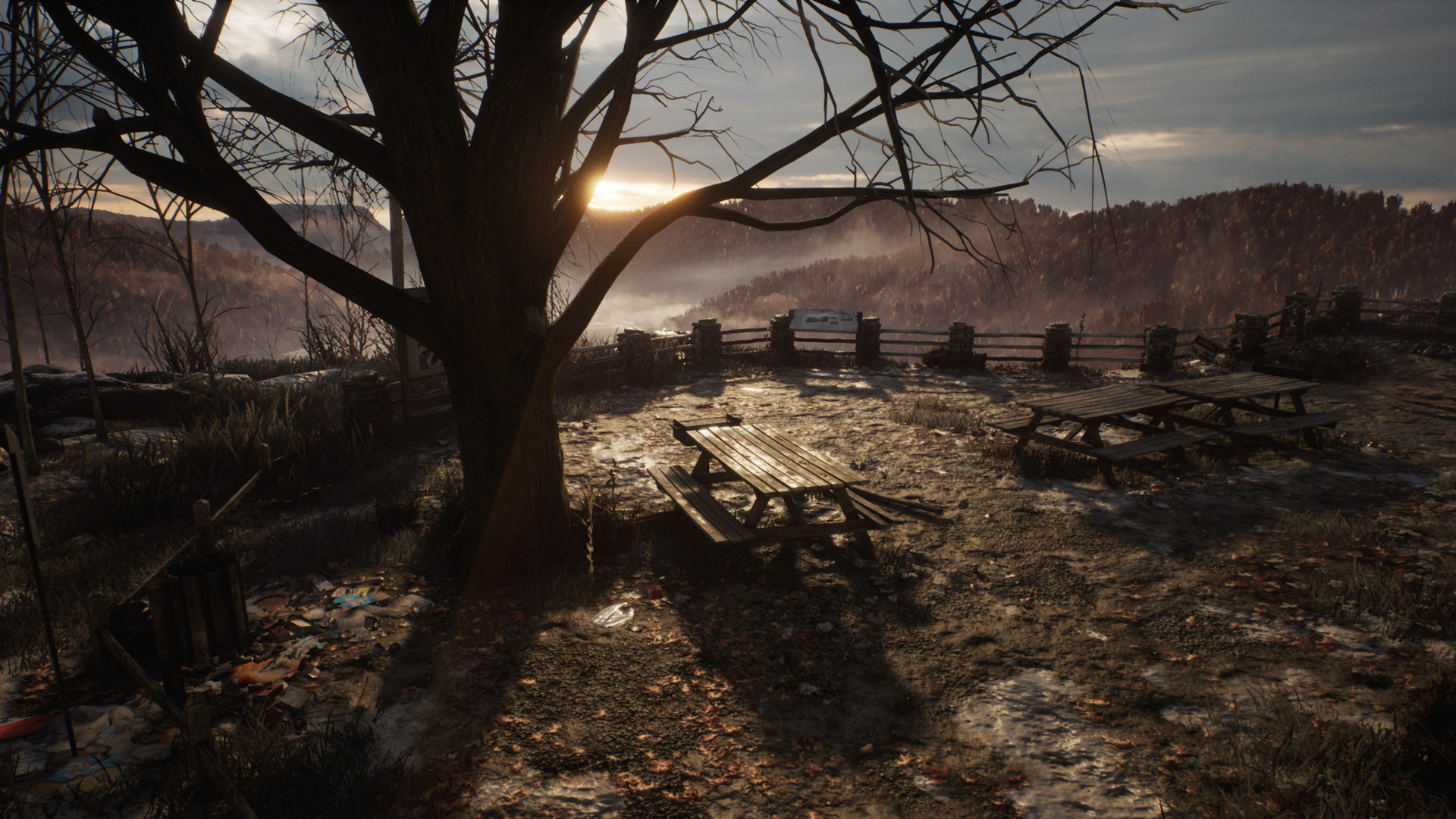 The overall map design and interactives were also confusing considering I’d spend 5 minutes walking slowly to each part of the area to make sure I had all the information before continuing. Also, when I was thrown into high intense areas or the mind palace I was sometimes stuck wandering or failing to do tasks because I wasn’t familiar with where I should’ve been heading. It didn’t make these parts of the game bad, just took longer to complete sections that in hindsight were super easy.

Initially, the look of this title isn’t anything new, it’s rather plain and wouldn’t be the first choice for many experienced players within the genre however I am enjoying the story and the different characters, especially Tara, the blabbermouth. While not something new to anyone who is already familiar with this genre, however, if you’re interested in a dark mysterious story, I would consider checking it out since it was pretty entertaining. 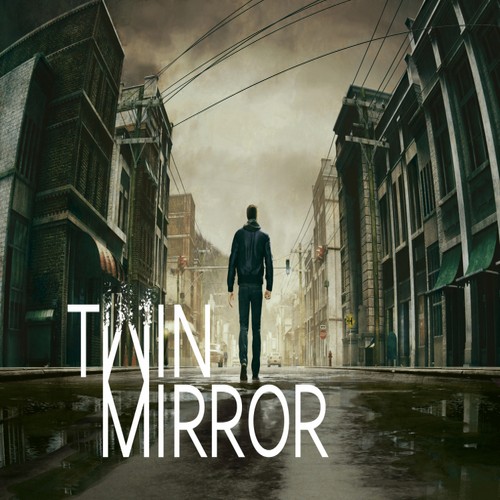 Sam Higgs was done with Basswood, West Virginia, but it seems it wasn’t done with him. When the former investigative journalist returns to his hometown to say a final farewell to his best friend, it soon becomes clear that there are more chapters to be written in his troubled history.