Welcome to UnderMine. Come visit the wonderful Delvemore mine, where gold is a plenty and death is a certainty! If you are searching for your next classically inspired, rouge-like, dungeon diver then Thorium Entertainment has you covered. Undermine, originally release into early access 2019, has since, officially released on PC, Xbox, and PlayStation, and now, in 2020, made its way onto the Nintendo Switch.

I am very thankful for the nostalgia-inducing sprites and artwork and was gleefully anticipating my new adventure in this title. It’s simple, yet effective and held a surprising amount of detail in the little things. The hub, where you will start each run, has a rustic fantasy theme that helps to sell the feeling of living underground. The 8-bit themed graphics have stagnated backdrops that are procedurally generated for each run. There are different themes depending on how deep you venture into the mines, however, after your 50th run, it does feel a little underwhelming at how much gets recycled. The game has a nice soundtrack to fall back on, however, and it does a great job of setting the tone of each floor and provides a sense of consistency.

UnderMine is almost solely reliant on the randomly generated gameplay loop. Use your pickaxe to mine gold chunks and kill everything you come across to unlock the next room. Every time you die, your corpse is left to rot while your familiar passes on as much gold as it can carry to the next peasant. You are not given much in terms of story-driven content. You are but a lowly peasant that has been sent into the mine by the Archmage Arkonos, to investigate the continuing earthquakes plaguing the mines. Outside of that nugget of information and the occasional character you help rescue from the mines, there isn’t much else to tell. It does seem like a risk to forgo traditional storytelling, but the game dabbles with a heavy risk vs reward gameplay loop anyway, so it all comes full circle. 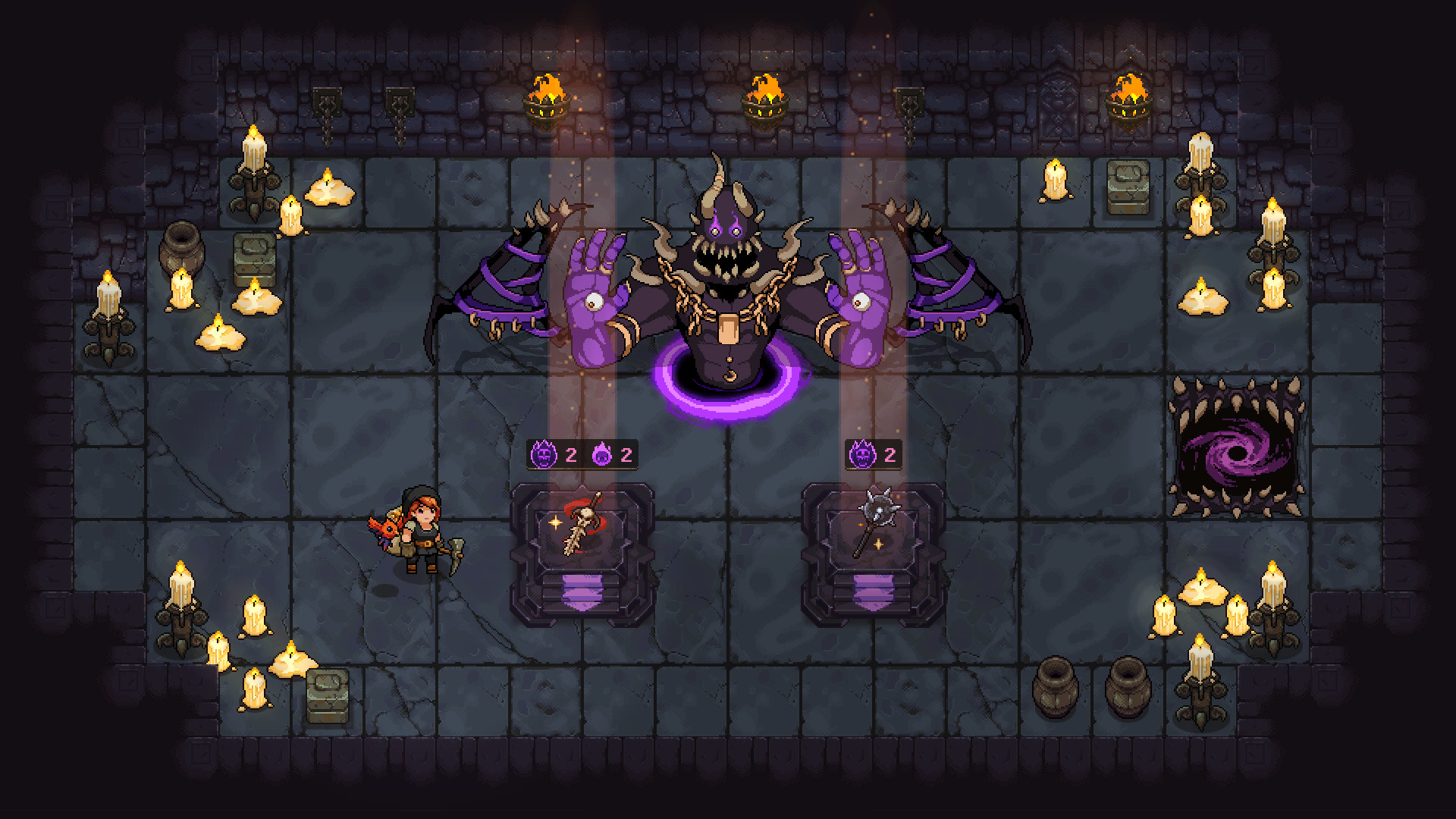 Your first run in the mine will start with a simple pickaxe, that conveniently can also be thrown like a boomerang. Hacking away at the creatures of the mine is as easy as spamming the attack or throw button, which you can freely assign to any button, might I add. A button is used to drop a bomb if you are so lucky to find some which can be used against objects or foes. And there is also the trusted jump button which is your only option to avoid an attack if you are without a helpful relic pick up that is.

During your adventures, you can collect over 154 relics that can drastically change your fighting abilities. For example, adding a lightning strikes relic to your throwing ability can turn puddles of water into death traps which can help control a group of unwavering enemies easily. Finding these upgrades, however, is where the risk plays into your run. It takes four floors to reach the boss and you will want to walk in well equipped.

The more you explore, the more you are likely to run into a room full of annoying bats that can chunk your health away, one room before the boss, with no way to regain your health. If you are trying to play it safe, you might find the shop on each floor and spend your gold on a potion or one of their relics. If you are desperate, you might even make a deal with Sho’guul the opulent demon for some cursed upgrades that may give you a damage buff but now you take damage every time you jump, in a very much a give and take relationship style. 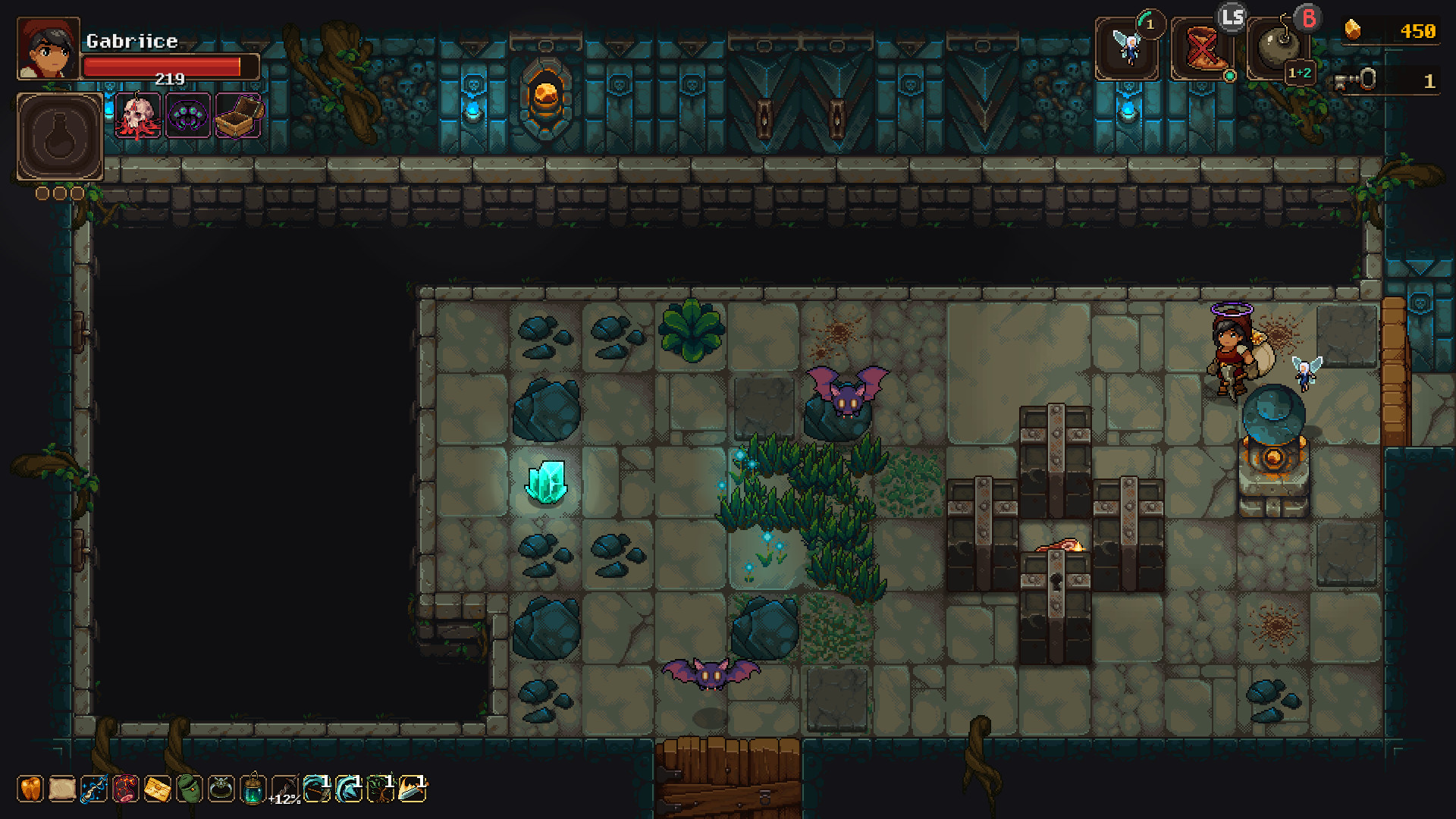 I mentioned earlier that you keep a certain amount of gold upon death, this can be invested into permanent upgrades such as a damage buff or a bigger health pool. I personally, saved as much gold as I could to keep upgrading my gold bag so I would keep more gold with each death. These become crucial because when you die, and you will, you drop every relic and potion you found on your last run.

This is where the most polarising aspect of the game comes into play, permanent upgrades become pricey relatively quick and you don’t find a lot of gold early on. Randomly generated rooms can seem harshly unbalanced, you could venture through three floors and not be touched or be bombarded in one room and be left with a quarter of your health.

Thorium Entertainment is gambling on the idea that repetition with sometimes diminishing returns, will be overlooked by the ultimate goal that you will eventually, be stronger. The truly dedicated will reap the vast rewards on offer. While the casual fan may be stuck grinding the same levels over and over with no real sense of progression. It’s a shame because the later stages of the game make the starting areas seem so empty and bland in comparison. There could be a significant number of players that may never reach that point, given how slowly it can feel to build up the hub and your base stats. Alas, UnderMine is well worth the old college try, for anyone that is interested in the Rouge-like genre and is a perfect fit, for the Nintendo Switch. 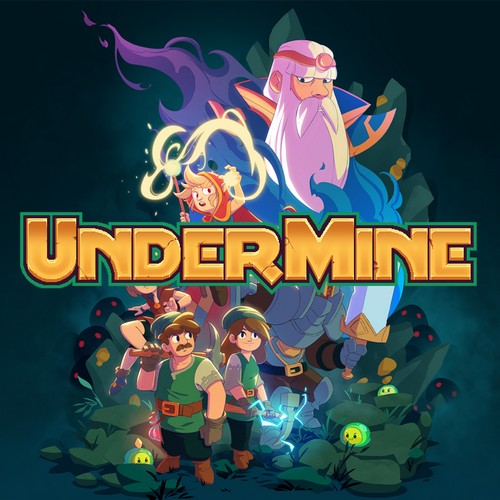 An action-adventure roguelike with a bit of RPG tossed in. Adventure deep into the UnderMine and discover powerful relics, deadly enemies, hidden secrets, and a few friends to help along the way.