Walking Zombie 2 was developed and published by Alda Games. This new free to play, zombie apocalypse first person shooter offers a whole lot of fun. It’s an energetic and funny shooter with RPG elements and a cartoon/Minecraft look that does not take itself too seriously.

With a story-line that isn’t too complicated or too serious, your journey begins with your birth. You were born with an immunity to the zombie virus, giving you the best chance of survival and humanity a shred of hope.

Starting off with a quick, simple and humorous tutorial, you jump straight into the world of Walking Zombie 2. Once completed, you are introduced to a few fellow survivors, including your mentor, Elder (yes, that is his name), who raised you since you were a baby. Starting out in this small camp with a few survivors, you’ll be able to complete a significant number of re-playable defense and hunt missions for extra cash and experience. 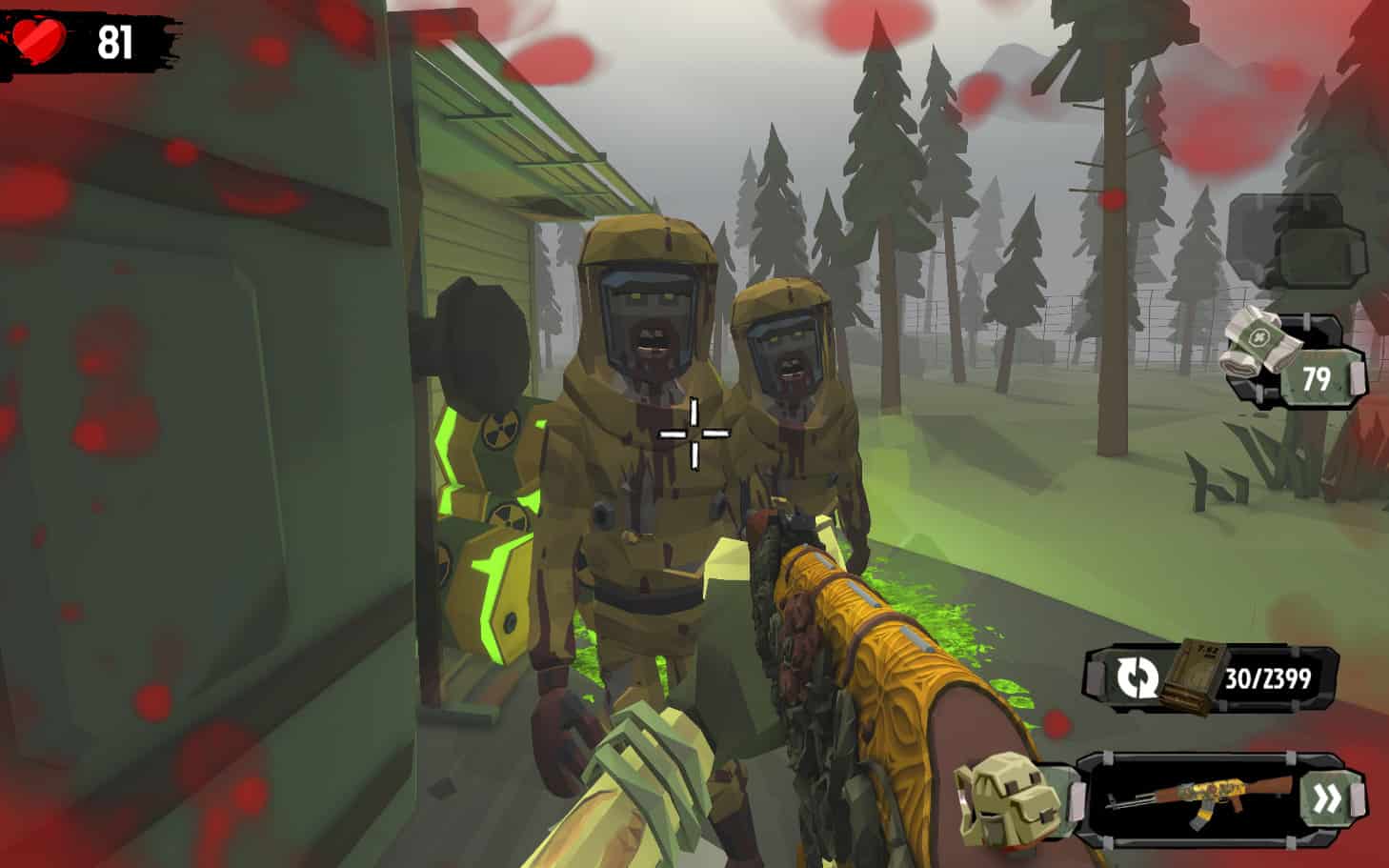 As you become more confident and move further away from home, humans and zombies alike become more powerful as you fight through hordes and bosses alike. The further you push out into the open world, the more struggles you’ll encounter and the more you’ll be forced to adapt and overcome as you explore this new apocalyptic world, constantly seeking out ways to create a cure and save the world.

To help you on your way, you’ll be able to unlock a variety of vehicles and perks, along with weapons you can customize and make your own. Touching again on the role playing elements, skill points and perks will influence your health, damage dealt and trading abilities. As you stumble around the playable world, you’ll also come across books that will grant you little bonuses to your skills.

With easy to master controls and straightforward game mechanics, Walking Zombie 2 could be very appealing for most players, but while the open world does bring a sense of freedom, most missions are very linear. Frustratingly, nearly every mission has you travelling back and forth between several locations. This wouldn’t really be a huge issue, but ammunition and fuel can very quickly become scarce, limiting your game time. 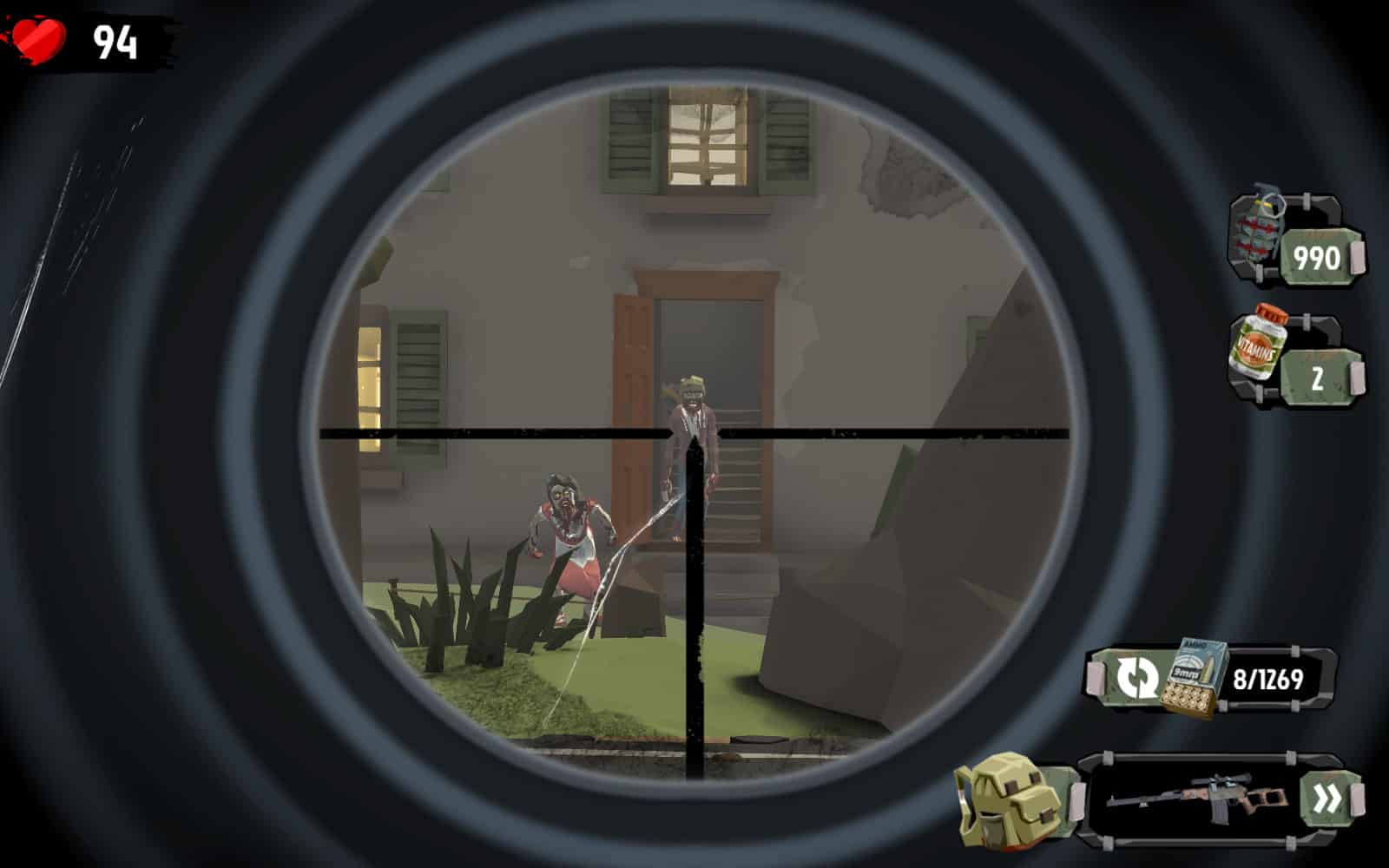 Travelling anywhere requires fuel, and while you acquire a small amount every hour, this will only get you so far – especially later on in the game. You can overcome this by spending real money, as micro-transactions are pushed on you almost every time you open your inventory. Together with being unable to save the game manually, this has to be the biggest drawback to an otherwise fun game.

A simple control scheme, Minecraft-like graphics and aspects of both role playing and first person shooter games, Walking Zombie 2 is a fun and enjoyable game that appeals to a wider audience. Unfortunately, what seems to be a winning formula is let down by inconsistent game play, as you’re constantly reminded you can buy more game time by spending real money on in game fuel, or being forced to wait for the next auto-save before moving on to other things. 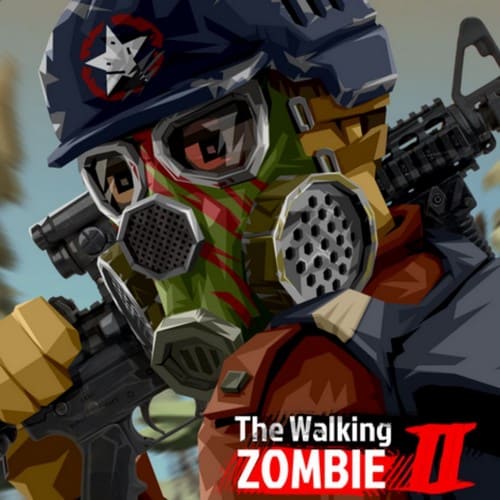