“What Comes After” by Rolling Glory Jam and Fahmitsu, isn’t an incredibly long game but it is a game that will make you look at the world for the better, something we all definitely need in this trying time. What Comes After opens up the heart and the mind; a rarity in itself.

What Comes After follows the travels of Vivi, a sad and lonely young adult traveling home on a train, in the dead of night. Dozing off, she follows the train all the way to the end of the line missing her stop and running into its new riders. Now full of ghosts, Vivi discovers after the last stop the train then delivers the recently dead to what comes after. How did Vivi make it on to this ghost train? Why do the ghosts sense a deep sadness in Vivi? These are just some of the questions this game endeavors to solve as she decided to get to know these newly deceased travelers. 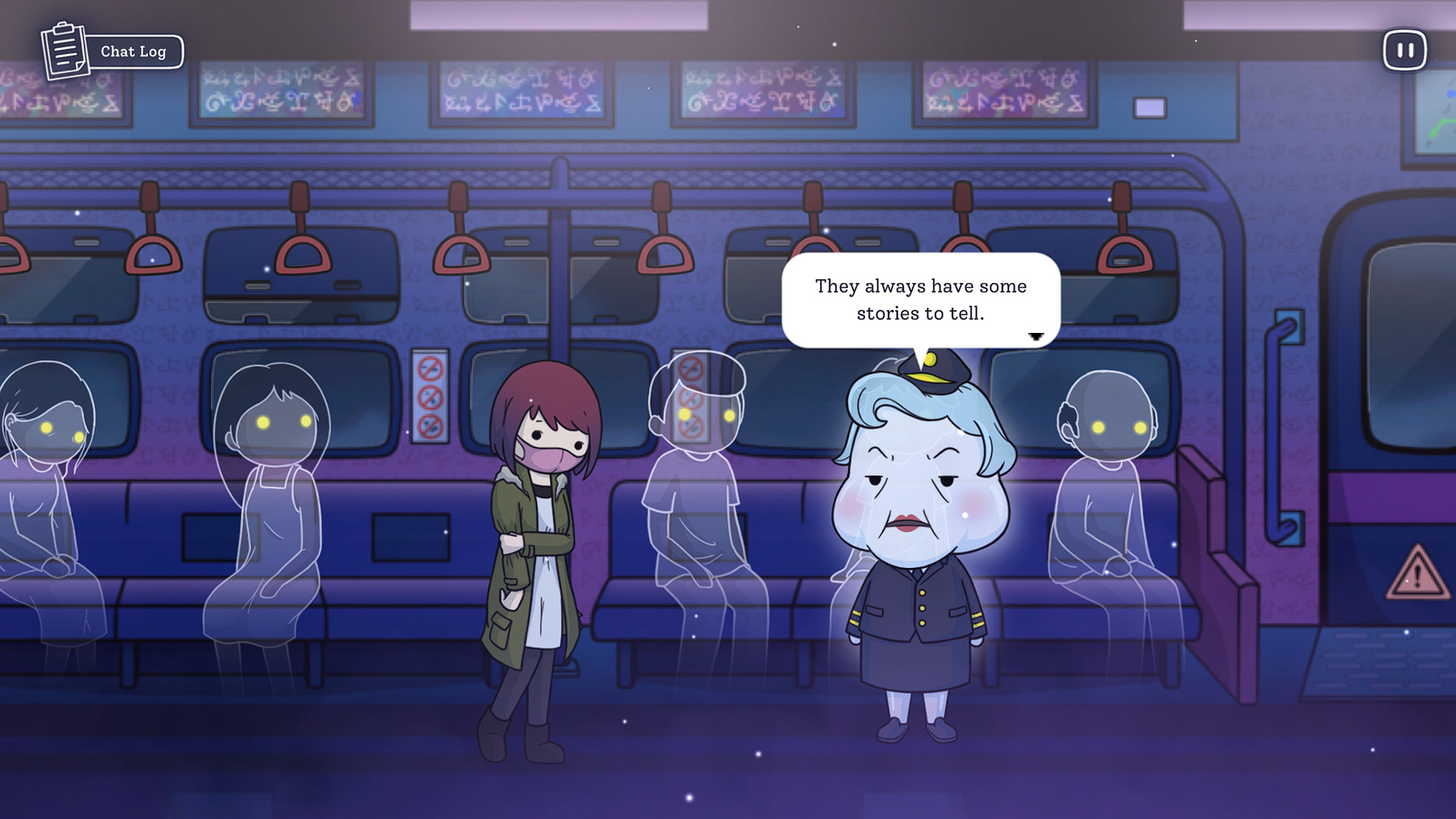 Firstly, to be warned, this a very story-driven game. There is no action or actual gameplay other than walking from character to character and talking and learning from them. That is it really, the true goal of this game is learning. This game is about learning that life is hard but not without its own beauty. This game is about embracing the inevitable and mourning what could have or couldn’t have been. While being incredibly short, only taking an hour to complete, it creates a somewhat reflective aura after playing, that had me thinking about my own ways to just embrace life a bit more. It is all a very feel-good play in the end despite the morbid initial premise.

The graphics are a whimsical cartoon style, with bright colours and dark hues symbolising the transition between the living world and the afterlife. While they aren’t anything we haven’t seen before, they certainly fit the context of the story well and are quite cute. The music is just ambient background noise, nothing too memorable, but it also keeps the tone light in comparison to the content of life after death. The game looks the same in handheld mode or docked and on the T.V. but this time I preferred being curled up in bed in handheld to absorb this tale. 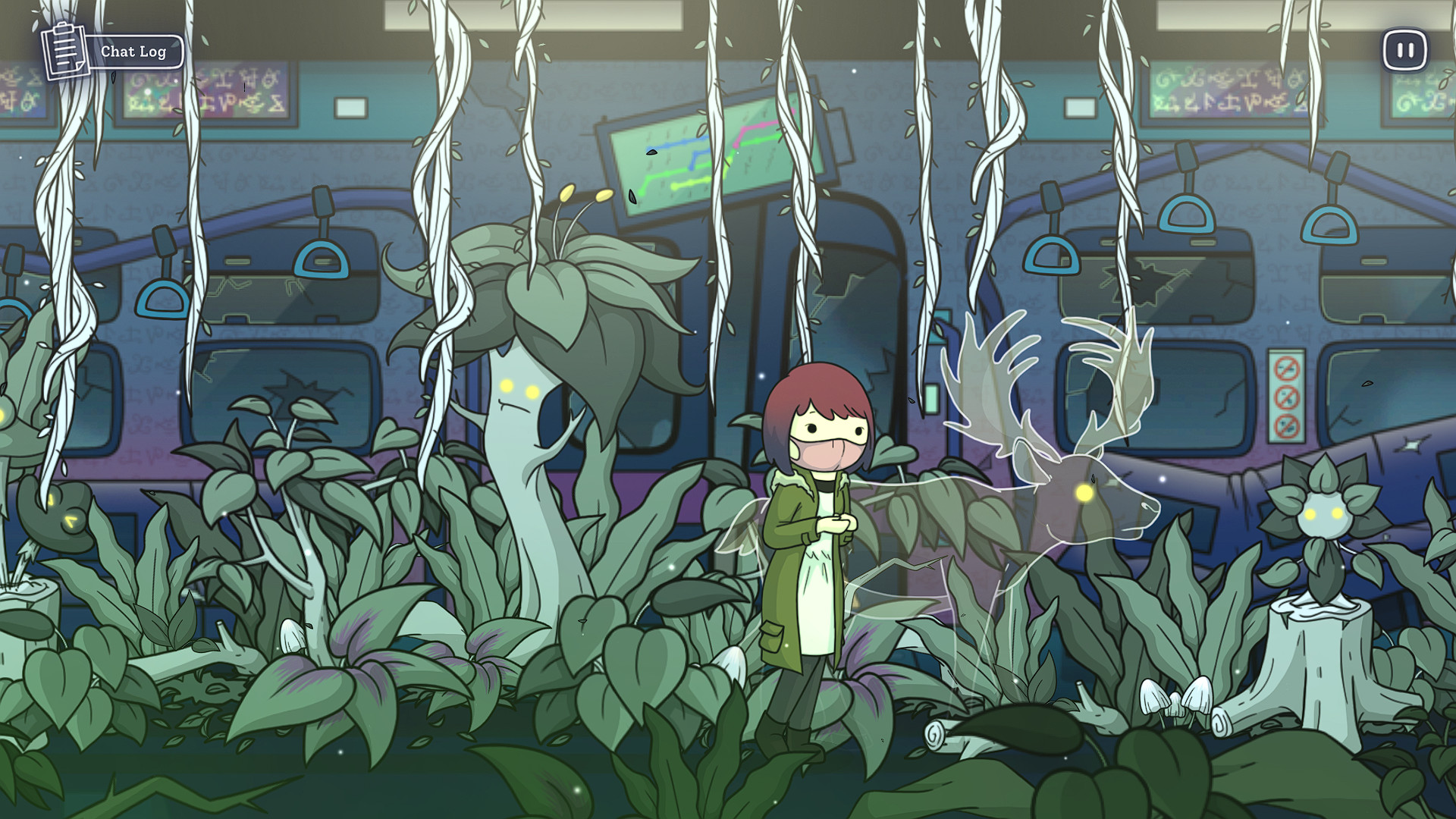 I wish the story had voice acting as this missed opportunity would have really ingrained the emotions they are trying to convey instead of the irritating sound the words make as they scroll across the screen. I also wish the story had been longer, I was really starting to get into these ideas and the messages they were giving the viewer at home, even with the inclusion of plants and animals and their transition to the afterlife. Just as I was starting to get those warm and fuzzies it ended.

Overall, What Comes After is not really a game but more a reflective tool on embracing and accepting the life we have before us. While only short, the small impact it does have will have you thinking about it long after you have put the Nintendo Switch down. 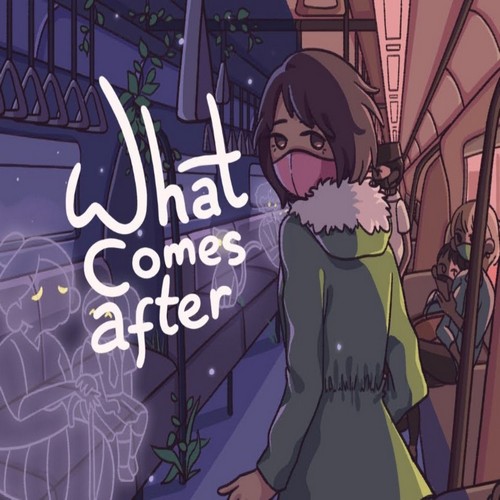 What Comes After is a side-scrolling adventure and a short heartwarming story about learning how to love yourself. Help Vivi in her journey on the train to the afterlife and back.