When The Past Was Around

Puzzle games have never really been my thing. I will quite often overlook even the most obvious of details while scrutinizing things that really don’t require any attention. As a result, I find them to be somewhat frustrating to play and will generally avoid them, even really popular action-adventure puzzlers like Tomb Raider.

When the boss slid into my DM’s and asked me to review ‘When the Past Was Around’, I was a little hesitant and felt like I wouldn’t give it a fair go.

Developed by Mojiken Studios and published by Toge Productions, When the Past Was Around is a point and click puzzle game. Players will progress through stages by exploring the scene, searching for items and clues before solving puzzles that get more complex as the game goes on. As players complete each scene, they are awarded a single feather; a trinket to help remember a partner who had passed and help the main character remember what she had and move on with her life. 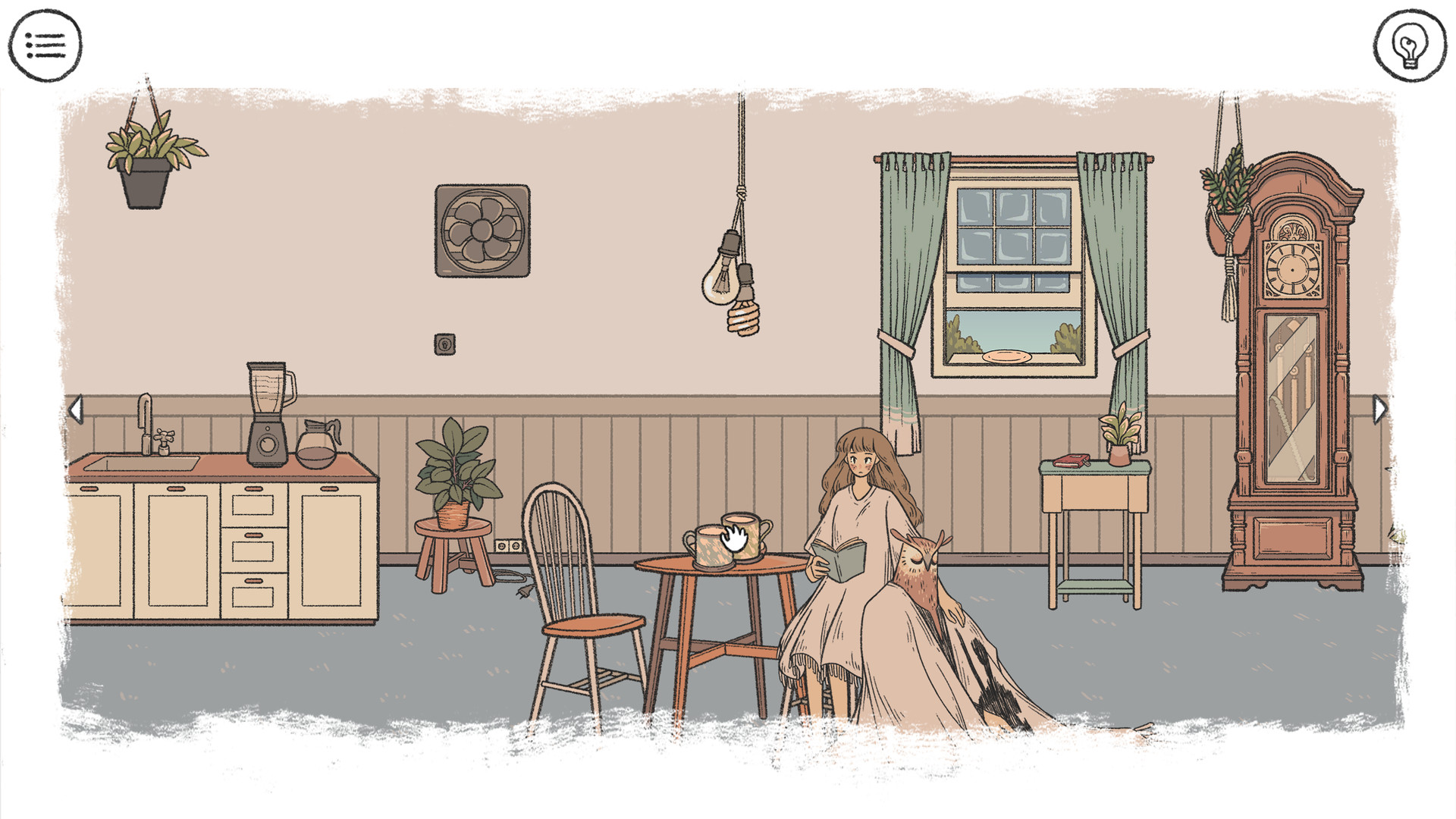 Sadly, there isn’t much in the way of context with the story and nothing is really explained to you. We’re initially introduced to a young, seemingly heartbroken woman and a shadowy figure locked in a cage. As we move our mouse about the scene, the cursor will change its form dependant on whether an object can be picked up or investigated more closely, and I only discovered what I was meant to do through trial and error, not noticing the little hint icon on the top corner of my screen.

Fumbling about, I was lucky enough to earn my first feather for the prologue, freeing the shadowy figure from its cage and slowly lightening the mood of the game. A couple more scenes in, and I had completely restored the shadowed figure to a recognisable state and the prologue was done.

When the Past Was Around is a surprisingly beautiful game, even without spoken or written dialogue. The art style, which seems to be a mix of water coloured backdrops and pastel anime characters inspired by some of the earlier Studio Ghibli movies, does an incredible job at portraying the way the main character feels, putting her at home in the various scenes that make up the game. While the art is quite minimal in its approach, there is still more than enough beautiful detail to accurately represent the characters feelings and locations, and with very minimal animation, there is more than enough life in the scenes to feel a connection of some kind. 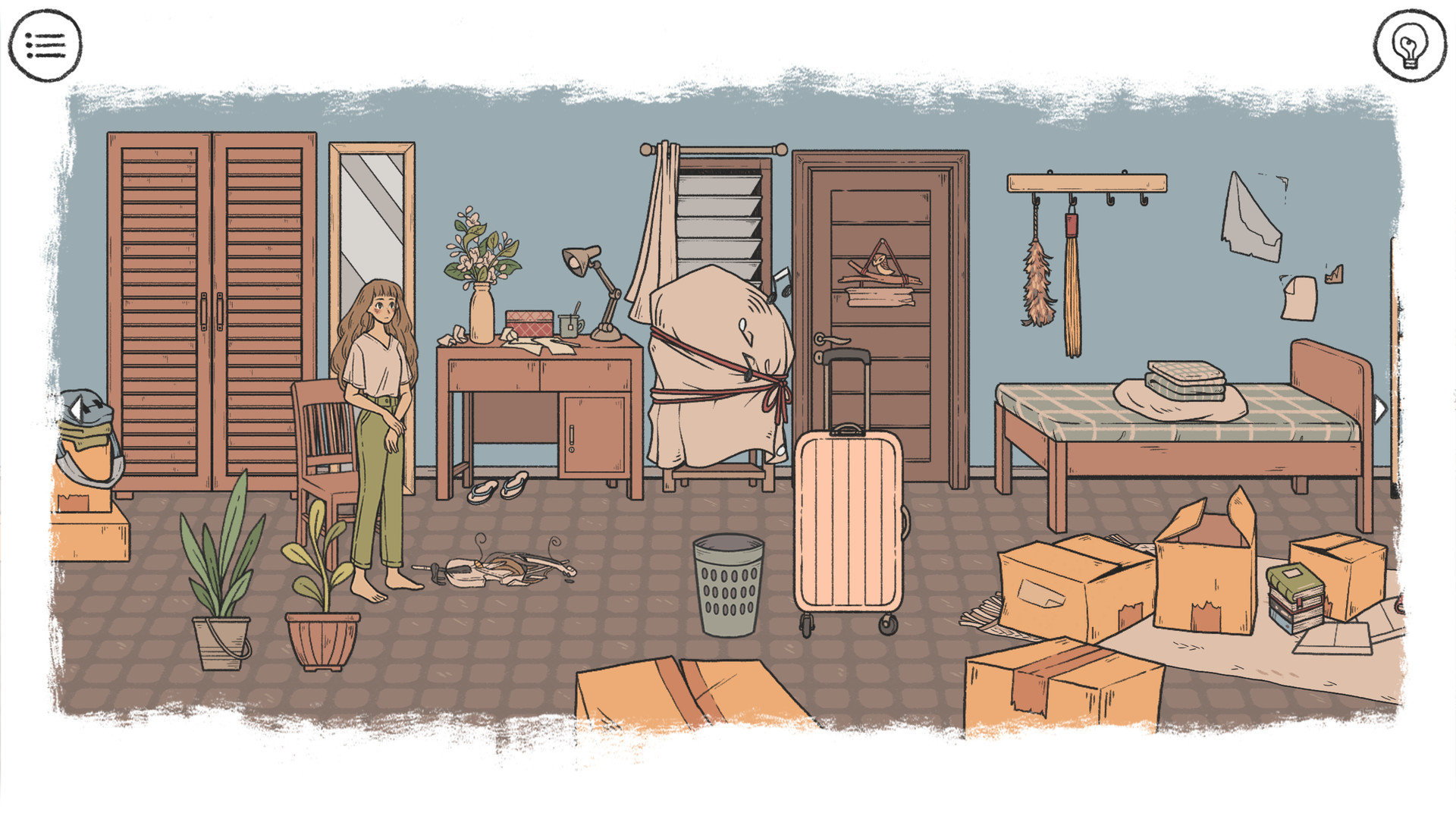 Given the character and her late companion were both musicians, When the Past Was Around features a beautiful original soundtrack that is constantly present as the game plays through, though often with slight differences. Sometimes it’ll be a little softer, or the tempo has been reduced to a more calming pace, while other times, when the characters are at their happiest it’ll be slightly faster and more exciting. Though I’m not really a fan of the violin, I did find myself humming along at times and I appreciated it immensely when the tune was led by other instruments on occasion.

I was surprised by When the Past Was Around. Mojiken Studios have done a fantastic job in creating a game with a story that is very uniquely delivered and emotions that are powerfully expressed without use of dialogue. Beautifully crafted scenes are presented hand in hand with a perfectly balanced sound track. I soon forgot my frustrations with puzzle games, eagerly playing to see where the story went next.

It’s not often a movie can deliver so much emotion based on music and picture alone, and I can’t say that I have seen a videogame do this either, at least not until now. This is right up there with the movie Wall-E with how well the story presents itself.

When The Past Was Around 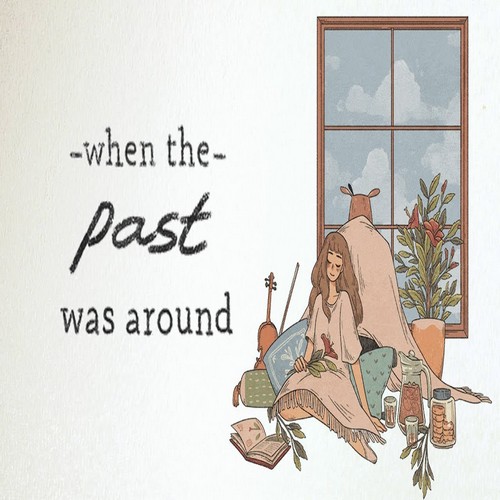 When the Past was Around is an adventure point-and-click puzzle game about love, moving on, letting go, and the joy and pain of everything in between.