With Halloween rolling around the corner today’s review is about a witch-themed, hiding game. ‘Witch It’ reminds me of all the Hide’n’Seek themed games I’ve played in the past, it’s simple and it’s fun for any and all ages. Barrel Roll Games, the developers of the game have absolutely aced the cartoon-like aesthetic, which they leaned into for every aspect of this game, from the abilities used by the witches to the medieval design of the maps.

As a witch, when the game starts, you have a certain amount of time to hide by changing into the props that are around the map. When the hunters are released you have 2 skills that you can activate during the round, which can be changed before the start of the game, very much like the prop hunt made famous by the Call of Duty franchise.

The goal is to survive for as long as possible with your HP bar being placed in the bottom left and can be changed by the size of the object you choose to be. 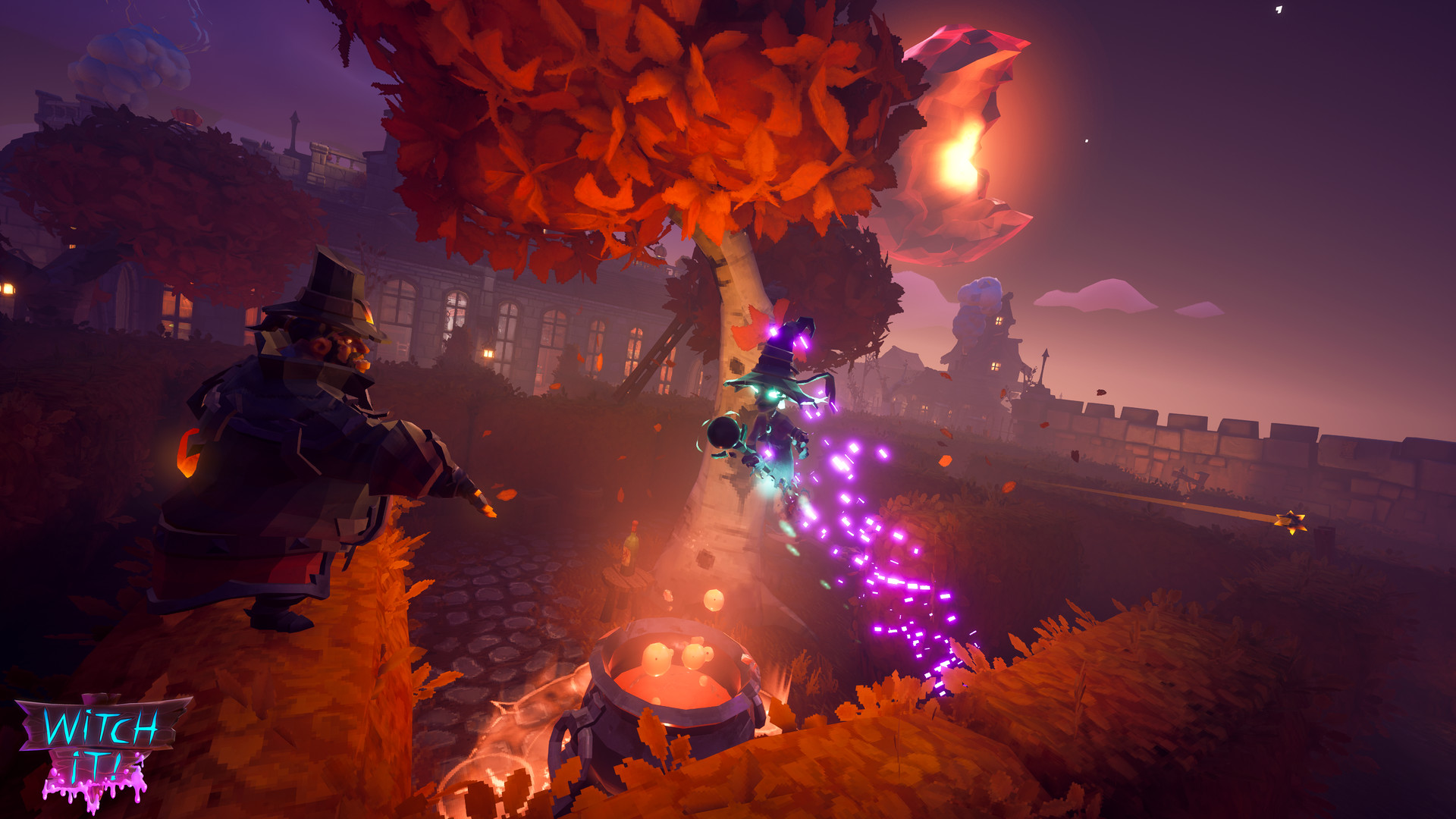 It’s quite the opposite for the hunters however as you hunt the witches with your abilities. The witches have skills that will earn them more rewards for revealing their location, or skills that can blind a hunter for a certain amount of time. One interesting skill is a chicken that will freak out if there is a witch nearby which I find to be the most helpful as a hunter. After you’ve been found and killed you will also be turned into a hunter, turning on your former teammates.

For a game based on childhood activities, it’s very stereotyped in its player models. The hunters are big buffoons looking peasants, while the witches are green in skin and long-nosed.

Even the maps aren’t limited with its props as players are allowed to create their own custom maps with a Creative Mode so even if players complain about lack of props or are bored of the same thing, the developers have allowed players to create more. 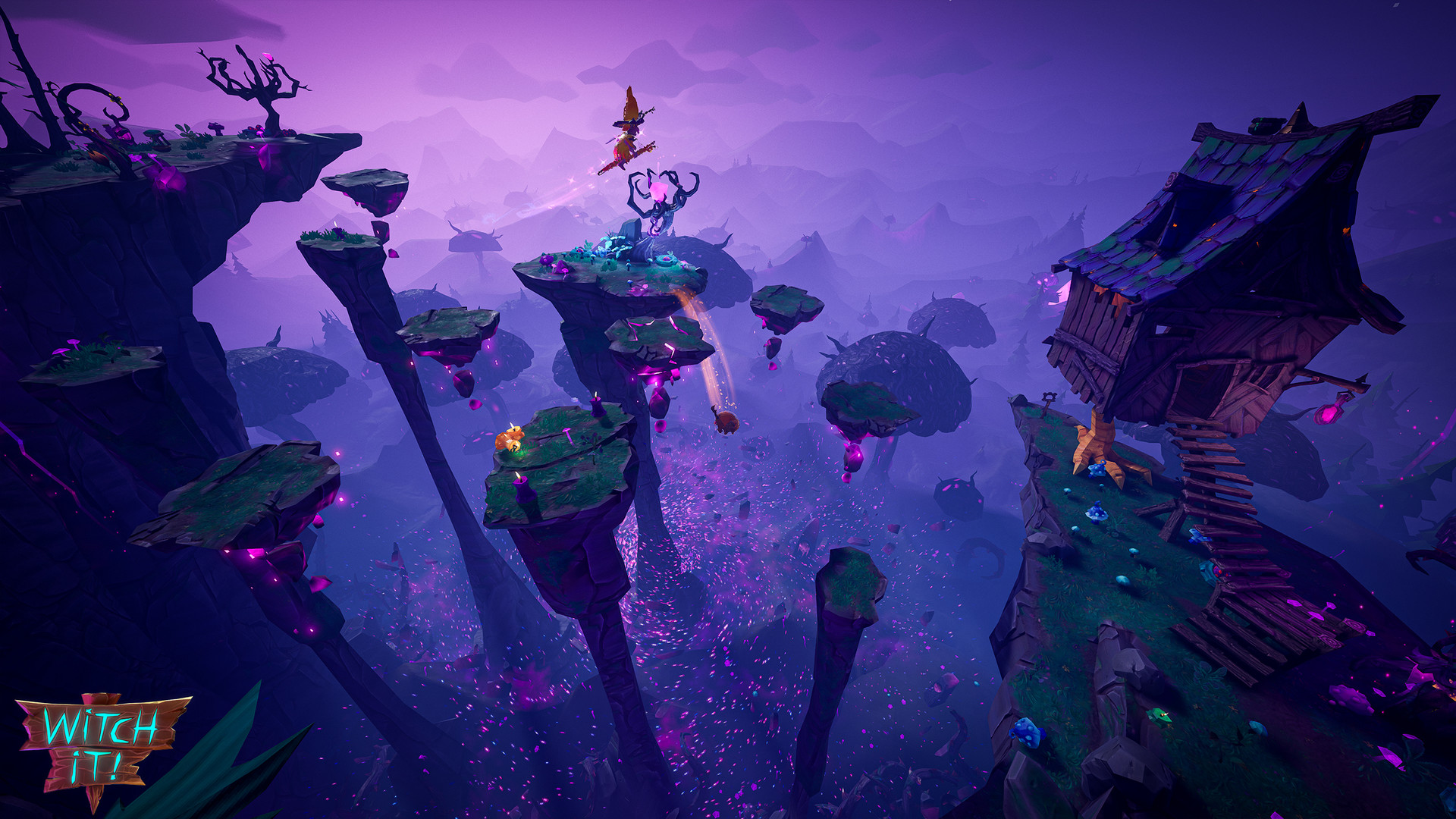 All details of the game seem to be slightly pixelated but it suits the aesthetic of the game to a tee with its medieval settings and many props. On top of the map props, you can customize your witch and hunters with rewards collected from playing games; the costumes and items you can decorate with are all very in theme with the game.

This game is designed for groups of friends so as an Australian player I’ve tried to play in online lobbies but it’s close to impossible in finding a group of people to join. If you want to play this game, I highly recommend you get a group of friends who are willing to play it first as it’ll be hard to play in online lobbies and will be less enjoyable. A big ask, but worth the fun. When this game gains more of a tightly knitted community this game will definitely increase in popularity.

So in conclusion of this review, Witch It has everything going for it except for its online player base, especially in the AU region. From its theme of witches and to the gameplay that’s not limited to Hide’n’Seek, this game has massive potential for any future players if you wish to invest the time. 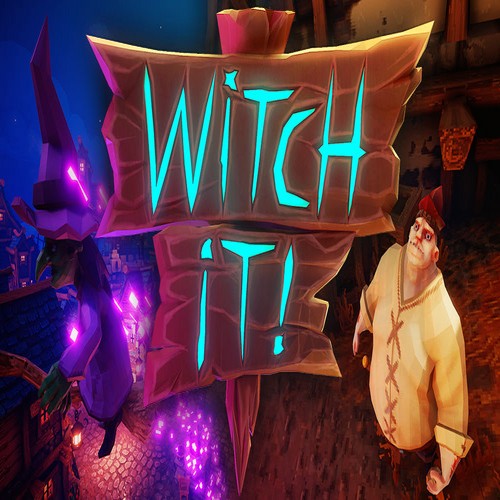 Witch It is a multiplayer hide & seek game set in a vibrant, magical world. Brave hunters seek hidden witches that curse their villages!