When World of Tanks came out on Xbox a number of years back, I was hooked. I spent hours on end working on tanks, trying to obtain the next upgrade, or to unlock the next tier tank. I think I managed to get to tier six before I gave in to the occasional micro transaction.

Now that it is available on console as well as PC, I am suffering these same struggles with Wargaming.NET’s World of Warships: Legends Game Preview on Xbox One.

While still in early stages of being ported from PC, World of Warships: Legends grants players the ability to Captain their very own naval ships and test their skills in a series of 12v12 scenarios. Sporting warships dating from 1900 to the 1940s, players will be able to pick ships from the U.S.A, the British Empire or Japanese fleets. Each fleet has its own easy to follow progression tree that players can follow to unlock their favorite vessels. At the time of this review, only three trees are available for each country: Destroyers: Fast and nimble, these agile little ships can’t take much punishment, nor can they deal much with their limited number of main canons. What they lack here though, they make up for in a support role. Dash ahead of your fleet-mates and lay down a smoke screen to cover their advance; use your maneuverability to quickly spot enemy ships; use torpedo salvos to redirect enemy ships as they scramble to avoid your most powerful armament.

Cruisers: The bulk of the fleet and generally sporting a higher number of artillery batteries able to reload relatively quick considering the size. Able to lay down an impressive amount of fire, these mid-range ships will quite often be seen in the thickest of fighting as the can use sonar technology to reveal enemy torpedoes and increase the chances of detecting enemy ships.

Battleships: Heavily armored and sporting artillery large enough to sink almost anything in a single salvo, these dreadnoughts are incredibly slow and difficult to manoeuvre. What they lack in speed they make up for in firepower. Unfortunately, they are very susceptible to torpedo attacks and take an insane amount of time to reload. Best suited to cruise around the outskirts of the playable area and bombard enemy ships at range. Once players have selected their ships, players will be dropped in the middle of the ocean and given an objective. This could be anything from capture and control, to base capture, to the complete and utter annihilation of the opposition. Just like World of Tanks, regardless of the mission objective, games I played almost always devolved to shows of force as players tried to scrape as much experience from the battle as they could.

On that note, you may or may not be pleased to hear that micro-transactions are available in game. Not too keen on grinding for the next ship? Pay your way! Need a bit of an XP boost? Just drop some cash and you’re set for a couple of days. This is a bit of a double edged sword. The game is free – I can understand if you want to support the developer. You don’t get a huge advantage for your money, but some people will still complain its pay to win.

Wargaming.net have done a fantastic job making the player feel like the playable area is massive, even with the limited space. Battles are typically fought with ships trading salvos between six and ten kilometers on a map dotted with islands that block line of sight. Water effects are truly magnificent, and even more so when you see the effect your main canons have when fired. In a similar manner, the blast from firing your weapons is equally as impressive. Small details are left out, such as crew on your deck, but with how huge the ships are, and with everything else going on in the battle, you will hardly notice this small detail deficiency. Ships themselves are very well detailed, and the ability to trace the trajectory of your allies weapons while in spectator mode have left myself and some friends having a running commentary as we watched the final moments of a battle pan out.

For such a simple game, it has really managed to keep my attention. The thrill of the fight; the feeling of accomplishment when you unlock that next tier ship and even the gratification when you land that killing blow. The only thing that has caused me any sort of annoyance is that when you want to play with friends, you are limited to a squad of three. This may change as the game progresses from preview mode, but when comparing to a platoon of five in World of Tanks, it was a bit of an annoyance. 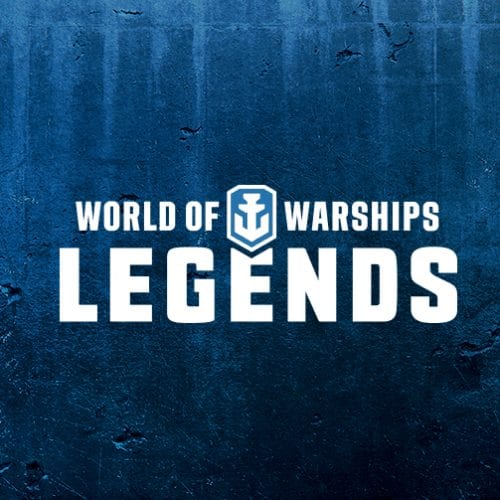 World of Warships: Legends brings iconic warships and history's greatest commanders to Xbox One and PlayStation 4 in the ultimate naval action MMO!