By Shane Fletcher on November 9, 2021 on Reviews, 4 More
close [x]
Tweet
No Comments

While Nintendo has committed to providing unique and engaging ways to play games, there have been sacrifices along the way. When they first announced World War Z for PlayStation and Xbox, it was a given they would skip the Switch due to technical limitations. I guess it’s time we all bust out the humble pie because the mad gamers at Saber Interactive actually went the distance. World War Z, the action third-person shooter survival game is now officially available on Nintendo Switch and I am here to report that my Switch did not explode.

For those new to the World War Z game, humanity is on the brink of extinction to a deadly zombie virus. In this game, you will be dropped into all corners of the Earth in teams of four against some seriously pissed-off zombies. These Zekes, as they are known in-game, move in some truly horrifying hordes. They move fast and they move with a purpose. Let’s just hope you have more bullets than they have Zekes.

Four separate episodes have you visit New York, Jerusalem, Moscow, and Tokyo with multiple missions to complete in each location, and most of the content you would find in the 2019 release has made its way over to the Switch, excluding the Aftermath content. There is an overarching storyline, however, I found it was more of a formality to shepherd your way through to each set piece. Here was the first real test, whether the Switch could handle the thousands of on-screen enemies at any given time. 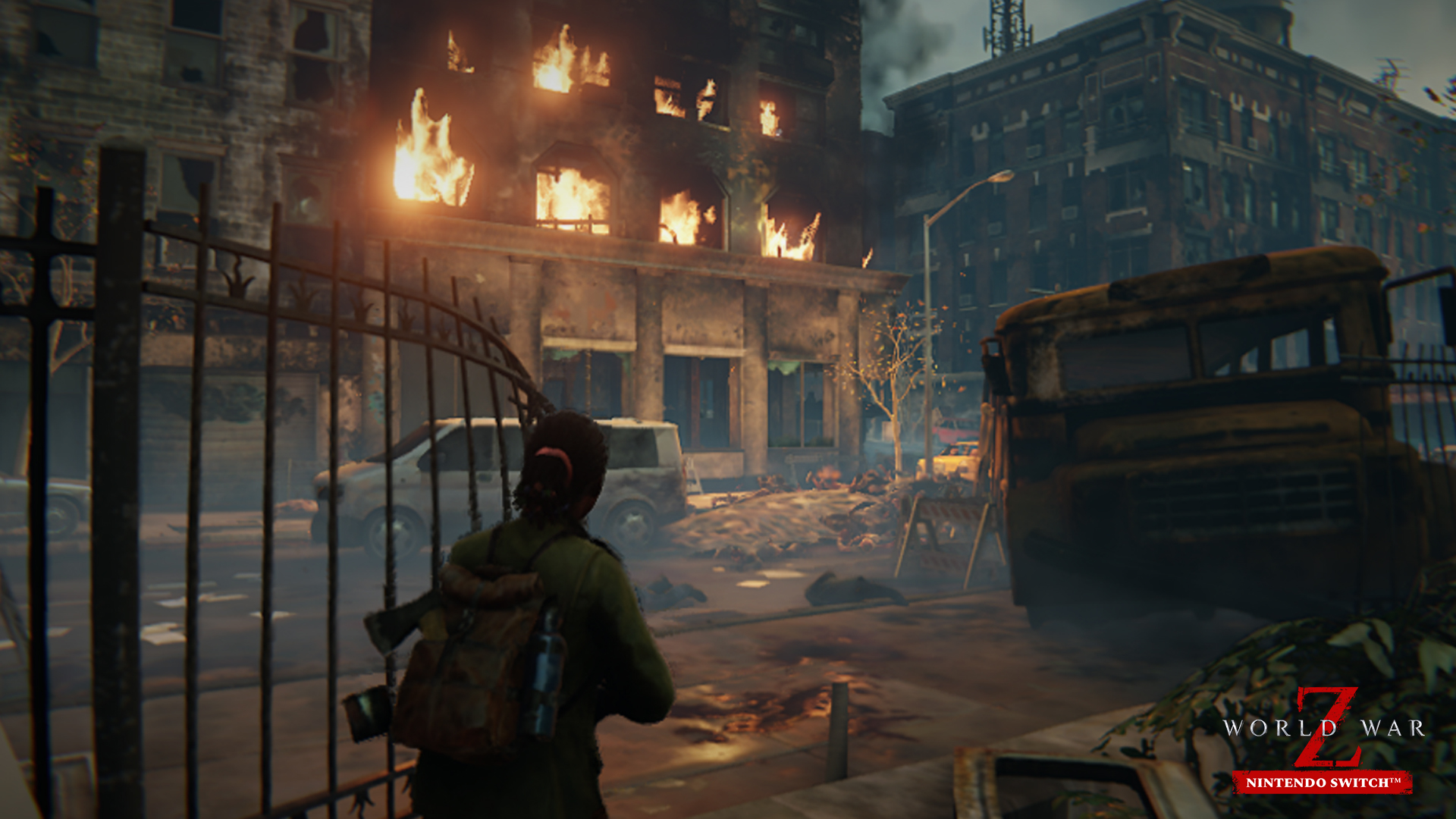 During the large defence sections of the missions, you will find hundreds of Zekes pouring into the arena, piling up on top of each other to scale the walls leading to your team. Not once did the game stutter or hiccup and drop below its locked 30 frames per second. It maintained fluid and playable conditions throughout.

So how did they manage to accomplish such a feat of rendering in such an expansive amount of on-screen action? Well, it has definitely taken a hit in polish compared to its counterparts on PlayStation and Xbox. Player models are noticeably blander with the feeling you get when you are waiting for the game to fully load and the detail to pop into focus. While exploring the levels, you may not experience the most dynamic lighting effects but it doesn’t compromise the aesthetic or sensations of a post-apocalyptic world. Lastly, watching the Zekes sprint across the open ground, I noticed they can kind of skip a beat with their animation

Everything I mentioned is a worthy sacrifice as it is noticeable when you break it down, but as a whole, the game experience has been preserved. There was one thing that didn’t take a hit and that was the sound design. The stand-out mission for me was the Mall stand-off, hearing the swarm scream and claw their way over all the broken down cars was chilling. Heart-pumping music was beating in my ears as the heavy machine gun turret was thumping away in my hands. 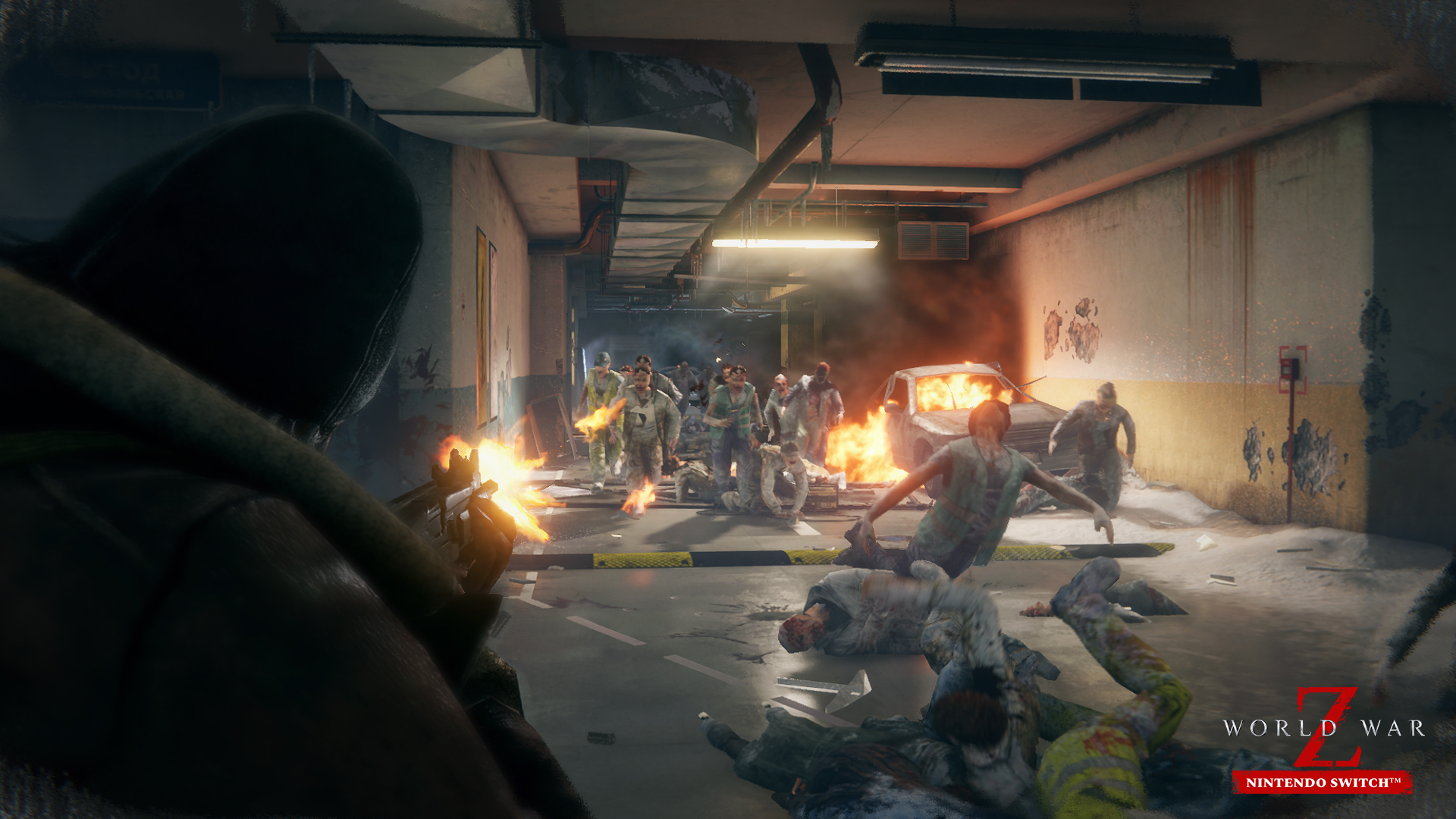 You and the other characters occasionally yelling out to each other to announce when Bulls or Lurkers enter the fold was engaging and helped make quick decisions. Electric traps set up to stem the swarming Zekes popping off enemies like popcorn were oh-so-satisfying, and with everything combined, any shortcomings with the graphics were easily forgotten.

The online multiplayer will keep players coming back for more to work on upgrading both weapons and classes. With each successful mission, credits are earned to invest in weapon upgrades to boost handling or functionality. With more experience points you can unlock handy perks which, depending on your class, can either be a support mechanic or an individual boost. You are really hard-pressed to find a weapon that doesn’t handle well, even if you have a personal preference. As always, with this being a team-based game throughout, you will get the most value out of mixing play styles and weapons to maximise team composition.

It was helpful that they have included cross-play options to expand the player base, but over the first few days, the matchmaking wasn’t exactly bursting with players. Even so, I took my Switch to and from work and played in the offline modes to get a quick zombie fix and still earn some credits along the way. World War Z is a great addition to the Nintendo Switch and the team at Saber Interactive has succeeded where few thought possible. 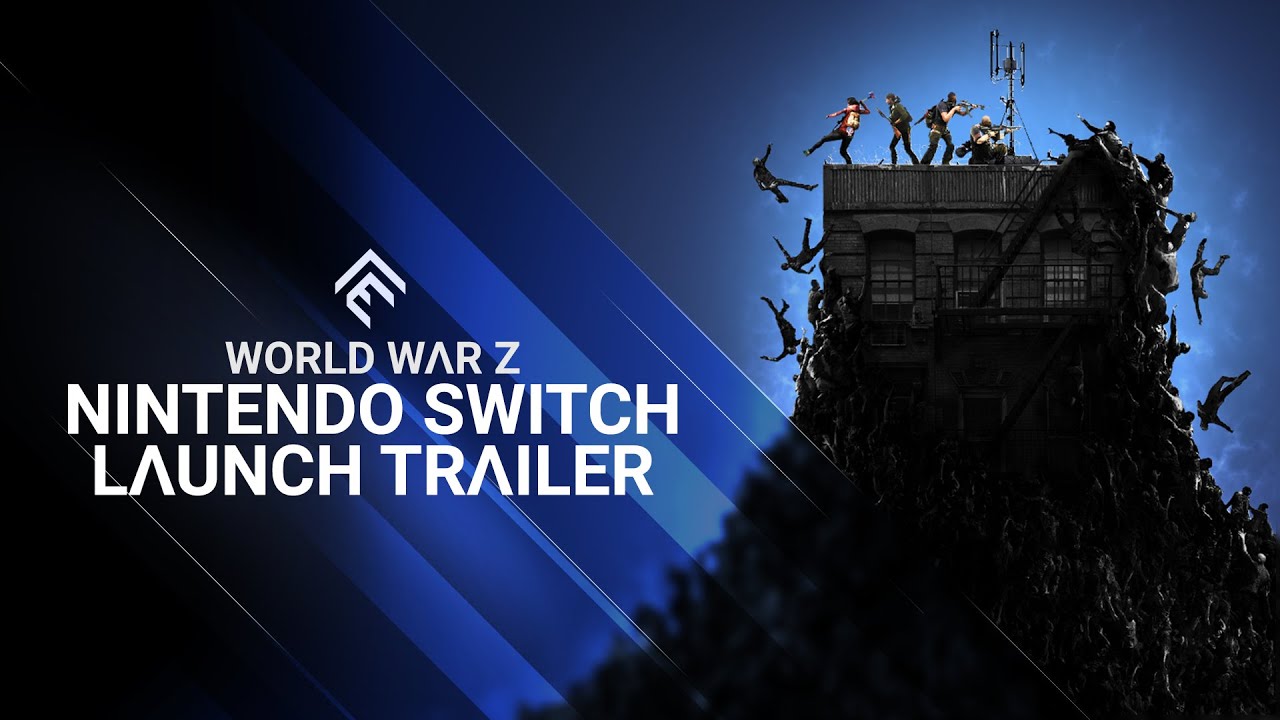 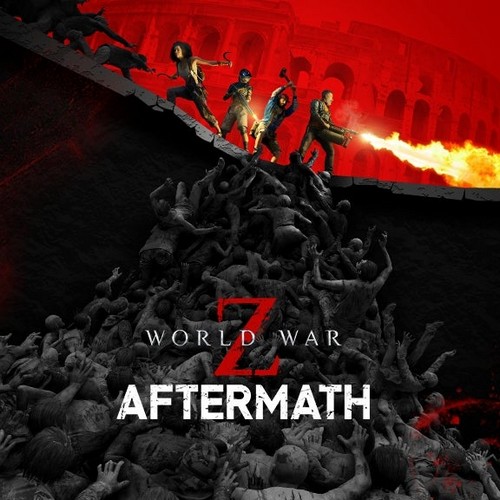 World War Z is the ultimate co-op zombie shooter and the next evolution of the original hit World War Z that has now captivated over 15 million players.