Developed by Remedy Entertainment and published by Epic Games, this remaster is almost exactly like the original and comes with the two DLC episodes. It was decided that they were not going to make any major changes and instead, just some graphical tweaks. However, thanks to PS5’s new controllers, there is a little something added.

For those who have not had a chance to play through this gem, the story starts with famous crime fiction novelist Alan, who is stuck in a rut. After two years of writer’s block, Alan’s wife Alice and his friend/agent Barry decide that Alan needs a break. Alice takes Alan to Bright Falls, where Alan hopes to have a relaxing getaway. On the way there, Alan has a dream where shadowy creatures attack him. Luckily, an ethereal voice walks Alan through dispersing the strange shadows, and it will come in handy later.

Alan awakens to the sight of Bright Falls, and a weird encounter with a veiled woman in a diner who gives him the keys to their vacation cabin. After checking the place out, Alan finds a typewriter and Alice tells him the truth; their vacation was a ploy to see if a change of scenery could help his rut. 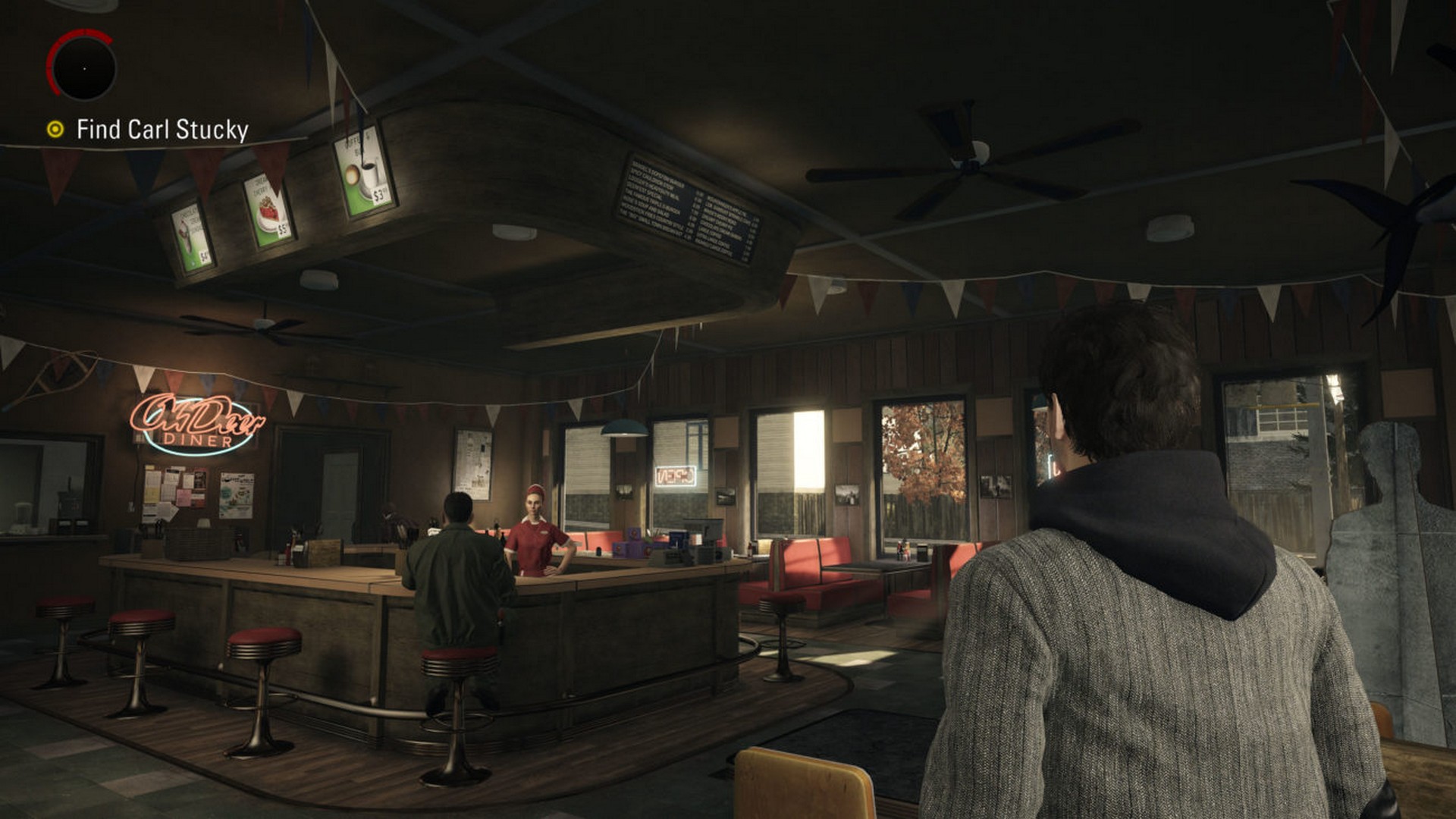 After a brief outburst from Allan about the lie, he storms out of the house. Not getting far, you hear Alice scream, only to see her pulled into the lake. Alan dives in after her and awakens in a crashed car outside of town a week later, with pages of a manuscript you don’t remember writing scattered around and shadowy people trying to kill you as you try a piece together what happened and rescue Alice.

The remaster keeps all of the game’s old mechanics. There were even things that they knew could be fixed but chose not to, all to keep it the same as the original. This was a strange move, but one I kind of respect. They made a game and it had some flaws, but they own them and show them off in 4K. The controls are still a little clunky. You can still only sprint for a few seconds, but the enemy can catch you regardless, and the enemy waves can be a little much, but even so, it still is fun. The story, while hard to follow, is still amazing.

With the story’s conclusion, plus the extra DLC’s, and if you have played Control, specifically the latest of its DLCs, the AWE DLC, commonly referred to by fans as the Alan Wake Expansion, the series is leading to a Marvel level collaboration of games. While none of the game mechanics have changed, the PS5 version does offer a little extra with its haptic feedback and adaptive triggers. This offers something new, even something as simple as having different trigger strengths depending on weapon choice or your flashlight, and being able to feel your movements and falls through the controller. 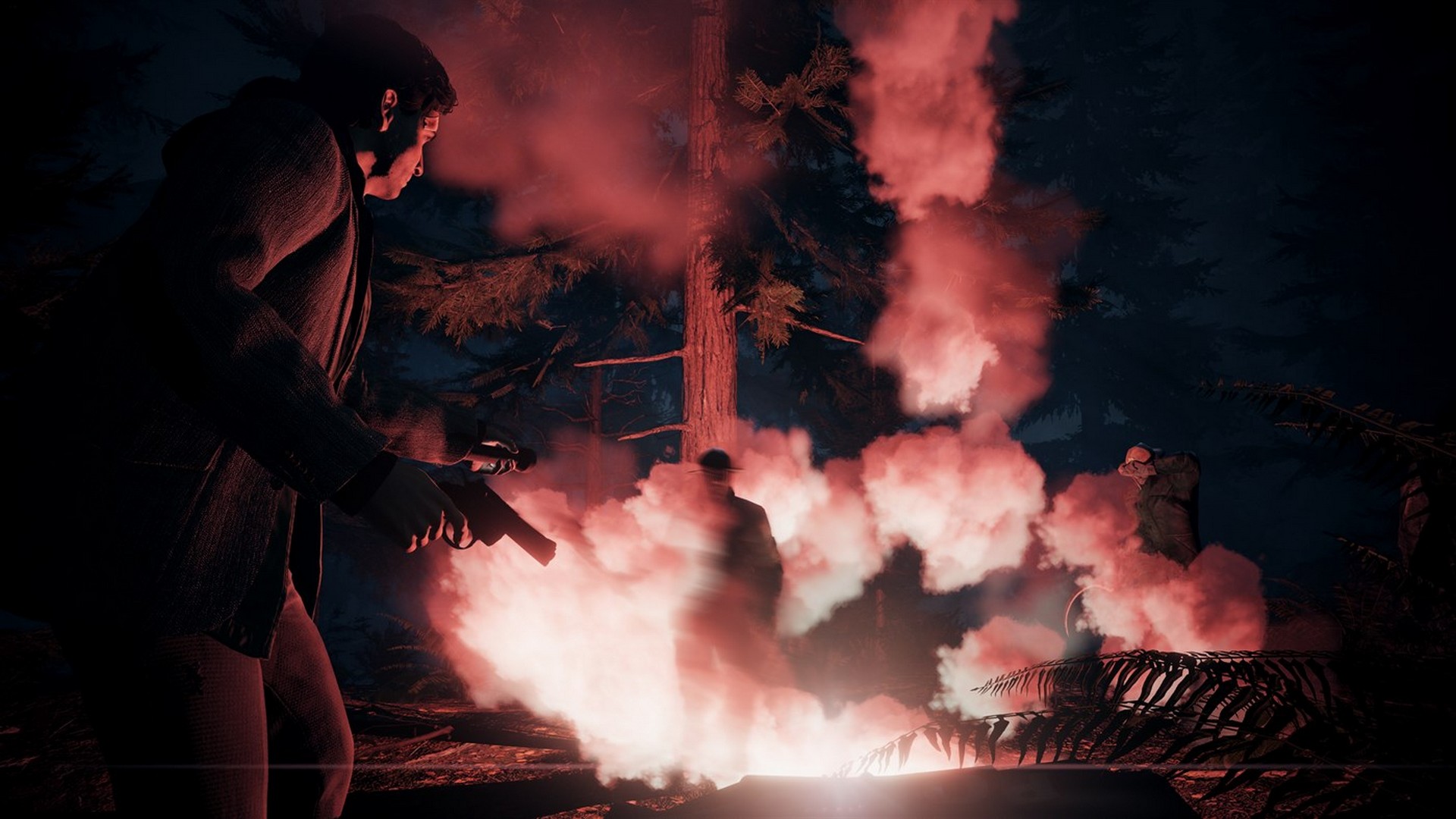 The visuals have been upgraded to run at 60fps and be 4K adaptable, and some motion captures were re-shot. The overall graphics are enhanced while keeping everything pretty much the same, and even mostly using all of the same shots and environmental textures. Still, the look is much cleaner, which makes the whole game feel slightly, as a whole, less clunky than the original, even though it’s mechanically the same. One extra thing that was added that I do like is a new Easter egg connection to Control, but I will let you discover that yourself.

If you have never played this game, I do recommend it, especially for those who like story-based games that have a lot of twists and moments that have you on the edge of your seat. Also, if you played and liked Control, then this is a must-play.

If you haven’t, then definitely start with this new remaster and then move on to Control. I am falling in love with these games. I was lucky enough to review all of Control and its DLCs, so this is a bonus, plus with the announcement of a possible game that links the two titles, even more, I can’t wait to see where it leads. 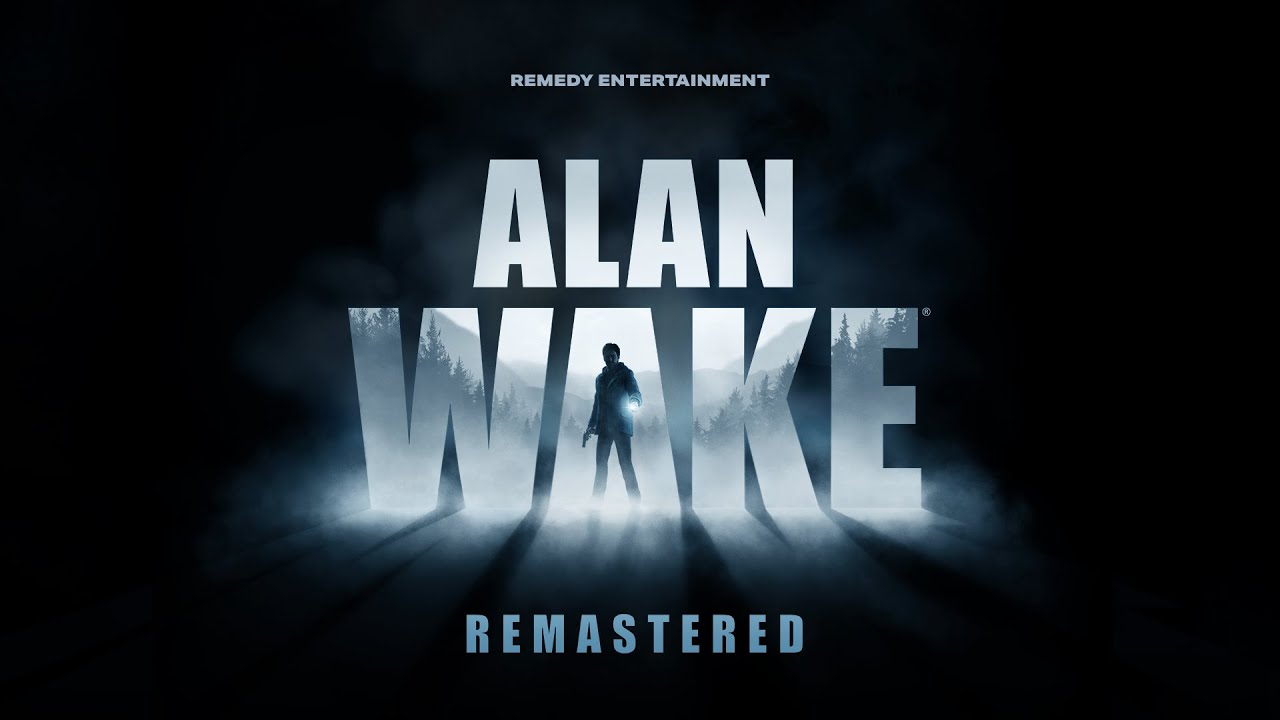 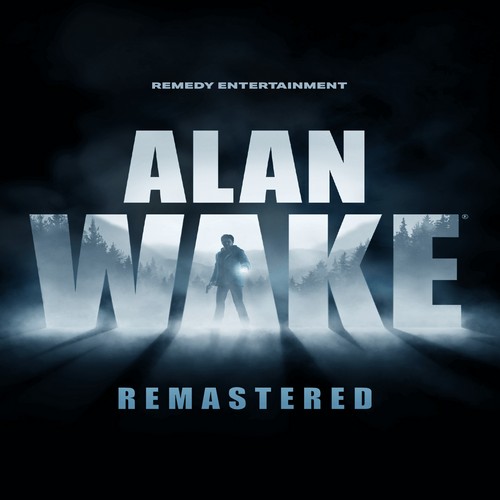 In this award-winning cinematic action-thriller, troubled author Alan Wake embarks on a desperate search for his missing wife, Alice. Alan Wake Remastered offers the complete experience, with the main game and its two story expansions - The Signal and The Writer - with stunning new 4K visuals.