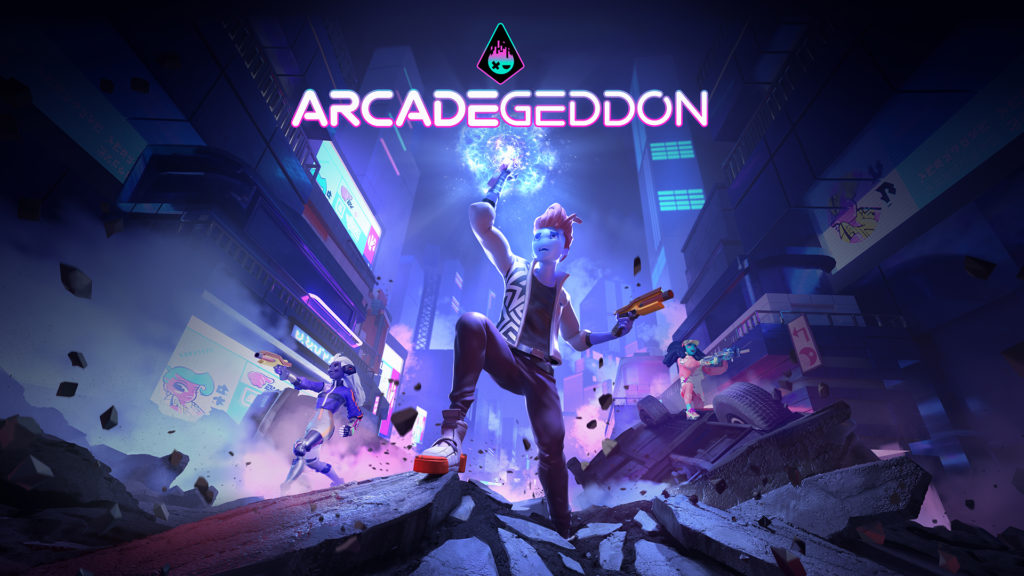 Rise up and play with up to three friends or make some new ones as you help Gilly, the local arcade owner, save his business from a faceless mega-corporation. After creating a new super game the mega-corporation injects a virus. You need to band together and save the last arcade in your hometown.

‘Arcadegeddon’, developed by Illfonic is a 1 – 4 cooperative shooter with rogue-like features. You can team up with your friends or go at it solo and explore multiple biomes, mini-games, find hidden chests, and defeat numerous enemy types and bosses. Arcadegeddon offers a mix of PvE and PVP modes that allow for all different speeds of play.

Players will need to battle their way through the multiple biomes the game has to offer, in its rogue-like series of events you never know what your next biome or challenges will be. As you progress through trying to survive for as long as you can, you find chests containing loot, guns that have a great variety from standard machine guns and snipers to ridiculously fun ricocheting saw blades and explosive rounds, and money to buy upgrades from the vendor and/or increase your difficulty level at the midway checkpoints, and passive stat boost cards aka hacks to aid you on your way to victory.

Weapons and hacks have rarities, from white being your common and weakest to gold being your legendary with powerful stats. The more you use weapons the more you gain exp with them which allows you to unlock skins and choose them as your starting weapons to give you a stronger start to your runs. 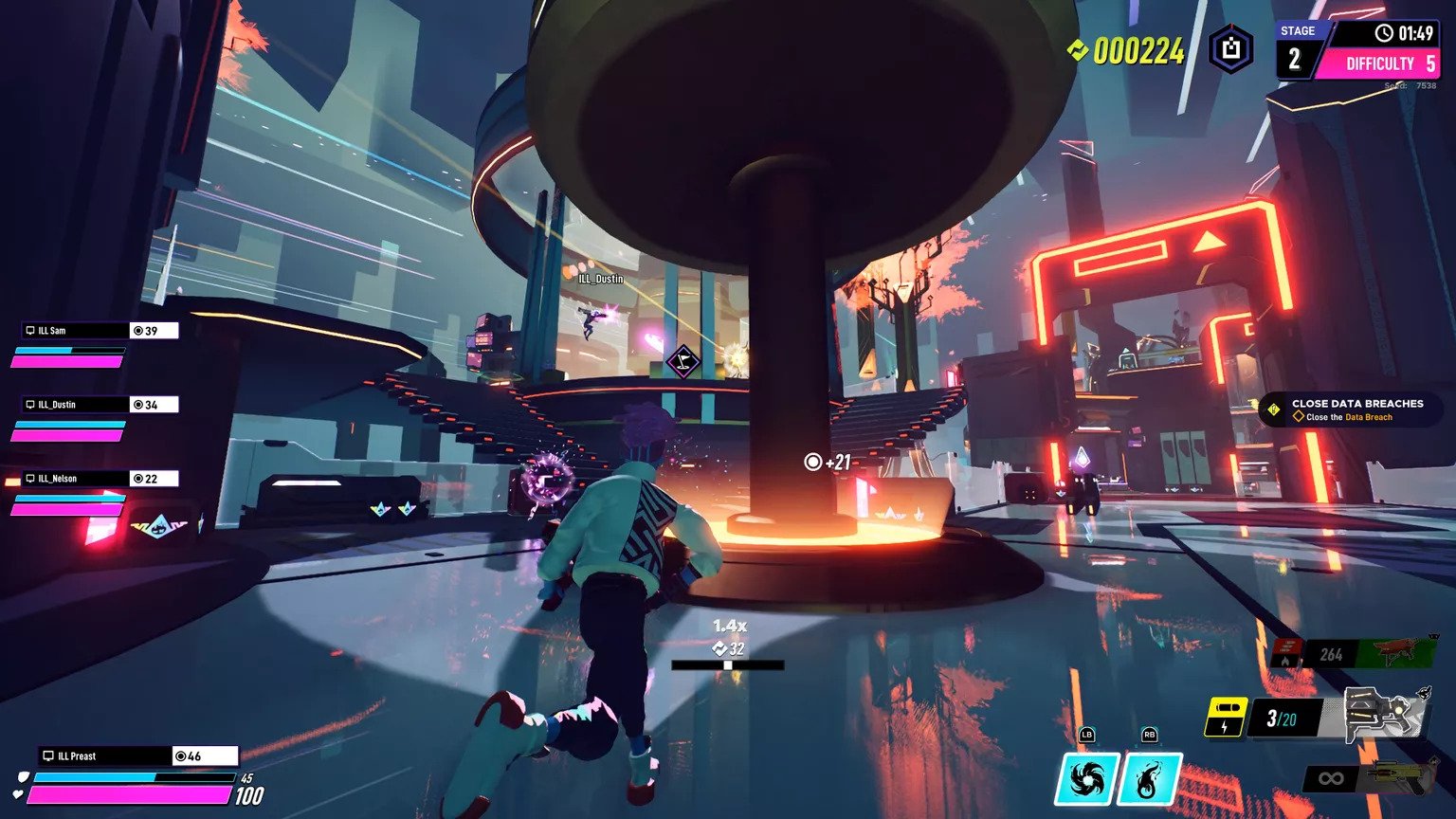 You’ll meet a bunch of people at Gilly’s Arcade who will offer you quests earning you exp, new cosmetics, and tickets to buy even more cosmetics making your character look unique. As you level up and complete quests the arcade evolves, giving you access to even more quests and characters to interact with. With the quests, you can only have 1 set active at a time, unfortunately, so choose a set and jump into the game and get questing.

There is also the ability to even check at the leaderboards while you’re there and see if you can be the top scorer, a nice little nod to arcades. If you can get multiple high scores and fill it up with your own name. After spending 10+ hours in the game doing quests and ending my runs early to keep progressing through them, I decided to go for a score on the leaderboards and gained myself a top 10 position, but unfortunately got knocked out of it by another player eventually but hey it’s all in good fun, right?

In conjunction with everything going on, you build up progress to boss fights by killing enemies and completing objectives; fighting the bosses is completely optional but might be worth it for the larger and greater rewards you get for defeating them. There are only a few different bosses in the game from what I saw, I would like to see a few more in the game to entice me to jump into them more often.

Keep in mind that much like a real arcade, you only have so many retry tokens, which you can obtain as you play, or optionally you can bribe to continue if you have enough money. Boss fights and normal progression can get a little difficult solo, I recommend bringing friends for a more enjoyable time, but if you’re up for the challenge solo runs might be for you. 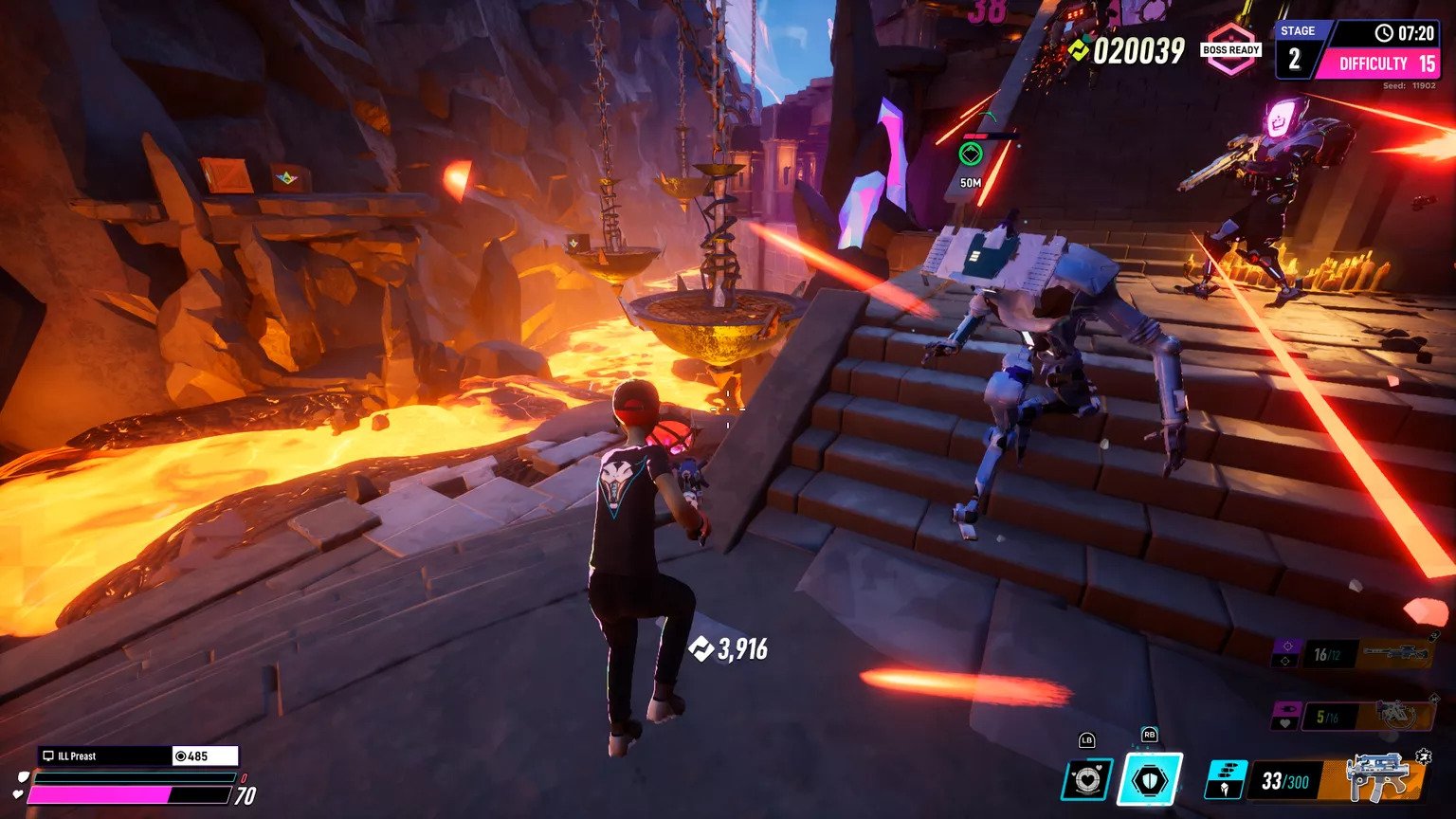 Biomes, biomes, and more biomes. With an already nice amount of biomes in the game which are very well designed, vibrant, and fun to explore, they have already done such a great job of designing what they currently have, but I do hope they plan on adding more. The objectives and enemies they have in the game can seem to be a little repetitive but do get switched up as you get later into the game, with the same enemy types throughout. I would have liked to see enemies matching the biome you are currently in though.

The bustling soundtrack, with a very upbeat dubstep/techno soundtrack going on the whole time you are in the game, really keeps that blood pumping and the ball rolling, with a great music selection. Combined with the great action sounds of the weapons you have access to and the decent and variety of voice acting among the characters you meet in the arcade; it all gives a really fun and exciting feel to the game.

Arcadegeddon was a really fun and enjoyable experience, solo or with friends, or even matching up with random other players and making new friends. A nice variety of weapons and biomes, with a great and upbeat soundtrack, really makes the game feel alive. With a few occasional crashes, I still had a blast playing the game and will definitely be playing more. I strongly recommend this game for a great co-op experience with friends. 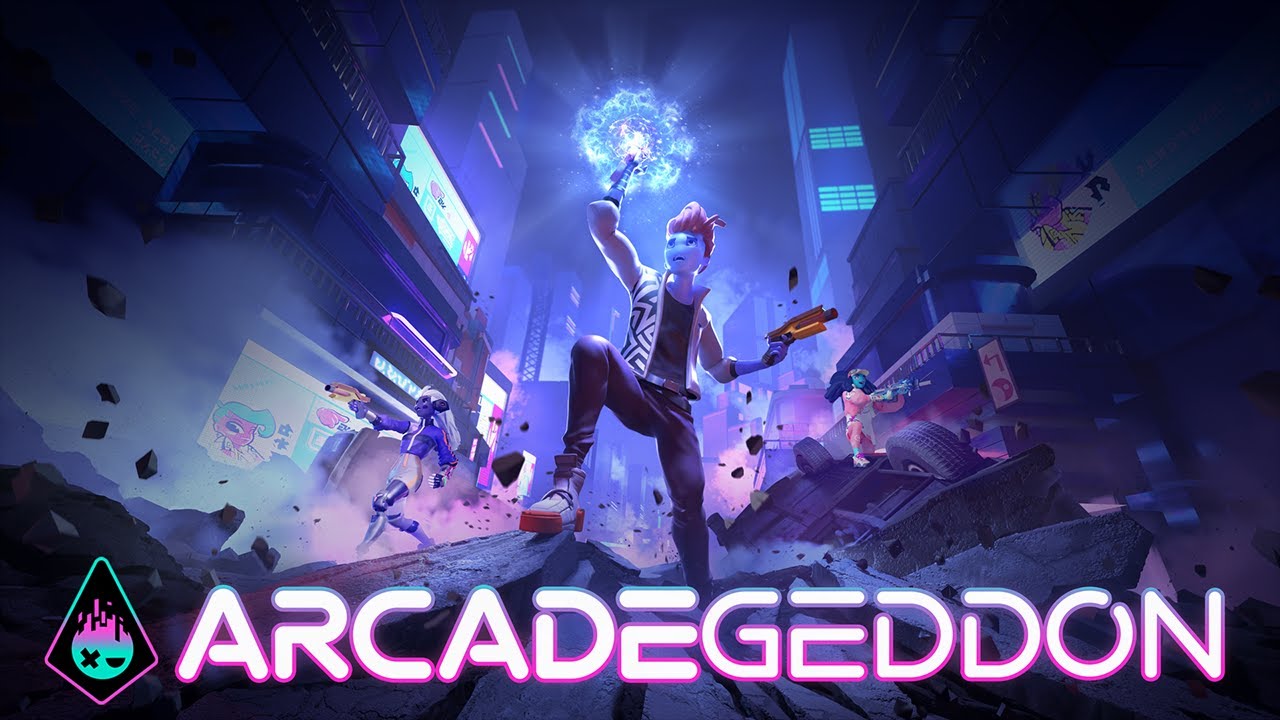 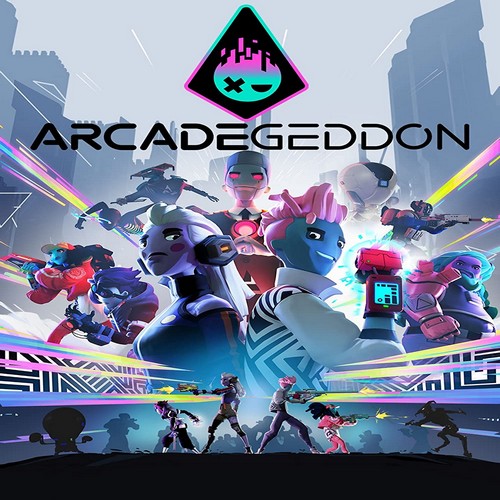 Rise up and play with up to three friends in this ever-evolving cooperative multiplayer shooter. Explore multiple biomes, mini games, find hidden chests, and defeat numerous enemies and bosses.