If there wasn’t a police force the world would be quite hectic, most of us will never become a cop, but thanks to video games we sometimes can at least pretend to be one in the virtual world. Beat Cop is essentially a police simulator game, and a cool one infact.

Beat Cop is a cop game set in the heart of the 80’s, in Brooklyn, New York. You patrol a street, that’s know as your beat in cop terms. It has a nonlinear story, that has several different endings. Your day begins around 8am and doesn’t finish until 6pm. So what goes on in your beat? ALOT!!!! Anything from petty crimes like robbery to vehicle infringements.

Your name is Jack Kelly, you were at one time a detective on the force but were framed for a crime you didn’t commit. Finding the truth is the plot for Beat Cop, but it’s not as easy as it sounds to uncover. Cops are there not just to arrest you, though they seem to do that a lot. They also help the elderly or disabled. In Beat Cop you’ll have the power to arrest criminals, hand out parking fines and vehicle infringements but civilians will approach you asking for help or they mutter their dislike for the police. When starting the game for the very first time you’ll go around the many shops introducing yourself and building a good rapport with shopkeepers.

There are drug references and strong language throughout the game, so it’s not a game for kids.

Now you can if you want be a solid white coller blue cop or you can be slightly corrupted, for example if you are writing a ticket and the owner approaches their vehicle they’ll plead “ Please officer don’t give me a ticket” sometimes they will offer a bribe of $20 or you can say “Well my pockets a little light at the moment” and accept. Another way to be a bit of a prick is to give out tickets to vehicles that don’t deserve them, simply just to meet your daily quote of tickets. But if people ring up and complain you pay for it at the end of the day. As the days go by, they’re mostly the same, with some slight differences, like tickets you’ll need to give or events that occur on your beat. Something I haven’t mentioned is just like in the real world there are “groups of people” you know those Italian Americans *wink wink* you’ll have to deal with them from time to time, along with a couple of others. When a day comes to an end you’ll be given your day report which shows the amount of tickets given, if they were falsely given, as well as anything else that happened throughout that day. It’s likely that after a few days into the game that it would come across as highly repetitive gameplay.

There are drug references and strong language throughout the game, so it’s not a game for kids. It’s the small things cops do that were the coolest in Beat Cop. Like walking around a car to check either the tire tread or if any of the lights were smashed, and if they were you could hand out a ticket and have that sucker towed, if the meter wasn’t paid or if parked illegally. I am a lover of pixel art looking games. Beat Cop has a great visual appearance, the beat your on looks pretty cool, you’ll see cars driving down the street, birds flying around, smoke billowing from pipes and people walking along the sidewalk. The heads up display shows across the bottom of the screen, your police radio, gun, handcuffs, ticket book, your badge and notebook and a hand watch that shows you the current time, these also show the button inputs for each.

As for the game’s audio, it lacks quite a lot. It’s fairly quiet even with the volume turned up,.The street doesn’t make as much noise as it should. When you speak to an NPC or anyone speaks whilst they walk past you, it’s never in an audio format, instead subtitled in speech bubbles.

Here was a different take on what I’d call a simulator game, playing the good guy to some extent was fun. It’s just a shame on how hard it’ll be for Aussies to gravitate to at least. 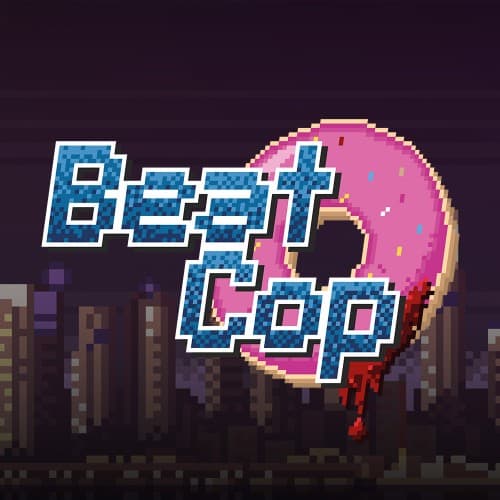 New York, more like a beast than a city. Explore it’s darkest corners and uncover its secrets as Jack Kelly, a former detective who has been framed for a murder. Degraded and forgotten by old pals, it’s your last chance to find the truth behind this whole terrible mess.