By Christopher Hubac on March 2, 2020 on Reviews, 3 More
close [x]
Tweet
No Comments

Beautiful Desolation is a top down, isometric adventure game created by ‘The Brotherhood’, a developer also known for games such as Stasis and CAYNE. I have to admit, this is my first exposure to The Brotherhood’s games, so I have no idea what to expect.

Story
The game opens with an incredible introductory cinematic that sets up the setting and story. An engaged couple named Charlize and Mark are driving through the rain when a large alien craft appears in the sky causing them to crash. Cut to the future and we find that the technology from the aliencraft, known now as a the Primrose, has accelerated human civilisation to Sci-Fi levels. We also find that Charlize didn’t survive the crash and Mark is now determined to find out what secrets the Primrose must hold, if any. He enlists in his brother Don’s help to fly him to the Primrose.

Once they get aboard and attempt to sneak into the ship something happens, causing them to be thrown into a future where the world they knew is gone, and is now inhabited by robots, monsters and what used to be humans. From there, it is up to the player to find out what exactly has happened to Mark and Don, and what brought them to this futuristic dystopia.

UI
The UI in this game is flawless. From the moment you start the game, the UI is crisp, clean and concise. The main menu is stunning. Once the game starts, the player takes control of Mark, as he and his fiance have a conversation about Mark’s Brother, Don. Simple dialogue options are given, but it seems no matter which choice you go with, the end result is the same. Once the conversation is completed, there’s a button allowing you to review the conversation you just had, this is fantastic for people who may have missed a line of dialogue for whatever reason, or wish to simply review the conversation again. 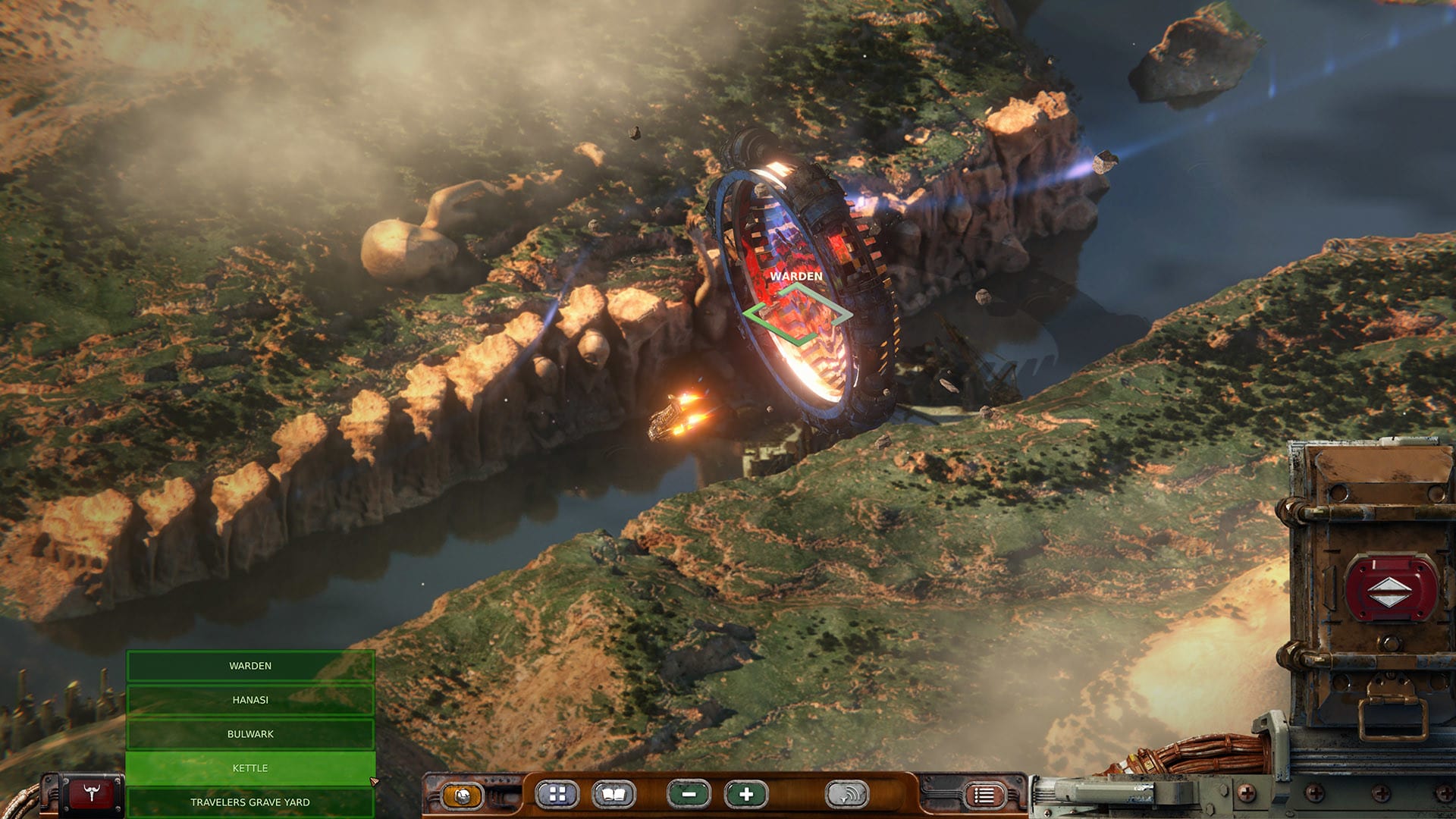 Game Mechanics/Performance
The game is presented as a top down, isometric, point and click adventure, reminiscent of the 2D Fallout games, however unlike the 2D fallout games, you don’t have stats, and, as far as I know, there’s no real fail state in Beautiful Desolation. This is a shame because I feel like there isn’t too much challenge in the way the game currently plays. At times, it feels more like an interactive novel than a game, and I know that’s weird to say, but early on there’s only ever one correct way to do things. Items exist for the sole purpose of being used in one specific way, however this is offset slightly by the fact you can obtain items in different ways. The game is an adventure game where you interact with a huge cast of characters, all with their own goals, and sometimes you are caught up in several sub plots at once.

The game doesn’t give you a real quest marker or list of things currently on the go, which can cause the player to get lost with what they’re doing at times. I’d say this adds to the synergy between the player and Mark, but Mark has a notebook that he adds notes and sketches to, which helps to a degree, but certainly doesn’t give much context for what point you’re at in the game. The controls are very simple to pick up though, with only left click being used, and the mouse wheel to zoom in and out. Unlike other isometric games that have information overload, Beautiful Desolation has everything you need neatly organized into different categories on your PDA.

As most of the game is pre rendered, the lighting is able to contribute immensely to game feel and atmosphere without slowing down the frame rate. Infact, this game can run on just about anything, flawlessly, given the exception of some instances of many particle effects being present, which is an amazing feat considering the amount of detail on screen at any given time. The game does have loading screens, but they are very un intrusive and never last for long.

ArtStyle
The artstyle of Beautiful Desolation is what I imagine many old PS1 or Windows 95 games would look like if they were made today. The graphics have a very real, gritty detail about them, but at no point are they dull or boring to look at. Everything is colourful and deliberate, making every single detail pop out. In game conversations harken back to olden styled game conversations, as character’s heads will bob back and forth with a handful of frames of animation. 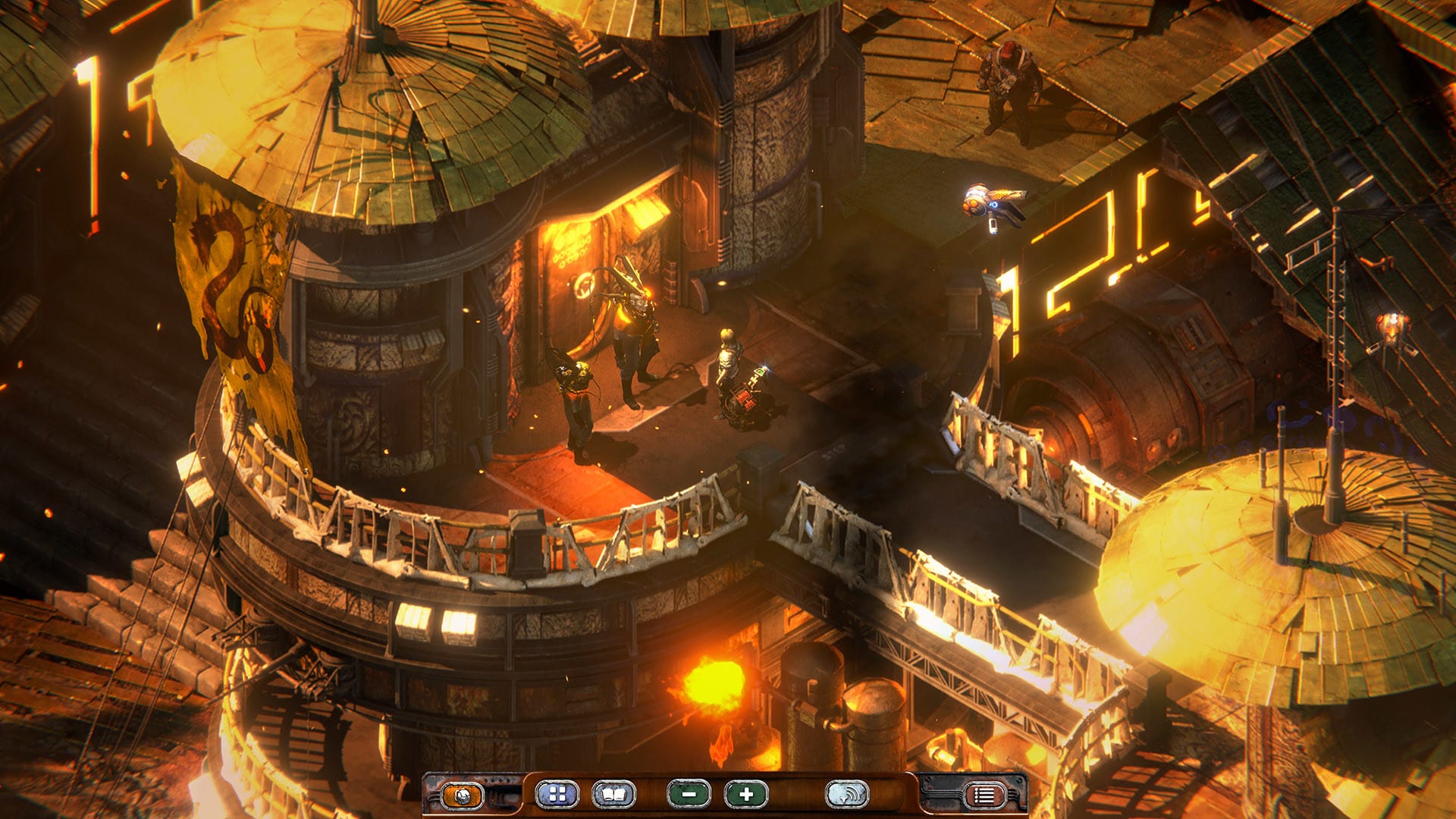 Sound
Rich sounds with lovely background music make the game never feel empty or boring. Each cutscene has an underlying score that helps convey feelings and tone. The sound design in this game is truly wonderful. At no point is the mixing off, nothing comes off as too loud, while other sounds are drowned out. Each area has its own ambient noises which really adds to the immersion of the game. A tiny detail I noticed is each type of terrain has its own footstep sound, so Mark may be running on a sandy bay, while whatever companion you have at the time may be running over rocks, both sets of footsteps will produce two different sounds appropriate to the location of the character. “The Brotherhood’ didn’t have to go that extra mile ,but they did, which shows how much polish was put into the sound design.

Every interaction is fully voiced, with a huge array of distinctions between characters. For a game filled with robotic synthesised voices, you’d expect some interactions to sound similar, but this is far from the case, however, some characters do sound a little off, and not in a demented way, in a, not the best acting, kind of way, however it is forgivable as these instances are few and far between.

One of the main characters is a security robot that resembles a dog known as ‘Prototype 00 Helper’, shortened to Pooch. I’ve personally never been a fan of this sort of naming convention for robotic characters in media, as it always seems a bit silly and not very creative. If the in universe creators of said robot wanted to call them Pooch units, they don’t need to have come up with a clever acronym to do so.

The menu has tons of options to tweak the game experience to your liking. Every facet of audio has its own slider which is great, each option has general and advanced options too. This is a great thing to have in any game, especially cinematic games such as this. The game has multiple save files too which is wonderful for multiple playthroughs.

Overall, an enjoyable game for any fans of top down adventures. Well played by the studios of ‘The Brotherhood’. 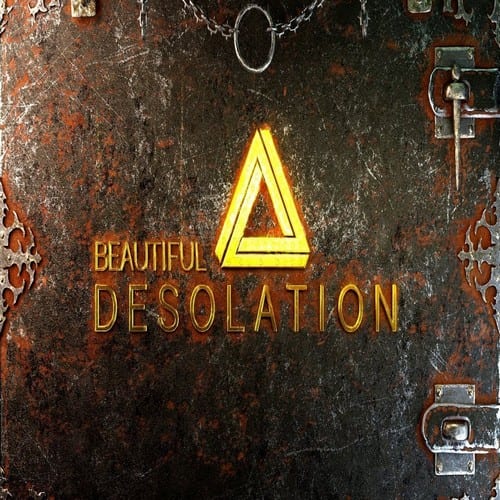 BEAUTIFUL DESOLATION is a 2D isometric adventure game set in the distant future. Explore a post-apocalyptic landscape, solve puzzles, meet new friends and make powerful enemies, mediate conflicts and fight for your life as you unravel the secrets of the world around you.