It’s hero time! ‘Ben 10: Power Trip’ is an open world, action, adventure game developed by PHL Collective and published by Outright Games, available on Xbox One, PS4, Steam, and Nintendo Switch and is set in the European Alps, filled with collectibles, combat, and secrets.

While playing through the game I found myself quickly running from objective to objective trying to unlock all the aliens and collectibles. I soon found that I could only do one activity at a time which was frustrating as I quickly forgot where some of the side quests and hidden activities were. Luckily, there are treasure maps that are purchasable using the coins you find in-game, and by completing tasks. Unfortunately, trying to relocate them with the map and the “mini-map”, which sort of acted as more of a radar, was an extremely tedious task. One way they could have made it more user friendly is if they had allowed the player to set waypoints using the maps which would appear on the radar. 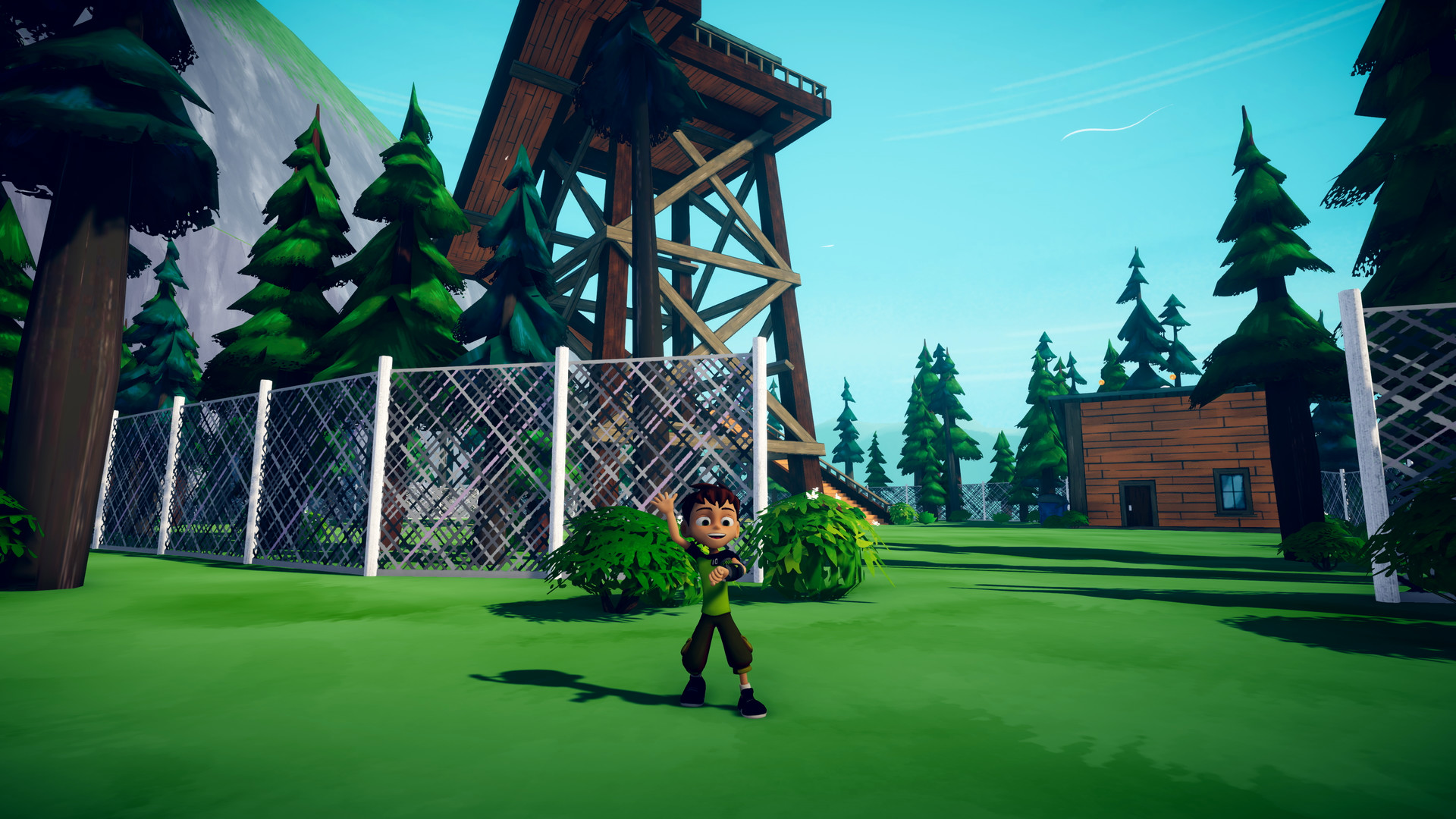 There are various types of activities to do within the game including, Scooter Time Trials, hidden trinkets and music vinyls to find, shutting down Lord Decibel’s concerts, finding cats, destroying the Void Crystals, and even an Irena type monster fight. I attempted the last one severely under-leveled and got destroyed. The game does feature a local Co-Op multiplayer where player 2 can play as Kevin Levin but there is no online multiplayer which is another missed opportunity.

As you travel the open world, you find Void Crystals which when in close vicinity summon a few monsters for you to beat, which isn’t a difficult task. One of the harder enemies, being the flying creatures, are rather difficult to hit until you unlock aliens further down the track. The tanky monsters which take damage from behind can either be stunned from attacking from the front and flanked around or just dodge behind them and finish them quickly. This gets more difficult the further you progress as more and more are spawned on top of each other making getting behind them a bit challenging, at times. When you destroy a Void Crystal you gain an Omnitrix power-up which you can place into one of three paths; Power, Luck, and Toughness. You can also find these powerups hidden around the land.

As you venture around the map you can use Ben 10 or any of the aliens to run around. To navigate quickly, Ben has a scooter but unfortunately, you can’t do tricks, which I thought was yet another lost opportunity. Each alien has their own unique abilities and attacks like the T.V. show which you require to traverse the environments. The developers have integrated a prompt around the area in which a specific alien is required which was a nice touch. If you do not have the required alien it labels it as a question mark, but they don’t tell you this, I was trying to find out what it was for a solid 5 minutes as I thought I was around a secret. 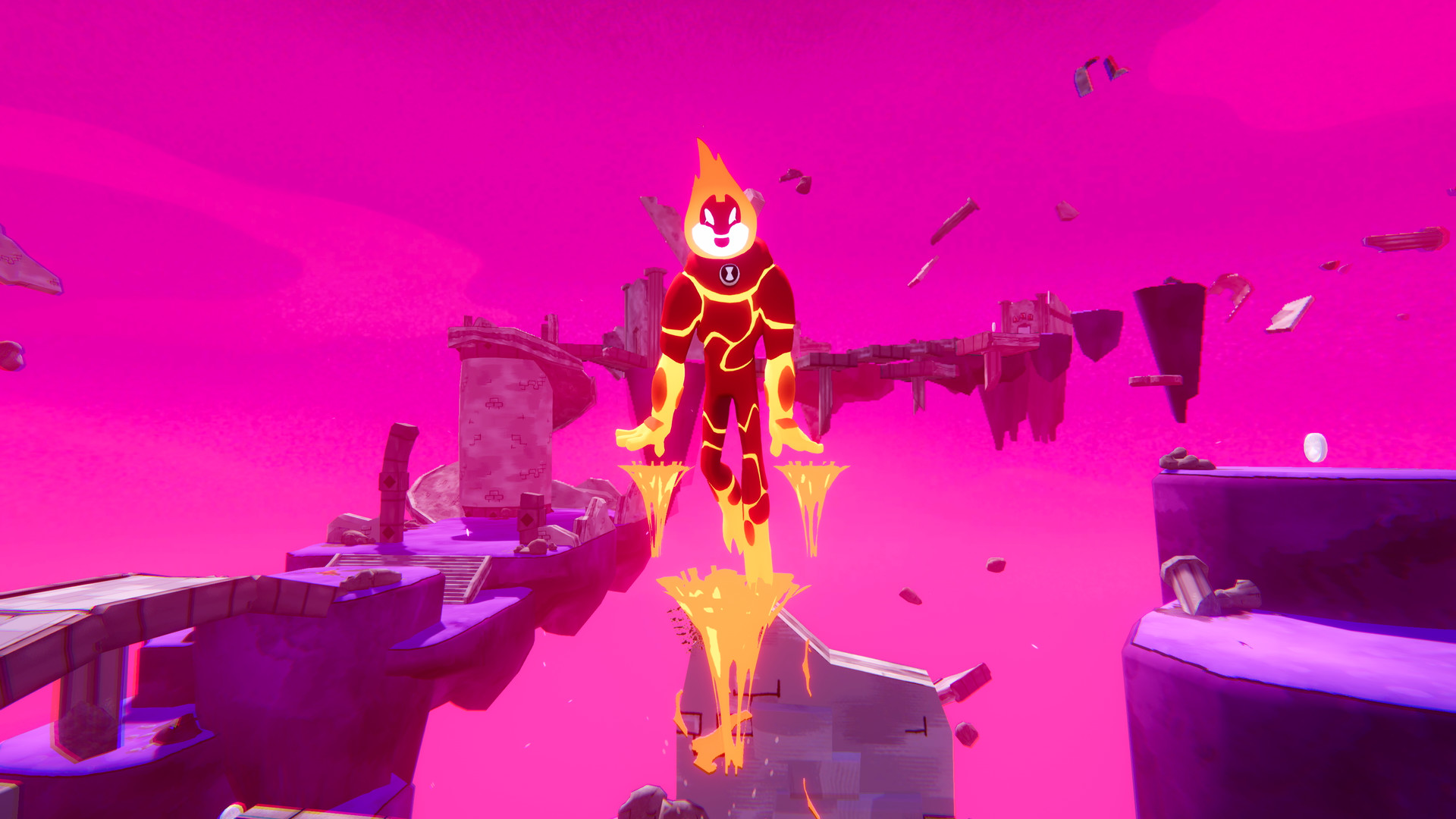 For me, the graphics were average at best. It was reminiscent of a PS3 game, not something I would expect from a game developed in 2020. I didn’t have much issue with this as the game ran smoothly and the animations were clean. I did, however, find myself clipping through some ‘solid objects’ but this wasn’t game-breaking as I could just walk straight back out and wasn’t stuck or didn’t end up falling through the map.

The area designs were well integrated with the European Alps scenery and the color palette was vibrant. Despite this, the open-world felt empty. One of the biggest towns had very little NPC action and it felt like a ghost town. The audio within the game was very relaxing and changed with each area. The battle music was upbeat and intense too. The voice acting was different, the fake accents that all the NPC’s had ranged from French to German to a sort of weird Australian/New Zealand hybrid that didn’t really fit in the game. The accents did make the game more comedic though, so that’s a plus.

Ben 10: Power Trip is a game that’s aimed at kids aged 12 and under, in saying that, I had a lot of fun unlocking the aliens and completing the various tasks hidden throughout the world. The performance was decent and I didn’t get sick of the audio. The combat was well executed and I enjoyed throwing together the multiple combos that each alien had. All in all, it was an enjoyable game to play and any hardcore Ben 10 fan would love it. 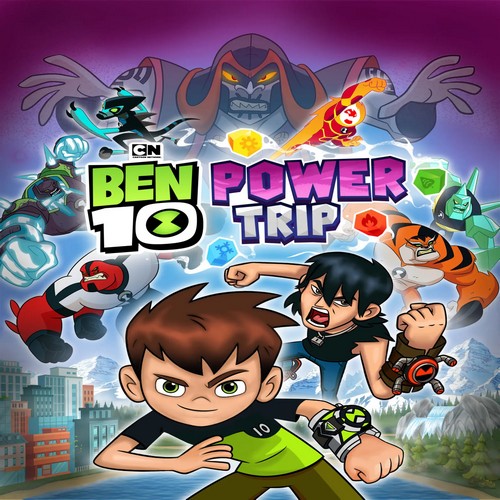 Evil Hex has cursed Europe – and only Ben 10 can stop him! Explore a 3D world filled with combat, puzzles and secrets as you save the day!