Developed by Dead Mage and published by 11 Bit Studios, Children of Morta is a story-driven RPG narrated by Ed Kelly. Following the story of the Bergson family, we have six playable characters who make up an ancient family of guardians, tasked with protecting the Land of Rea throughout generations.

You start off playing as John the Warrior, learning the base mechanics as you hack apart some sludge monsters. Shortly after, you unlock the Bard, Linda, and you learn of a new evil taking hold in the Lands of Rea. For your first mission, you can play as either John or Linda, picking up other members of the family that can fight alongside you as a companion NPC, or allowing a friend to play as with local co-op. Once you’ve found everyone, you’ll also be able to play as Kevin the Assassin, Mark the Monk, Lucy the Pyromancer or Joey the Brawler, allowing you to play the game as your preferred class.

The Gameplay is what you’d expect from a Dungeon Crawler RPG; Hacking and slashing your opponent until they’re no more, while earning experience to build your character. One mechanic I found particularly interesting, was that each time you enter a cave it gives you a different layout, making for a unique experience each time. I even found that when playing on a different save file, the game would generate a completely different cave, opening the world up to a huge amount of replayability and meaning that no two playthroughs were the same. 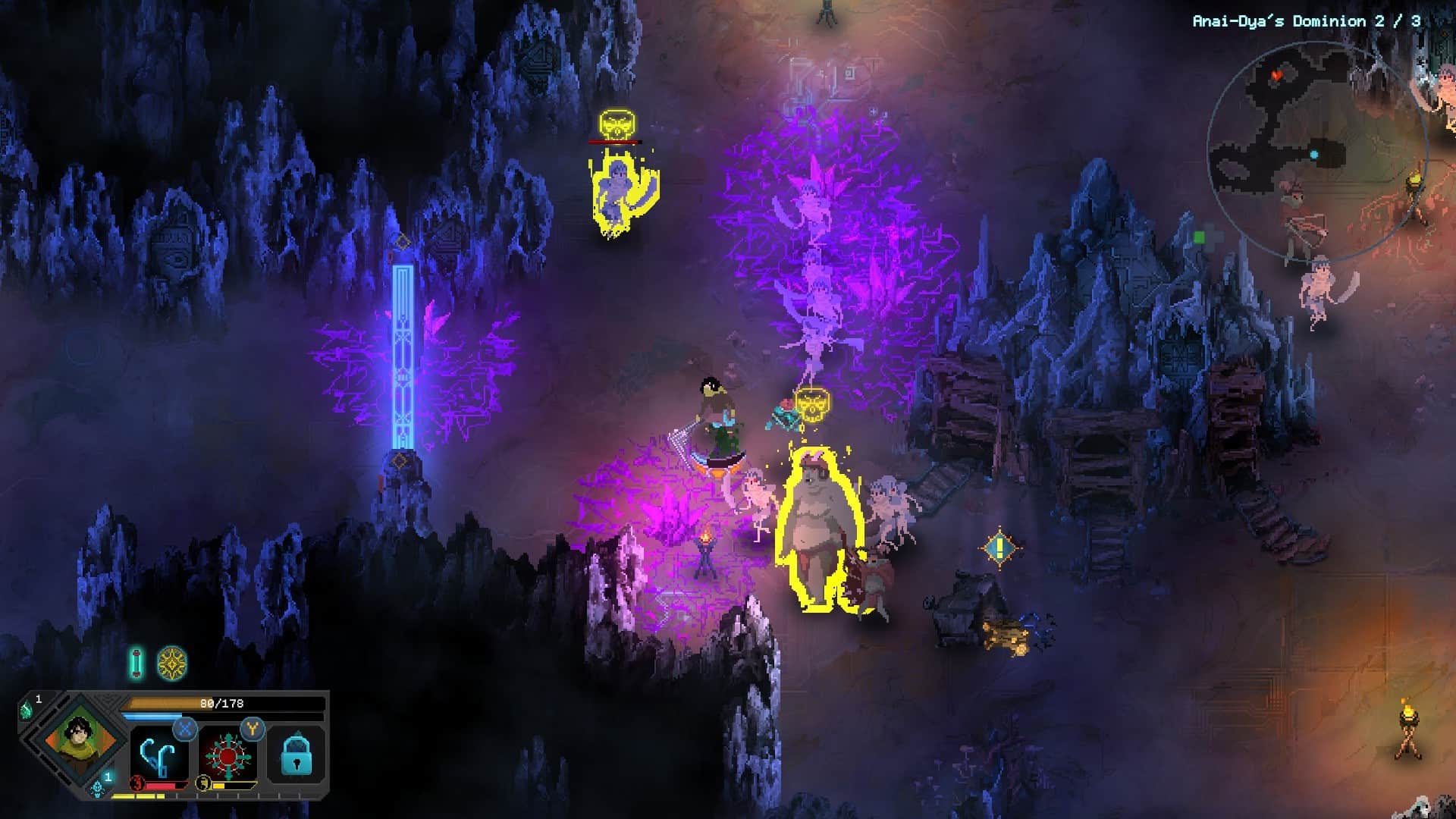 While the game shares a similar pixelated appearance to some of the newer Pokémon trainer games, the animation of the plants and trees swaying in the wind, or the way characters move and communicate is almost as good as some of your more graphically intense games, well deserving of high praise. All the work the development team has put in has led to something that is so much more than just basic graphics with cool effects. The world feels like it has life and the characters ooze personality, even with the simple stylised graphics. The amount of dedication the development team have put into this game is astonishing and unfortunately could very well go unnoticed, but I have to sing praise to them for such an incredible job.

While playing this on the Nintendo Switch in handheld mode was great for when I didn’t want to put the game down, I found the console would struggle at times. This would really only happen during some of the cutscenes, with animations appearing to drop frame rates at random points. Having said that, while playing in docked mode, the game ran as smoothly as any good Triple A title. Either way, my game play experience wasn’t affected enough to warrant a complaint and I still really enjoyed the opportunity. 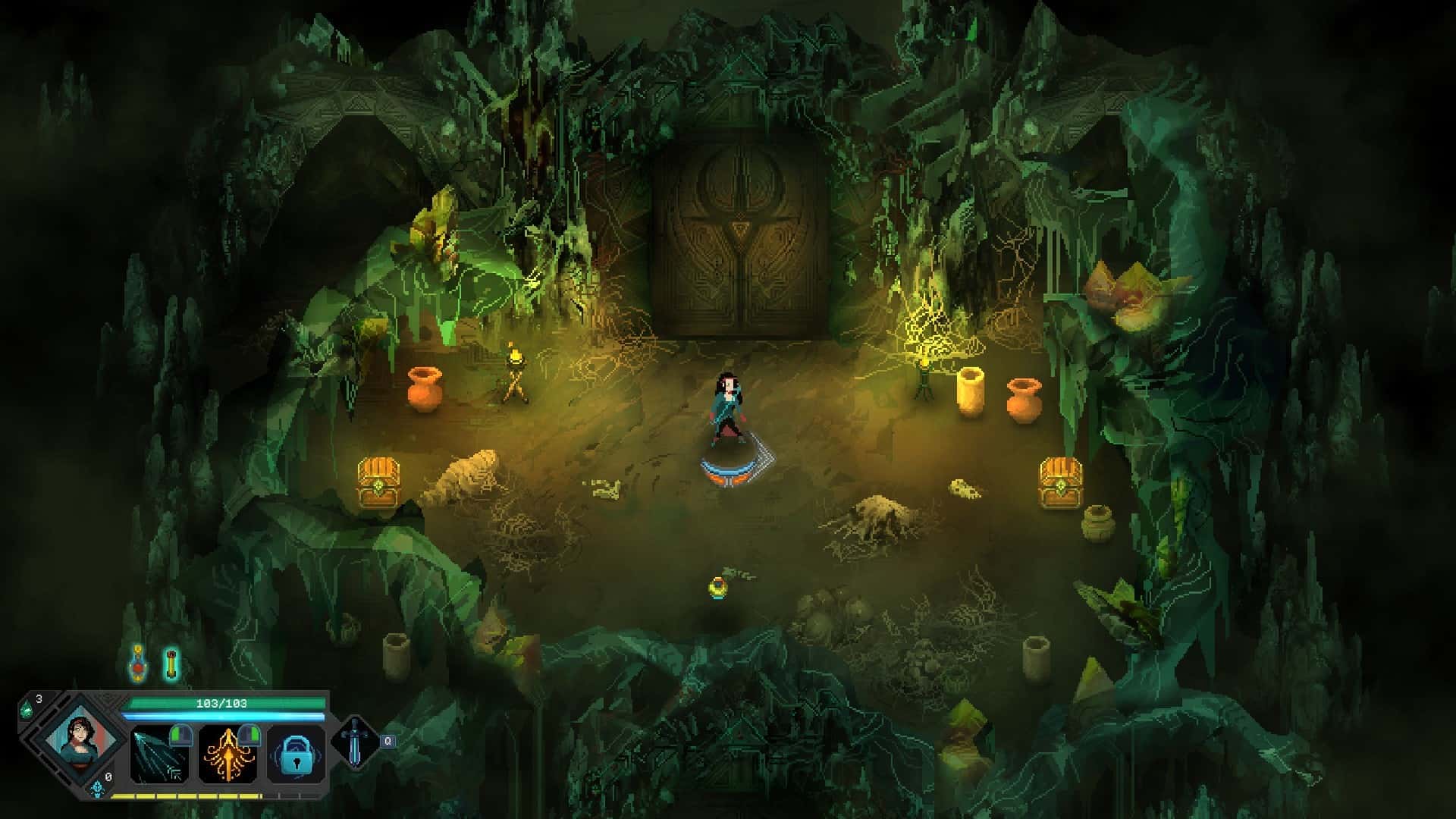 While movement and combat controls are simple and straight forward, each character has their own unique feel determined by their class. They all handle differently. For example, John feels more solid and grounded in combat, while Linda feels more limber and agile. Each character has a light and heavy attack, as well a defensive measure, and in a way, combat is kept quite simple. Characters will have to unlock their different attacks as you progress through the story, unlocking new skills that you can use and power up while smashing enemies.

From a wet cave creeping with bugs, to a dry forest littered with dead trees, just close your eyes and listen. The ambient sounds are done so well that the game really pulls you in and describes the setting, gripping you so tightly it won’t let go. You can imagine the world around you without even looking at your screen. Even something as simple as the narration is so beautifully done, and if I’m honest, I started the game a few times over, just so I could enjoy its embrace again.

I didn’t really know what to expect when I started this up and my expectations were quite low. I am proud to say that my expectations were completely shattered. There is so much more I could say about this game, but I’ll leave it for you to enjoy. Instead, I’m going to continue my journey through the Lands of Rea, letting the beautiful sounds and amazing animations draw me in. 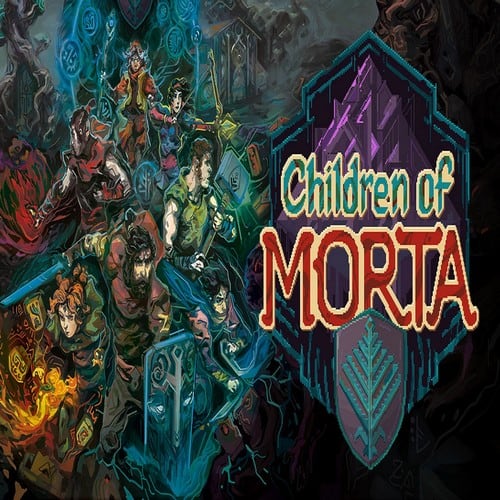 Children of Morta is a story-driven action RPG game about an extraordinary family of heroes. Lead the Bergsons, with all their flaws and virtues, against the forthcoming Corruption. Will you be able to sacrifice everything to save the ones you care for?