Developed by Torn Banner Studios, and published by Deep Silver and Tripwire Interactive, Chivalry 2 is a large multiplayer hack-and-slash game with siege-style game modes. It is available on Playstation 4|5, Xbox One, Xbox Series S|X, and PC with cross-play support, though this review will focus on the Xbox Series X.

Chivalry 2 offers players massive battlefields that can accommodate up to 64 players at once, and in the madness of swirling combat, big matches can be amazing and fun. There are two teams that players can fight for; The Agatha Knights, which can be spotted by their blue attire, and the Mason Order, rocking their red attire. Picking a team doesn’t affect the game. If there is a free slot, you’ll sport your favourite colour. If not, oh well.

There are four classes to play as that offer a unique playstyle compared to the other ones. The archer, clearly the best for range combat with a bow or crossbow as the main weapon. They are quite deadly if they can catch a player off guard during a fight. The Vanguard is by far the fastest fighter on the field, as they have a leaping strike with devastating weapons like a deadly maul. The Footman is to be seen as a balanced class, and they can supply bandages to teammates as an extra boost to healing. The Knight is the last class that can be picked and by far my go-to choice. They have high armour and health pools, allowing them to take the brunt of a fight while defending teammates and occasionally healing their companions 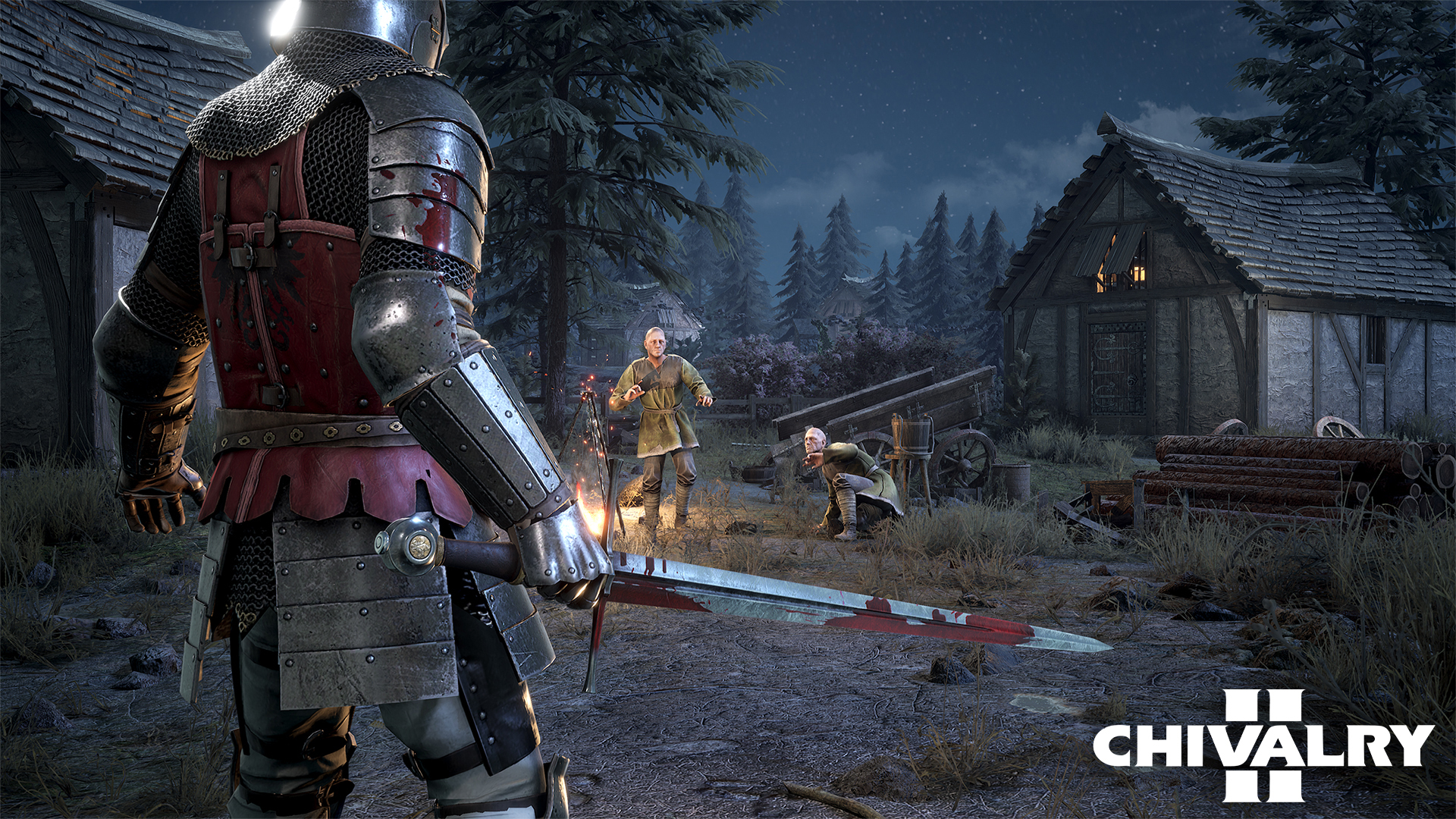 On the battlefield, weapons can be broken or thrown, which can result in some interesting kills as well as defenceless combat. You can pick up weapons from the dead and other items from around the area, ranging from pickaxes, sledgehammers to chickens… Yes, you read that correctly. Chickens can be used as a throwing weapon and make for quite an insulting way to kill someone. An even worse insult is throwing a dead enemy’s head at their teammate. Hearing the clonk and getting a kill with a severed head is the best thing to experience.

The tutorial is in-depth and the only way to progress the lessons is to either do the task or skip it, though heading into battle with 63 other players not knowing everything isn’t a great idea. Players can take part in a Free for all, in either 40 or 64 player game modes, and no matter which mode you pick, players will be greeted by warcries and the hectic battle sounds that await everyone. The map rotation is decent but I wouldn’t mind seeing a few extras.

Team Deathmatch maps take place in anything from open fields to arenas and jousting fields, but the main attraction is the Siege Battles, where one team will be playing on defence, tasked with stopping the attacking team from completing their objectives. These can range from freeing villagers, to burning down houses. 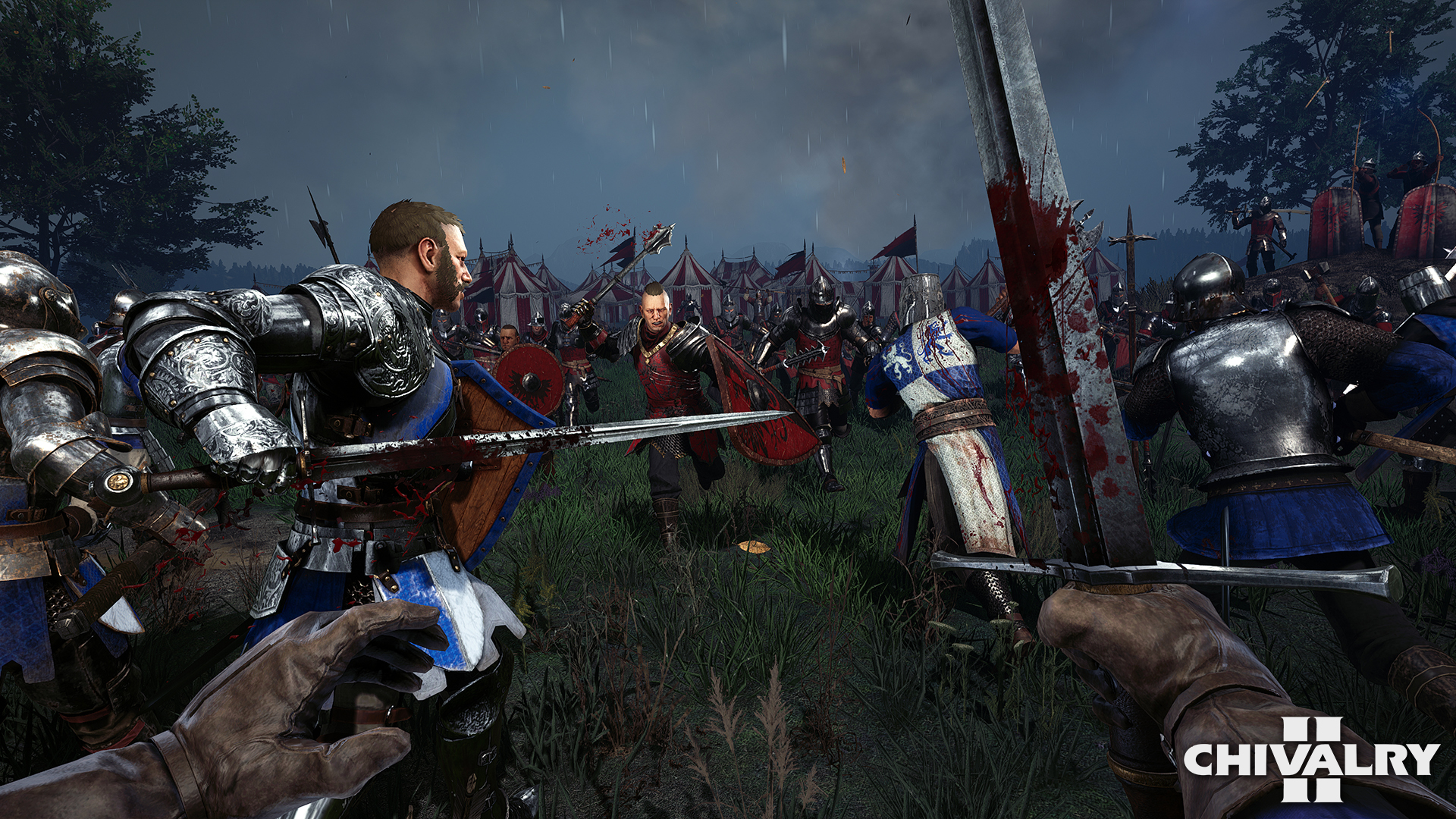 Chivalry 2’s controls feel great. The triggers on the controller are the main buttons to be used for slashing, overhead strike, stabbing, and blocking. I don’t think any improvements are needed for how the game handles, it is very solid for what it is. Visually the battlefields are incredible. With the hours I have spent on every battlefield, I have yet to see any graphical issues. With a big multiplayer game, that is a massive win for it being so bug-free.

The audio is top tier, I just wish at times the warcries were not as long as they are. There are other emotes players can use to interact with teammates or enemies, from throwing insults, giving praise, or just yelling out “It’s my first day”.

The one thing I do wish that would happen in the game is some honour between players. The number of times I have had a great one on one fight, only to be rushed by five people or more during the fight takes away from having a straight-up decent fight. I will sit on the sideline and watch a one on one, only jumping in once more enemies start to rush the fight. It would be interesting if there were smaller team modes that can offer this type of gameplay for those that want to put their skill to the test in more intimate combat. 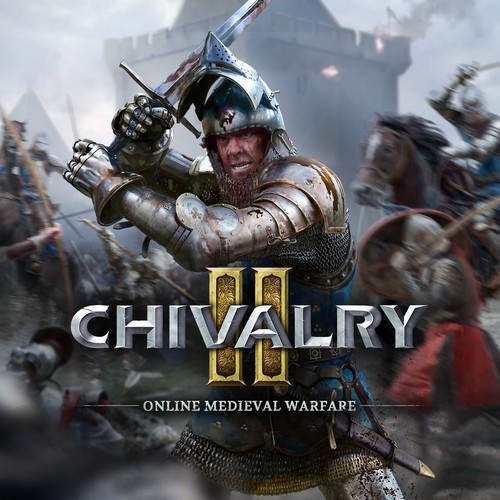 Chivalry 2 is a multiplayer first person slasher inspired by epic medieval movie battles. Players are thrust into the action of every iconic moment of the era - from clashing swords, to storms of flaming arrows, to sprawling castle sieges and more.