I like to think my zombie apocalypse survival plan is pretty simple, but it assumes that I am in a shopping centre when it begins. Get into the ceiling; move around as quietly as possibly; scavenge what basic survival gear Australian shops contain and wait it out until the zombies inevitably move on; all the while pillaging canned food from the supermarkets. When they do move on, make my way out of there and if possible, back to my car where I will head to the coast and take to water. Pretty simply I think. But it does assume zombies can’t climb, no one has taken my car and I was in a shopping complex to begin with.

While technically not a zombie game, Day’s Gone by Bend Studios/Sony Interactive Entertainment certainly feels like one. The opening cut scene sets the tone for the rest of the game as you’re introduced to the main characters in a symphony of screams as the last few survivors are running away from the shambling and groaning hordes of “Freakers” – not zombies. Later into the game, you do discover that instead of reanimated corpses, the Freakers are humans that have been mutated by their infection, not killed. See, they’re different. Anyway, this opening cut scene introduces us to the 2 main characters; Deacon and Boozer, who are amongst the masses trying to escape the not-zombies. With Deacon shoving his wounded wife onto the helicopter, he promises to find her and wanders off back to his biker buddy.

Players take control of Deacon St. John, an Enforcer for the Mongrels Motorcycle Club, as he follows Boozer on their latest bounty along the twisting trails in a rural chunk of Oregon. It was during this first mission that I encountered the first of many graphical glitches. For the most part, the game is beautifully rendered with incredible attention to detail on characters.

Unfortunately, this was let down as I was riding through the country tracks and happened to find a number of cars floating several meters off the ground. Aside from this, crisp textures, incredible lighting and a shortened field of view make for a very pretty game. Game play on the other hand feels very repetitive. You can rely on your missions being one of two styles:

~Go here and kill everyone

To be honest, this left me quite bored of the game very quickly and I found myself struggling to bring myself to play it. That, coupled with the fact that the story doesn’t progress for hours on end really left me wondering why I was playing. It felt incredibly slow. Sure, they’d throw a cut scene in every so often to help keep the story moving, but for the most part you’re on your own, fighting rival human encampments AND trying to deal with the Freakers.

One thing Days Gone does do is build tension incredibly well. Ammunition and other supplies are scarce, and you don’t really carry that much on your person. You have to make sure every single shot is well placed; every bandage used at the right moment. Even your melee weapons wear out over time and you have to make sure you replace them before it becomes an issue. It becomes even harder to monitor this as you’re travelling around the map, with the game spawning random encounters when you least expect it. You may have just finished a mission and are own to your last few rounds when you encounter a gang on your way back to camp. You’ll find yourself hording as much as you can and learning to only use it when absolutely necessary. My biggest disappointment came when I stumbled across my first horde of Freakers. After watching the announcement from E3, where the player was fighting a literal horde of the shambling creatures while showing off his parkour skills, I was excited. I expected to see something along the lines of Dying Light but with more zombies. I was wrong. Sure, the shambling horde initially had my heart skipping a beat or two, and the musical number had my anxiety levels rising rapidly, but the drop in graphics quality to make up for the number of character models was frustrating. And since it was so early into the game I didn’t get to actually fight them, which was quite lucky as all I had was a pistol. But the game keeps them at quite a distance so you’re never really in any form of danger from them anyway.

Days Gone promised so much, but it takes far too long to deliver. The brief moments of excitement are shadowed by a long and confusing story-line, punctuated by hours of repetitive tasks and quests you’ll feel like you’ve done a hundred times before. Just like a shambling horde of Freakers, Days Gone is slow and lacking in emotion. 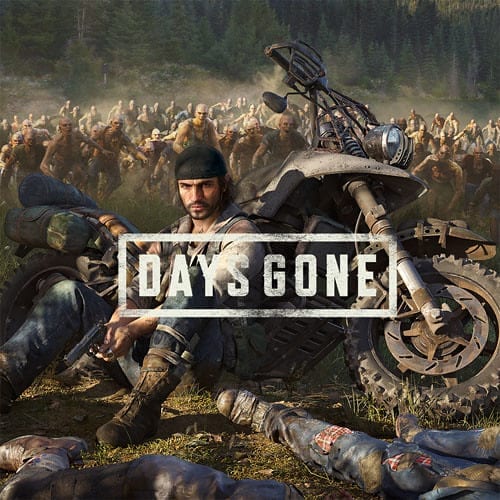