Disc Room, created by Terri, Dose, Kitty and JW, and published by Devolver Digital, is now available on PC and Switch, taking place in the orbit of Jupiter as a giant disc is discovered. It is a puzzle room survival game, with each room having a timer to record your personal best. There is also the creator personal best, so you can try and best the makers. As players progress in the game, each room will have flying buzz saws that the player will be trying to avoid for as long as possible. Think of it as if Cube was an arcade-style game, complete with subtle hints of Sci-fi references and callbacks.

Disc Room’s story is told in a comic book art style, with levels ending with a boss room. As each boss is defeated, more of the the story will unravel and the game tends to reward the player with a new ability. This was very addictive and had me going back for more. As the rooms are cleared they become available to play again, with the abilities being a great way to try and improve your personal best time.

Death is inevitable, but the challenge lies in how long you can escape the hands of fate. Dash, slow time and Clone are just a few of the abilities you can earn, but you’re only able to have one power active and selected as you try again. 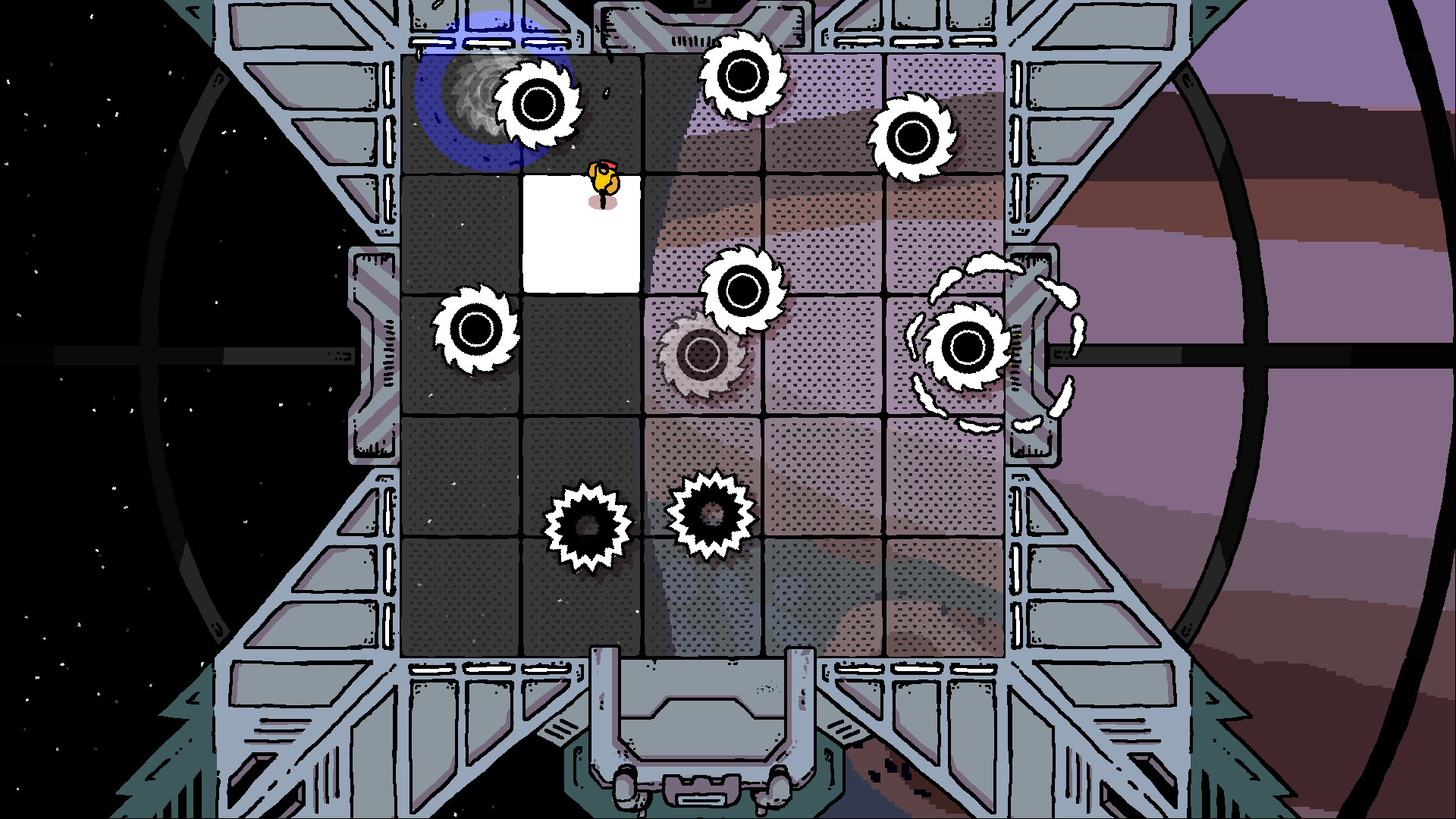 As you advance further and open new rooms, players are met with new discs that have unique functions, ranging from a huge disc that is difficult to escape, homing discs that will follow your every move, or my personal favourite, the red discs that multiply as they move. I suggest trying to learn the behaviour of the discs as the levels can get insane when there are multiples in a room.

Give its graphics are heavily in line with the comic book-style of the story, there is not a lot of details in the game, but this didn’t take away from the overall experience as it fits well with the games vibe. The soundtrack is equally as simple, featuring predominantly keyboard scores.

This plays constantly from when the game starts up and doesn’t miss a beat, so if you’re not a fan of electric keyboards, you may want to turn this off. 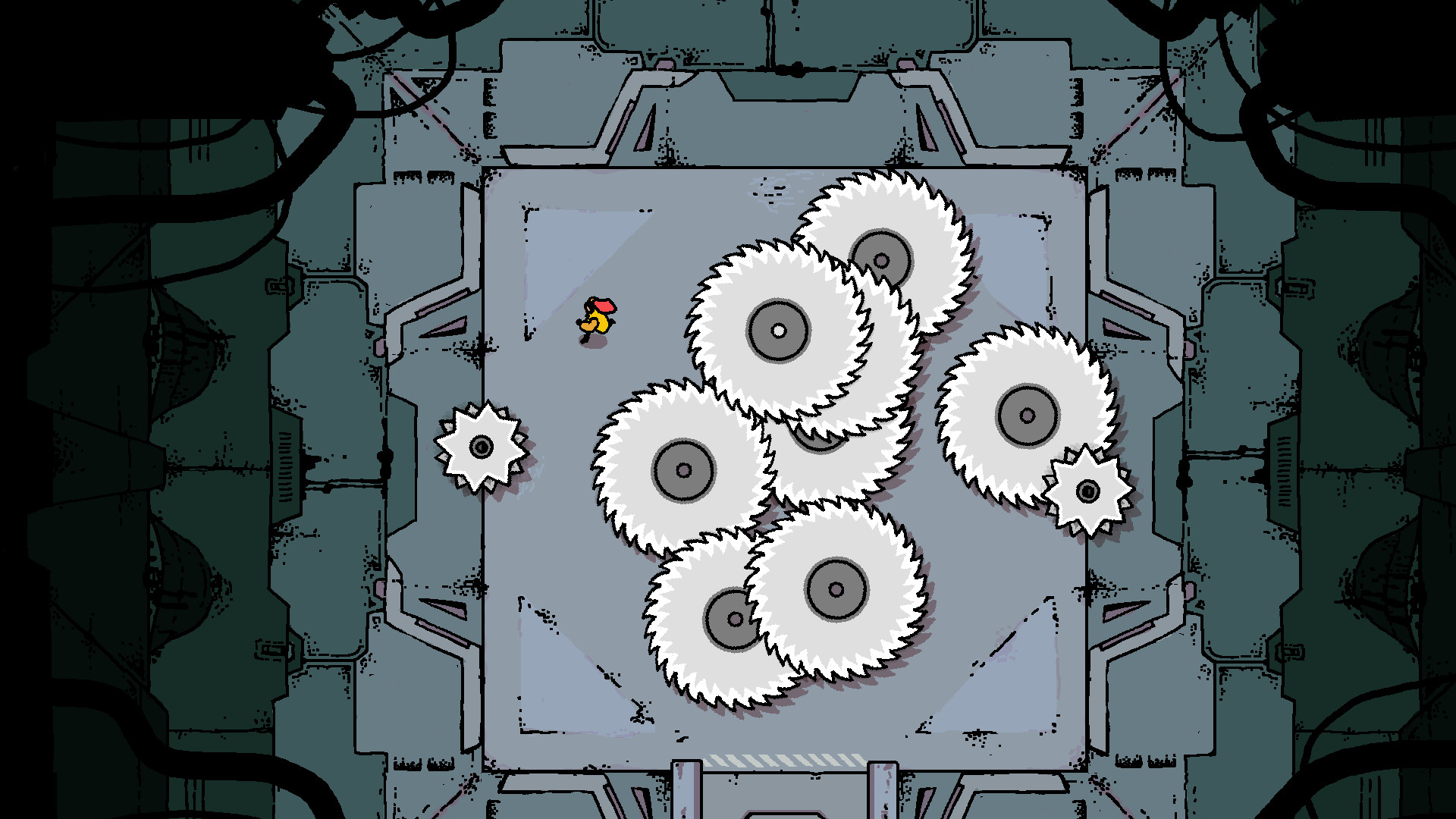 Difficulty wise, Disc Room is hard to gauge as some rooms can be easy defeated, while others offer a significant challenge. Certain boss rooms will have an objective that the player is required to take part in, such as pressure pads to hold down or items to pick up, and between these objectives and the ever present threat of death, they really get the heart pumping. Alternatively, some rooms will feature environmentally themed traps. Desert floors can hide something sinister underneath, so be on guard. Could this be a Star Wars reference? You’ll have to play to find out.

While Disc Room lacks a multiplayer aspect, it wouldn’t really work too well with this style of game anyway as rooms are generally too small. Aside from this, I did not really come across any negatives or think it was missing anything in the game.

Aside from the slightly violent themes anyone would be able to potentially enjoy this title. While some levels can be quite challenging, they aren’t game-endingly hard. You’ll find you die a lot, but if you learn from it and work out a pattern, you’ll be climbing the scoreboards in no time. 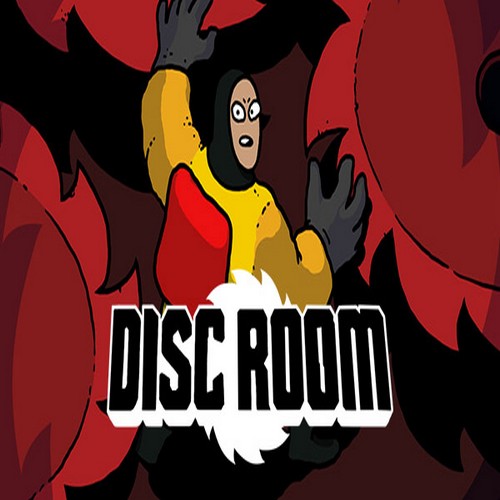 Are you ready to get sliced in half? The year is 2089 and a giant disc has appeared in orbit of Jupiter. Step into the oversized space suit of a brave scientist and explore this sprawling intergalactic slaughterhouse.