Drake Hollow is published and developed by The Molasses Flood, and is available on PC and Xbox, readily accessible through Game Pass. This review will cover both Xbox and PC versions. Drake Hollow pulls the player from the real world as they are transported to the Hollow or Veil, and with the help of a magical crow as your guide, it explains the situation for needing your help to restore the Hollow.

During a nice little tutorial section as you enter The Hollow, you meet the Drakes. They are the cute, innocent, plant-like creatures that inhabit The Hollow. Once you finish the tutorial, you will also gain access to the multiplayer game modes. Players will also need to defend the realm and fight a bunch of dark monsters known as Terminer, coming in a range of different sizes and types.

The world is split up into small islands divided by a killer fog, and as you explore the islands while purging the Terminer, you can find Drakes scattered about the world. The world progresses with seasons just like our own, so don’t be shocked when you see it snowing out of nowhere like I did. Players will also need to find materials and schematics for new building plans, as building is a key element to the game. You will need to build food stations, water supplies, beds and items to keep the Drakes entertained, or they will die. 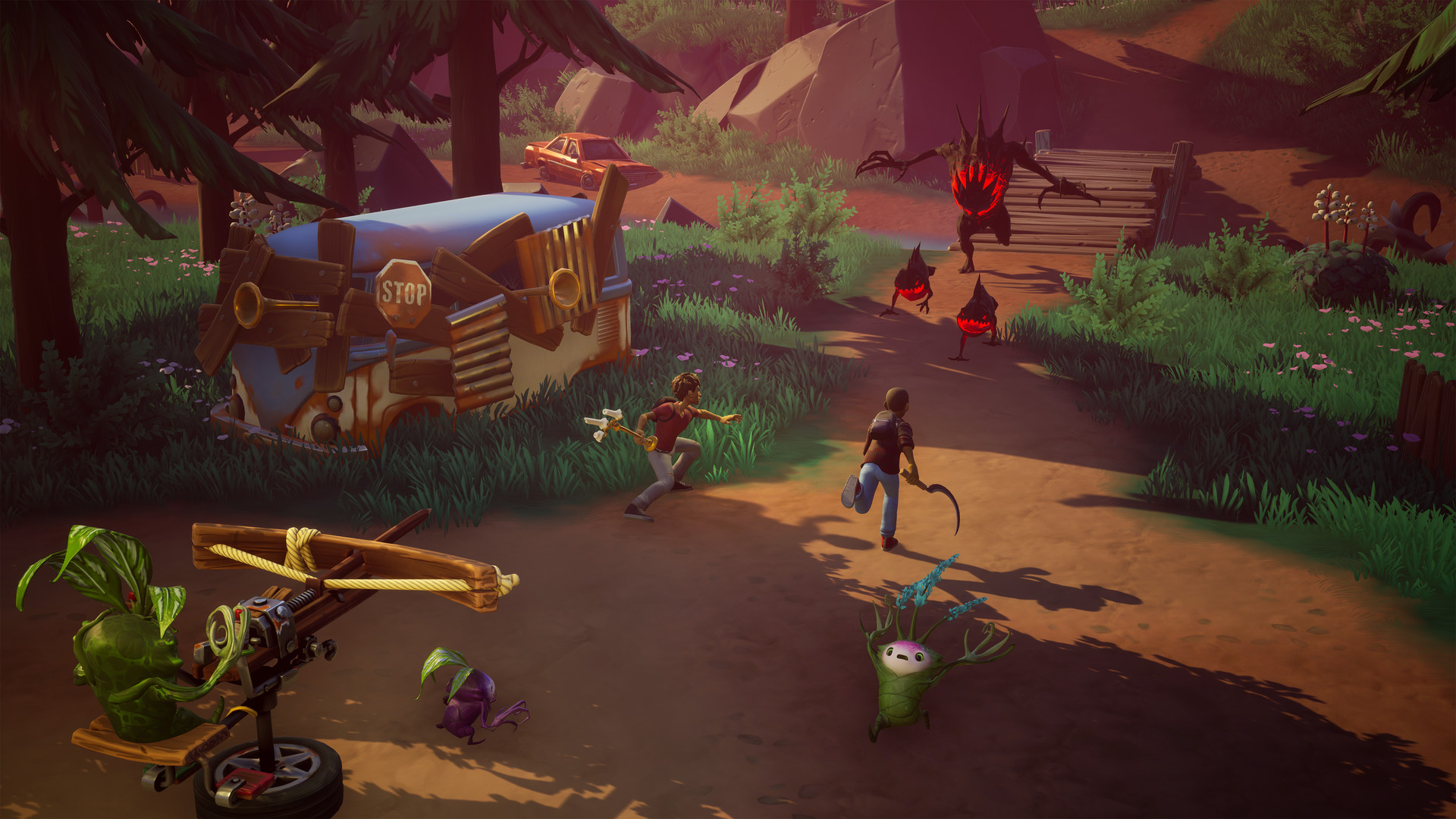 Along with the food, water and entertainment, you have to defend against Terminer raids, each growing slightly in difficulty as game progresses. Fortunately, there will be a heads up to let players know these are coming, so if you are on the other side of the map, you’ll want to get back as fast as you can.

The controls are very familiar with other survival crafting games, though the keyboard and mouse option was the ideal fit. I found it more fluid for movement and combat than the console counterpart. The only major difference is how much you can build, and this is based on your camp’s level. There is a unique resource called Charms, and as you interact with the Drakes back at the camp they can reward you with gifts and charms. Charms are needed to build, so think of them as more of a currency that helps you to build; they are very easy to get and just as easy to burn through.

There is also crafting for the players survival, ranging from health potions to a crystal that allows the player to traverse the deadly fog. I found building waypoints was a must do early on, which will allow you to grind a rail to connected waypoints. They make getting past the deadly fog really easy, and you do it with style.

The animations and graphics are very well done for this being only the second game developed by The Molasses Flood. While the PC version graphics seemed to have more life to them in the bleak world the game has to offer, it is still very pretty to explore on Xbox. It is definitely a top contender to other games of the category, with everything blending smoothly together, from the movement of the character to the distant scenery. 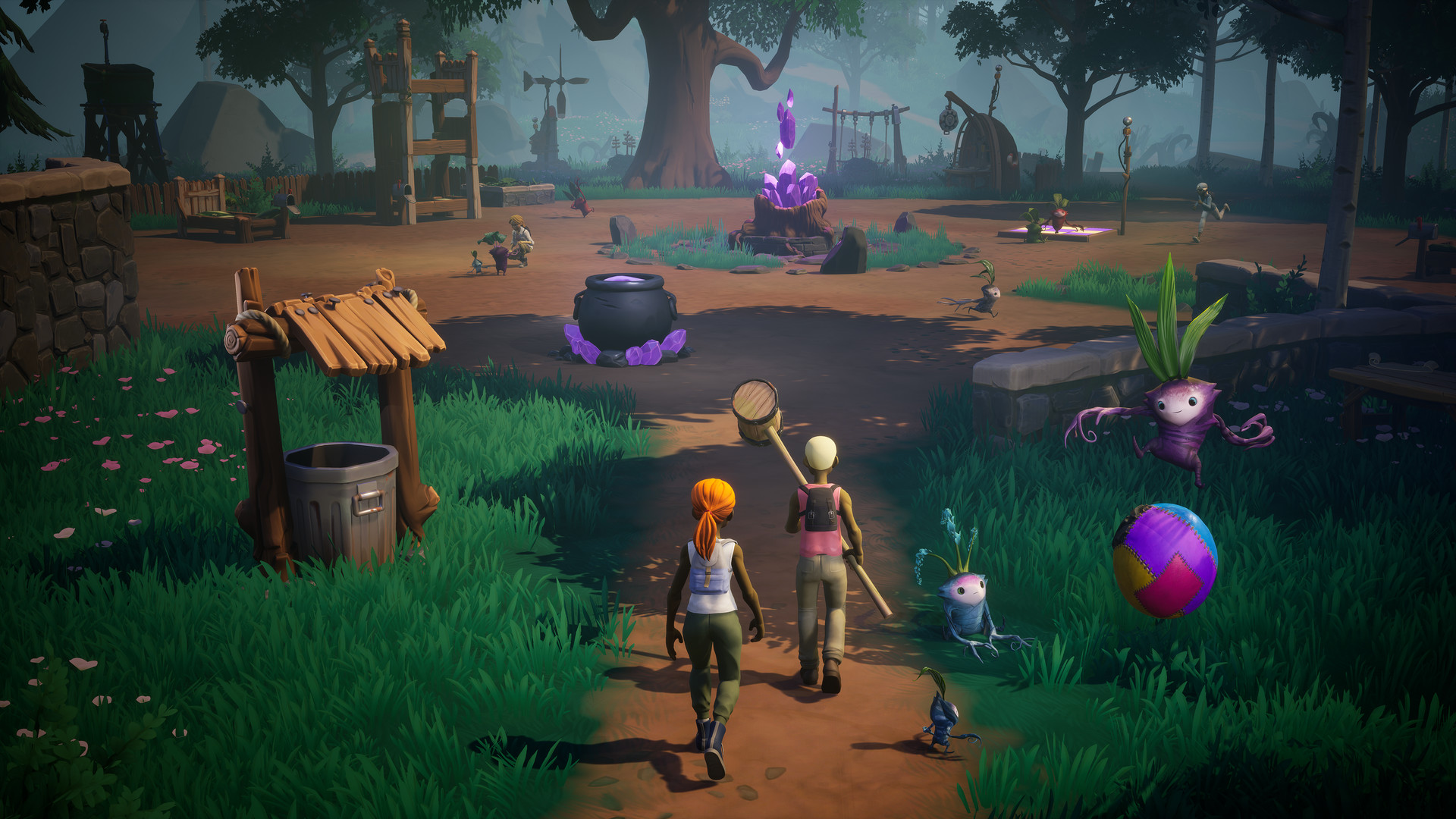 Drake Hollow does feel more optimized for the PC then the Xbox, so I launched both versions and compared them. While they are both great the, PC version was running quite a bit smoother in every aspect of the game. Watching the infant Drakes play and grow is also a good nod towards the effort put into the animations and graphics of the game. Whether they were playing on a yoga ball or crawling under a bed, the Drakes are certainly made very well.

Audio wise, there is not much to mention as the player and the Drakes do not speak, though the Drakes do make slight noises. The only character that speaks is the Magical Crow, but the ambient music and sounds make for a relaxing time in-game. It is also worth noting that unlike some other well-known games, there is no content locked behind platforms, which is good, so the overall difference leans more towards the graphics and fluidity of movement. Something that is generally expected when using a PC with mouse and keyboard controls.

Drake Hollow will have something for every play style. While I focused more on fighting games, I have always been into the survival style games> I don’t mind building or gathering resources, but give me a weapon and point me where to swing, and I will gladly clear the way. I can’t pick any real faults with the game, honestly. My hat goes off to The Molasses Flood, as Drake Hollow is certainly a hell of a game, and if I’m being honest, I didn’t expect it. I look forward to introducing it to my Niece and Nephew, and I look forward to seeing where the future leads for the game and the team behind it. 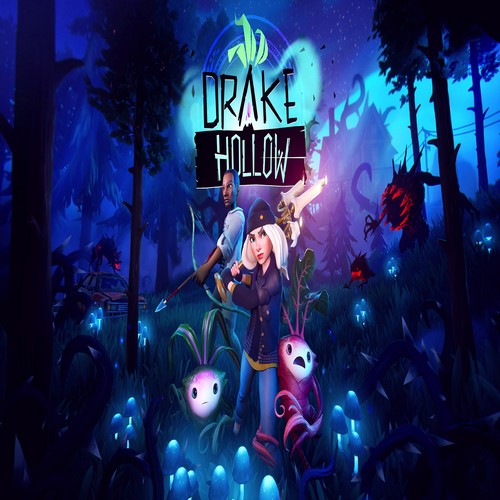 Team up with friends to build and defend villages of vegetable folk from deadly feral beasts in the blighted world of The Hollow. Explore, gather, and fight! Can you craft the perfect village?