If you haven’t played a Dungeons game before the premise is pretty simple but execution is a little tougher. To boil it down the aim of the game is to build a dungeon, defend your dungeon from invaders and complete missions. The campaign mode follows the dark elf sorceress, Thalya, the vessel for the Dungeon Lord, conquering a new continent on his behalf.

Plenty of cuts and narration sections set the tone for each mission. Not having played the previous Dungeons titles, some of narrating went over my head but, certainly didn’t take away from what is quite often a fun listen, albeit filled with dad jokes and references to other dungeon crawlers. While there is an option to skip them, I’d highly recommend taking the time to listen to them. 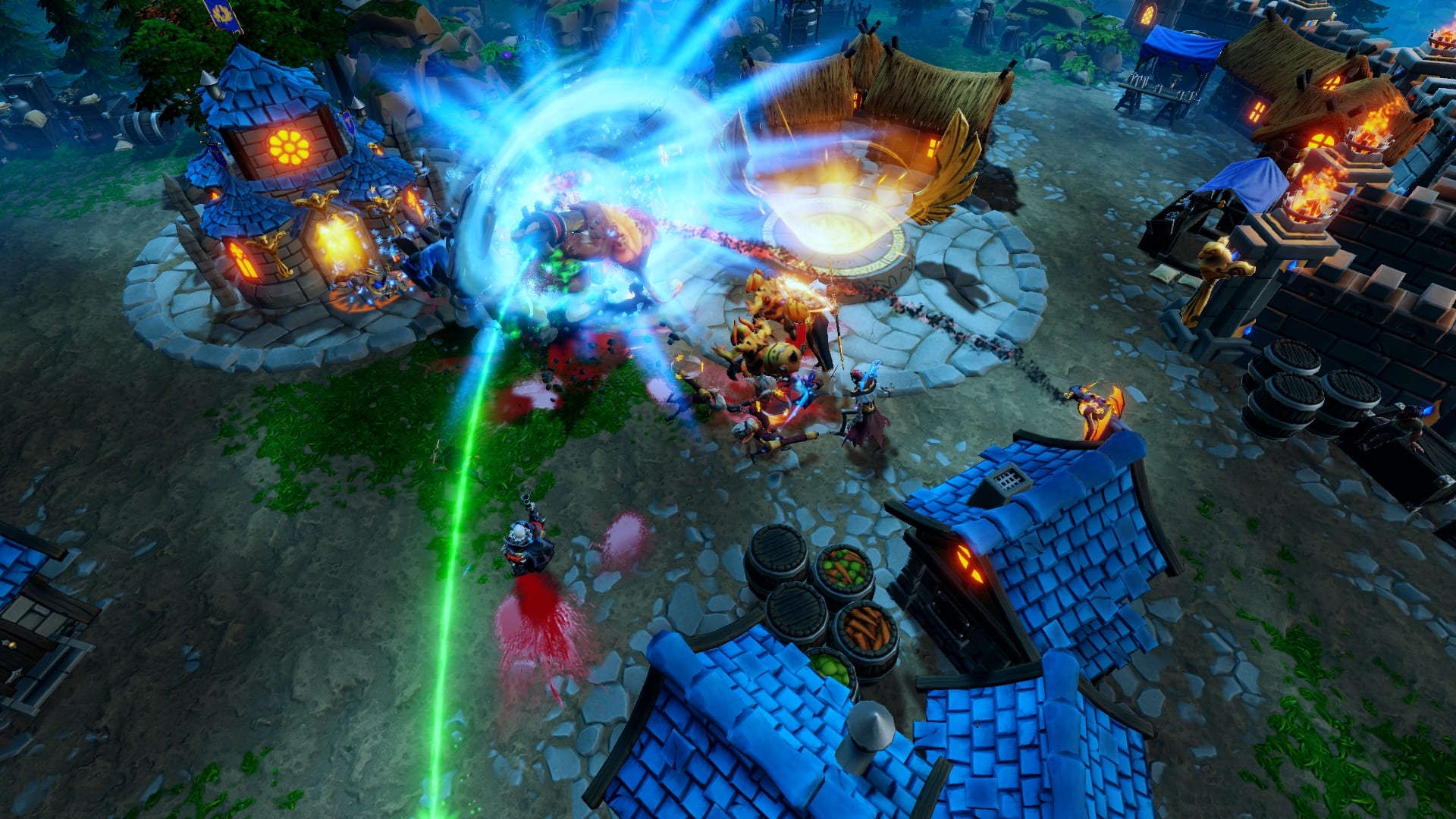 Starting out, the abundance of options in game can be a little overwhelming to people fresh to dungeon games with just how much you can do. With a little guidance from the narrator and in game prompts you’ll slowly be eased into them. I was skeptical as to how a dungeon strategy game would translate to controller when a keyboard and mouse would make things so much easier but again Realmforge Studios have done an outstanding job at mapping everything to 1 and 2 push controls. Nearly every button and trigger on the controller is utilized and once you’ve got your head around it, it’s pretty much a breeze to do it all.

Now to the heart of the game, your dungeons. Each mission starts you off with a randomly generated dungeon which you need to open up the space and then design it effectively to maximize everything you can put in it. Gold deposits run through the dungeon as you clear space to design your ultimate dungeon in each mission. Designing your dungeon properly is an absolute must in Dungeons III with so many options; it’s really up to you. Trap the entrances to protect yourself from incoming forces from above ground, build treasury spaces around gold deposits to enable faster collection; the options are endless, so design can’t be stressed enough.

Building your armies also takes some thought too. While needing some of your forces to take on the overworld, you also need to leave behind some of your minions in the dungeon to defend it. Each minion has a hunger and sleep percentage counter so if you haven’t set up enough rest and food spaces inside your dungeon, they will flat refuse to fight if they are too tired or hungry. So again, dungeon management is key. 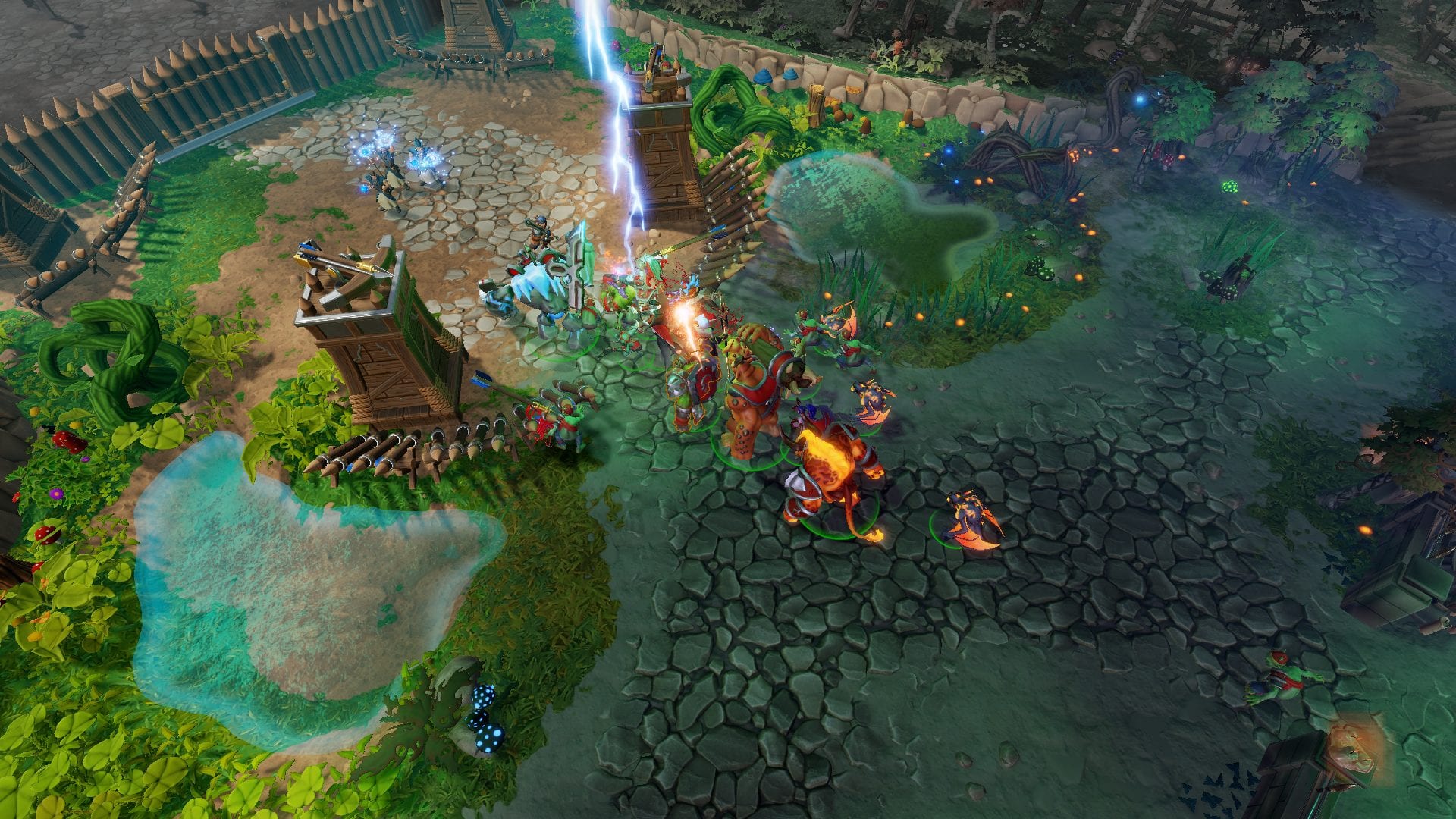 Time to get to the above ground action now and this is where the majority of objectives and take place. Along with Thalya, you’ll need to take a good balance of minions with you on each mission. Options again are varied but a good mix of healing, short and long range minions will help get you through each of the missions laid out before you. All your minions gain experience from killing invaders and soldiers above ground so keeping them alive will keep your army continually growing stronger. Because you have to start each mission with a blank dungeon the longevity of the game is there as well as an ever-evolving learning curve from your mistakes with past layouts. It takes a lot to be an ultimate dungeon master.

Graphically, Dungeons III: Complete Collection is pretty crisp even on an older Xbox One and with a lot going on onscreen at certain times it never felt bogged down, over saturated or lacking in frames. The colouring from above ground to dungeon contrast nicely to the environments they are portraying and it all just clicks, so hats off to Realmforge Studios. Audio is also well set out with the great narrative voice of Kevan Brighting, the individual sounds for each of the heroes, minions and attack noises; it definitely makes for a constantly changing soundscape.

All in all, Realmforge Studios has done a great job with Dungeons III: Complete Collection. The many options in game, the longevity with all the accompanying DLC, and the great feel makes this a must for any dungeon or strategy game fan. Fun and enjoyable for hours this is a game I’ll be sure to finish. 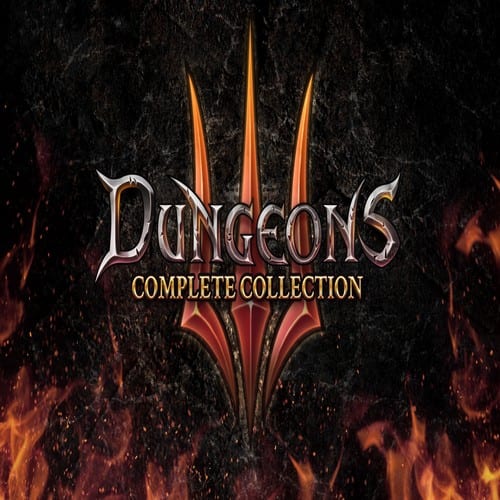 Dungeons 3 - Complete Collection is the ultimate edition of the latest installment in the popular Dungeons series of strategy games. Build and manage your own dungeon as an evil Dungeon Lord, recruit new monsters and place cunning traps for unsuspecting adventurers.