By HadesTheHobo on January 4, 2021 on Reviews, 4 More
close [x]
Tweet
No Comments

DungeonTop is a strategic deck-building, dungeon-crawling card game, where you adventure room by room, battling monsters and finding treasures, in the hopes to accumulate enough wealth to then expand your deck. Very simple. However, at the same time, it’s really not that simple. In fact, this game is anything BUT simple, and whilst that may be a big turn-off for some younger audiences, I think the older Magic and Pokemon card players are going to love it.

As I mentioned, it was hard to really get started, but when I did it was like a combination of games that I loved. I know I’m strange, but Final Fantasy VIII had a card game in it that I loved, and this reminds me of its basic layout.

Another plus for me is that like the Pokemon Trading Card Game before it, I really like the idea of being able to build a deck whilst I’m traveling without worrying about actually carrying cards around. Switch for the win! 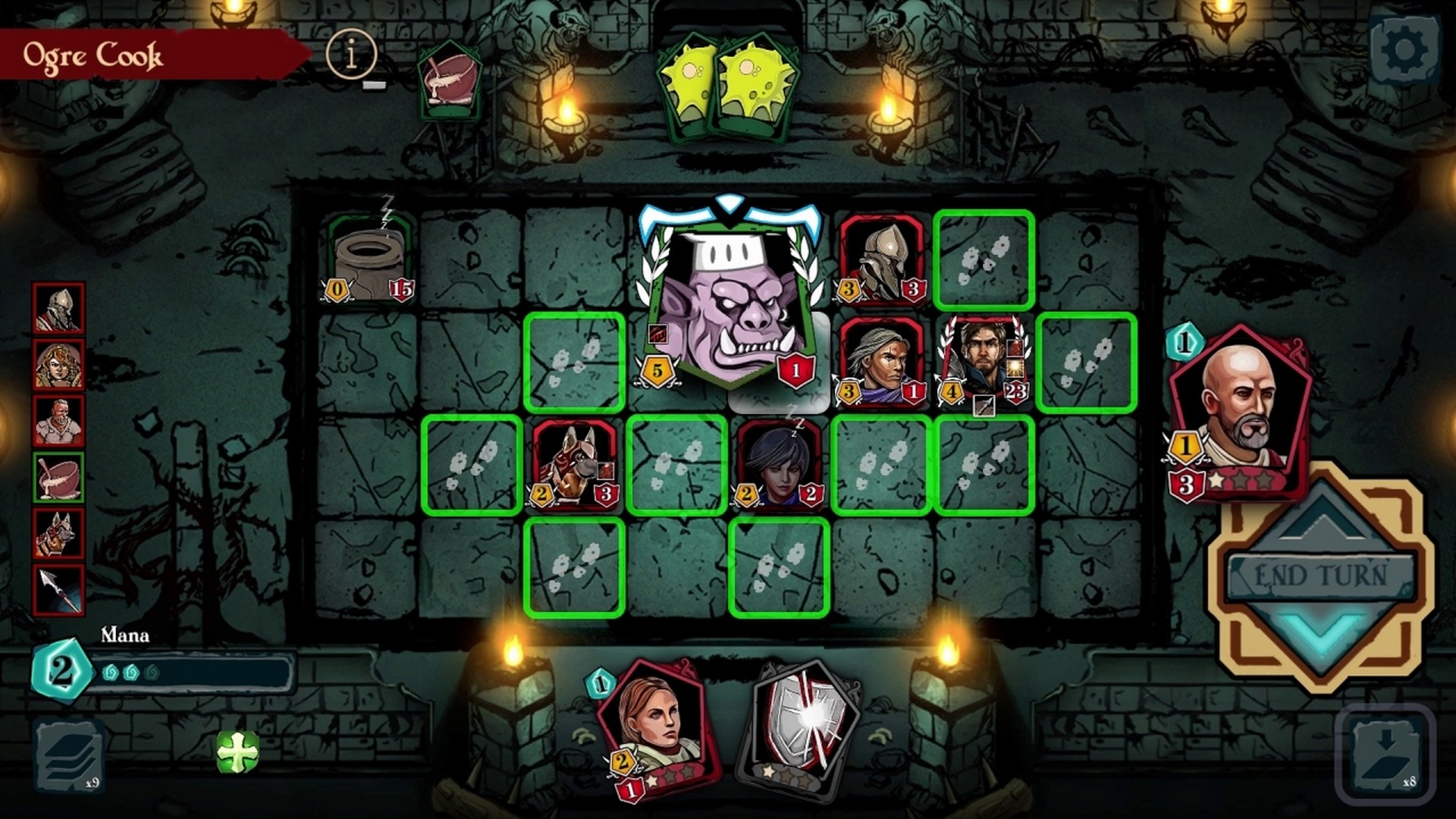 To begin a game of DungeonTop, you have to pick a hero. This starts as a simple warrior, however, as you progress includes a mage and a rogue that you can purchase to unlock. You then pick an allegiance that will determine your overall strategy type. For example, an all-out attack to dominate the board, or perhaps boost your hero by sacrificing minions. DungeonTop is nice in that it gives you the option to play your preferred style. Like many RPG games, you can also increase your difficulty to gain a bonus in rewards, but trust me, you will want to hold off on this at first while you get the game down.

As you travel through the various dungeon floors you battle monsters that you can loot once victorious. This loot comes in the form of new cards for your deck, but also treasures to purchase new cards, like new heroes, or just level boosts to your current cards from the local blacksmith. His decision to set up shop in a dungeon is still lost on me. Speaking of things lost on me… MY CARDS!

That’s right when you die you lose the majority of your stuff. This was an unpleasant surprise, but I’m so bad that I died pretty early, so managed to discover this sooner rather than later. Small victories, I guess. 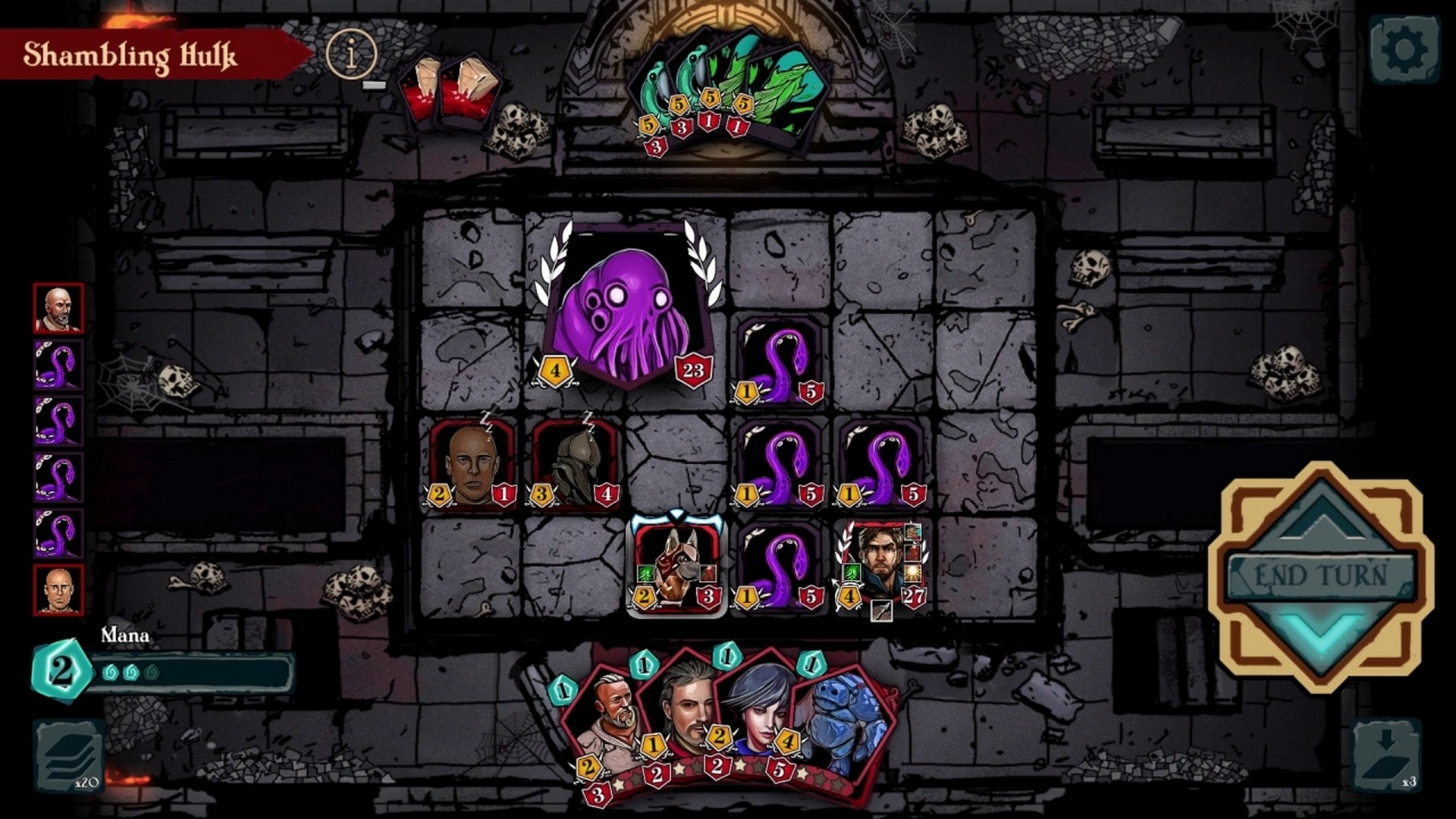 The larger “zoomed-in” graphics throughout DungeonTop are pretty detailed. Each zoomed-in look at a card shows it with a real “haunted” or “dark” overlay, and I feel it perfectly embodies the theme of dungeon fantasy that is portrayed throughout the whole game. Other than the larger characters though, the graphics a pretty lackluster. The cards are basic and the dungeons are just 2D rooms and corridors. That said, they clearly get the job done and, combined with a constant eerie soundtrack, there is a constant feeling of darkness permeating the game. *evil grin* I kind of love it.

I’d say my only real gripe with DungeonTop is the whole “drop everything on death” style. That’s just my personal opinion, as I dislike being forced to start over, especially when I’m just getting my bearings. Would love this to have been an option, rather than an enforced way of life.

Overall, I actually really enjoyed DungeonTop. Definitely brought back my urge to start deck-building again. It is a really nice take on a table-top card-playing game, and, while it may be a little much for your average youngster, its wide range of customisable decks and play styles will appeal to many audiences. Definitely give it a go. 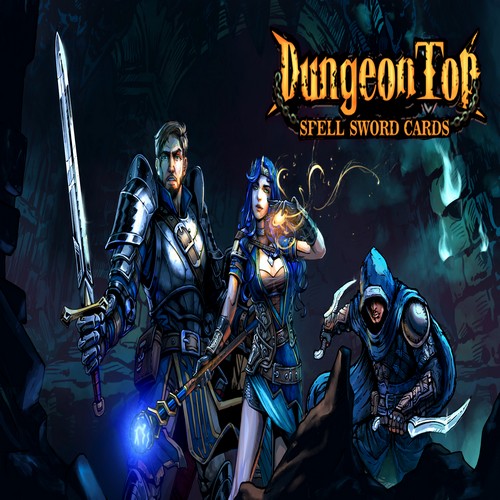 Published by: QubicGames
Developed by: One Up Plus Entertainment

A rogue-like deck-building game with table top battles! Choose a hero and allegiance then dive into the dungeon and build your deck as you battle!