Many years ago, when I first bought my Xbox 360, one of the main games I was keen on was Battlefield 4. I thoroughly enjoyed the Conquest mode but didn’t bother playing Team Death Matches. Once I got the Xbox One, I was eventually talked into buying Black Ops 4 by the MKAU crew, and we mostly focused on TDM, spending very minimal time in any other game mode. I liked the fast-paced gameplay of Black Ops, but I missed the objective grabbing of Battlefield.

With the troubled release of the Xbox Series X|S, another game is slowly creeping into my sights. A game that combines the objective grabbing of Battlefield, the fast action gameplay of Call of Duty, and adds a small Real-Time Strategy element in the form of squad command. Enlisted, developed by Darkflow Software, and published by Gaijin Entertainment takes players back to World War II and gives them command over the Allies or the Axis.

Unlike traditional First Person Shooters, Enlisted will give players the ability to recruit, equip and progress multiple squad types, from units of standard soldiers carrying a basic bolt action rifle, right through to ground-pounding tanks and nimble fighter aircraft. As you deploy your selected squad, players will be able to choose which soldier they wish to control, to begin with, while the others are controlled by the game’s AI and can be directed to defend a position or to take control over an objective. 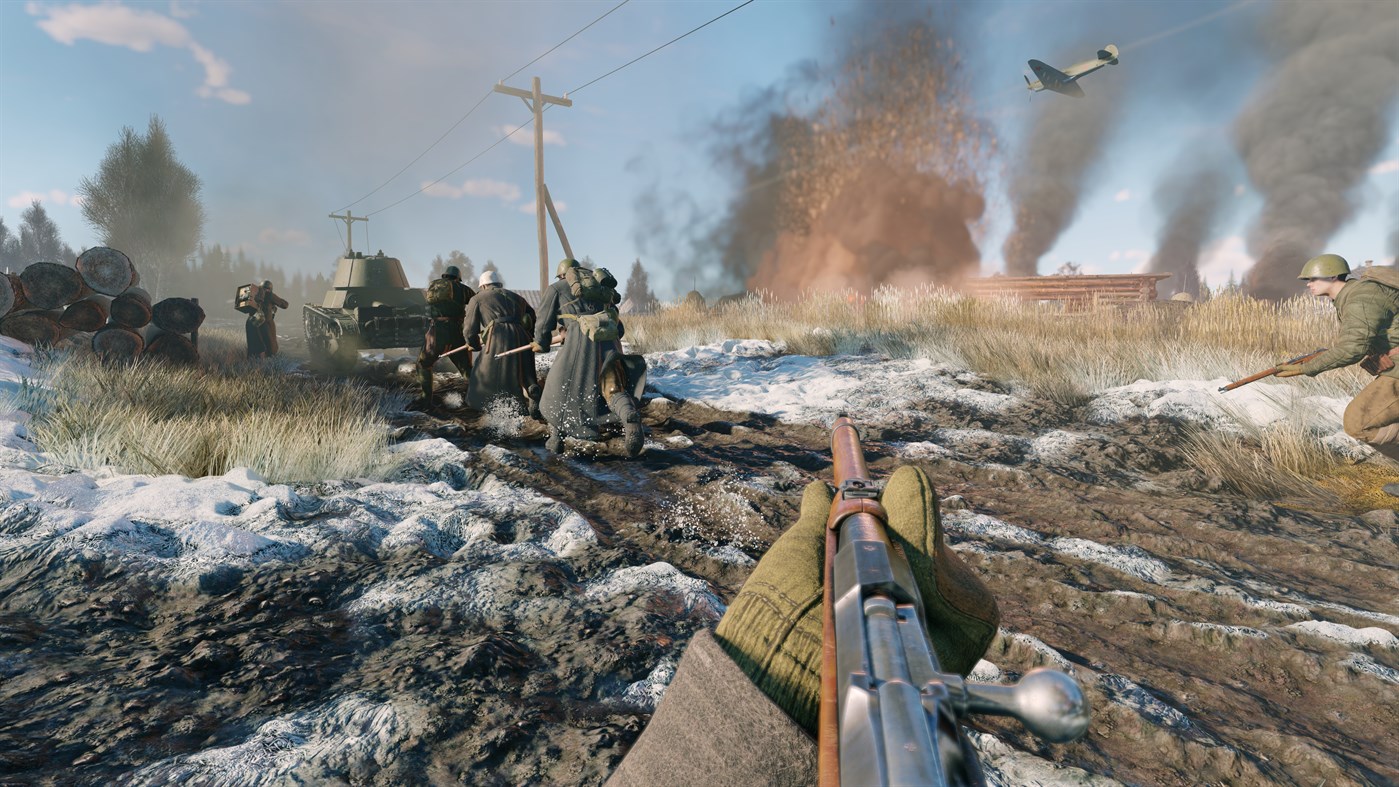 Aside from being able to control squads of either enlisted or battle-hardened troops, Enlisted plays in a very similar way to Battlefield and Call of Duty combined, in that the map will have areas each team will fight for control, just like Battlefield, but on relatively small maps where you’re dumped right into the thick of things as you spawn, just like Call of Duty. Being described as an MMO squad-based shooter, units will receive experience based on how well you performed in combat, progressively levelling up and unlocking new abilities or perks as they go.

As you play through the online campaign, more and more units or weapons will be added to your roster, allowing you to swap them out as you see fit, and each soldier can be set up with a variety of loadouts, meaning you won’t ever be stuck with a single loadout, unless that is what you want, of course. 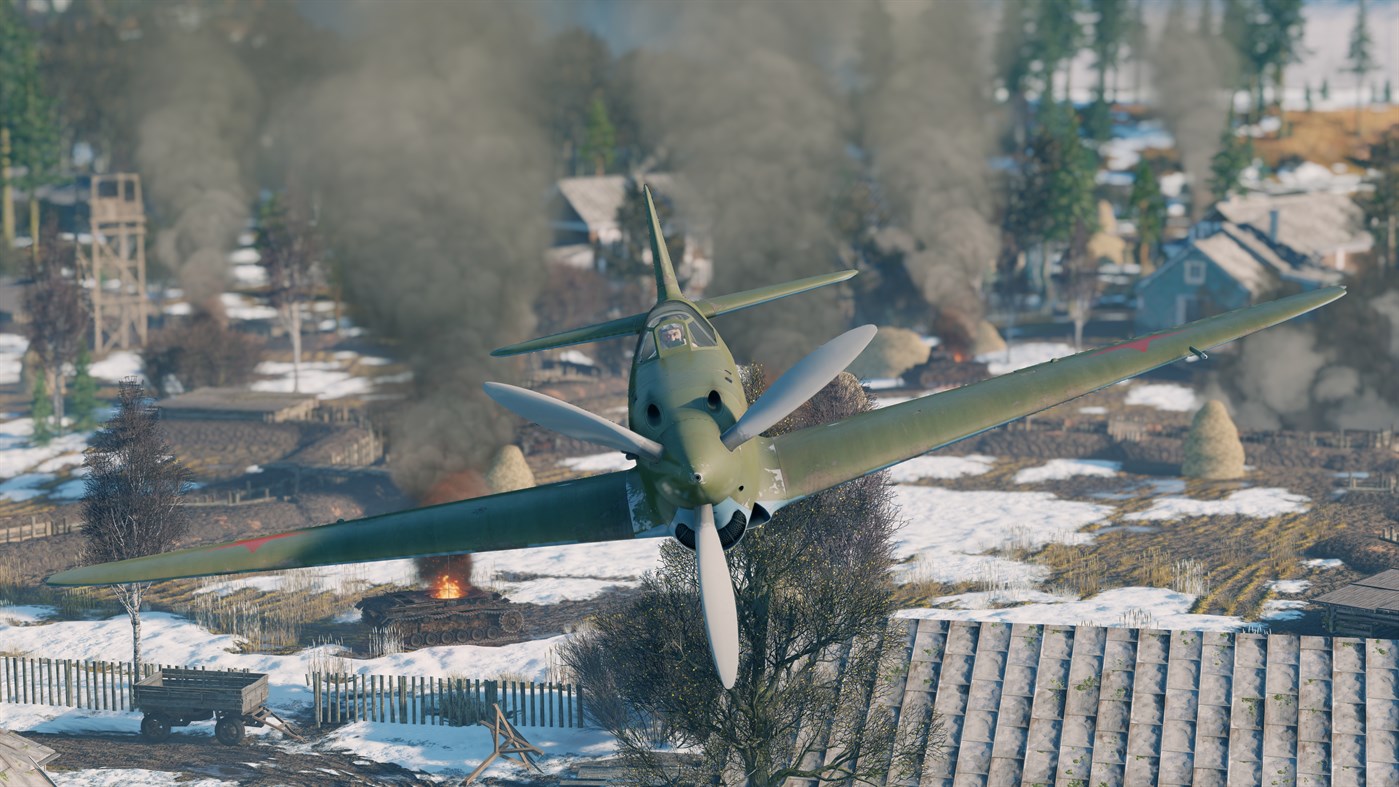 The sounds used in Enlisted are absolutely fantastic. The menus have a musical score that is vaguely reminiscent of games such as World of Tanks as you go about arming your troops and selecting squads, but once you’re in a game, all hell breaks loose. The weapons all have a very distinct sound to them, with the MP44 giving off a fairly rapid crack, while the Kar98K booms ever so powerfully, before fading off with that distant echo. The soldiers speak in their own languages when you’re commanding them, and you’ll quite often hear them shout out as you drive the charge of your comrades.

Every detail, from the soldiers themselves to the weapons in their hands, right through to the map has been meticulously recreated and looks absolutely incredible. The heavy coats worn by the soldiers actually look like they have texture, as opposed to simply being painted on. Windows shatter and wooden stands crumble to pieces as they are hit with stray bullets or run over by armoured units. Enemies pile out of doorways as players forget they have a squad attached to them, while shells buzz through the air, leading to a very busy battlefield, and the Xbox Series X did not skip a beat.

As it stands in its current preview release, Enlisted is a highly detailed and incredibly addictive game. The only real drawback it may suffer is that it completely lacks a single-player experience, but it is an MMO after all. It seamlessly blends first-person combat with RTS squad control and keeps players in the action for longer, so long as you use your squad wisely. Enlisted will certainly be once to keep an eye on, and any fan of shooters really need to give this one a shot. You won’t be disappointed. 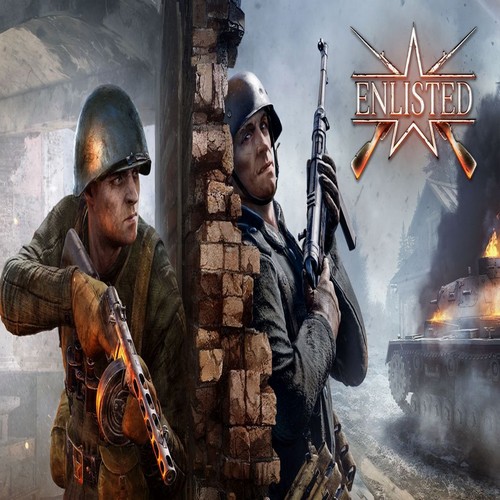 Lead the squad of soldiers in large-scale battles of infantry, armoured vehicles and aircraft that recreates the most famous battles from WWII.