Fallen Legion: Revenants is developed by YummyYummyTummy and this artistic, action RPG is now available on the Nintendo Switch and PlayStation 4.

Fallen Legion takes place within the fictional empire of Fenumia. Players will take on the role of two main characters; Lucien, who resides in the castle walls of Welkin Castle, and Rowena, a revenant. Lucien must teams up with Rowena, who seeks to come back to life, but with their powers together, their ultimate goal is to dethrone the tyrannic ruler, Ivor.

The gameplay of Fallen Legion Revenants is broken up into two major portions. Lucien handles the conversation side of the game, as he can talk to other people that live within the castle for information to help Rowena, and her units called the Exemplars. As some levels will have split choices where to go and fight, talking to people within the castle may shine some light on where to go next. 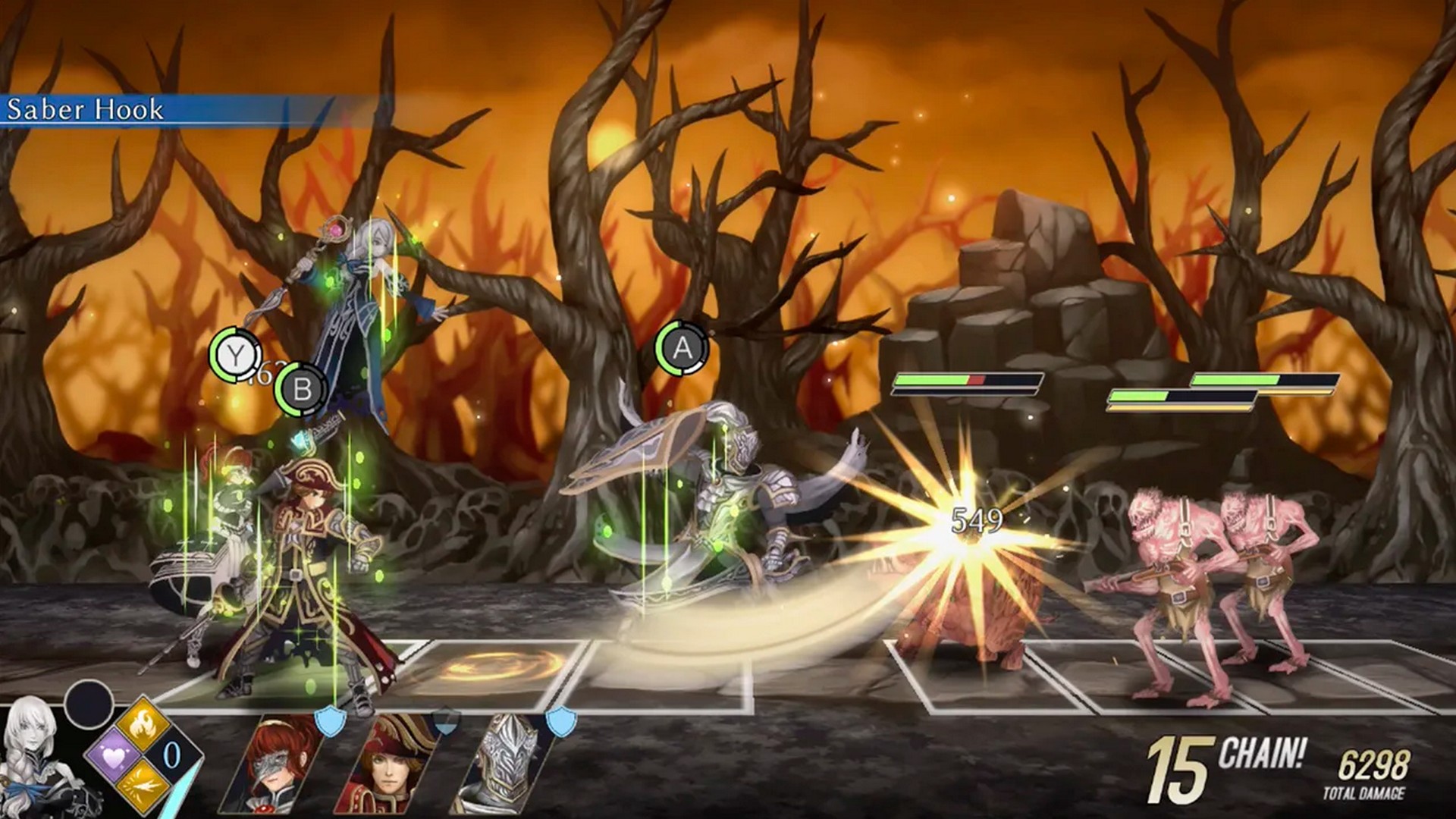 The combat side is controlled by Rowena. She will float above her Exemplars during combat and has the ability to heal and cast spells for the unit. The Exemplars can be formed in a team of three, so there is the opportunity to cover a range of playstyle with the classes you can assign, such as ranged units or bulky melee warriors. There are portions of the game where it will split-screen away from the action of Rowena as Lucien is given a timer to find information out during the quest. I personally would’ve enjoyed some longer-lasting fights as many of them either felt too short or when it was building up just under-delivered with an easy enemy.

The controls for Fallen Legion are very easy to learn. Triangle is assigned to Rowena for her spells while square, cross and circle are assigned to an Exemplar. The button prompt for the unit will always be shown with a bar that fills indicating when you can attack with that unit. They start with three attacks at first that refills during combat. When a unit is taking damage you can rotate the units to have a lower health unit be placed in the back row to keep them alive a bit longer.

For movement, it is a side-scrolling for both aspects of the game with Lucien and Rowena. While in combat, there are three blocks on the floor that are lit up and that is as far as movement can go; the enemies will have the same form of movement as some certain skills and spells can push them back or forward across the path that they can fight from. 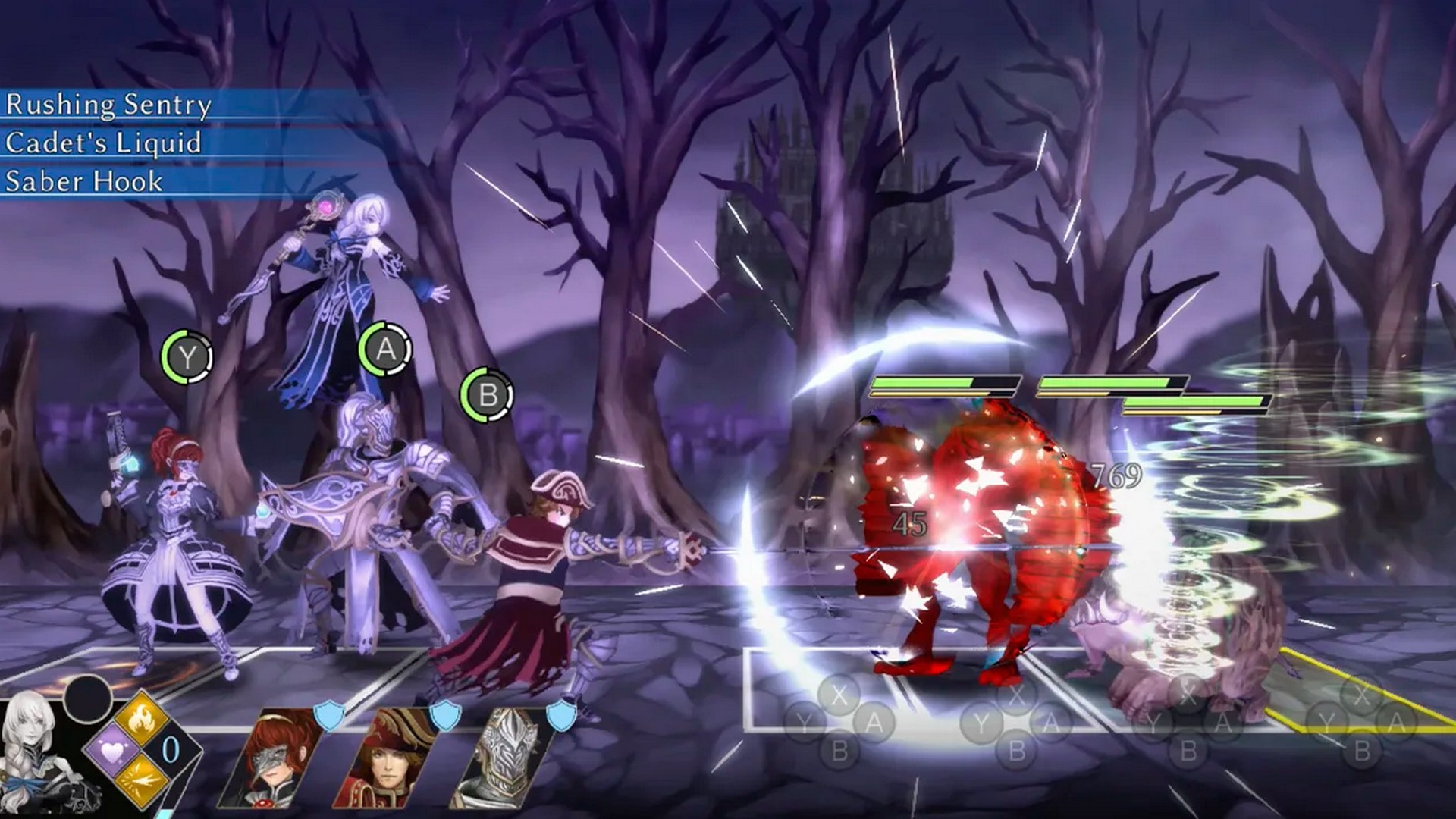 Graphically, Fallen Legion Revenants is a traditionally side scroller. The characters do have a 3D model but you can only see it side on when they are not performing an action. The environments are well designed outside of the castle, as the regions during combat can change from eerie graveyards to dark brooding roads leading from villages. The character designs for the Exemplars and the enemies are fabulous with nice details, ranging from basic zombie-looking enemies to giant hulk-like creatures. They are a treat to look at while in combat.

The audio for this title is also a highpoint for me with the voice-overs for the characters done so well and the combat music really setting the mood. It fits with the theme of the game superbly as it reminds me of knight fights from other games like ‘The Abyss Watchers’ from DS3. From subtle grunts of a swing with a sword or cries from taken hit damage, there is no fault at all audio-wise.

Overall, Fallen Legion Revenants has a solid story that was easy to follow and keep track of with interesting main characters and side characters that don’t take over the plot. Combat is easy to learn and fun to perform however I did feel a bit un-immersed when it would pull me from combat to control Lucien to talk to a person before throwing me back into combat again.

The fabulous voice acting as mentioned above is definitely a highpoint, delivered with a great soundtrack that I loved from start till the end. 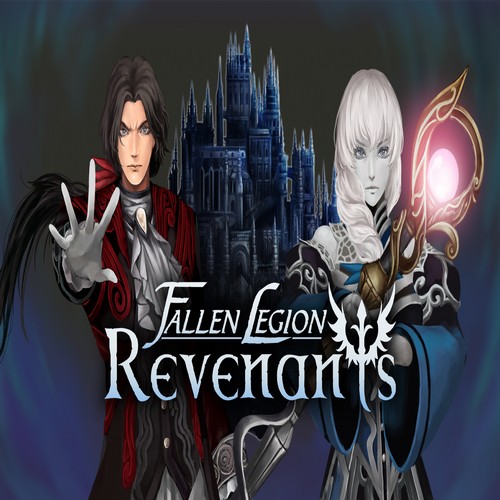 The world is covered in miasma, and the remnants of mankind have taken refuge in a floating castle ruled by a madman. Swap between the charismatic politician Lucien and the vengeful ghost Rowena, and make political maneuverings in the castle above as you fight off monsters in the wasteland below.