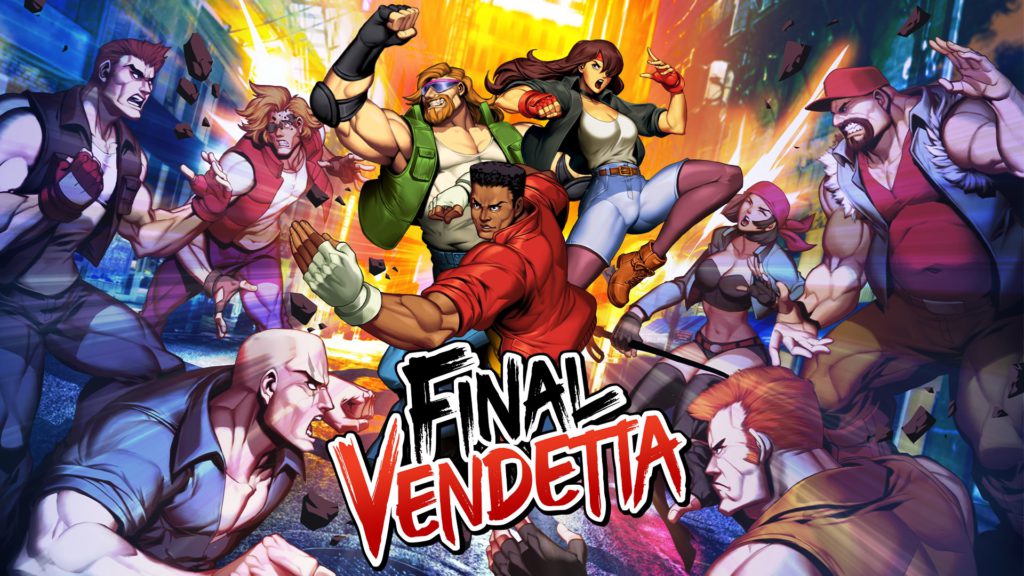 Back in the 80s and 90s, the beat ’em up genre was one of the pioneers of the arcade scene, with classics such as Double Dragon, Final Fight, and Streets of Rage just to name a few. They brought something unique to the arcades where instead of people playing solo or against each other, they could team up and battle waves of enemies together. As hard as these games could be, they were definitely a lot of fun, especially with friends, making them scrape up any loose change just to get one more game.

In the past few years, the beat ’em up genre has been experiencing a resurgence, from classic games being ported to modern consoles or even getting sequels, as well as all-new titles with the most recent being Final Vendetta, now available on all current-gen consoles.

Published by Numskull Games and developed by Bitmap Bureau, Final Vendetta aims to bring that classic beat ’em up goodness with retro-style 2D graphics and simple yet effective gameplay mechanics. Players will take control of one of three heroes; the street brawling Duke Sancho, martial artist Claire Sparks, and retired Canadian pro wrestler Miller T. Williams, as they battle their way through the mean streets of London. 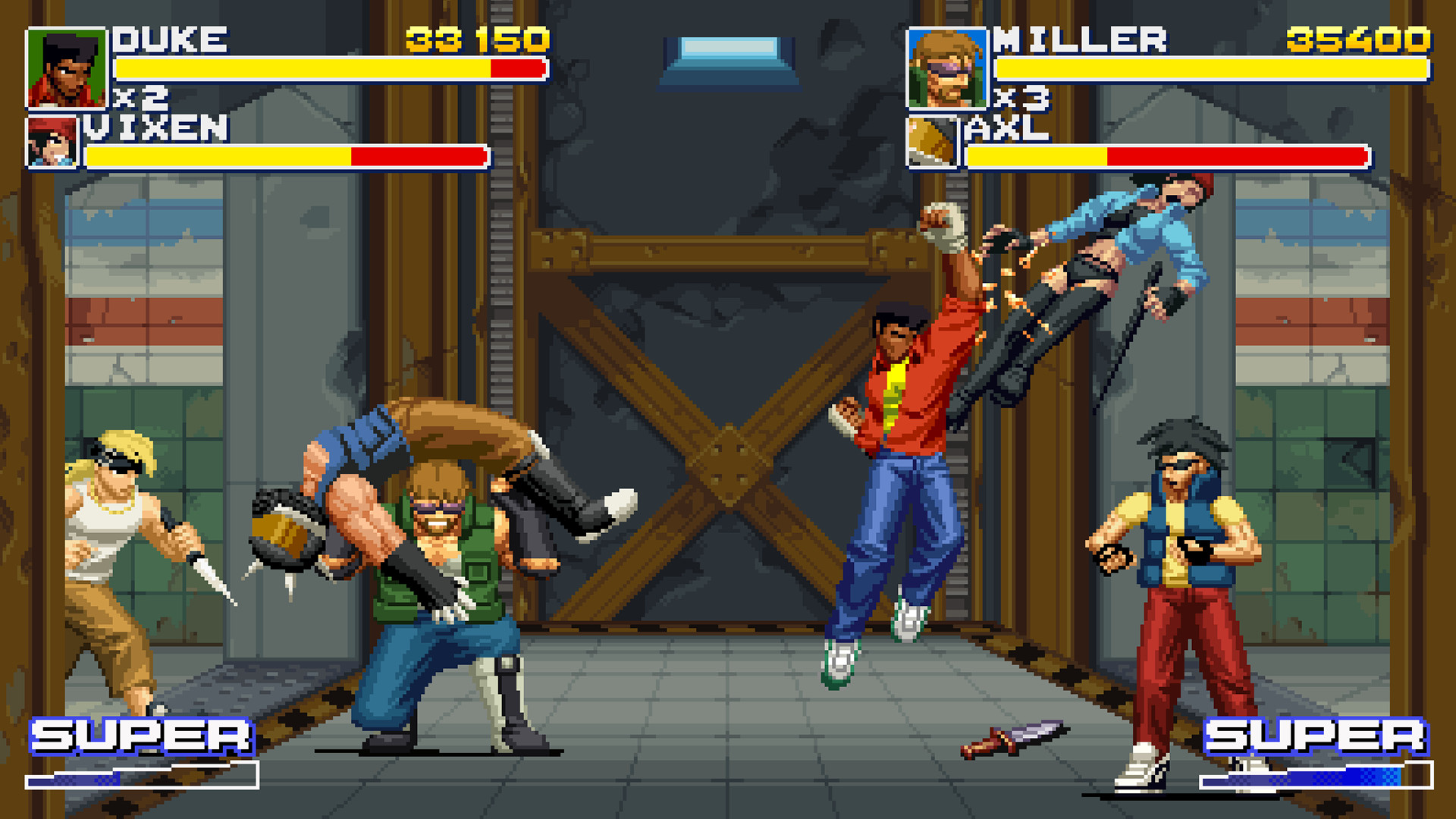 The powerful gang known as “Syndic8” are taking over the city, even kidnapping Claire’s younger sister. Claire quickly rounds up her two close friends, Duke and Miller, and they must work together to take down anyone who stands in their way and rescue her sister.

Fans of beat ’em up games will immediately feel right at home from the moment they throw their first punch. Each character has their own unique move sets that relate to their fighting styles. Duke is the all-rounder that loves to smash his taped-up fists into faces, Claire is the fastest and most agile, favouring her variety of kicks, and Miller is the muscle of the team, suplexing his opponents into the concrete.

Even with only four buttons to attack, jump and guard, there’s actually a wide variety of moves and combos for players to experiment with and mix up to score some devastating combos. Playing co-op with a friend to double team opponents will create even more possibilities for big combos. Enemies will come in a variety of shapes and sizes, with different move sets that will keep players on their toes. Collectibles, weapons, and food to replenish health can be found by breaking boxes, barrels, telephone booths, and more. 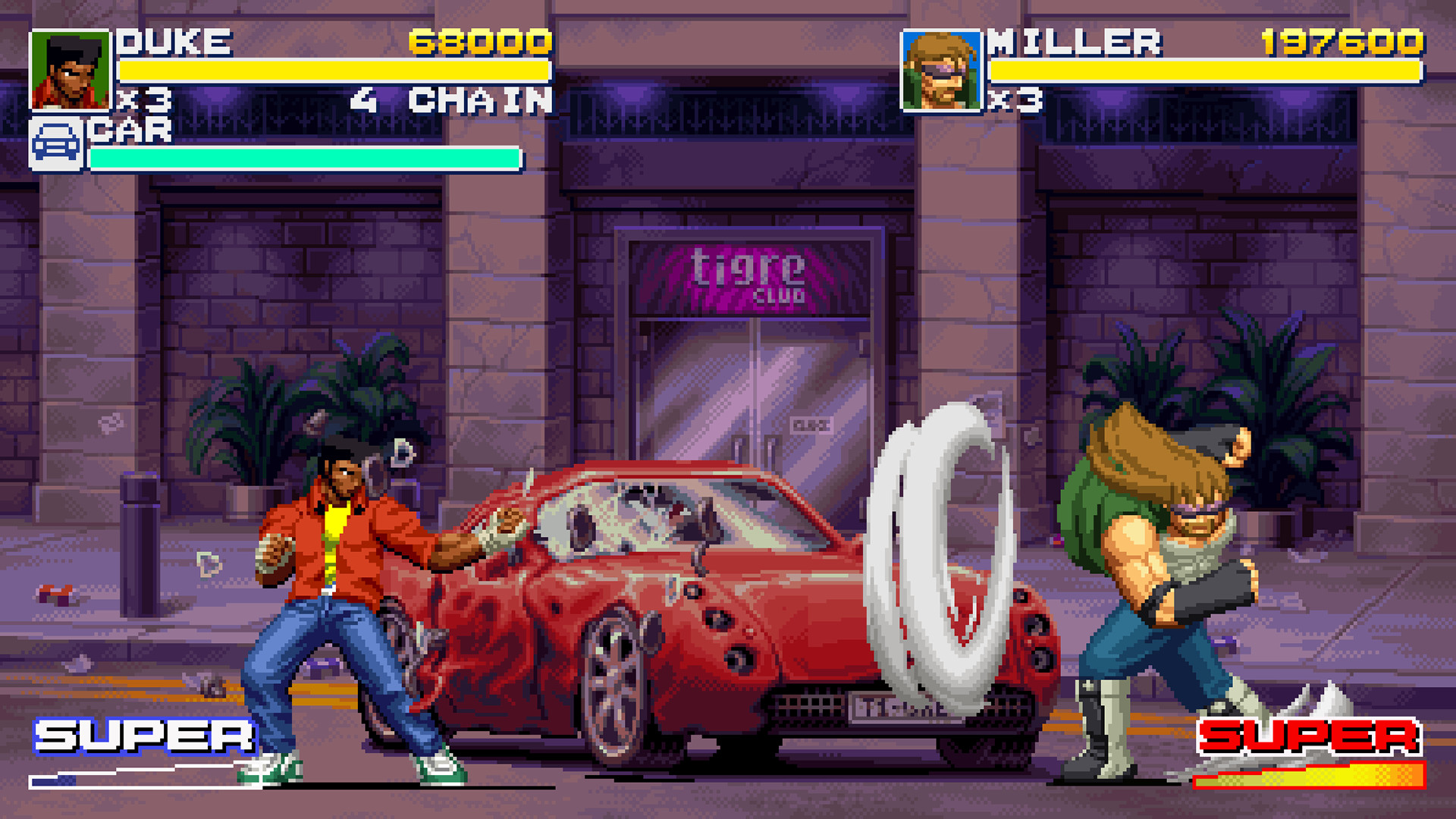 Enemies will become tougher as players progress the game, and bosses will challenge them at the end of each stage. The bosses each fight differently from one another, from the bar-brawling Big Frank, the explosive-loving Diesel, the capoeira twin sisters Luiza and Luana, plus more, all leading to the final boss, Osric, who will really put players through their paces.

Three difficulty settings are available with the third being unlocked by completing the game, offering more replay value. Completion also unlocks a Practice Mode to freely master your moves. With only a limited number of lives depending on the difficulty level set, players are encouraged to build their skills, which is a bit ironic since as mentioned, Practice Mode can only be unlocked by completing the game. While players can of course learn on the go, it still defeats the purpose of having a Practice Mode for those wanting to take their time to learn. It’s since been announced a casual difficulty with unlimited lives will soon be included via a patch update.

The 2D pixelated graphics and smooth animation pay a nice homage to the games that helped define the genre. Adding to the retro style, are the character and stage designs.

The fashion choices of everyone plus the stages ranging from the streets, a pub, subway train, nightclub, and more, really give off that 90s vibe. One stage, in particular, has real posters from classic action movies. Even though they’re a bit obscured due to the graphics, some can be made out like Bruce Lee’s ‘Fists of Fury’ and Jean Claude Van Damme’s ‘Bloodsport’ among others, giving a really nice Easter Egg. It’s worth mentioning one of the artists, Konstantin Karpeniuk, has been working hard with the UK-based developer from his home in Ukraine, despite the current circumstances there. 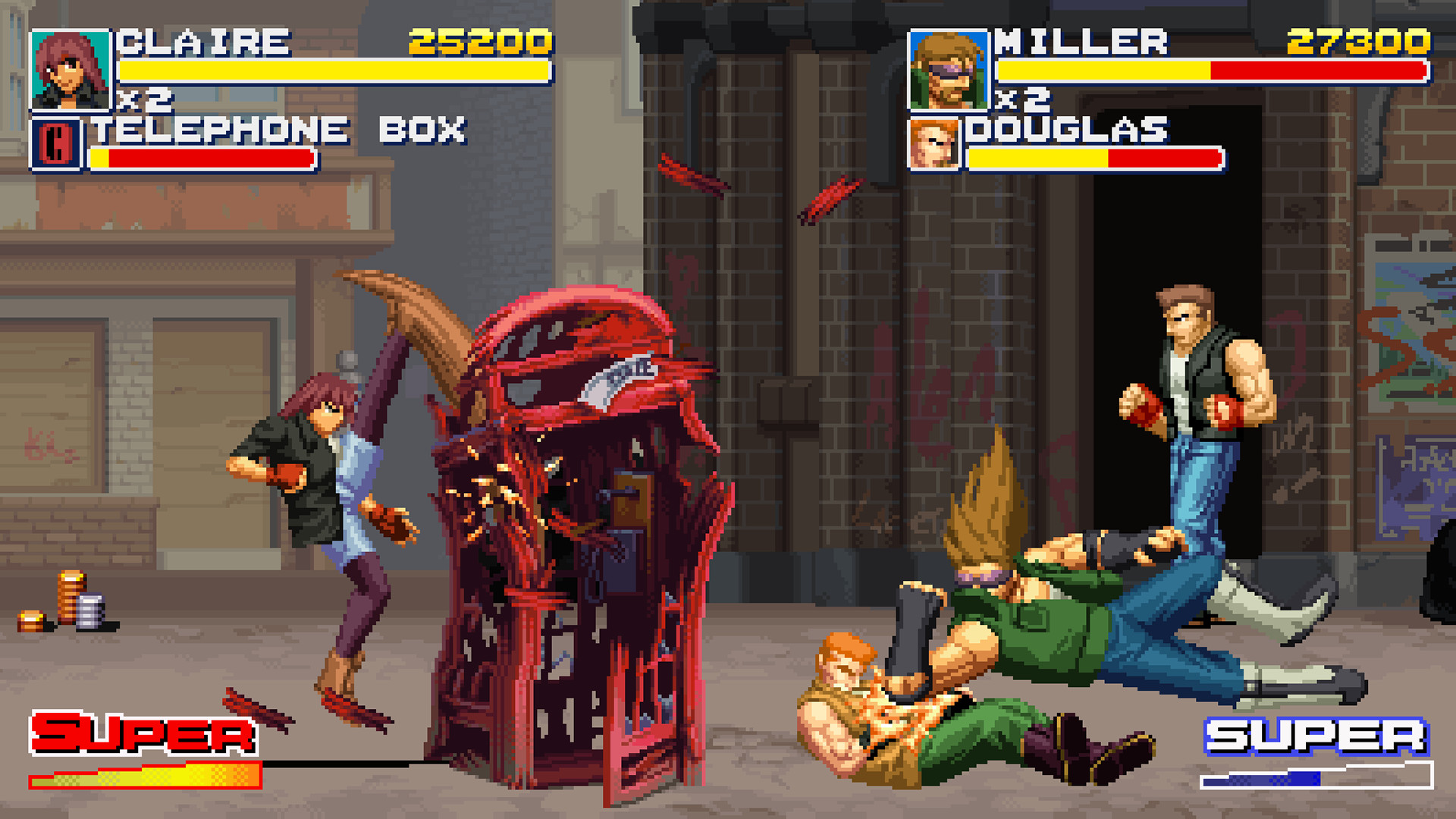 The soundtrack has a very nice nightclub feel to it that really compliments the game’s style. It even has exclusive tracks from Utah Saints, Featurecast, and Krafty Kuts, all of whom are hugely popular in the UK’s dance music scene. Not bad for an indie game!

Even with three characters to choose from, unfortunately, there is no 3 Player option which is really odd for a modern game. It would’ve been fun to see all three heroes brawling side by side. Adding to that, there’s also no online play at all. Other recent beat ’em up games have included online play, so this is a real missed opportunity for Final Vendetta. Hopefully, these features become available in a future DLC.

Final Vendetta has everything you’d expect from a classic beat ’em up game. Even with the lack of a 3 Player Mode and online play, there is still so much to enjoy. It really feels like a classic arcade game from the 80s/90s era, with plenty of excitement to keep players on their toes. Along with River City Girls, Streets of Rage 4, and Teenage Mutant Ninja Turtles: Shredder’s Revenge, Final Vendetta is making sure the beat ’em up genre is no longer a thing of the past and getting it back in the fight! 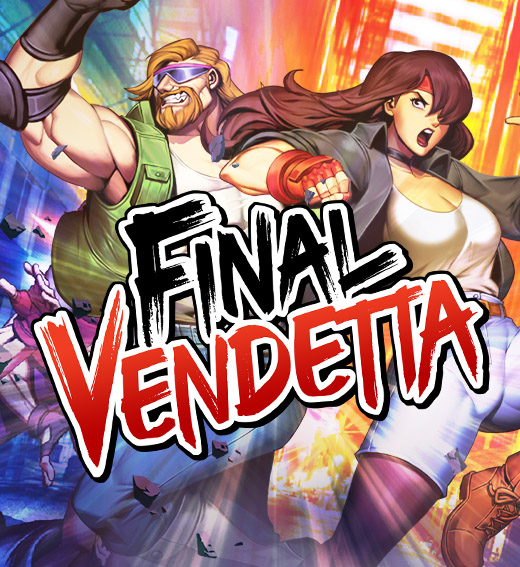 Final Vendetta is a hard-hitting action packed beat ‘em up in the vein of classic arcade titles. Featuring stunning pixel art and a thumping soundtrack with exclusive tracks from Utah Saints! Brawl with bad dudes and tough girls as you fight through dangerous environments.