At first glance, “Fledgling Heroes” developed and published by Subtle Boom, looks like a game solely for kids and honestly, from the moment you boot it up it really does give off that air, dare I say it, pungent aroma of child mobile game. Once you delve in though, while simple, it is actually an addictive good time.

Okay firstly, the plot isn’t a strong feature of this title. A loosely stitched together premise of cute and cuddly birds being harassed by a gang of magical lizards causing mischief and mayhem across multiple lands is pulling it along some sort of narrative. While not much of an exciting story, it does loosely fit around the gameplay through very short minor cutscenes with on screen dialogue that rhymes. Not for everyone, maybe for some with the whimsicalness of it all. 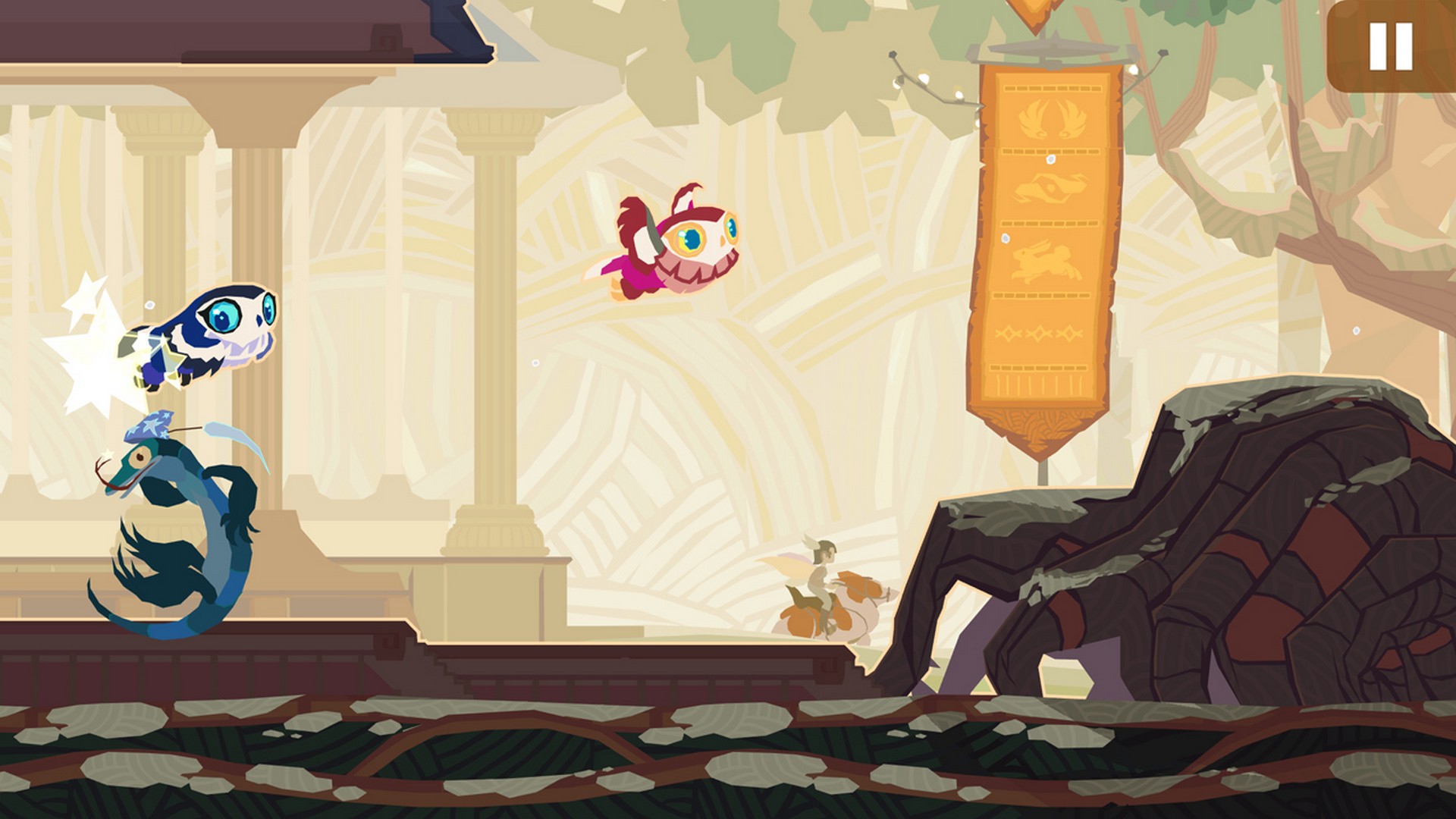 In an almost “Flappy Bird” style of mobile games long passed, you must traverse your chosen bird in a side scrolling style, through the multiple stages allocated to each level. Each level is a set environment with the most efficient birds to tackle that terrain to control. The controls are very simple, with only one button being used to flap, glide or to hop up and down on the screen. Each bird controls slightly differently with the long flaps of the macau to the quick paced flutter on the penguins wings, each one was surprisingly interesting enough to maneuver. As a whole, the game is easy to master, but the timing is what makes it imperative to stay alive, as each level is scattered with obstacles and enemies that will instantly send you back to a checkpoint if touched.

As each bird flies, swims or waddles their fluffy bums through the stages, they must collect the prestigious golden feathers to unlock doors to progress their journey. Each level has a certain number to collect too. These could be simply lying around in the stage or unlocked by simple objectives. Objectives and doors do promote replay adding to the value, as you need a certain number of gold feathers to unlock each door to a new environment and the characters it holds. There are also added bonus collectibles hidden throughout such as animals to free, hidden blueprints and colours for customisation. The game also supports 2 player co-op play, but alas with quarantine and no friends with a Switch, it was impossible for me to test. 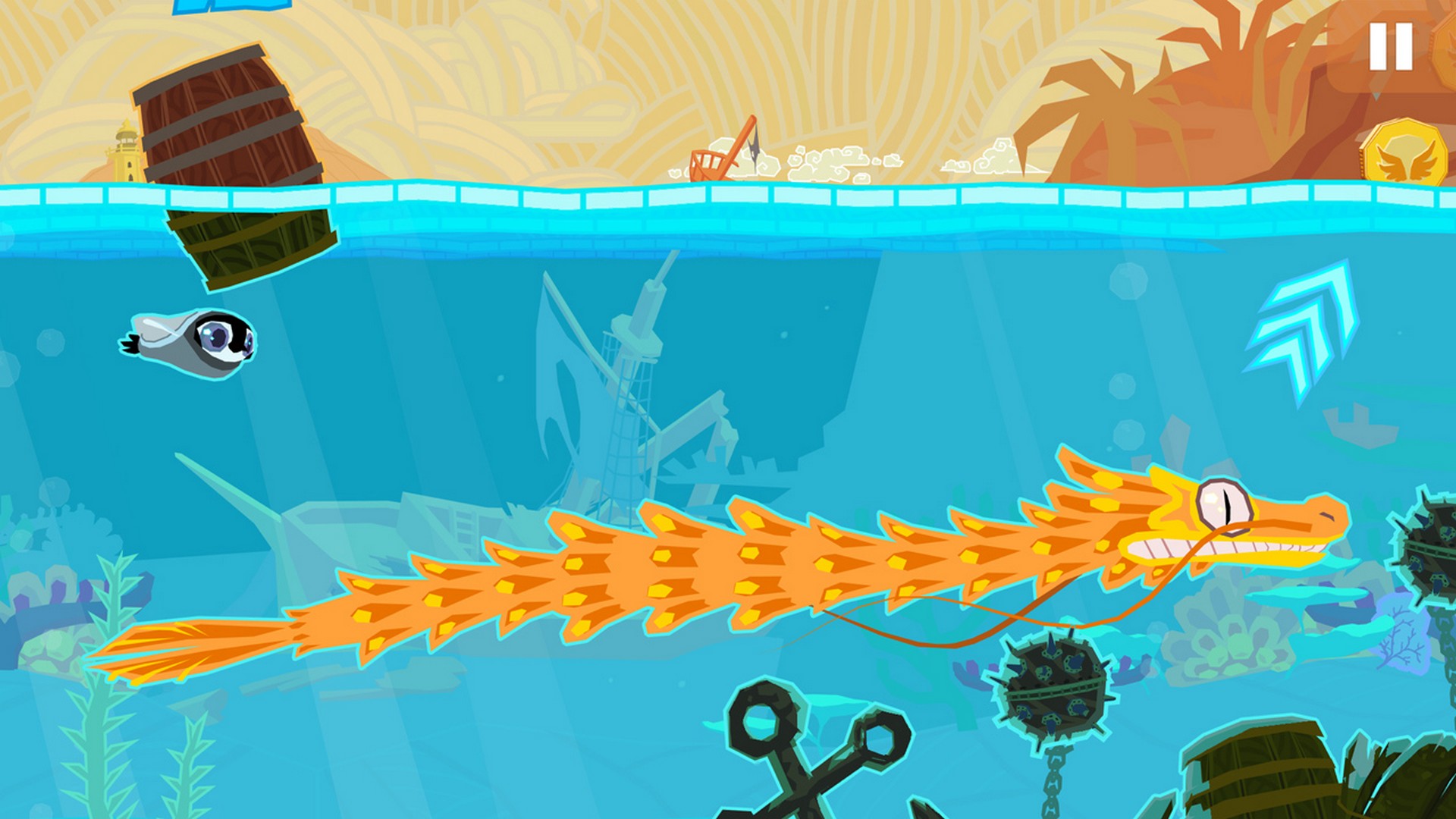 While I wasn’t too fussed about customising the colours of the birds, where the real fun to be had is in the Lab’s Level Editor. As you collect blueprints, you unlock items you can use in creating your own custom levels. This was more fun that I ever dreamed it could be, as I easily had more fun creating levels almost impossible to finish. This was probably where I fluffed around the most as you could flex your creative skills and even upload them for others to see and even laugh at the ridiculousness of what you picasso-ed in front of you.

The graphics are very basic animations, with bright and bold, colour blocked artwork. While not very detailed, each character still has their own charming style and flare about them. The music is also very hit and miss with some tunes being calm and melodic with others are just downright annoying and repetitive when working on levels or sitting in the menu customising something.

Overall I didn’t think a cutesy game like this would have me cursing under my breath so much but always coming back for more. While simple at first, it really becomes a game of timing, definitely not completely a game for kids, as this reviewer found out. Fledgling Heroes will be one game that chews up a chuck of your time and you will definitely spit the feathers out after, quite satisfied you did. 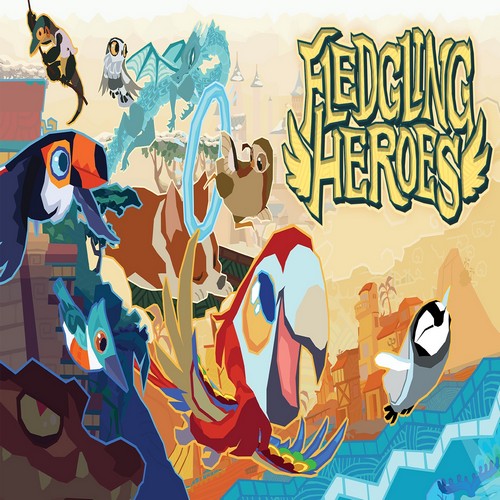 Leap from the nest into a fun-filled adventure! Meet cute feathered friends, each with their own wondrous story to tell, as they dodge dastardly pirate lizARRrds, dash through frozen forests, dive under sunken temples, and flap their way from fledglings to a fully-fledged heroes!