Developed by illuCalab and published by Phoenixx Inc GENSOU SkyDrift is an anime-style 3D racing game. Now I am going to need you to keep an open mind even if you are a weeb, this is a decent game. When I first looked at this game I was not expecting much even as a weeb myself. The premise itself is not the problem, I mean I have watched a lot of anime with a lot of weird storylines. However, rarely have I found anime-style games besides RPG or strategy games that I have enjoyed. This game is interesting, short, but not what I was expecting.

So, the story of this game is quite simple there are a bunch of Kawaii anime girls, each with their unique gimmicks. As in one is a shrine maiden another is a pixie and so on. You start with a single pair of girls investigating the appearance of a racetrack in the village. Once you race on the track you move onto the next track that magically appears in another area. As you go along you run into other girls that join your investigation and become your playable characters and opponents. Until you reach the final stage and discover who is behind the mysterious racetracks. Pro-tip; once you complete the campaign, replay it for a second campaign that adds to the story and unlocks more tracks. 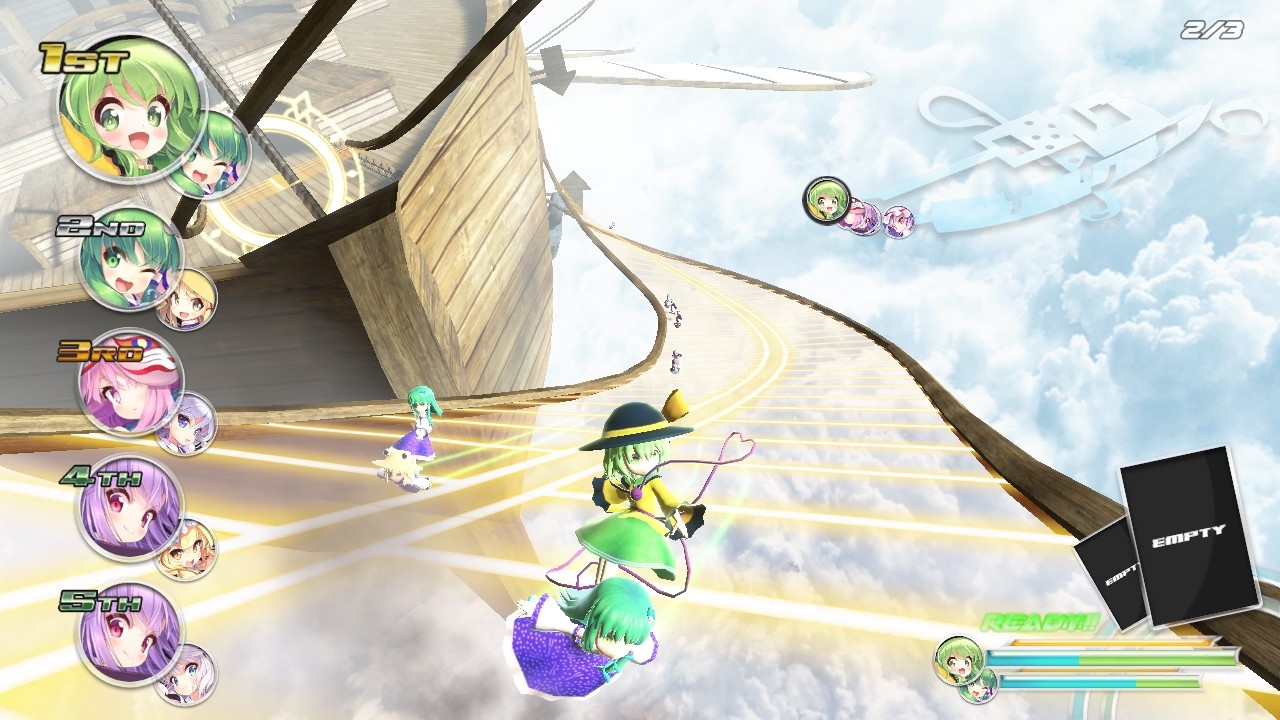 Now, we come to the weirdest part of this game, now I know what you are thinking all the girls are unique and will have unique modes of transportation. Well, you are half right, it is unique alright, instead of karts or brooms, your vehicle of choice is one of the other characters. You heard correct, you surf on the other girls, there is a reason I left it out of the story part of the review to mention it here. With the emergence of these tracks, everyone’s magic powers have weakened causing you to save energy by riding each other. However, it also ties heavily into the mechanics of the game.

The controls are remarkably simple circle or square to accelerate; I prefer square as it makes drifting easy which you use X to accomplish. Triangle lets you look behind you, L1 switches between your two characters as all the characters have different stats some are faster some gather magic faster, etc. Once you collect enough magic energy, you can press R1 to have your spell dial spin to gain an ability to use. If you collect two gauges worth of magic, you can use special abilities or your character-specific ability. Use these abilities to hinder, slow, or take out your competition, or give yourself a boost of speed. 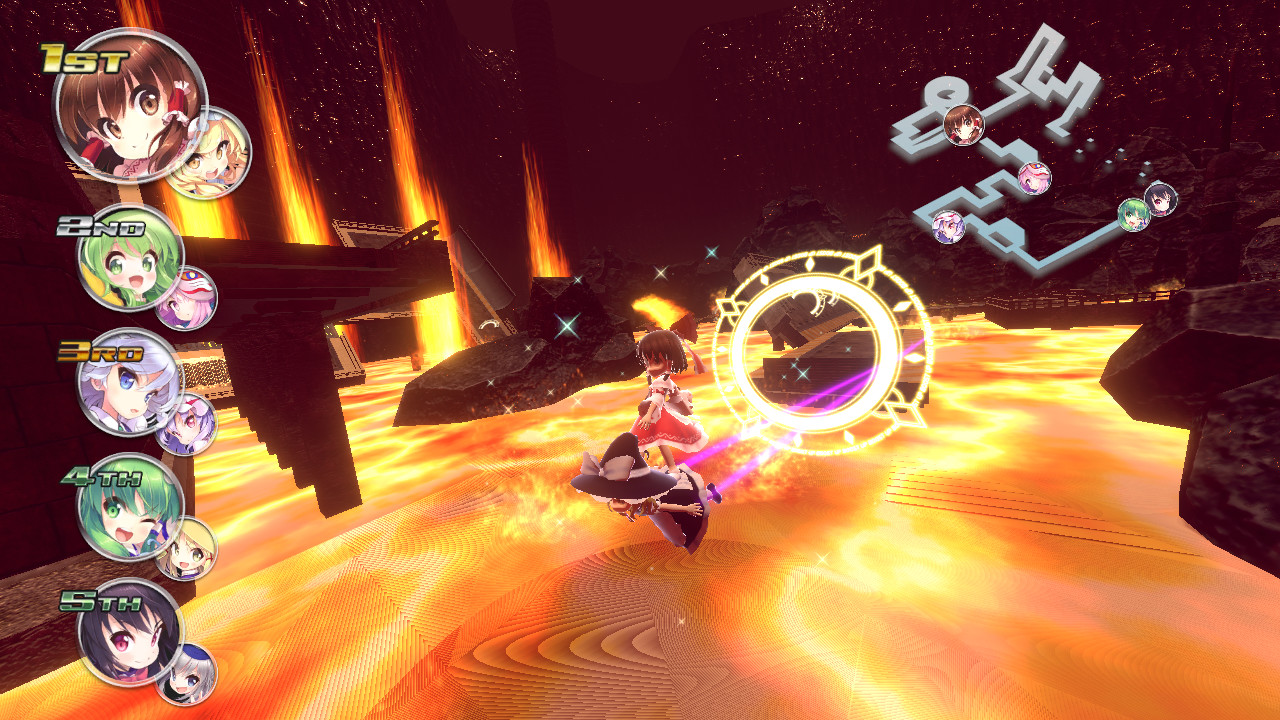 GENSOU Sky does give off Mario Kart and Sonic Riders vibes but I believe it holds its own and has the uniqueness to make it standout. Its music is J-Pop-inspired with a dash of EDM thrown in there in a very Japanese fashion that I am all for. The obvious art style is anime and extremely colourful, this does make some of the tracks ridiculously hard to navigate especially as half of the tracks are of rainbow road level of difficulty or harder. Each track has shortcuts alternate routes, this does cause a lot of chaos but once you get used to it, it becomes much easier to navigate.

Not going to lie I enjoyed this game, my weeb side more so. I, unfortunately, did not get to try online multiplayer. Either there were no lobbies or maybe no one was on when I was, but I was unable to find a game. It is a shame because I think this, in multiplayer, would be sick and give it a new level of difficulty. Honestly, I think I enjoyed this more than Mario Kart. It was a lot of fun and I hope it gets a larger player base as I am more than excited to try out the multiplayer. 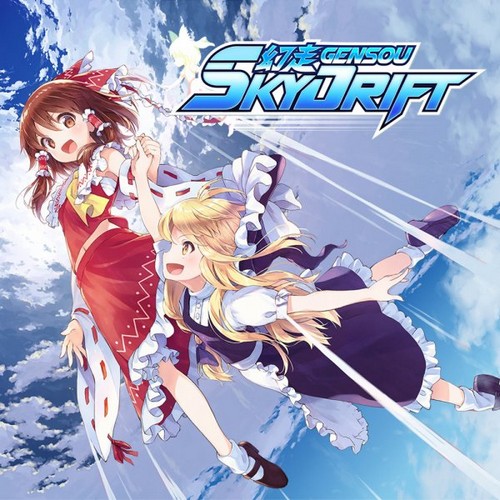 Finally, a Touhou Project racing game! Race down courses set in the magical land of Gensokyo! Use the tag system to swap rider and board! Lots of spell cards and Last Words!