Redstart Interactive brings us a small grappling bot named Chip who works at a factory that manufactures battery bots. One day things go awry and there’s a malfunction on the manufacturing line, an Observer bot gets caught by a stray gear, turns rogue and ultimately destroys the factory. This awol Observer bot then goes after Chip, and he’s out for… well, oil. Chip is plunged into the depths below the factory and must use the environment to find and save the pre-built battery bots in order to escape the abysmal depths of the assembly plant.

This cute, little indie platformer is available on PC, Mac and Linux and also supports controller use. The only downside is that the developer and publisher, Redstart, haven’t made “Get-A-Grip Chip” available on more platforms where I truly believe it would shine!

The soundtrack for Get-A-Grip Chip has a massive industrial feel featuring tunes based around rock, electronic and funk, which fits the nature of this game so much. The level of intensity the audio builds, the further you progress. On the final level of each floor you have an outrun sequence which the audio amplifies the urgency and really gets the adrenaline pumping. 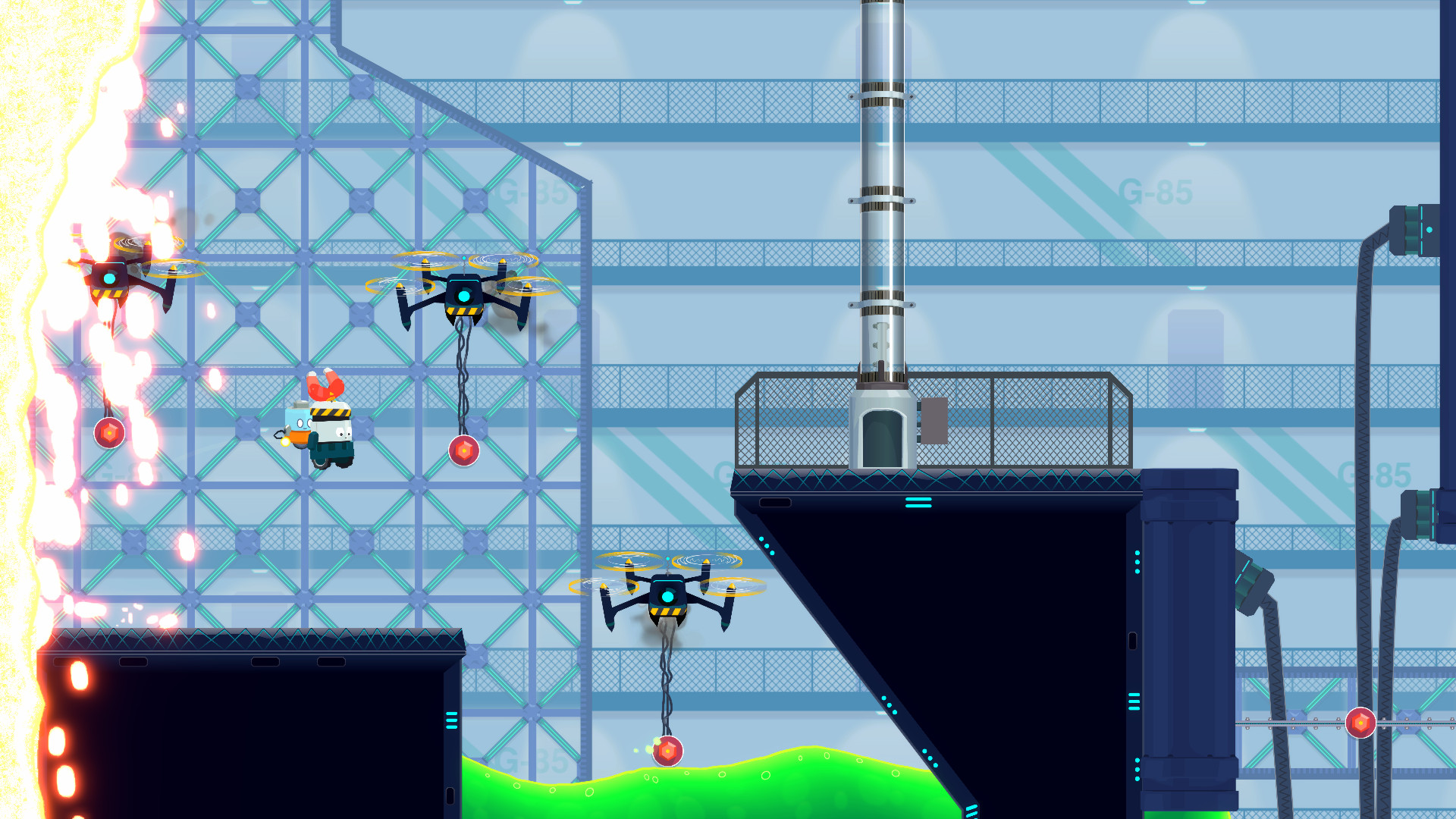 The artwork and level design are also very well executed with the various dangerous objects that progressively get harder and more strategically placed within the levels, definitely a refreshing element. The bright colours and animations of the environmental hazards made me feel like I was actually in a robot assembly factory, combining this with the audio and Chip’s little grappling hook and it just made the game the gem that it is.

This game is composed of 30 levels spread across 5 floors with a scaling difficulty as you rise higher through the depths of the torn down factory. Chip is a peaceful robot who is gravity challenged, I mean, he’s a bot on tracks. What more do you expect? Chip can move left and right but cannot jump nor attack, very passive really. 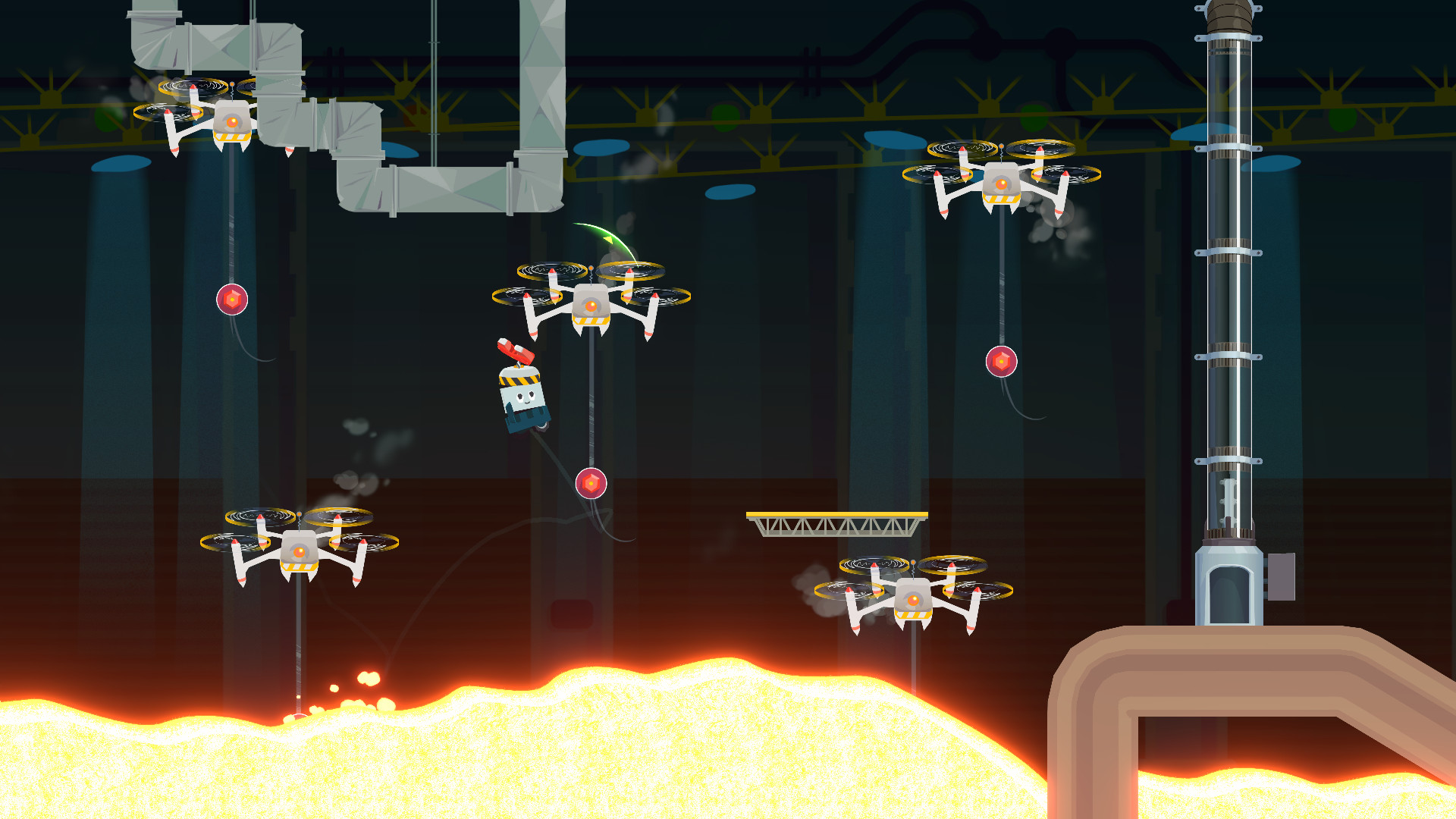 To navigate each level of the factory, Chip must use his grappling hook and various anchor points throughout each level. Carefully hidden across each level are 8 battery bots which you require to collect to unlock further levels and progress, but not every battery bot is required to be found to complete the game.

Although limited to just the main game, you do compete against other dimensional Chip controllers for bragging rights on the leaderboards. While playing through ‘Get-A-Grip Chip’ I had massive nostalgic feels of other games like ‘Battleblock Theatre’ and ‘Super Meat Boy’ and while that is a good thing it does lack the modern upgrades of customisation and other features to build that well rounded feel of a 2020 game.

If you were on the fence about picking up this hidden gem of an indie platformer “Get-A-Grip Chip” and pick it up. 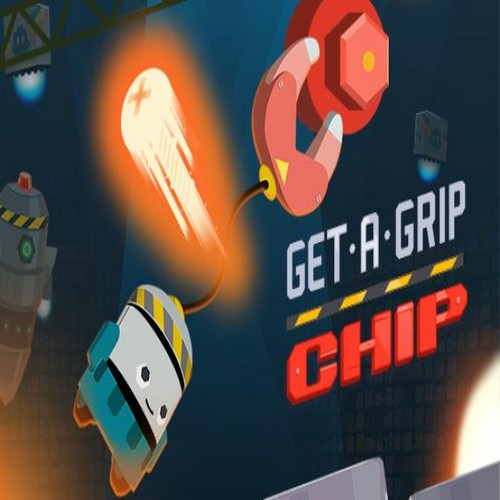 Gear up for grappling action with Get-A-Grip Chip! Help Chip save the lost Battery Bots on a perilous journey through the treacherous depths of a robot assembly factory, dodge deadly obstacles, and race for the top spot on the leaderboards.