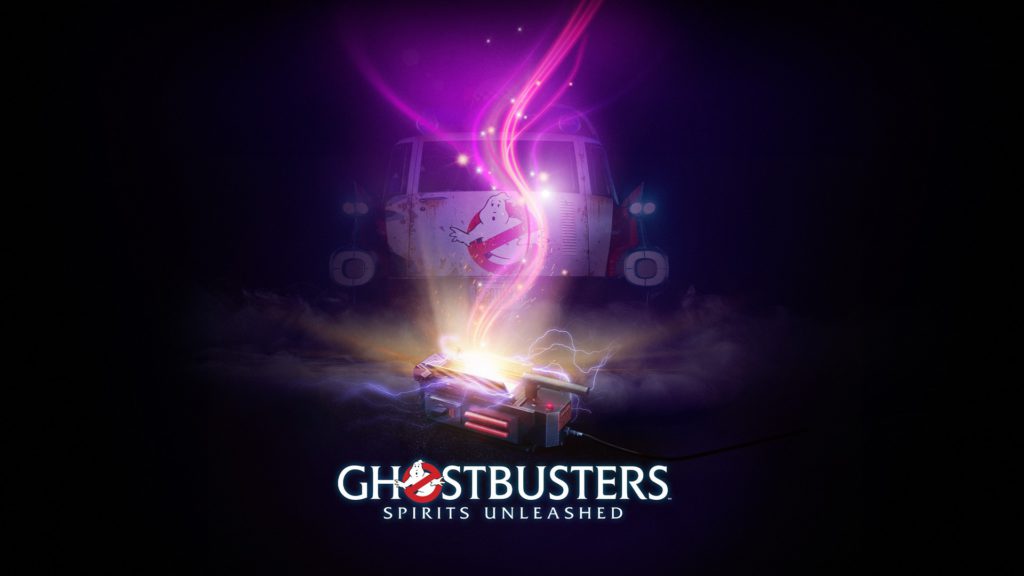 Created by IllFonic Inc, Ghostbusters: Spirits Unleashed is a new multiplayer game fun for all skill gaps, offering offline play against bots to hone your busting skills, and master haunting locations as the ghost yourself. It can be played in co-op with a team of four as you turn on the proton packs and do what Ghostbusters do best. Either face off against a fifth player as the ghost or take on the skilled AI system. You will find a decent challenge any way you go.

Ghostbusters: Spirits Unleashed features all the trademark tools and gadgets from the movies, including the proton packs, the PKE meter, and we can’t forget the classic ghost traps, along with some new gadgets to help the busters, which include a zipline repel to get upstairs faster, or a gas bomb that slows ghosts that pass through it.

The main hub for the game takes place within the classic fire station with Ray’s store next door. In the hub, you can upgrade your gear which will change certain benefits like tethering control for the proton thrower, cooldown for overheating the pack, ghost detection distance with the P.K.E meter, and the trap height and battery usage on the ghost traps.

You can upgrade the gadgets each time you are out on a mission, so the gear will level up as you use it, and you can change the outfits, but this does not add any benefits. The different ghosts you can play as have different skills, and the further you unlock its skill tree, the stronger they will become. 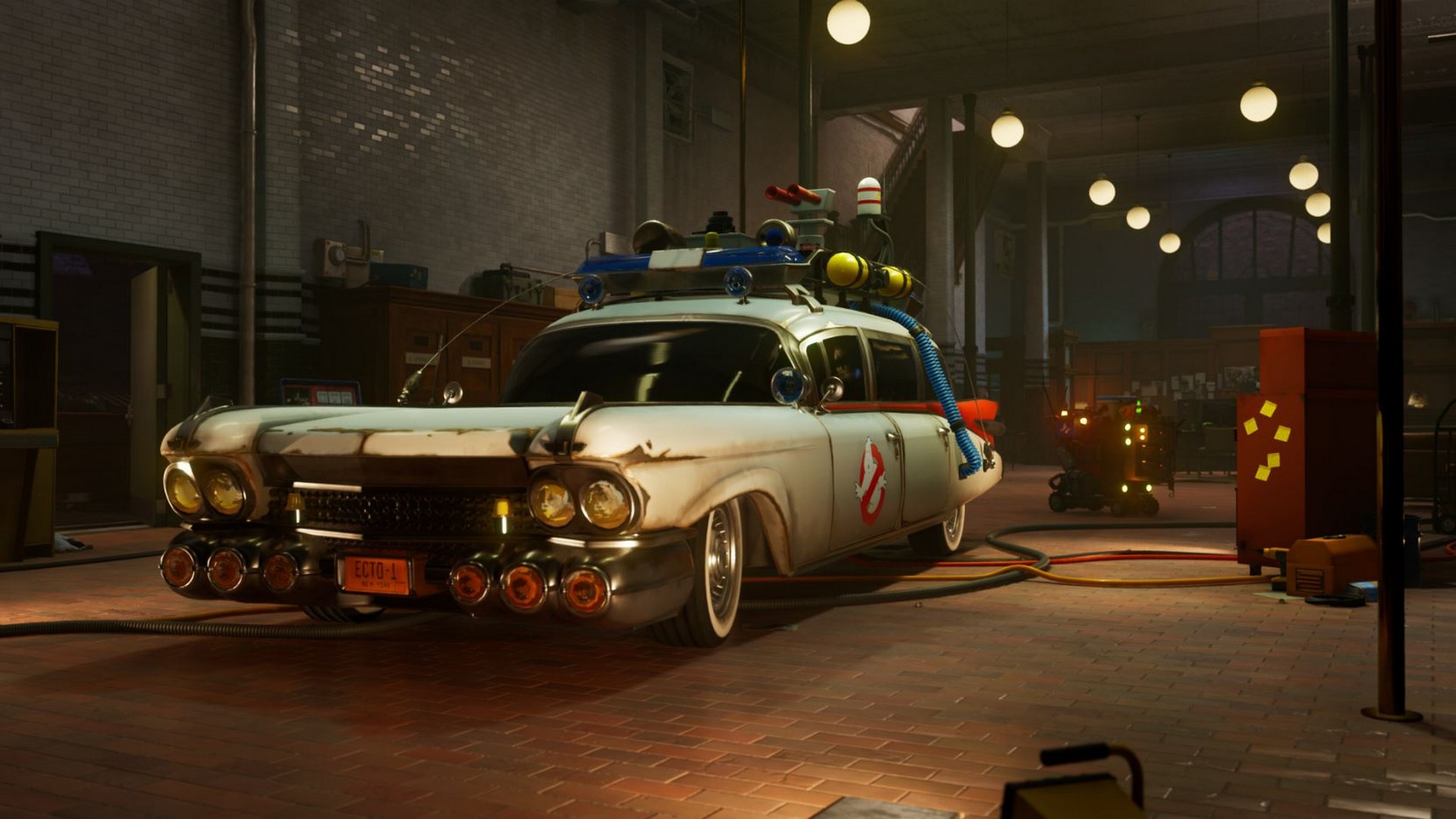 Anyone who has seen the original Ghostbusters movies will notice two familiar faces, Ray Stantz and Winston Zeddemore, and yes, they are voiced by the original actors. Along with new friends in the station, the hub will contain the story arc, and you can assist the characters with their research. The fire station is also home to the lobby where you can invite friends to play, and while here, you can check out each other’s gear before jumping into a hunt. If players have their Epic Accounts linked, you’ll be able to play with friends from other systems using the Crossplay feature.

While playing as a Ghostbuster, you’ll play in the standard first-person shooter format, but when you’re playing as the Ghost, it’s played from the third-person perspective. While trying to capture the ghost, players will need to work together to keep it tethered and throw down the trap, so preplanning is essential as you can’t place the trap while you have the ghost being held. While playing as the ghost, your objective is to haunt the location and scare as many citizens as possible, all while avoiding being caught. The ghost can use skills to possess or haunt items, and this will cause them to move around and acts as a decoy.

You’ll also have three chances to complete your mission after being caught. Ghost Rifts are randomly hidden in cursed items around the map, and the ghost will use these to respawn after being captured, but once they’re all used, or if the Ghostbusters manage to destroy them all, you’re out of luck. If they find it first, the ghost player can pick them up and hide them in another location, trying to make it harder for the other players to destroy them. Ghosts will also need to manage their power, as attacking and haunting will drain their power bar, but this can be recharged while you are possessing an item.

The average game can last between 10-15 minutes, but there is also a range of collectibles to be found, from ghost fungus to news clippings, and these are not hard as they have a weird glow to them, and there are weekly and daily challenges to complete, such as scaring a certain number of people as the ghost, or trapping several spirits as the Ghostbuster. 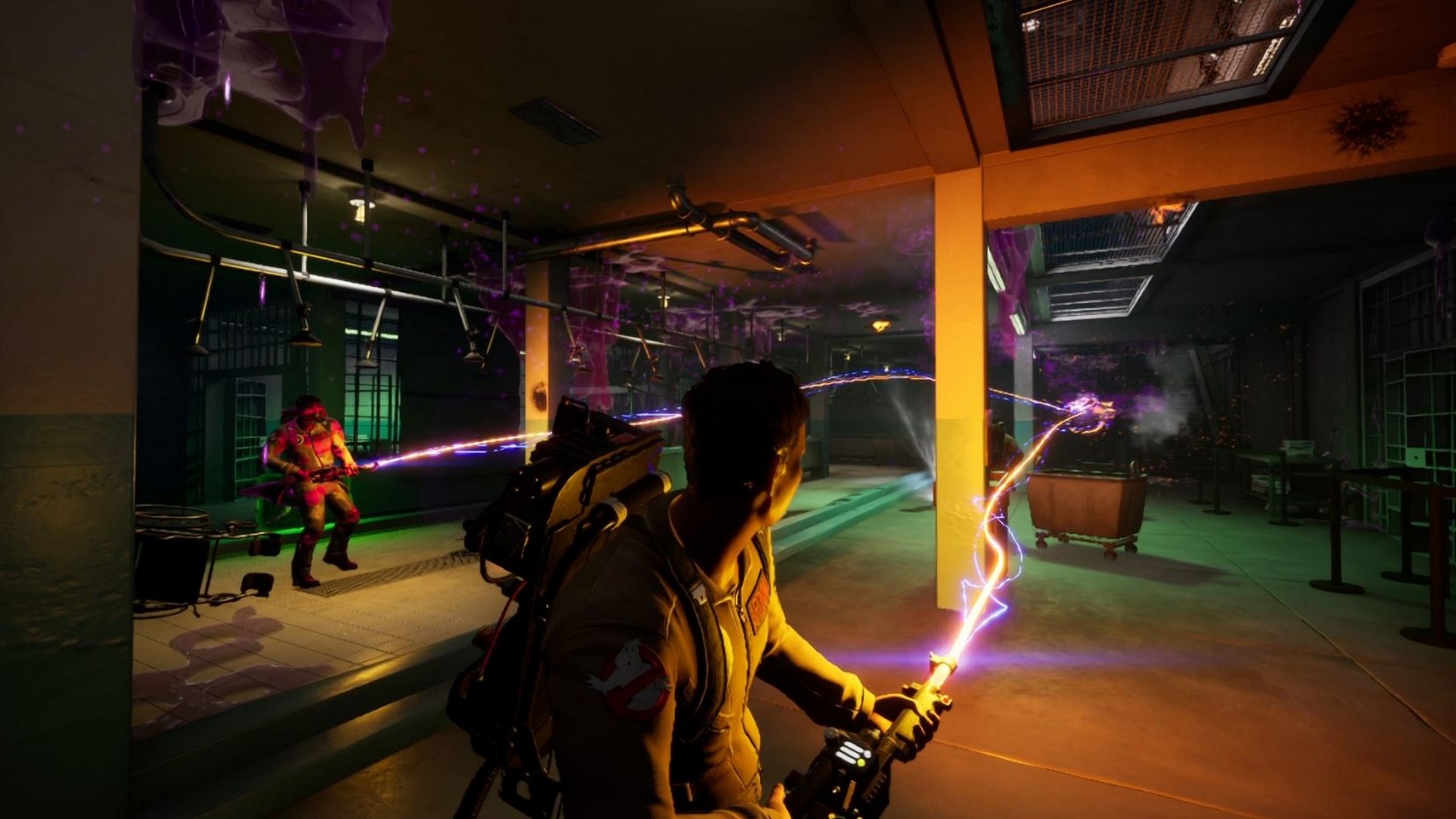 The graphics and attention to small details are done really well, from the easter eggs scattered around the fire station to the designs of all the ghosts, but I think my favourite small detail was my Gamertag being the name on my Ghostbusters outfit. Yes, it is a small detail, but it was amazing to see. The game consists of five levels to play on, each with its own lighting and theme, from a prison to a cruise ship, there are some impressively haunted locations

Audio for Ghostbusters: Spirits Unleashed does feature the classic Ray Parker Jr. theme song, but there are other sounds and audio lines that reference the original films. The Ghostbusters also call out locations of the ghost, and hearing the proton pack fire up and cool down gave me so much joy, but they couldn’t really change how the gear sounded after so many years of it being a pop culture icon, and I am happy to announce that they didn’t change a thing.

Ghostbusters: Spirits Unleashed is a fun multiplayer game for long-time fans of the series and newcomers alike, so strap on your proton packs and get busting. I do hope they will add more locations, but I am loving playing both roles, and chasing after SUBZERO2K the other night as a teddy bear was hilariously fun. There were a few things I wish could’ve done in the fire station like turning on the siren for the Ecto-1, but oh well, the visual easter eggs were enough to keep my nerd side happy. 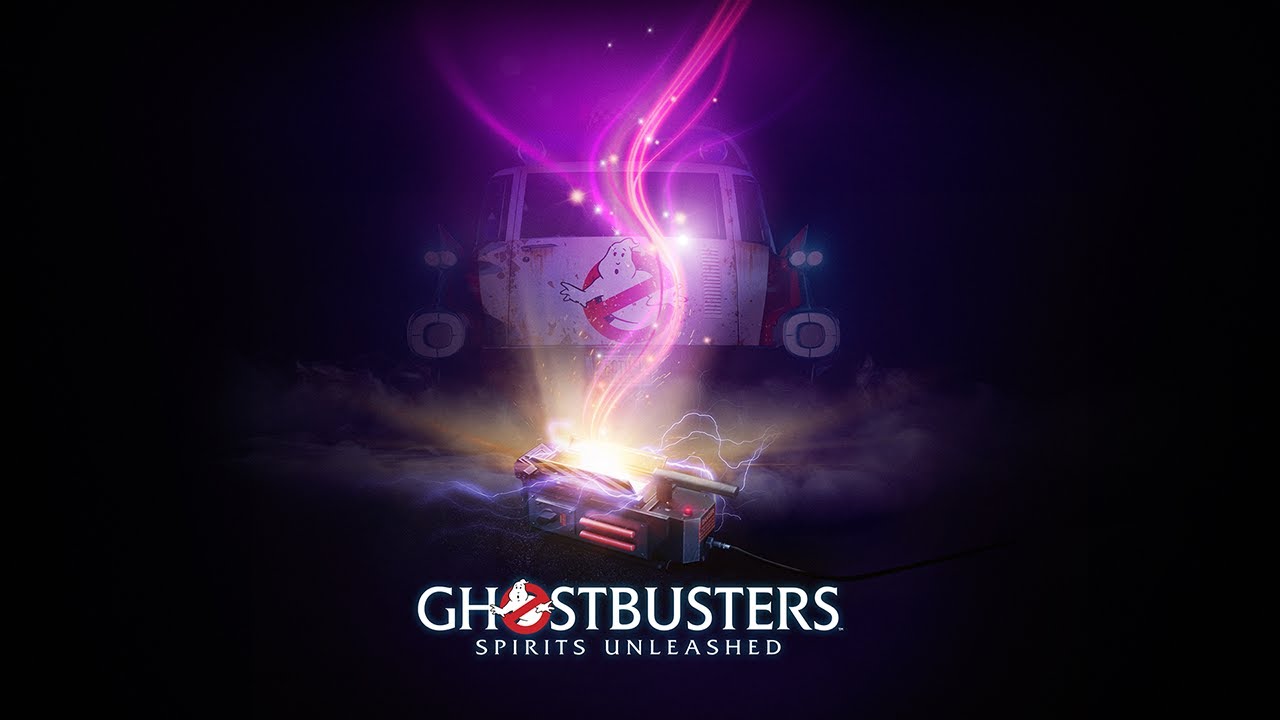 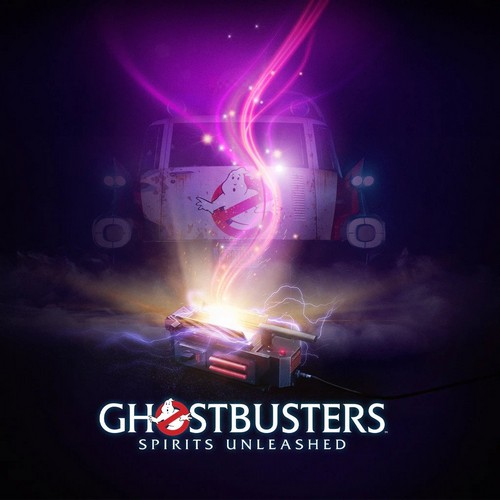 Ghostbusters: Spirits Unleashed is a fun, multiplayer game perfect for all skill levels. Four proton pack wielding Ghostbusters attempt to catch a Ghost haunting unique locations in asymmetrical multiplayer battles (online or offline). As players progress, they will unlock cosmetics and upgrades for both Ghostbusters and Ghosts to evolve their gameplay experiences.