It’s a win-some, lose-some chance with fund raising websites. Sometimes, the money doesn’t reach the required amount and a proposed product dwindles in the wind, swirling in hopes of being grounded and restarted. Other times, it pays off immensely, going way beyond what was required and smashing all required pledge levels! Thankfully, Talerock has fallen into the latter category and we’re presented with the game ‘GRIMSHADE’.

Grimshade is a top down view RPG, similar to that of the famed dungeon-based RPG series Diablo. Kicking off with a bright approach to the RPG category, this game utilises turn-based combat, an open, fantasy world environment and as a sigh of relief, no talent tree needed to evolve your character, Grimshade.

The game cinematic opens to a backstory of the world of Ree’Fah. After which we head to an underground lab, with a human-looking figure strapped inside a machine, appearing to be performing experiments on the subject. He speaks to the experiment, showing signs of promise. A power outage suddenly takes place, plunging the dungeon and experiment into total darkness. The scene fades and re-opens on a place known as ‘Inner Sanctum’. A ritual being held by multiple ‘Lambent Mother’ is underway. Eterna Winterstone, head Lambent Mother appears, joining the others. They surround a copper pipe system which eventually reveals a light, aka Lodestar, encased in a glass tube. Winterstone exclaims that the light will help to infuse their magic, allowing to better heal the locals. The power outage from earlier now takes place, with an Intruder appearing and quickly stealing the light, as the power resumes shortly after.

As the gameplay loads, you take control of a hero Alister Garuda, a great warrior who defends the city. Shortly after, a cutscene introduces the finding of a mysteriously abandoned child called Kiba. You are placed in the in-game tutorial, as it begins to teach you the ropes and the tale of Grimshade.

The fighting in Grimshade is tactical, turn-based combat. Taking influence from the Heroes of Might and Magic series, movement is placed on a grid-based outlay 3 rows, 3 grids across, 4 down.

Here’s a breakdown of what to expect during the tutorial:

1. Fighting a class of enemy known as ‘Umbrages’, which are dark, black and purple, blob-like mutations.

2. Combat skills are placed in the bottom right hand corner of the screen. Basic attacks button placed on top, spell / ranged attacked below.

3. Avoidance aka dodge attacks are done automatically via ‘Avoidance Tokens’, which differ for each hero / enemy. After using all tokens, characters will be subjectable to damage. To restore tokens, player can wait a turn during battle or wait until the next round takes place, restoring tokens to both the player and CPU enemy.

Talerock artists should be commended thoroughly for their work on Grimshade

Grimshade provides a very easy to pick up and play style approach to their fighting and movement. Each step to the gameplay is approached with an easy to follow guide, allowing the player to adapt and continue forward, utilising their new mechanic.

Given that Grimshade is a storyline-based RPG, players are provided with NPC-based dialogue, often ending with a multiple-choice situation which, depending on the players input of choice, may or may not alternate both the story, and certain characters’ fates. For an indie game, this is a great approach to keep the game fresh and allow for great replay value.

The one thing that kind of hurts Grimshade is the occasional pickup of loot, which serves either an unknown purpose or provides no great detail on where or what to use it on or where to sell the items that you do or don’t need. The times that you are treated to a resource selling NPC, their menus are either a mix of overloaded font or provide minor detail which can either leave you with an abundance of gold or broke and item less. A lot of the controls for Grimshade is heavily relied upon by the mouse, which makes the game quick and easy to pick up. Click to move throughout the world and holding down the mouse allows the player to move at a consistent speed. Choosing attacks, spells during battle, buying and selling items and swapping and moving items during the character selection screen all rely on the mouse.

Talerock artists should be commended thoroughly for their work on Grimshade. The game features beautiful cell shading character models, similar to that made famous in Borderlands series. Backgrounds, in-game exploration maps and dungeons appear to have been hand-drawn or painted, which really sets this game apart and leads the charge artistically in the RPG category. Moving at your leisure allows you to explore this heavily crafted zones, providing a cavalcade of rewards and hidden paths.

For an indie game, the soundtrack for Grimshade could arguably give Final Fantasy a run for their money! Each track is well placed and perfectly sets the tone for the upcoming scenarios that your band of characters face. Notably, the introduction to the game doesn’t do the soundtrack the best start, as the tracks appear to be dual layered, causing a tad audio conflict which temporarily takes you out of the immersive world. The visual, audio and easy to use gameplay of Grimshade really give the game a cutting edge against any competition in the RPG field. However, it’s not enough to counter the downsides. Over the top dialogue, no map to find out where you are or where to go next and map inconsistencies which require struggling work arounds to what appears to be yet-to-be-fixed bugs really leave the game desperately striving for more.

I look forward to the future of Grimshade, a nice touch which has a strong future ahead of itself 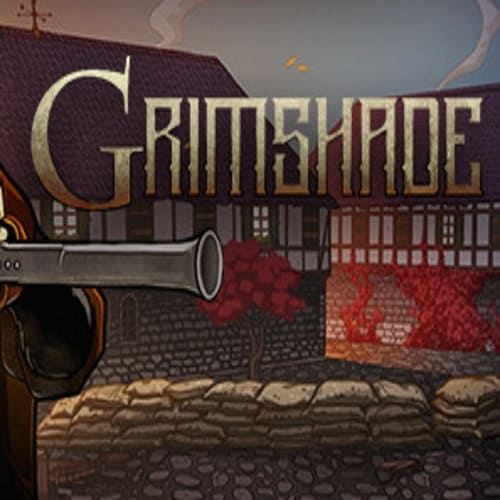 Grimshade is a party-based role-playing game inspired by JRPG of the 90s, featuring a tactical turn-based combat system and a grim story of war and personal choices.