Who doesn’t love to live above ground with the sun on their face and wind in their hair? While the dwarves of HammerHelm normally live in mountains, they are about to have that chance. As their leader, you guide them to establish their home and create prosperity. Complete quests, craft weapons and armour and be the leader your townspeople need. The bigger your town, the bigger your adventure, and don’t let those fierce enemies stand in your way!

Whilst it is currently in preview, the controller interface is currently unusable and has an agenda of its own. I tried to play with mouse and keyboard, as well as controller and found myself constantly battling with controller settings and navigating through menus. In stark contrast, mouse and keyboard movement is crisp to the touch, reacting smoothly and predictably. The town that you create really gives you a sense of pride, particularly after you’ve grinded all the resources and taken out countless enemies.

While your primary role is that of town leader, you suddenly feel more like a King, a leader who rules and defends from all enemies, working hard for your subjects to have a better, safer life. Combat, in my opinion, is the biggest place where this game lacks. The targeting system needs to be able to switch between opponents at a click of a button, especially during a combo swing. Knowing you’re about to take out an enemy with one swing, it’d be great to have the ability to switch mid combo and take out another. 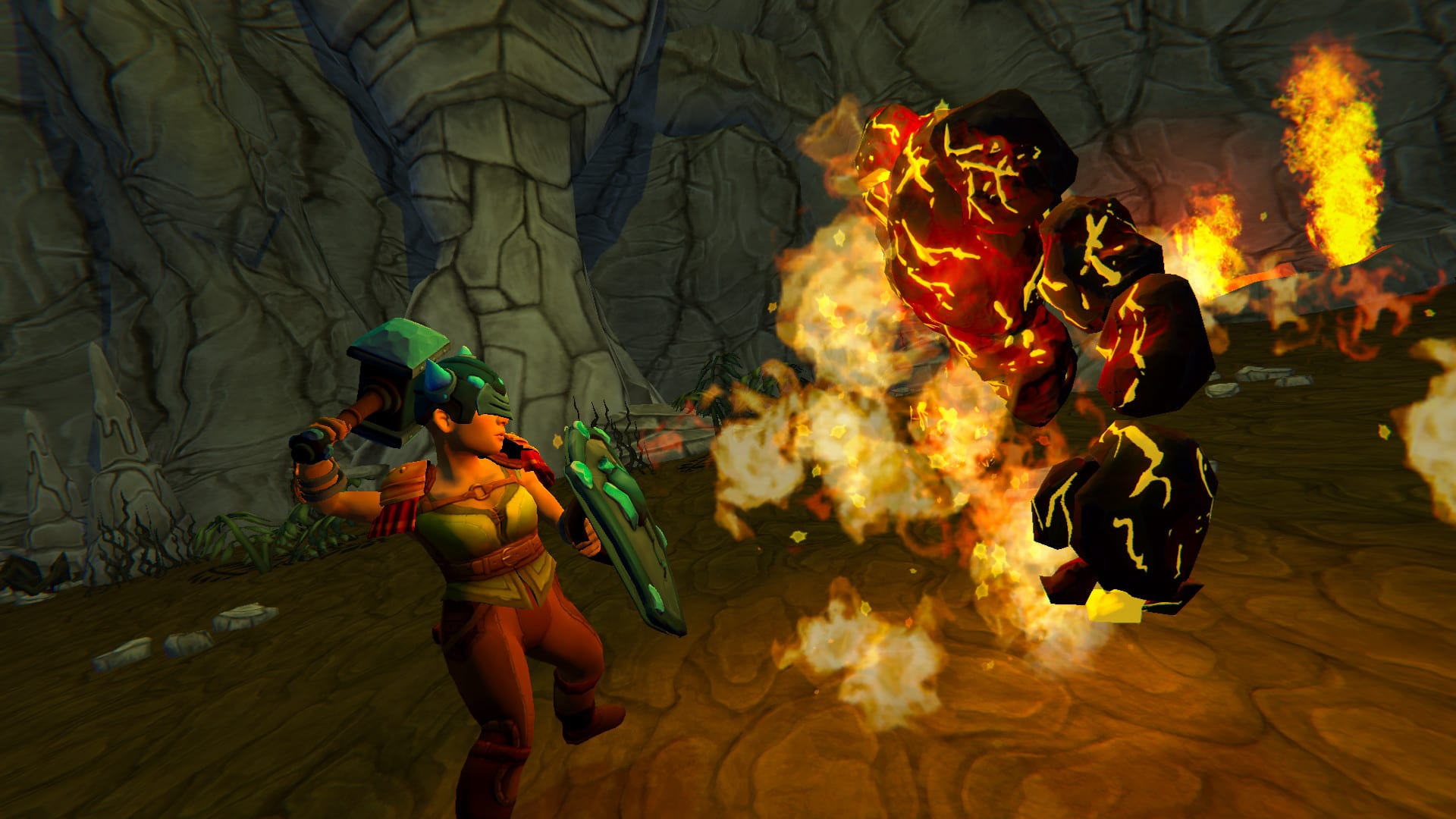 HammerHelm can seem a little childish in its appearance due to its cartoon like graphics and vibrant colours, but the sound effects are mostly spot on. When your character is running on different terrain, the sounds change accordingly, leading to a more immersive experience. Unfortunately the combat sounds were a little lack lustre, as HammerHelm currently does not seem to have any sounds for jumping or dodging. I do hope that this is something that is added as the development continues, as it does take away from the experience and has combat sounding rather plain. Musically, I can’t fault the game. As you explore the world, travelling village to village, soothing folk music plays softly in the background, leaving you feeling like you’re right there with the dwarves, but once you enter combat, the music changes, ramping this up and giving you the drive to defeat your opponents.

Unfortunately, HammerHelm doesn’t feature a multiplayer mode. Or at least not yet. I feel like this is possibly a missed opportunity, as it would be fun to show off your town building skills, or take ideas off of each other. It could also be a good way to have players work together, with different worlds being richer in certain resources, opening the path for trade routes and alliances. Alternatively, it could also pave the way for limited PVP, with players fighting over resources, but perhaps not being able to go in and destroy an enemy village.

In its current state, HammerHelm is a lot of fun, but it can be mind numbing at the same time. There are intense battles that requires all of your focus, but there are also occasions where you will find yourself zoning out as you gather resources. Even without a multiplayer mode and a number of in development bugs, HammerHelm is still a game that I’d suggest looking into. 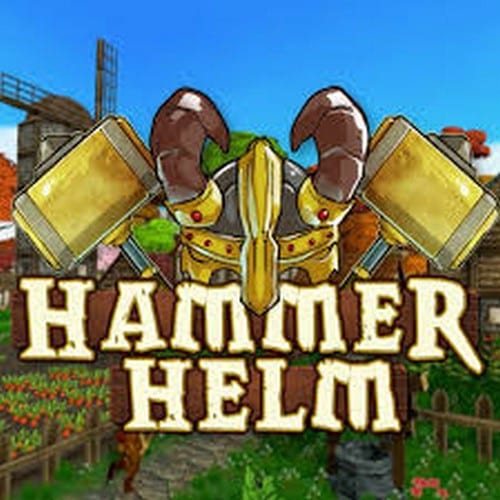 HammerHelm is a unique blend of third-person adventuring and town building gameplay. Create your character, build your town, complete quests, craft weapons and armor, defeat dangerous enemies, and help your townspeople thrive. The bigger your town, the bigger your adventure!