By StacefaceMayhem on December 21, 2018 on Reviews, 4 More
close [x]
Tweet
No Comments

Katamari Damacy is in no way a new game. Hitting the shelves back in 2004, this cute, third person, puzzle game quickly grew in popularity and established a cult following straight out the gate. Now, while this statement seems quite contradictory, this game is a bit of a modern classic now, if people don’t know its name, they know its very simple direction; collect all the stuff. Knowing its success then of course the next step for Namco is to rerelease it again in 2018, in HD, on the Nintendo Switch, under the name “Katamari Damacy Reroll”.

Katamari Damacy Reroll returns with all the bells and whistles as a beautiful remaster. Now when I say remaster, this hasn’t added anything new or spectacular per se, and it seems purely an aesthetical upgrade. The story still follows you, the prince to the King of the All Cosmos, and your father who has stupidly destroyed all the stars in the constellations. You are then tasked with the bizarre adventure of rolling up objects in different environments till the ball grows so large it can turn into a star and return to its place in galaxies of the universe. It really is that simple.

I actually think the Switch was absolutely made for this type of game. You use predominately the two analogue sticks to move an excessively sticky ball around a place, rolling over different items to increase the diameter of the ball. As you watch it grow you can run over bigger and bigger items, working your way up from a thumb tac to even a skyscraper, all before the timer runs out. The controls on the Switch are very fluid in that sense, you can play any way you are confortable, whether it be in handheld, with the joy cons detached or with the pro controller on the T.V., there was no issue rolling that sucker around. It also still has two player, local co-op still, so take those joy cons off and share the fun around.

As I said before, this is mainly a visual upgrade, with a few different items added in to be collected and a major overhaul of the graphics from the PS2 days of the original. The high definition of the cutscenes is the most noticeable addition, but in general the whole game play is crisp and beautifully sharper. The game was already a bright, overwhelming ball of organised chaos, pre 2018, but with it now being remastered you can appreciate more the details and work that had gone into it. Even playing it docked on the big screen was an enjoyable time, with the 60 frames, only very slightly dipping as the ball you were building took up most the screen, this was barely noticeable though.

Overall, if this is a game you have played before you will most likely not find much merit it playing it again, however if you have never played Katamari before then ‘Katamari Damacy Reroll ‘, on Nintendo Switch is where you should start. The controls are simple and it looks fresh and new with its shiny, HD polish. With co-op available you and your family can be bopping around the room, to its quirky music and addictive gameplay for hours on end. This is one interesting game, that is hard to forget. 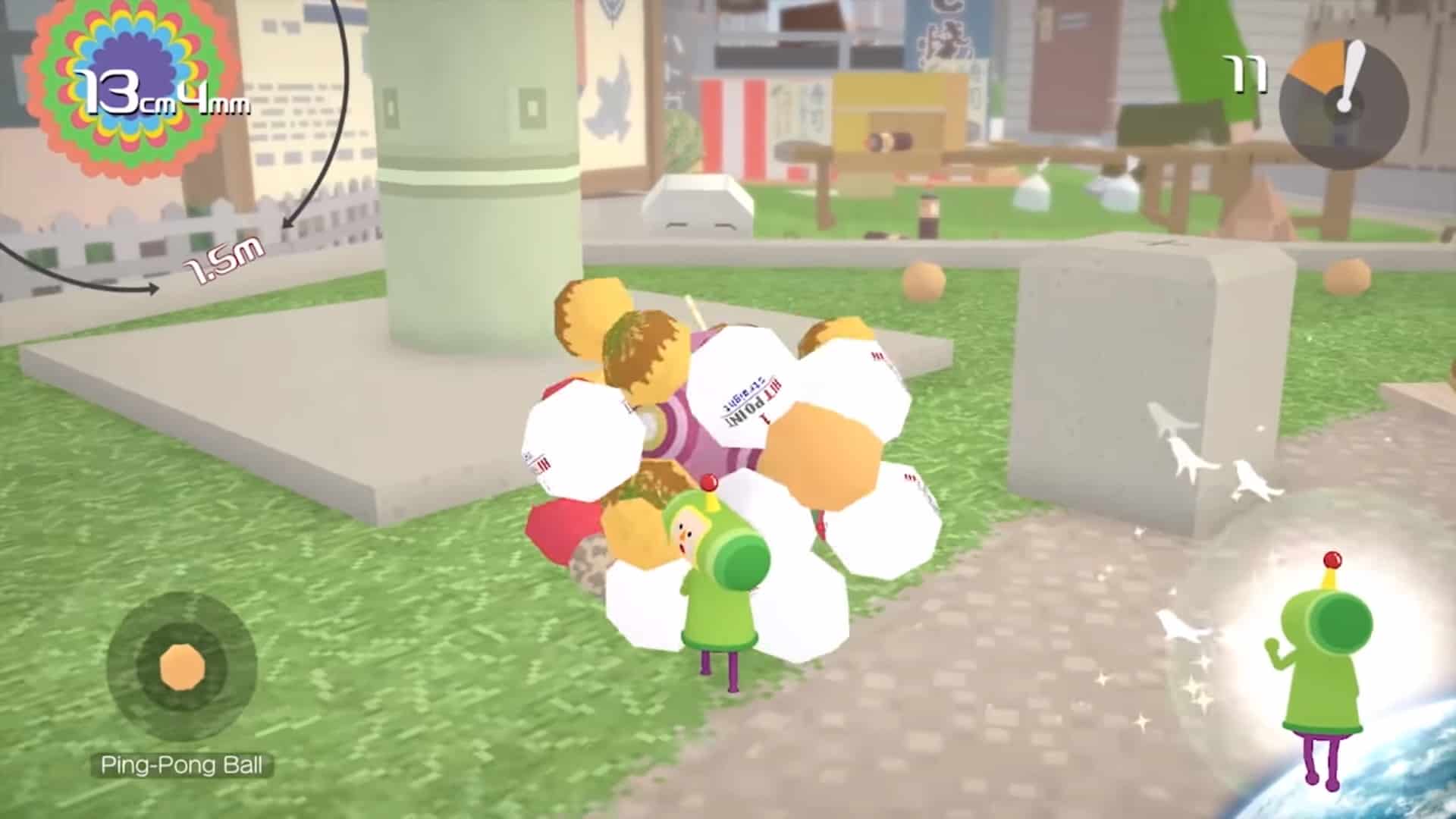 The stop-at-nothing pushing prince is back and ready to reroll. When the King of All Cosmos accidentally destroys all the stars in the sky, he orders you, his pint-sized princely son, to put the twinkle back in the heavens above. Join the King and Prince of Cosmos on their wacky adventure to restore the stars at home or on the go – now in full HD.