Originally launched back in 2012, Re-Reckoning is back in 2020 and just as fun as ever. The remake is published by THQ Nordic and Developed by Kaiko, is a single player, action RPG with loads of content to keep players busy.

Kingdoms of Amalur: Re-Reckoning’s story is as eventful, fun, and simple to follow as it was in the original Medieval tale. Players manipulate fate, as they attempt to change events and the role of fate in the world around them. There are four races players can choose from at the beginning; Almain, Varani, Ljosalfar, and Dokkalfar. The best race for beginners is the Varani because it adds bonuses for lock picking, a skill that comes in the handiest later throughout. There is also a choice of six deities to pick from, each offering perks. The last option is always good for an extra experience gain but my personal favourite was ‘War’ for the armour buff it had to offer.

The combat in the game is fantastic with the ability to be able to combine primary and secondary weapons being great. From having a great sword to quick fast daggers, you can mix and make the play style that fits you perfectly. There are nine unique weapon types in the game and upgrading your skill with a certain weapon can be done in the skill tree for Might, Finesse or Sorcery. Leveling these are great for settling on a class that peaks your interest. The controls are easy to learn, just keep in mind which weapon is assigned to the primary or secondary slot, the magic and skills controls are accessed by holding down a trigger and then pressing on the buttons assigned to the attack/skill. The item radial wheel can hold a lot of items in it too. I only used four slots for health, mana, strength potions and the repair kits. Weapons and armour have durability, so stocking up on repair kits is a good idea, you tend to get a few early on in the game so don’t stress too much as they can be purchased at any town or just repaired visiting a Blacksmith.

There are also many side quests to keep a player busy, some can be short, like picking a few flowers or others that can be doing a full blown dungeon run. The quests are easy to keep track of which is a big positive for a player such as myself as I do get side tracked a lot of the time. It’s a great way to get a lay of the land and see the stories that are unfolding in a town you come across. There are many skill based extras such as lockpicking chests and dispelling magical totems to also give you something to do.

The graphics held up but I did not notice any major improvements from the 2012 release. That is not a bad thing as I always loved the graphics from the original version as it felt ahead of its time but now it is average at best. Also, with that being said, there were some slight bugs with graphics rendering, mainly happening when I first entered a large area. It was not always super noticeable but was present. The lighting through the trees, especially in the first region, cast a lot of shadows and hues in the world. The graphics are solid, just not wow worthy. There is a nice subtle use of music and sounds in the game. If I was not in the midst of battle, it felt quite relaxing to just stand around and pan the camera while looking at the region. There was a slight delay with some conversations with NPCs where the audio lines would overlap over each other. Not game breaking but irritating. 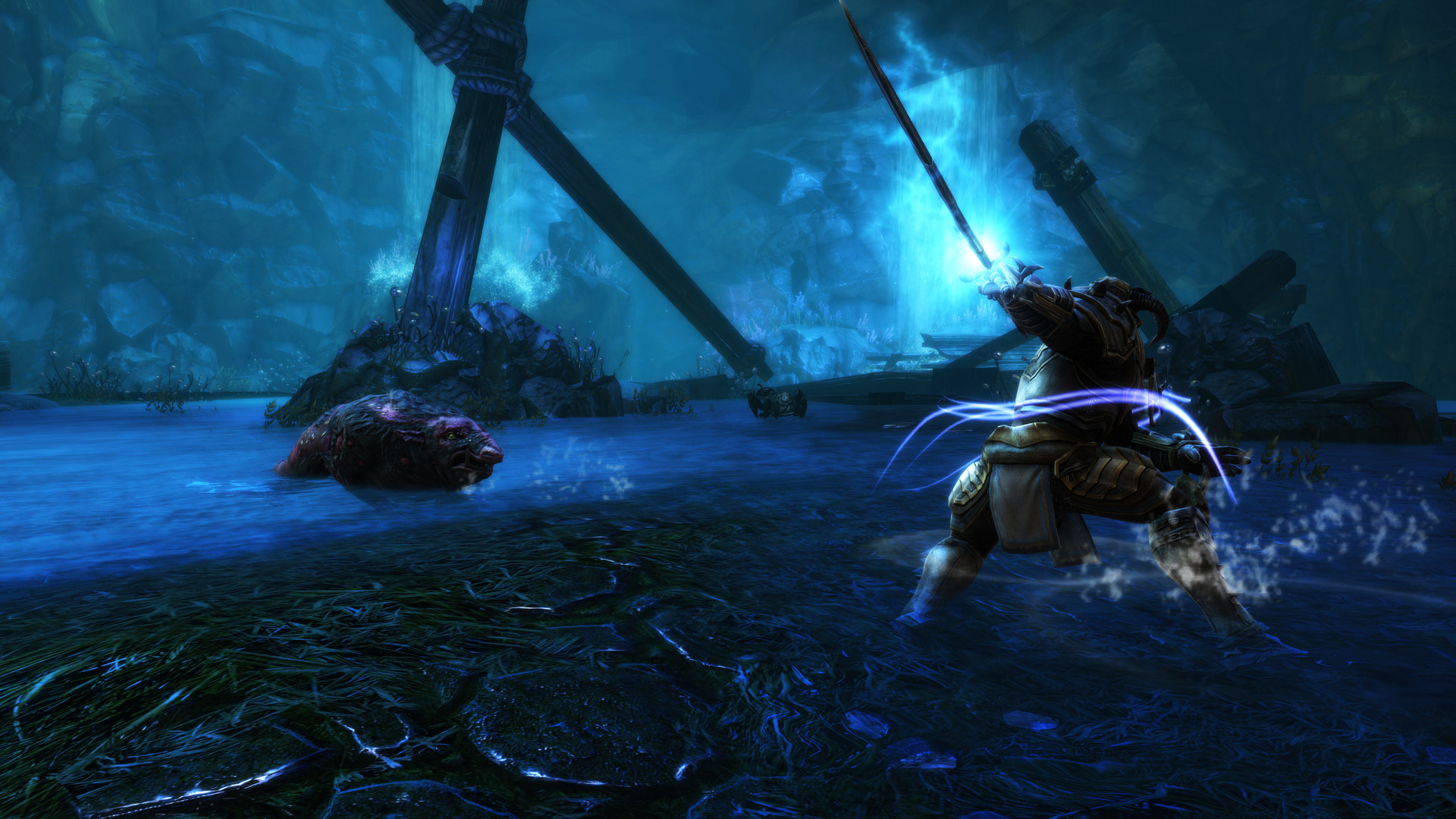 There are a few new gameplay changes that come with Re-Reckoning. It comes with two pieces of DLC, with a new one due out in 2021. A new, very hard difficulty has been added and level locking has been removed in the 2012 version that would determine the level of a zone when first entered. Loot generation has also been changed so players have a slightly increased chance to find loot based on the players’ stats instead of being fully random and getting gear that is not an upgrade.

The 2012 version was a hidden gem shadowed by bigger titles unfortunately and I was happy to see it was making a comeback in 2020 as it is a great game that deserved more attention then it got. I would’ve loved to experience the game in co-op but it does not feel at a loss for not having that feature, just a missed opportunity.

If you are a fan of Medieval fantasy games and looking for one to fill the void, definitely get your hand on Kingdoms of Amalur: Re-Reckoning, as it will not disappoint. I couldn’t fault much since it has been 8 years since my first trip with Amalur, so spotting any subtle differences as a whole was quite hard. For a remaster is that bad? You can decide yourself. I, personally would have enjoyed a better graphical upgrade to the game but it is still quite enjoyable as is. Why change what’s not broken? I look forward to the future DLC and I am glad to be playing a great RPG game again finally. 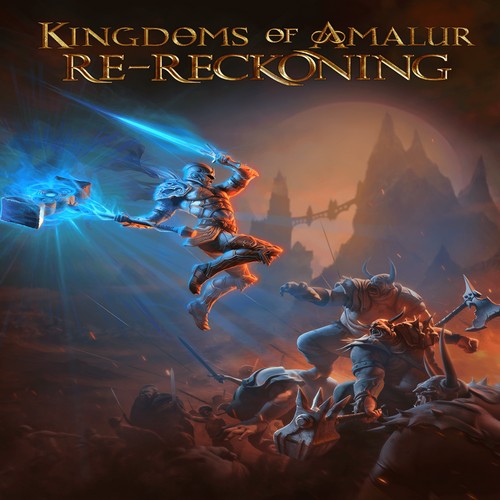