‘Lost Judgment’, a sequel to 2018’s “Judgment” is by far the most ambitious and narratively unique experience I have had the pleasure of playing in 2021. Developed by legendary “Rya Ra GotoKu” and published by the iconic “SEGA”, players will once again revisit Kamurochi, Tokyo, and the newly designed Isezaki Ijincho region in Yokohama. Both areas are loosely based on their real-life counterparts and are some unbelievably inviting set pieces, that just makes me want to board the next plane to Japan. Alas, due to the current state of the world I will have to scratch that itch through gameplay and exploration of this action, adventure-inspired story.

Built on the foundations of the long-running Yakuza game universe, Lost Judgment continues down the path of the opposite side of the coin by setting out to stop crime, rather than cause it. From the opening sequence involving the discovery of a maggot-infested corpse, I immediately felt as if this would be a grim and harrowing narrative from start to finish. Yet, despite some of the more provocative and grueling story moments that you must overcome, I found myself laughing and gleefully galivanting around on my Skateboard without a care in the world majority of the time. It’s an odd combination and a staple of RRG games that have no right to coexist…however they end up excelling at exactly that.

Enter Takayuki Yagami, a cool, calm, and collected Detective who is not afraid to brutally beat a group of teenage bullies in the middle of class. A rather abrupt introduction of the former Lawyer, but also entirely accurate, the weirdest thing about that sentence is that it’s a required part of the game that you are celebrated for. Lost Judgment, in a way, is a game designed to rope in the people who may be new to the universe such as myself, with its opening act being entrenched in the Seiryo High School. It was here where you start to address the current rampant issues with bullying, which evolves into the more pressing concerns of sexual harassment and intense themes involving suicide. 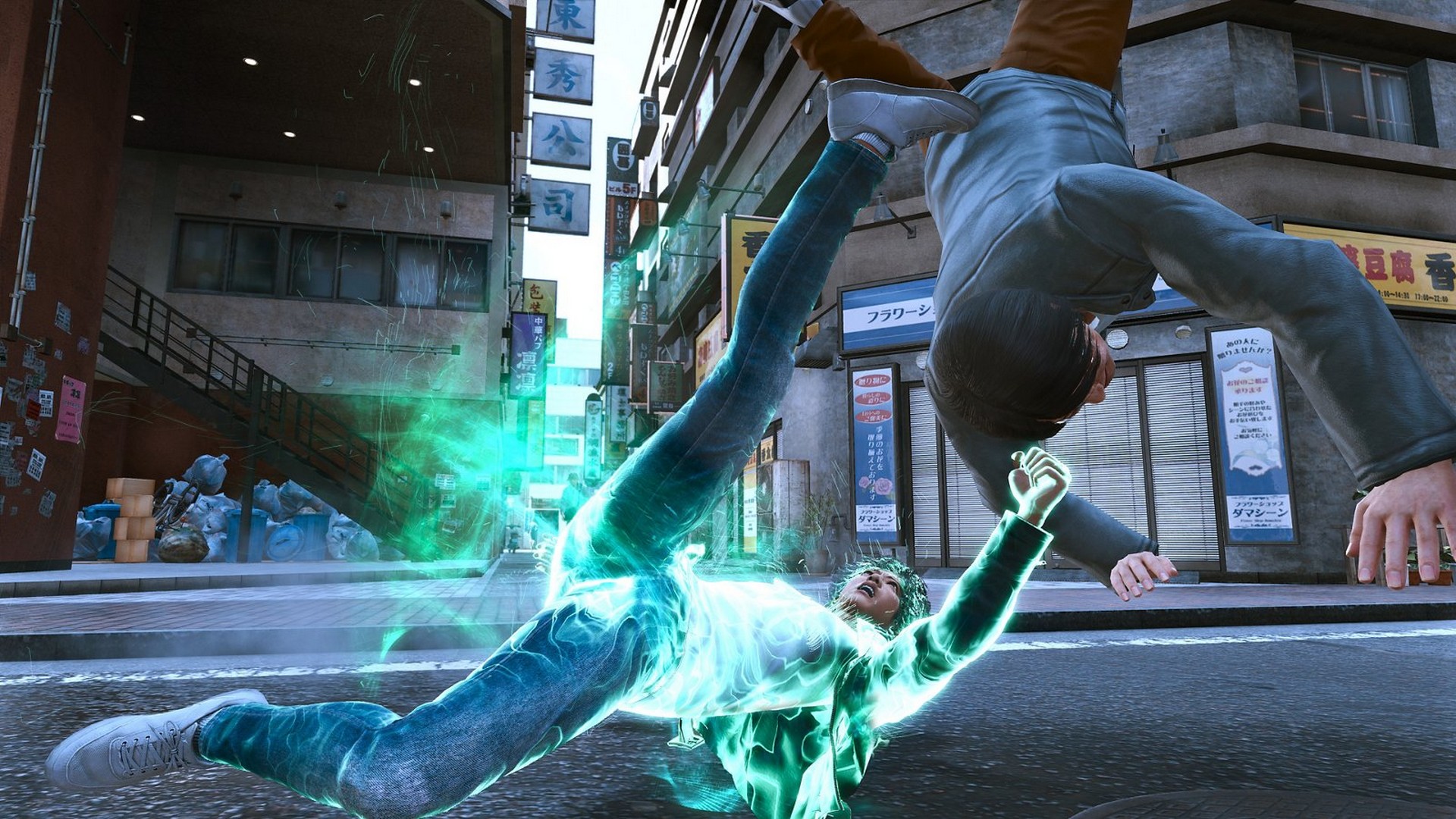 The game engine really got a chance to flex its muscles with an impressive amount of work put into the finest details. Each cutscene was framed as if it was straight out of a crime drama with fluid and meaningful mannerisms for each character. That very same attention to detail carried over to the sillier side of things and the combat as well. It’s the little things that all add up to portray the buildings around you in an almost photo-realistic environment. Player models are able to express defined emotions which complimented the more serious moments of the story, especially in the court case events.

It was always like a yo-yo of emotions as you could be comforting a distressed teenager in one moment, talking about how violence wasn’t the answer, only to follow that up by beating up the bullies of the very same teenager he was trying to lecture. By the way, what are they feeding these kids, because they can sometimes tower over poor Yagami and could take a chair to the face and still keep coming! Since getting into a fight is common practice, having a unique skill set to rely on came in handy.

A thug coming at you with a weapon? Use the Serpent stance which specialises in disarming them first, switch to the Tiger stance to unleash a brutal bone-crushing strike and then switch to the Crane stance to helicopter spin kick your way through the overwhelming group surrounding you. Sounds like a lot but with colourful animations that wrap green, red and blue glows around you and your attacks, it will make it easier to know which stance you are in. The game does a nice job in spoon-feeding you fighting styles, and upgrades are intertwined with story progression so by the end of the game you will be making Jackie Chan look like an amateur in crowd control. 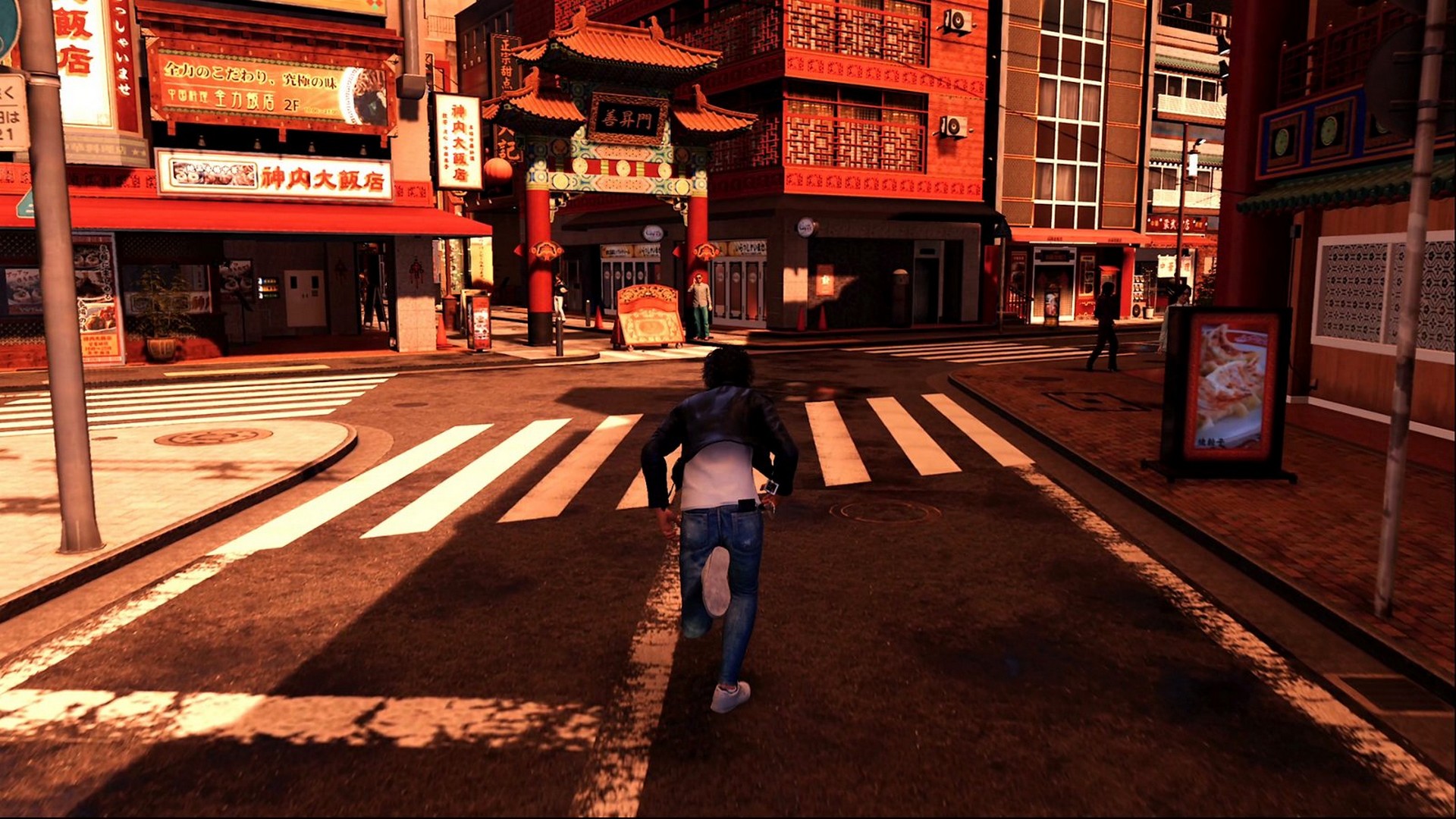 I frequently found myself getting distracted and wandering around the city partaking in almost anything but my detective work. Being a sucker for shiny things, my motivation to find every arcade and dart board slowly consumed me. The fact that there is also an almost ‘Mario Party” virtual reality game you can play, inside the game that I was already playing was ludicrous! At one point my wife even walked past the screen and stopped and asked if I was playing Virtua Fighter, which I literally was because you can just start it from the damn menu. It was like a group of developers where locked in a room and filled a pin board with potential ideas and game director Yutaka Ito slammed his fist on the table and demanded they add everything.

With so much to do it is almost criminal that the detective work that you circle back to every now and then is almost like an afterthought. The fact that it can almost be boiled down to filling out a checklist of things you have found to trigger the next event and then your revelation is buried under a mountain of dialogue, just felt underwhelming. Very rarely was I the one that solved the case. It does fill out a folder of evidence, but the game doesn’t ask you to do anything with it, it just reminds you what you found. What was worse, was the constant exposition dump to remind you what you already know so they could portray that you are indeed a detective to every new character.

Despite the drawbacks, I felt about how the detective work played out, I will commend the story itself. There were frequent moments of shock and awe with satisfying resolutions and world building that rolled effortlessly to the next story beat. It may seem like a Jekyll and Hyde type of game with flipping between the serious and silliness, but you would be doing yourself a disservice by B-lining it through the story. Truth be told, you could play Lost Judgment for 100 hours and still be making your own entertainment. Even if you haven’t played a Yakuza game or the first game in this series, Lost Judgment is one wild ride with something for everyone. 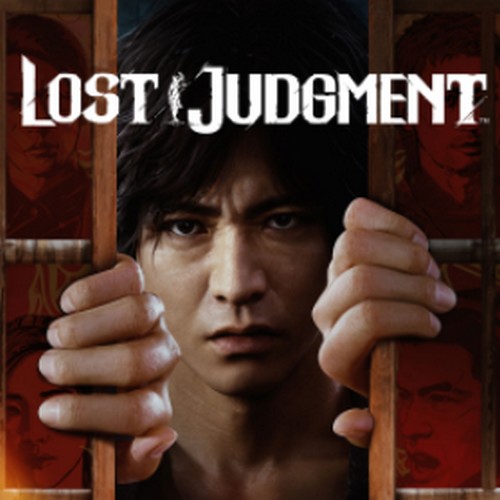 December 2021, Tokyo district court. Akihiro Ehara stands accused of groping a woman on a crowded train. A bystander’s video footage of his attempt to flee the scene and subsequent apprehension is all over the news, and public outcry demands a maximum sentence.