Ever since the announcement of the Nintendo Switch, fans have been desperate for any news of a return of Samus Aran. There were teasers and hints, but nothing solid to say we would be playing a game in the Metroid universe anytime soon. Then one fateful day in June of 2021, Nintendo kicked down the door and dropped an announcement trailer of a classic-inspired side-scroller Metroid game, before sauntering out like a boss. Madness ensues and in an unprecedented move, the full game was released three months later! That’s how you do it, people! The hype started immediately and the game was out without any delays to speak of. Thank you for the dedication from Nintendo and MercurySteam, and for the hard work put in behind the scenes to make Metroid Dread a reality.

The burning question that was on the lips of every Metroid fan is, where is this game placed in the timeline? Coming from a franchise that started 35 years ago, 11 games spanning both classic 2D and 3D styles, comic books, and more, Metroid Dread is set to end the long-running and somewhat disjointed storyline of this saga. The best thing about how they have handled Samus’ last hooray is the opening sequence, which will give you a “need to know” basis of everything that has shaped your journey so far in a classic introduction synonymous with the Metroid series. Quite like the classic introduction, you will also suffer a traumatic encounter once you land which leaves you with a form of body amnesia, meaning you will start with only the basics and have to unlock all your powerful abilities, essentially putting new players and veterans on the same page.

To set the tone, you are Samus Aran, the galaxys’ most prolific Bounty Hunter, who has been sent to the planet ZDR by the Federation Fleet. With fears of the deadly X Parasite returning, a group of E.M.M.I robots were sent ahead to investigate and have since gone M.I.A, leaving the fate of all life at risk of exposure. Due to Samus’ past experiences trying to eradicate this very parasite, which almost left her dead and altered her DNA, ultimately making her immune, you must now face the planet alone. It’s a chilling concept that grips you from the beginning, instilling a sense of determination and a feeling of never-ending dread as you dig deeper in the almost haunting remnants of ZDR. 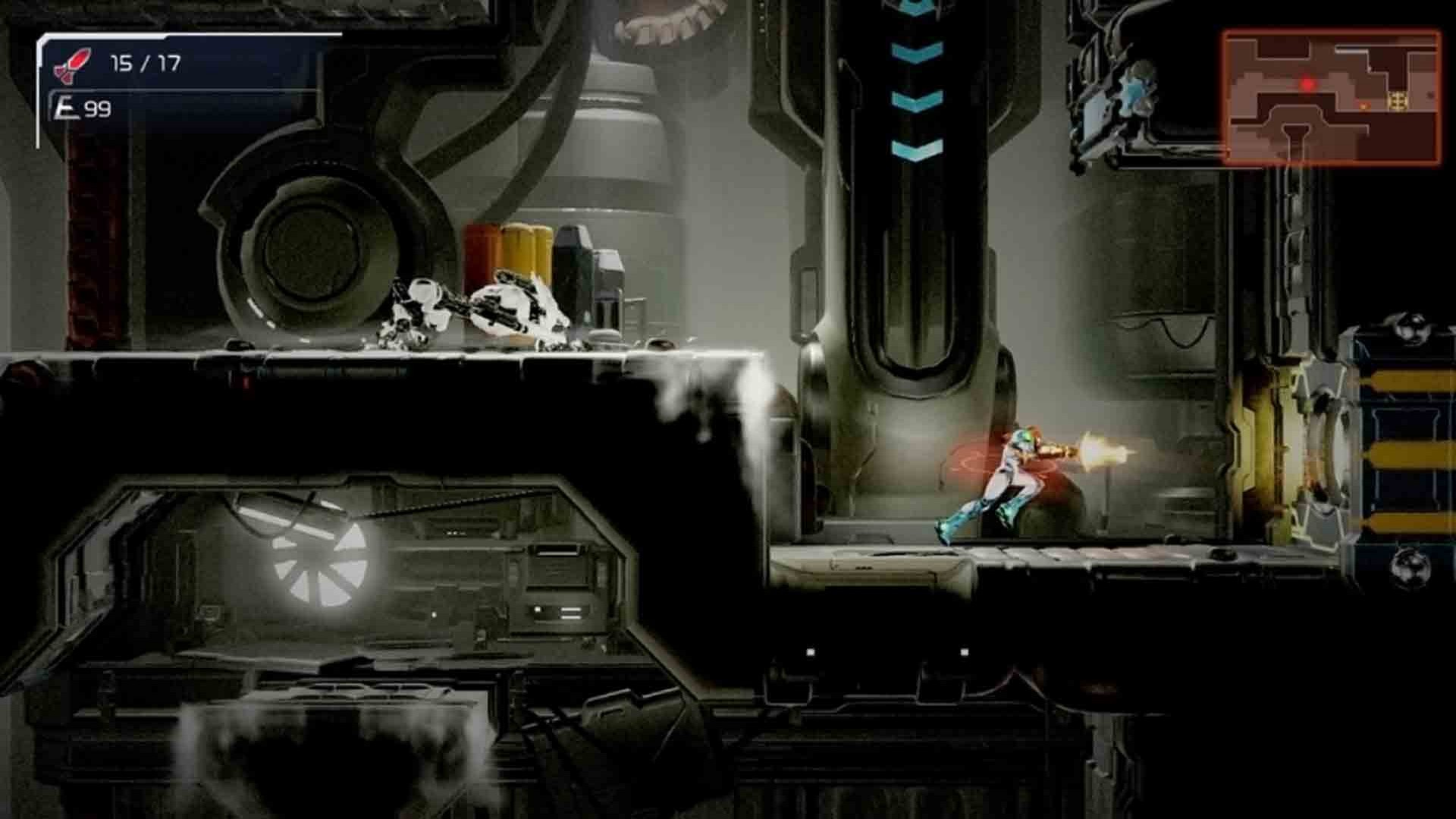 I have said this before but Nintendo continues to astound me with their ability to push the Switch’s limits and make any given art style positively pop in both docked and handheld mode. Deliberate colour schemes paint an ominous yet lived-in world. Early on you see the mist steaming off the cold metallic floors with vibrant yellow warning lights piercing through. Delving into the caves showcases an underground waterfall that flows from the distance towards the screen in a stunning tranquil manner. Not to mention the brilliant colours that evolve as your armour continues to upgrade, and eventually don the iconic shades of orange of the classic Samus. The robotic enemies in the game were adequately designed but the stand-out design features were the reptilian creatures with fleshy exteriors and gnarly teeth and the sometimes enormous Bosses.

Being a 2.5D game, as in a side scroller with a dynamic diorama background, tracking Samus on screen was incredibly fluid and easy to follow. The surroundings provide easy to define platforms that were supported by a depth of field, building the atmospheric ambiance. If they had just left the game at that I would have been content, yet they take it one step further and provide seamless transitions into interactive 3D quick time events during key moments in boss fights, and equally as impressive cinematic cut scenes. Each scripted cut scene was achieved without a single spoken line of dialogue from Samus and through masterful body language and cinematography, I felt every emotion and tribulations she experienced.

Everything that set the mood transitioned beautifully into the fast-paced and meaningful movement of Samus. Initially, a little timid as I didn’t know my surroundings, I quickly developed an aggressive mindset to manipulate encounters in my favour. Holding left or right is all that is needed to reach max speed and being able to jump, clamber, wall jump, and baseball slide your way through the maze-like environments, and it felt like a hot knife through butter when you go it right. 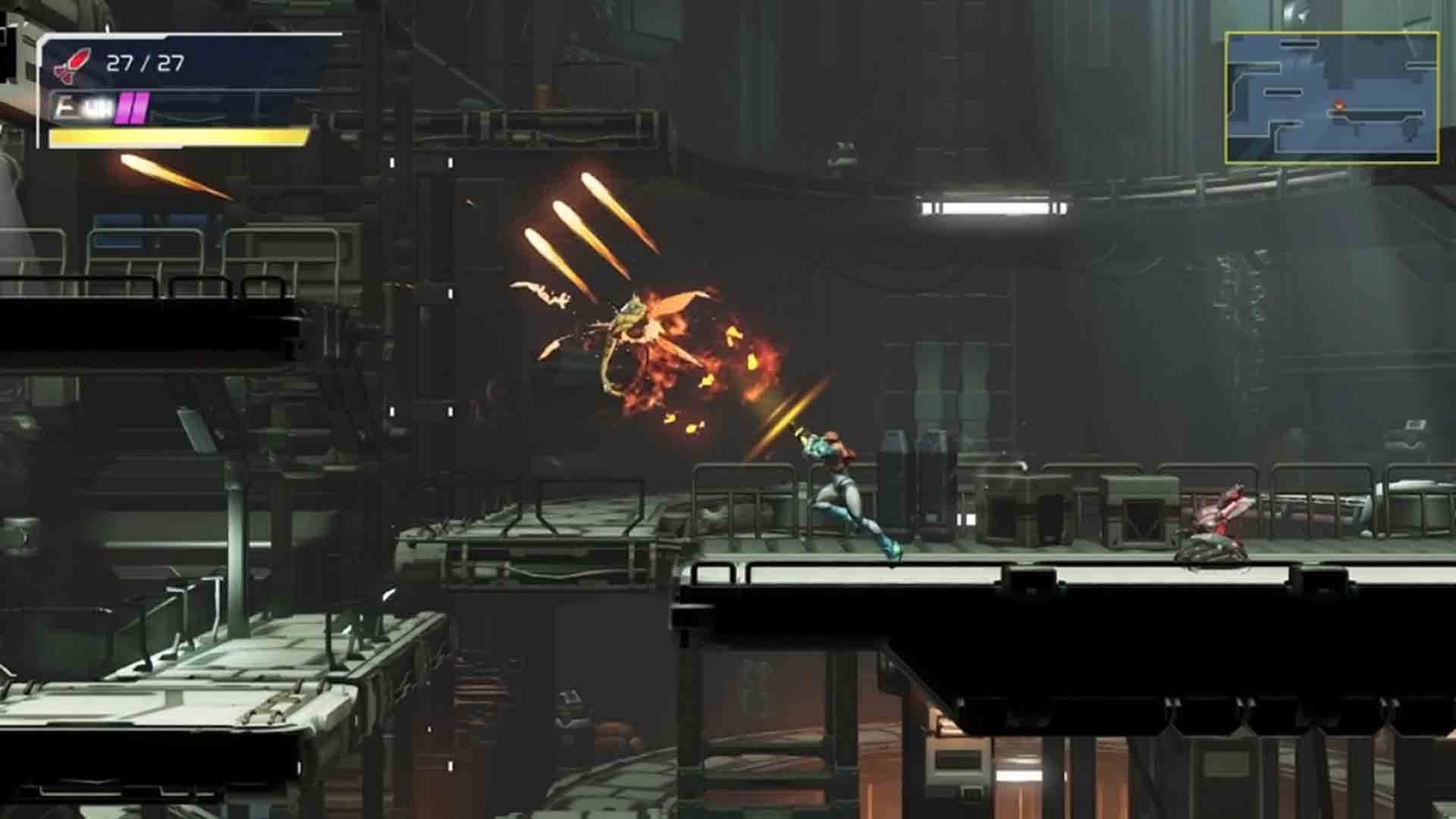 Simple to use yet hard to master combat mechanics were as simple as point and shoot with “Y” or tapping “X” to melee and parry attacks, eventually evolved into holding the “R” button to change to rockets while jumping with “B” and charging up a flash dodge while holding “A”. All while your poor thumb slowly turned purple. It can be brutal at times, and with certain sections of the game being a stone’s throw away from a horror experience where you can only run for your life, it gave me some of the greatest highs I’ve ever experienced in a game.

This is truly a game that keeps on giving with constant surprises and some genuine eureka moments when you figure out where to go next. Set across multiple locations that demand frequent backtracking to use your latest power up to unlock more of the same areas were rewarding rather than cumbersome. Yes, there will be times that you get stumped, but with the immersive sounds, I hunkered down and studied the maps before marking a point of interest and setting off to explore again. The panic that can be felt when the music changes from the unsettling ambient music to the high octane escape sequences was exhilarating, to say the least.

I had my wits tested to their limits and more than once I had to turn the game off and settle my heartbeat, either due to the difficulty of the game or just having to clear my head to try and map out my next route. In a twisted sense of humour, if you manage to get through this challenging experience, a hard mode becomes available for the ambitious. Given that an entire genre is literally named after the difficulty and explorative nature of the game, namely the “Metrovania” type, Metroid Dread sets the bar and exceeds all expectations for this genre and is a masterpiece from Nintendo. 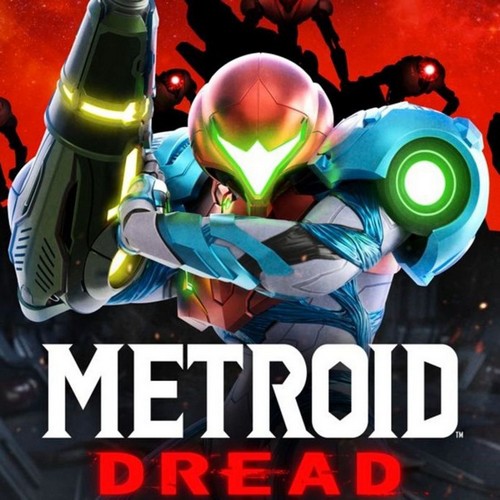 Samus’ story continues after the events of the Metroid™ Fusion game when she descends upon planet ZDR to investigate a mysterious transmission sent to the Galactic Federation.