By StacefaceMayhem on November 19, 2017 on Reviews, 6 More
close [x]
Tweet
No Comments

Humans are curious, and of what are we more curious about than Space travel? Games that involve the exploration of Space are very popular with even ‘Call Of Duty: Infinite Warfare’ incorporating what I thought was well executed with it’s interstellar spacecraft brawls, and admittedly people can’t deny the pre-release hype centred around the notorious ‘No Man’s Sky’ and what could have been a game changing galactic experience. So, how does ‘MORPHITE’ by Crescent Moon Games on the Nintendo Switch, stack up in a genre so hard to get right?

Sadly, not as much as I had expected. This Indie game opens with you, Myrah, a new space aged astronaut who is on a quest to find the ever elusive substance called ‘Morphite’, all the while other mysterious plots develop challenging her past and trying to work against her. She must scour the universe far and wide visiting different planets, scanning their different environments and trading their genetic plans for that sweet, space cash. Collecting this data and cash, will earn you upgrades for weapons and even her ship. Tagging along for the ride is her dedicated, sidekick a robot named ‘Kitcat’.

While the plot is reasonably sound and encouraging to push on through, I found the acting quite cringe worthy especially ‘Kitcat’ who’s attempts at being some sort of comic relief, fell flat to the point it was just annoying. I often found myself skipping cut scenes involving their interactions, but was greatly impressed that the hub had all the details for each mission, just in case you missed the whole conversation, like I had in some cases. Planet hopping and scanning materials quickly becomes very routine, so in between travelling to planets there are the chances of encountering mini games such as inter-planet aircraft battles or the dodging of asteroid belts. While these appear to switch up the gameplay, they were quite mediocre, lacking the need for tenacity and or excitement of a say ‘Star Wars‘ dog fight, and honestly I would have preferred the 80’s ‘Space Invaders’ over it.

The combat in the game is an unrefined shooter, like a clunkier Halo. The shooting and weapons can at times be quite fun to use. In hand held mode, it does feel like the clunkiness is amplified, but I often use the pro controller on the TV, and found it helped with accuracy. Scanning at times was difficult and frequently I found while I was trying to scan a hostile enemy charging at me it wouldn’t register, so often or not I just shot it dead out of frustration, thus missing out on a blue print. The weapons and scanners can be quite quirky and interesting, however when upgraded felt no different in gameplay or useful at all. The art style is very simple, and I actually really liked the use of simple polygons to create this world. Each world is beautifully coloured, however the landscapes in general are too barren for it to be really appreciated. The lack of any real textures made it feel a bit junior despite the storyline. Even the space station is very dull for a place you spend so much time in. The music though is very sci-fi reminiscent of the 80’s, and I felt added a very Star Trek atmosphere to the whole adventure.

Indie devs, I think are the future of gaming, paving the way for unique ideas and fresh stories, unfortunately in this case, they came up a tad short but we can see room for growth, so while it still has very predictable game play, clunky shooting, and lacklustre environment designs, means this game needs to patch its weaknesses like the ventilation shaft of the Death Star. 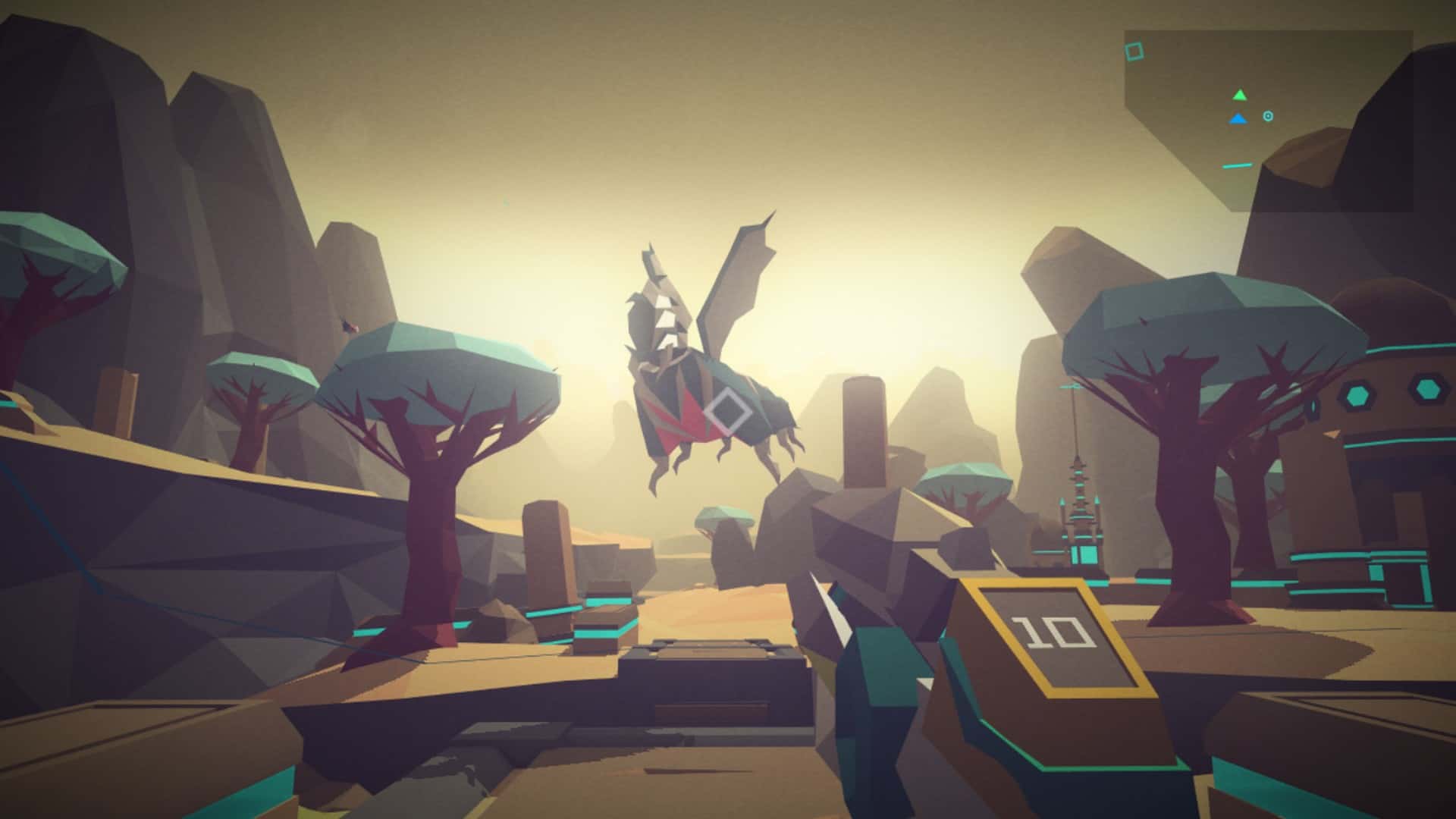