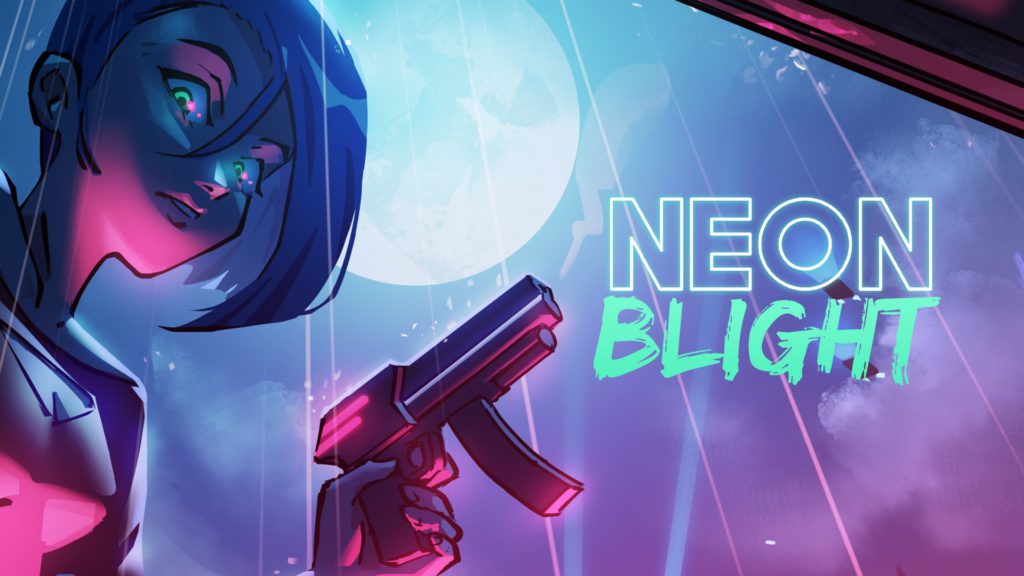 ‘Neon Blight’ developed by Bleeding Tapes, brings you a mash-up of rogue-like, bullet hell, and store management, set in a dystopian cyberpunk future.

Welcome to Eden, an old town beneath the megacity. You play as Lara, an ex-cop, now the new owner of a cyberpunk gun shop. It’s your job to provide the wannabe heroes with weapons to combat the mega-corporation that rules this world. Battle your way through the competition, rivals that stand in your way, and do whatever you need to provide the cyberpunks of your age with what they need, all while you try to find the ultimate weapon.

Set out into the wild and battle through challenging bosses to progress your story and enemies, hoping they drop some weapons for you to sell in your shop. This is a pretty neat concept for a game and the shop was somewhat fun to run. You set your prices but don’t set them too high, you want to keep your customers happy, luckily there’s a recommended price so you have a good idea of how much your stock is worth. 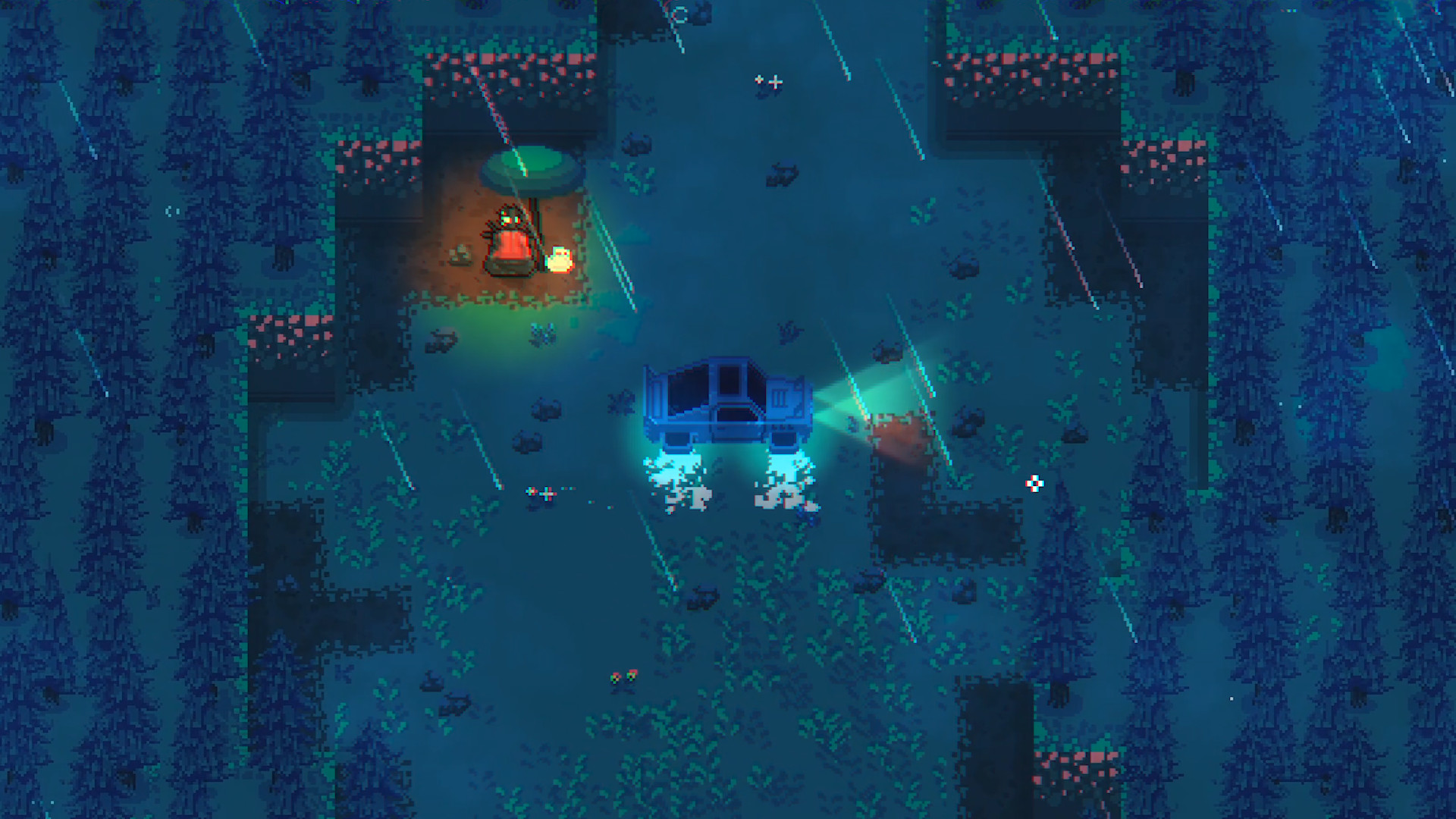 Despite it being a challenge at times, it does get repetitive quite fast. Also, unfortunately, the game was quite buggy and made it hard to gather weapons to sell, with weapons and enemies getting stuck outside the boundaries, and the game did crash now and then before the day 1 patch making you lose progress, but so far after the patch, it hasn’t crashed. Fingers crossed.

Starting out in the early stages of Lara’s life gives you a short tutorial on the basics of the game, but the pixel art style at times made it kind of hard to read what the control for the actions were.

The U.I. of the game in my opinion isn’t the best, and some menus have not even been fully complete making it difficult to navigate. I do hope the developer continues to work on it and solve the many issues the game currently has. 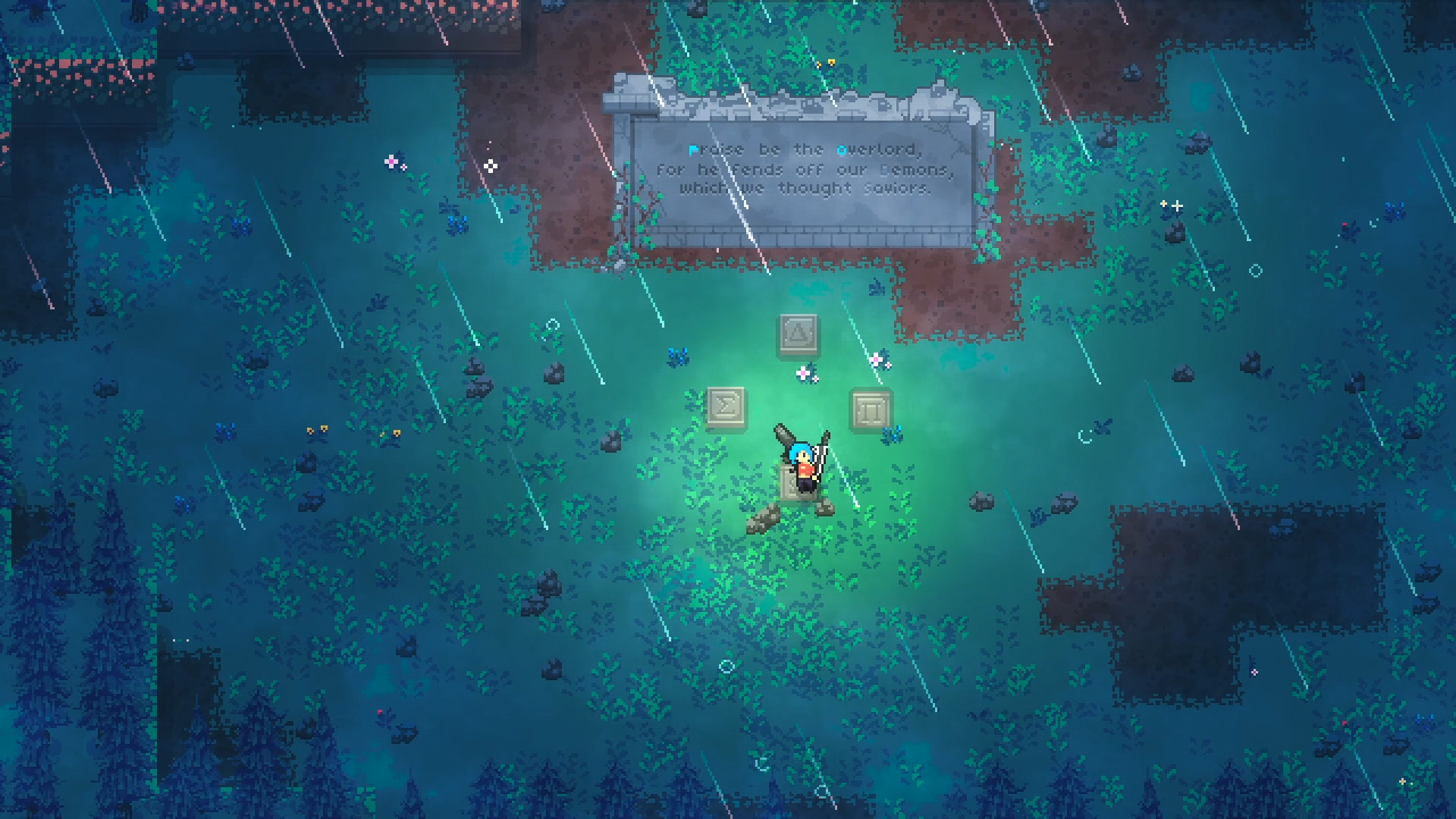 The art of the game is what you would expect from a pixel top-down cyberpunk future, the district of Eden looks great, but beyond the walls, the world is quite bland and boring. Neon Blight has a few different biomes, but not a whole lot going on inside them.

Music in the game was pretty lacklustre for the setting, I would have appreciated a more fitting soundtrack to play along with, as for the rest of the sounds, gunshots and enemy noises were fine and did the job well.

Neon Blight had some fun mechanics, like running the shop and fighting challenging bosses, but unfortunately, the rest of the game was just too buggy and the story just didn’t really interest me. I recommend waiting to see if the developer fixes the current issues with the game. 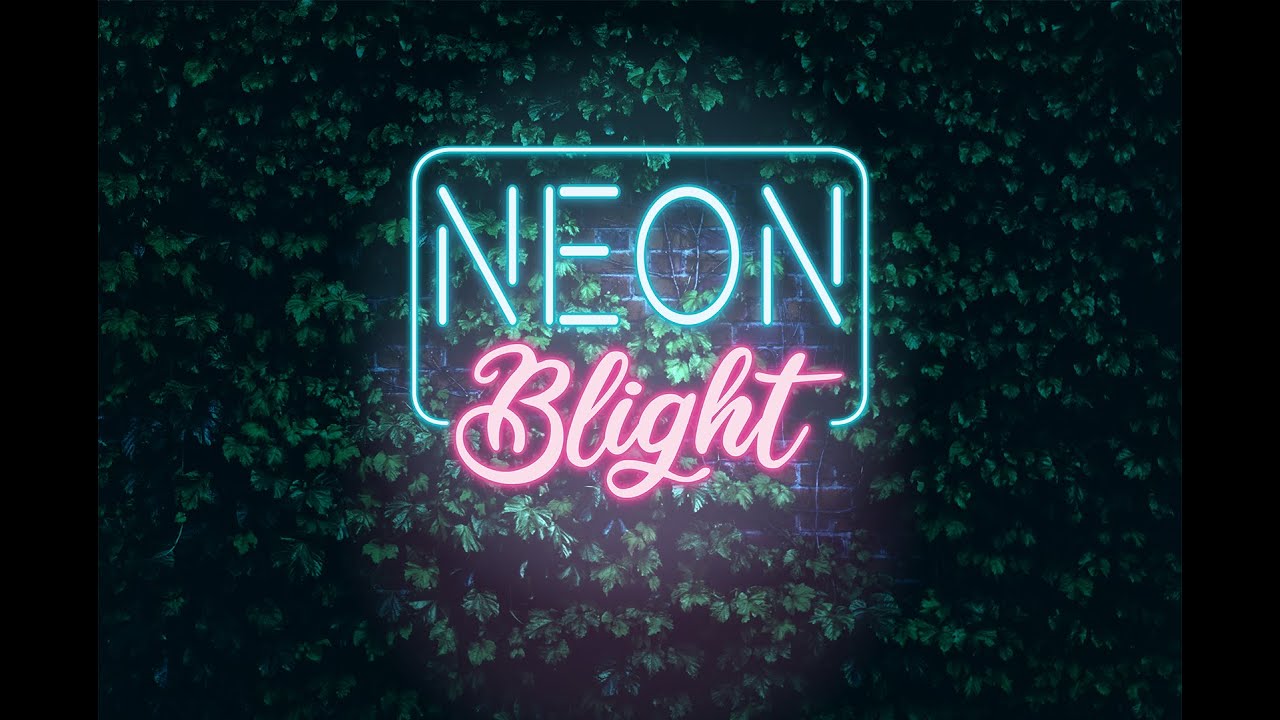 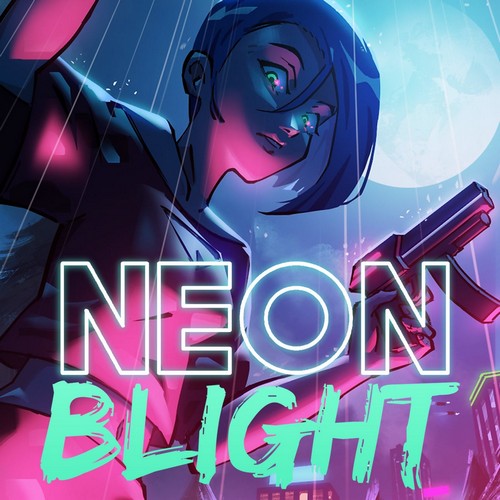 Welcome to Eden, the old town district beneath the megacity. Fight through dystopian cyberspace, collect hundreds of firearms, establish an exotic black market gun store, cater to other cyberpunk runners, and work towards the ultimate payday in this neon-rogue-lite, store management, shoot ‘em up.