Storytelling through media has significantly different experiences, depending on how it is presented to a person. ‘Never Alone’, also known as, Kisima Ingitchuna, tells the adapted story of Kunuukasaayuka, by Robert Nasruk Cleveland with a blend of gameplay, documentary videos, and traditional storytelling. Thanks to Developer Upper One Games and publisher E-Line Media, the ‘Never Alone: Arctic Collection’ has landed on Nintendo Switch to deliver the base game and expansion in one neat little package.

Most gamers will be familiar with the concept of a side-scrolling, puzzle-platformer, what helps set them apart in my opinion, is how good is the story. Nuna, a young yet ambitious girl, takes on the harsh and unforgiving climate of Northern Alaska with a lone white arctic fox as her companion. A never-ending blizzard has isolated Nuna’s village and in her journey to seek out the cause, she faces loss, triumph, and self-discovery.

The spirit of Silla, one that controls the weather, alongside the presence of spirit helpers, shape the mythology and story to offer cultural insights to the player as they progress further into the unknown. During your adventures and enough exploring, you can unlock cultural insight videos that explain in depth the history on the subjects you come across that can be viewed at any time. 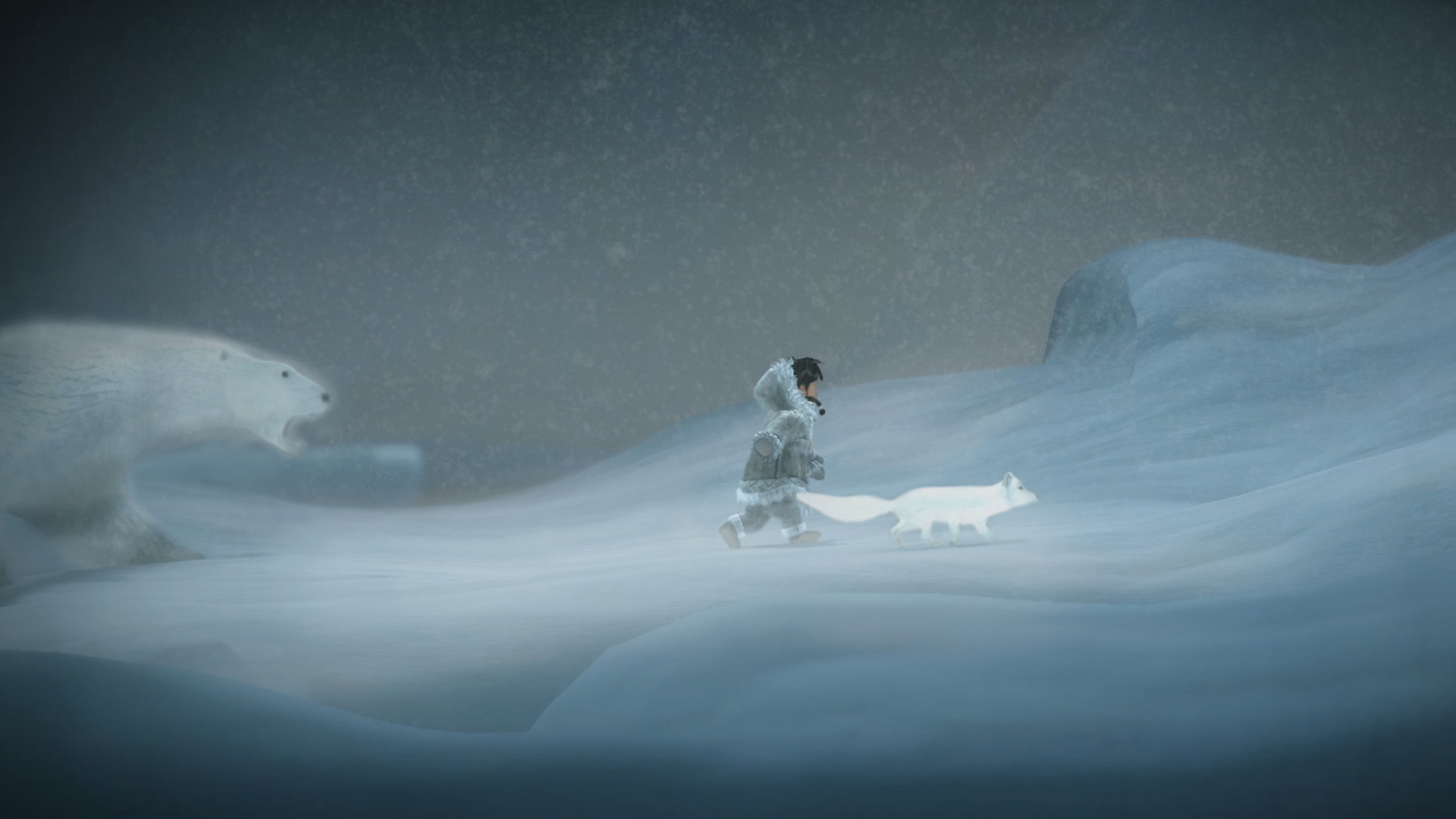 There was a calming and engaging narrator that paired so well with the dark and daunting atmosphere. The winds and snowy environments provide a clear yet bland path in front of you with a blurry and masked backdrop that drives home that you are lost and alone, with nowhere to go but forward. The character models aren’t too far off the Ice Age movie models, which could be a happy accident, but I don’t mind if I was being honest.

It wasn’t all cute characters though as the ‘Little people’ and ‘Manslayer’ appear throughout the game and had haunting Claymation style faces that made sure that I would run during the chase sections. All of this is wrapped up nicely with engaging sound design of light background music of despair matched with the harsh winds that also gave you subtle sound cues to pick up on during gameplay.

The standout feature of the art design, however, was the Scrimshaw work that was put into the spirit helpers. The scratch style designs would fade in and out with the presence of the fox and the brilliant white finish made the animal-like designs pop. This was where artistic intent and gameplay became so important. Nuna is the main character, but you will need to swap control of Nuna and her Fox to progress. The spirit helpers become moveable platforms that the fox can draw in or close using the ‘Y’ button and later evolves to be a much more engaging system, when they work. 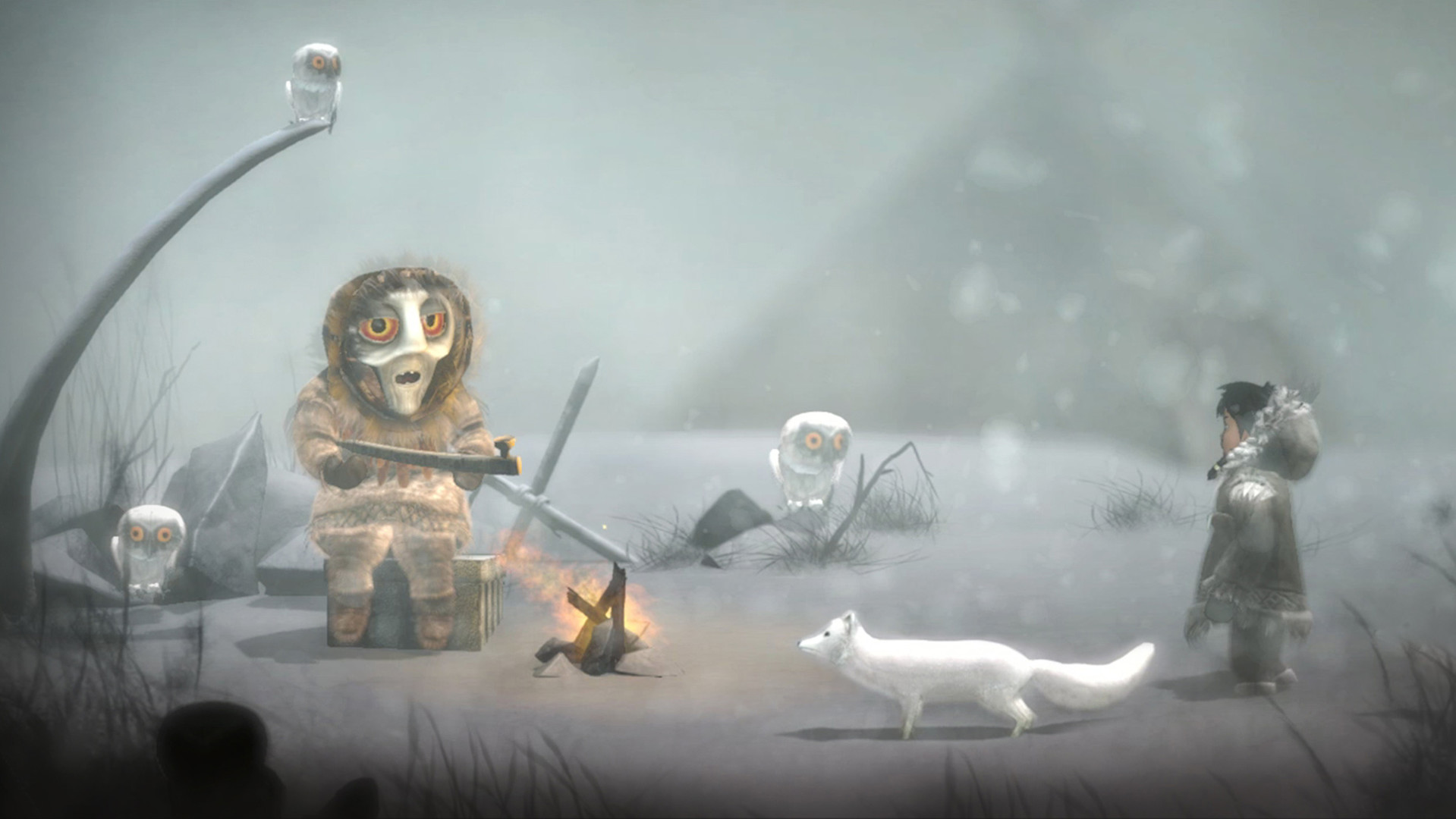 I felt like this game was better suited to a co-op setting as opposed to the single-player option of controlling both characters in turns by pressing the ‘X’ button. Nuna also has a Bola which is a throwable weapon at the flick of a thumbstick to either shatter blocks of ice or summon a spirit. While controlling one, the other will follow suit, the issue that I ran into more than once was the other character standing still during a chase sequence or simply jumping too early or late. While in multiplayer these issues were dramatically reduced but when it worked in single player, it was a fun puzzle-solving device.

The main story is a relatively short experience clocking in around 4 hours and the add-on ‘Fox Tales’ gives the game another short-lived adventure. It was clear the time difference between the first game and this add-on, was instrumental in environmental behaviour and styling. This time set in the spring, while still an icy wonderland, offered a much brighter and beautiful setting with more engaging puzzle work to be had. The same concept of switching between Nuna and the Fox for single players is present but less emphasis on timing lead to a smoother experience overall.

Never Alone: Arctic Collections, is a charming little package that offers a peek into the lives of the indigenous beliefs, stories, and lifestyles. The 24 unlockable documentary-style videos were a joy to watch and the simple and safe gameplay in both the main and add-on stories were satisfying, to say the least. 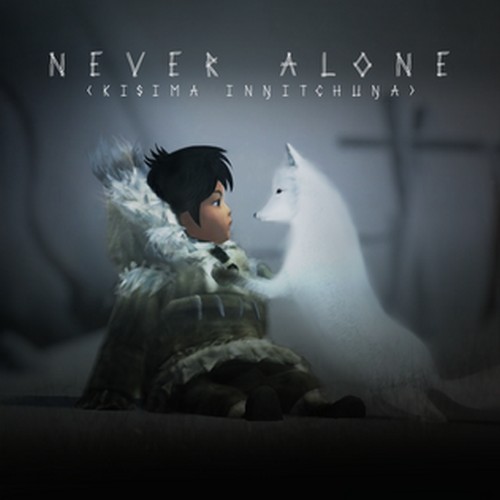 Experience the epic journey of Nuna and Fox as they search for the source of an eternal blizzard that threatens the survival of everything they have ever known.