By StacefaceMayhem on September 6, 2021 on Reviews, 2 More
close [x]
Tweet
No Comments

“No More Heroes 3” by Grasshopper Studios, is the obvious third installment in the high octane hack and slack ‘No More Heroes’ franchise. After being shelved for 11 years, Travis Touchdown is back, and exclusively on the Nintendo Switch.

No More Heroes 3 follows the titular Travis Touchdown, the professional assassin with the attitude of Johnny Bravo. This time around our charismatic hero must put his combat skills to the test when he is up against foes from a far distant galaxy. Facing an alien invasion and complete world domination, Travis must defeat a series of alien evil heroes and their crazy leader FU, in a tournament for planet Earth’s freedom as well as working a mad side hustle to get there.

While the story isn’t quite the typical alien invasion story, it does meander through flat spots and then smacks you with so insane plot points. It has quite a bizarre pacing. Also, the game is loaded with pop culture references and while some got a chuckle out of me, often the things that spewed out of characters’ mouths can be quite cringe-worthy. 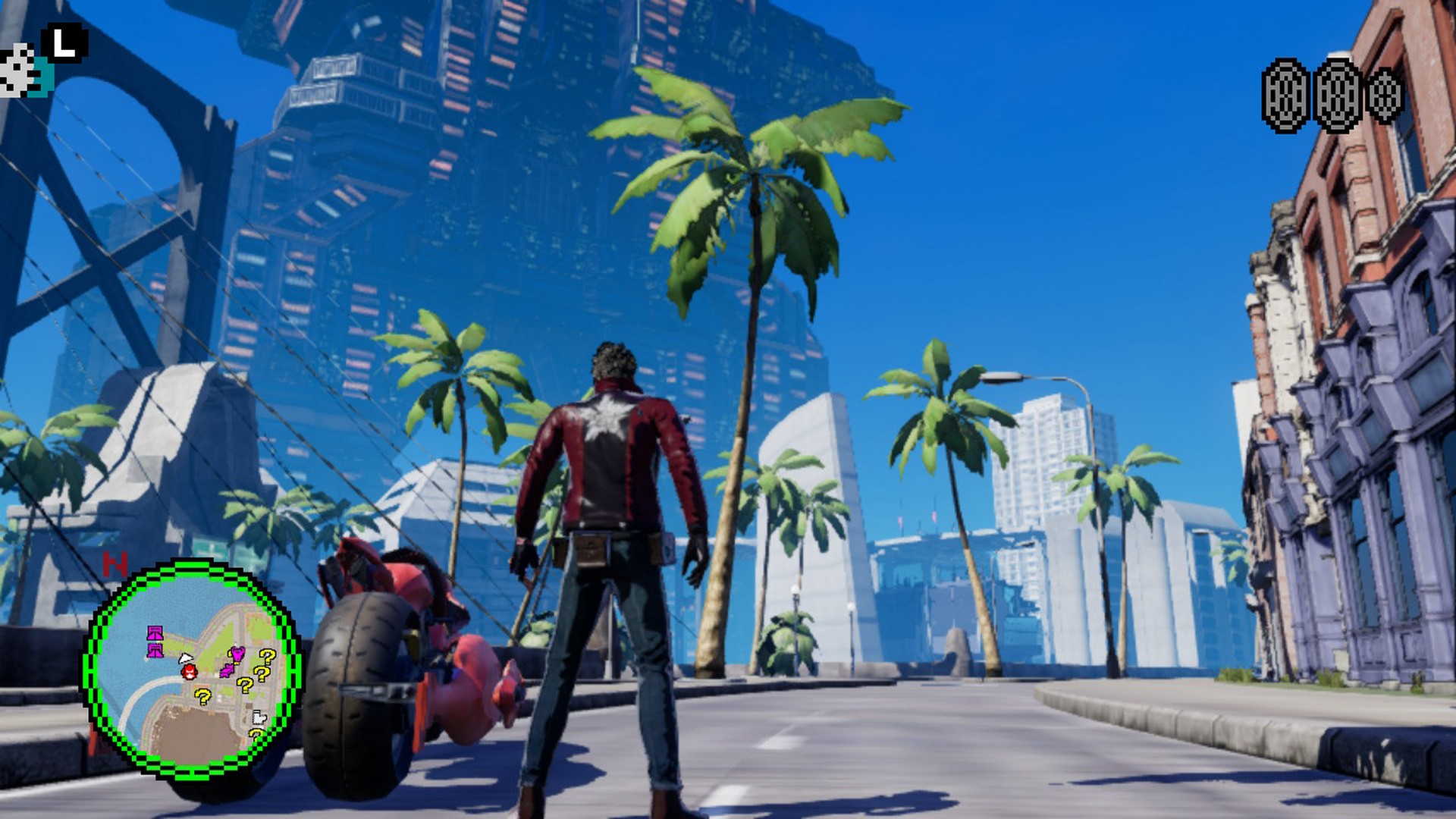 Being a hack and slash, there is A LOT of smackdown with a range of cool weapons including his iconic electric katana, in this electric acid trip of an open world. Traversing island to island on your tricked-out motorcycle, you must defeat waves of enemies and work at jobs in mini-games to earn enough cash to buy yourself into a fight against an ultimate alien henchman. The boss battles are such a full-on crescendo of fun but the mini-games are a mixture of crazy to just flat-out irritating. Such a bizarre mix of ups and downs. This is a huge theme I keep finding in this game.

Combat is a mixture of light and heavy attacks with successful hits filling a tension bar that can send out an explosion of high-impact combos that are so visually pleasing to witness. There is also a whole heap of basic moves but this game makes them so stylish; something as simple as a dodge, stun or block is a spectacle, even slowing downtime for you to lay the beat down in even more.

The flow of the combat is quite a hit-and-miss affair though as impressive as it is. Sometimes your flourish of blows hit with a symphony of precision, the next minute it is a janky fight to charge your weapon and lock onto your target to land that satisfying strike. This is made worse by the already awkward controls of the Nintendo Switch so I recommend a controller over the joy cons. 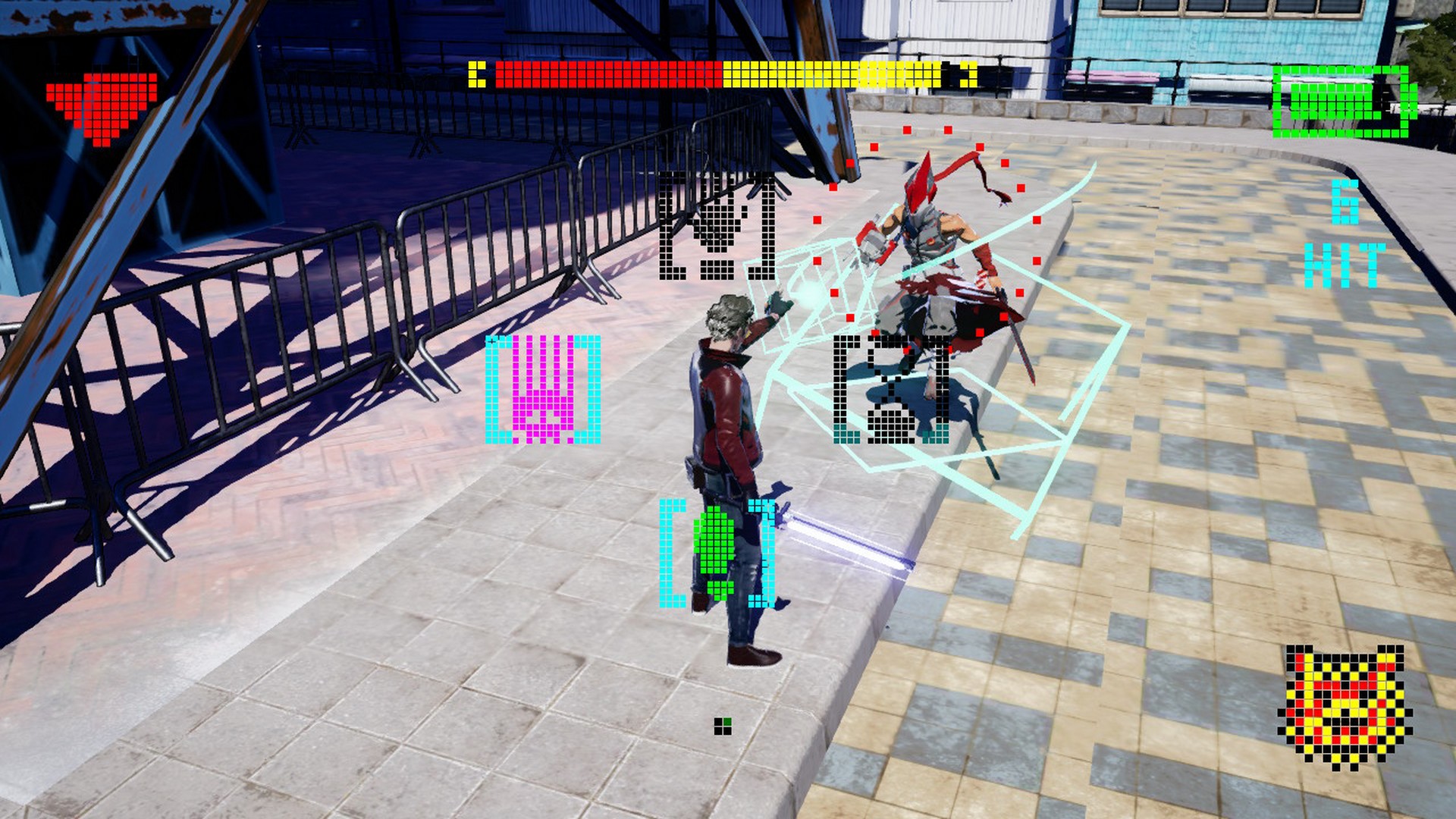 The graphics are an abomination of different styles, textures, and colours, something that has not left the greatest impression with many but I just love it. To me, it just works with the chaos that this game just is. The graphics are 80’s retro meets a futuristic rawness, and while this adds yet another confusing direction in the game, it feels more polished overall. The cutscenes too, are easily the highlight of the game, they are such a joy to watch as they mingle media types scene to scene and the bosses themselves are so unique and interesting to look at.

The music is some hard-hitting alternative metal-inspired tunes that always kicked in at the right moment. This game, despite its neon aesthetic, more than often gives off this punk vibe that I am very much drawn to.

Overall, No More Heroes 3 is a hilariously diabolical miss-mash of ideas. It feels like every idea was thrown on the table and the creators tried to put it all in. While some things like the style and music just seem to work, the pacing problems and sometimes. 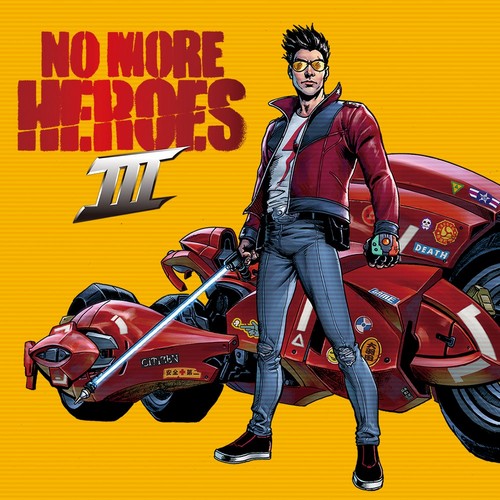 The legendary assassin Travis Touchdown makes his glorious return to the Madness in the No More Heroes 3 game, exclusively on the Nintendo Switch™ system!