‘Oddworld: Stranger’s Wrath HD’ created by Oddworld Inhabitants and Just Add Water, is the improved and updated version of the 2005 release. Players will take on the role of ‘Stranger’, a bounty hunter who tracks down Oddworld criminals with the goal of raising enough money for a surgery needed to keep him alive.

The game plays with a third-person view mainly which is ideal for the platforming aspects for traversing the environments ahead. First-person mode is used while using the Stranger’s crossbow while taking down targets. The Stranger will be able to acquire live ammo from the world to use on his bow, the ‘Zappfly’, is the default ammo in the arsenal. This weapon deals very little damage but can be used to charge up power nodes that can be used to start elevators or lower drop bridges.

Live ammo can be hunted while exploring and by stunning them with the Zappfly. The abilities the live ammo offers are varied. It can be used in setting traps before alerting enemies or a spiderweb to act like bolas that will wrap up targets and keep them out of the fight while you focus on others or claim an easy bounty. 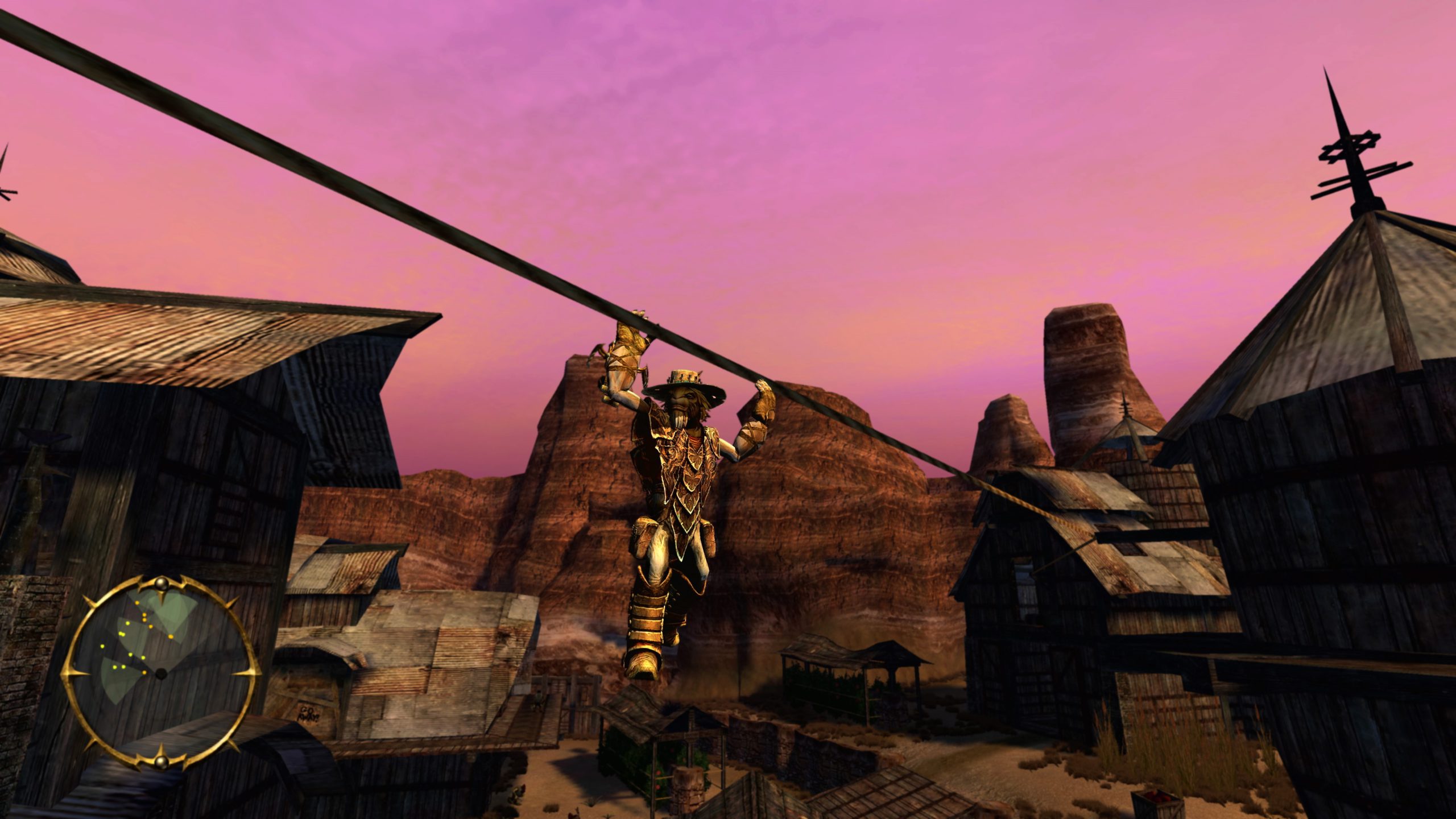 The Stranger claims his prize by using a vacuum item to capture the target making it easier to transport multiple targets at once. When you return to a town be sure to drop them off to get the funds for your work. I do like the Stranger as a character, his bland humour was to my liking and just his roughness was like an Oddworld version of Clint Eastwood in his western gunslingers.

Each bounty brings you to a new portion of the environment but does offer repetitive encounters; track the target, fight minions and then fight and capture the boss. The bosses at least do offer a slight change in behaviour but ultimately are just bullet sponges.

The controls by default are all inverted but can be changed in the menu. The climbing aspect is the only gameplay that felt a bit underwhelming for me with certain jumps off ropes not landing correctly causing me to redo the whole climb again. The difficulty spike was bearable but the fighting against the clock for certain parts felt more frustrating than rewarding.

Visually, Oddworld: Stranger’s Wrath HD has had improvements to the character models. The environment still looks and feel a bit dated for a HD upgrade. As to be expected with the Oddworld series games players will find some humorous dialogues as the Stranger talks to NPCs in and out of town. 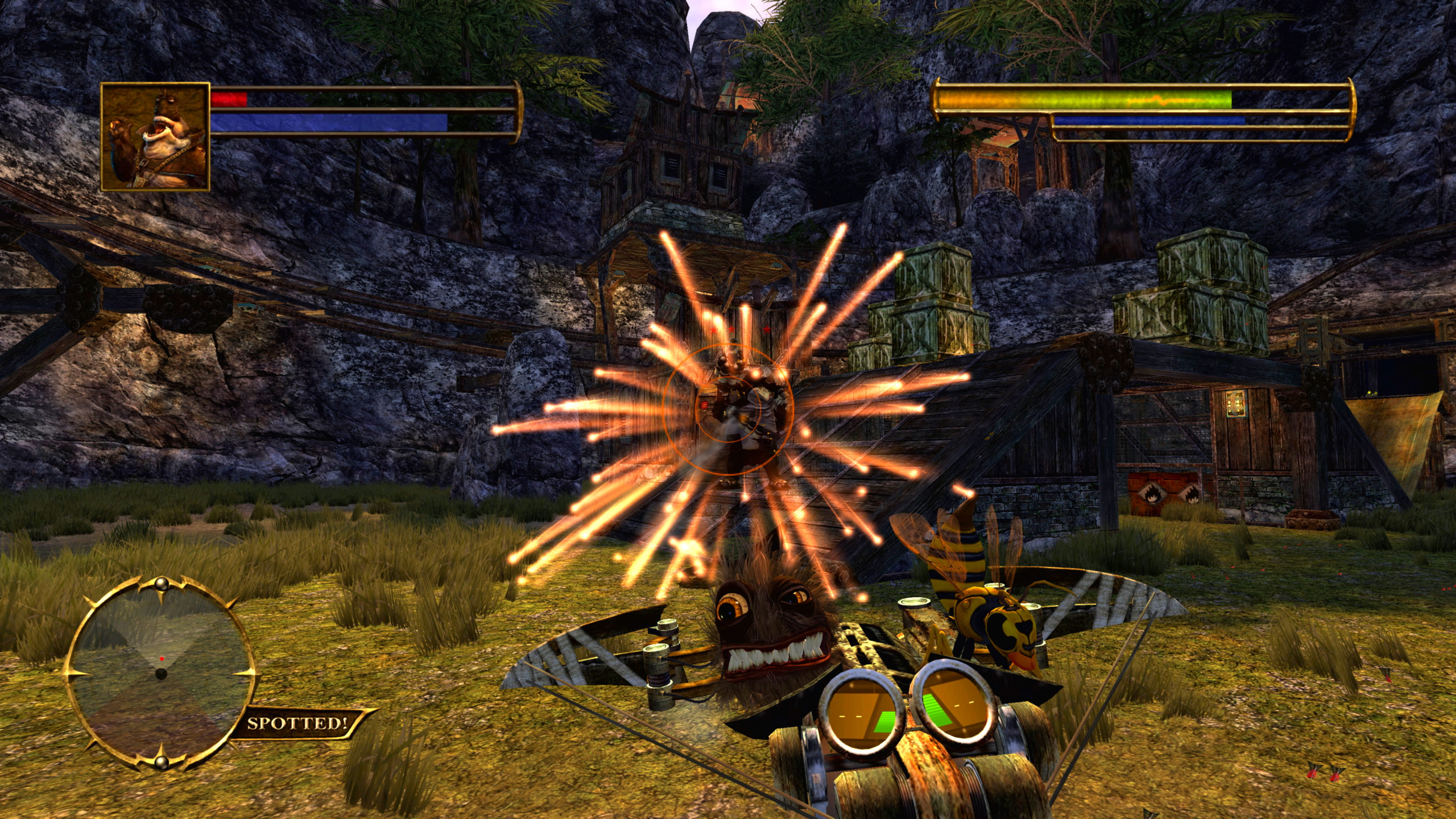 Don’t expect many unique lines though as the majority of the townspeople will give the same reply to what the Stranger asks them. The game features an original soundtrack made by Michael Bross and features a western theme to the songs. This blends in with the whole western style of the game, especially with the Stranger in his cowboy get-up.

This was my first time playing Oddworld: Stranger’s Wrath and it was rather enjoyable despite the combat feeling slightly repetitive rather quickly. I spent most of my time mixing up the live ammo types and seeing what combinations I could make to make encounters easier.

The character models having a touch-up is nice but I would’ve also liked to have seen the environments have a bit of a boost too. The weird spike in difficulty with certain bosses attacking in weirdly designed patterns and timed segments can result in frustration over enjoyment in some players. It’s definitely worth checking out to see what becomes of the Stranger on his twisting and turning narrative but sadly not much else of the story is that memorable. 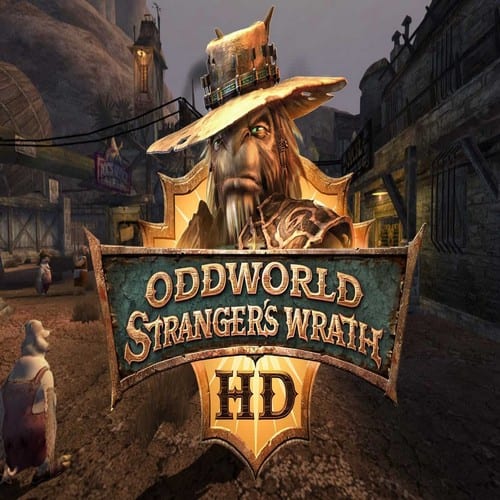 You're the Stranger, a mysterious bounty hunter on a mission to bag the ultimate prize. And you need that money like no one else because there is something very wrong with your health and the only way to fix it is a very costly operation.