Giant Robots!!!! Need I say more? Well yes as ‘Override 2: Super Mech League’’ places players in the role of fighting in giant mechs, so if you have ever wanted to live out a Godzilla fight fantasy then this is the game for you. Override 2 is published by Modus Games and developed by Maximum Games and is available on PC, Switch, PlayStation 4/ 5, and Xbox One Series X/S.

The Switch only supports 2-player local play where the Xbox and Playstation versions both support 4-player local. The PS5 and Xbox Series X/S versions do have an even better output being raised from HD 30FPS to 4K UHD 60 FPS.

The controls are easy to learn with the triggers being assigned for light/heavy punches and kicks and if you hit both commands at once it will unleash a unique move for the Mech. Left thumbstick clicks will unleash an ultimate attack once players have their power meter filled which can be done either by standing in a pillar of light or by taking damage. The more health you lose the faster the power bar will fill so think of it as an ace in the hole during a hard fight. My main fault with the controls is the lock on, especially when there is more than one target to fight. Most times, I just let the camera focus on who I am fighting when they hit me as it will auto-focus eventually. 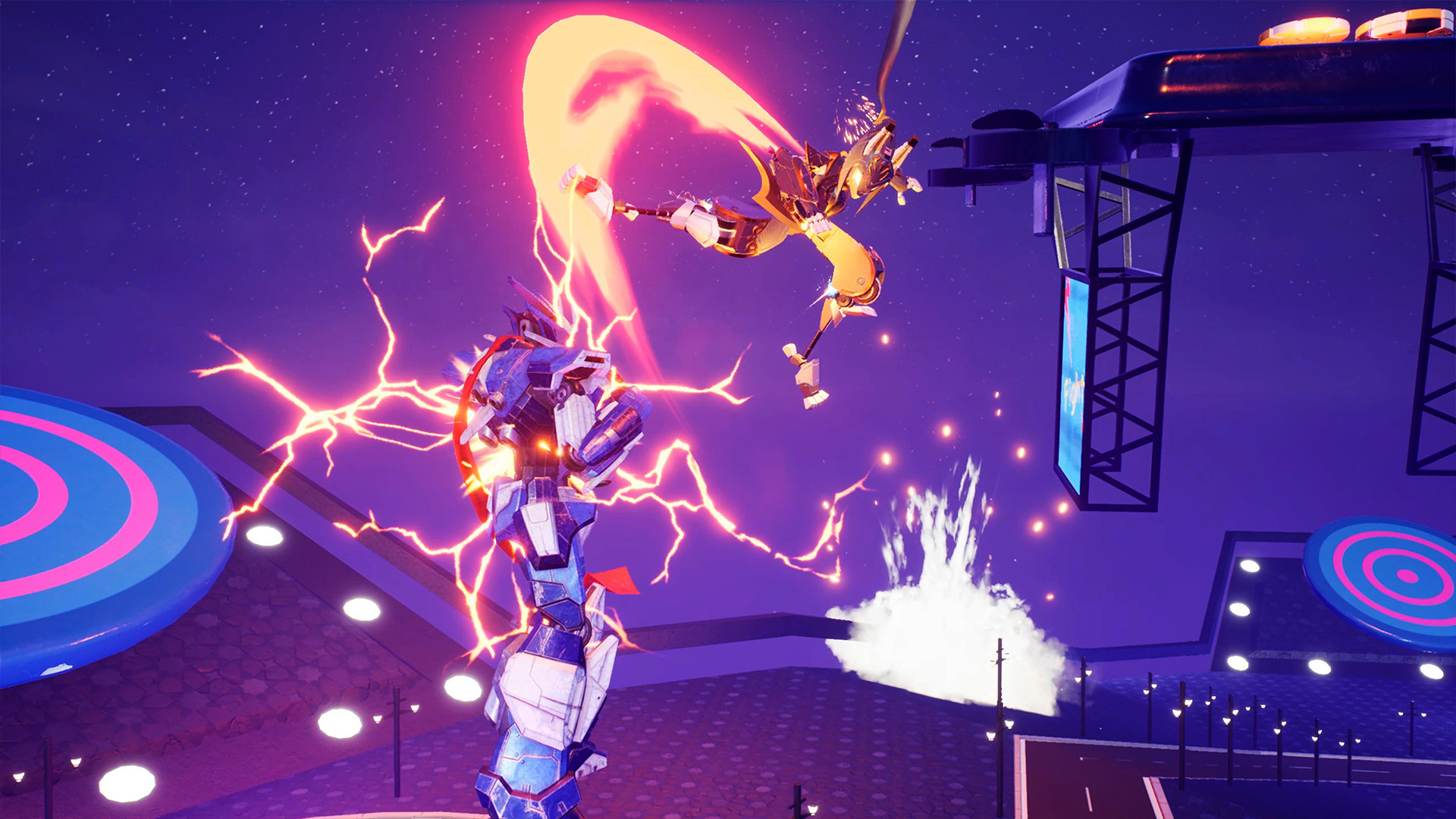 Override 2 has a few game modes players can pick from. I suggest training first to learn the basics, quickplay is a great way to use the 20 mechs to pick from and there is a season pass that will unlock characters from Ultraman. Leagues Mode is the career mode for Override 2. As you progress you will fight to raise your pilot ranking and fight to promote sponsors that approach you with tasks that you need to do within a time limit, such as to perform 50 throws. These challenges don’t have to be done in a single match as the progress rolls over to the next match thankfully.

There is an online portion to Override 2 where the fights you have can be against other player/s with four being the max size for how many players you may come across. I found online to be very laggy, especially with a 4 player free-for-all. Thankfully, there is an option to play against a CPU when you go to start a match. The matches can be pretty short and not very hard but there is a survival game mode within leagues where there will be a few waves of non-playable mechs; I did find this to have the most challenge to offer.

As you win matches and fulfill sponsor deals you get coins that you can use to purchase mechs to use. When you first start off in leagues there are five mechs to use as rentals until you buy one. There are also cosmetics you can get like hats and all types of coloured parts. 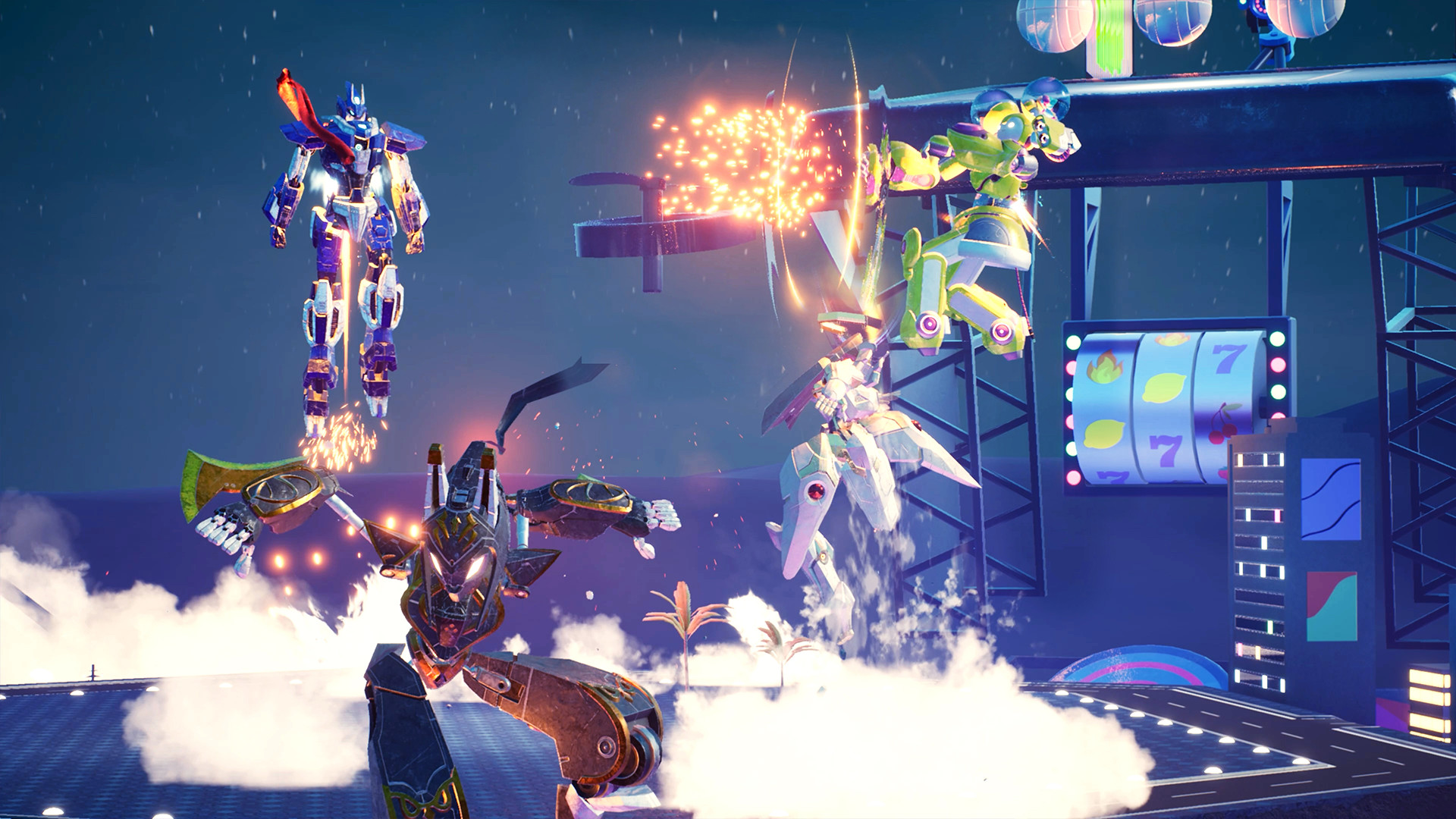 Graphically, Override 2 has great detail on the mechs which is not a shock as they are the main aspect of the game, the levels are a bit lackluster most of the time and the city will just be bulldozed right away anyway so it is not really a big focus. I wish there was a way to customize the mechs a bit more other than slapping hats on them, being able to fully paint them or have extra pieces to make them look different would’ve been a good touch.

The music for Override 2, sadly, does not feel very present during gameplay, even though it is there in the background it just can be overpowered by the noise of the mechs and the combat. I did notice that the music changes style depending on the level that is being played and found the cake level the music felt very happy and pop-like very different from what you’d expect with big battling robots.

In conclusion, I did find Override 2 fun but at the same time got a bit boring after a few matches in a row as there is nothing unique to the matches once you have gotten a good mech with the playstyle you prefer. Override 2 does quickly become a cakewalk for achievements and to trophy hunters Override 2 seems to be an easy 100% as you just need to farm a bit with certain mechs. I will return to Override 2 when the new DLCs drop from the season pass as I love looking at the designs of the mechs and may find a new preferred mech to main as. 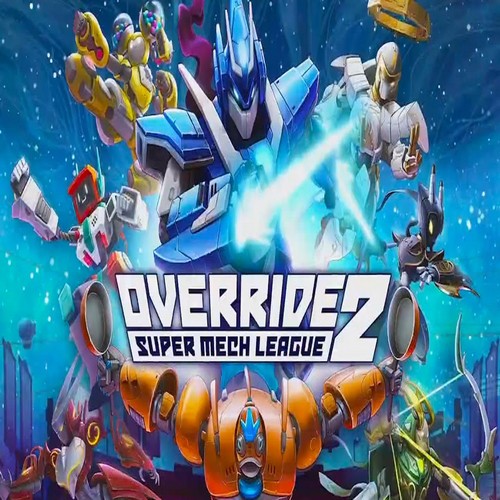