An unrepentant retro FPS adventure with mild RPG elements, this is a real work of love in the vein of Wolfenstein 3D, Doom, and even Cybermage. Play a mysterious gun-toting warlock as you travel from place to place, destroying evil and finding weapons. Shoot things, cast spells, and cause mayhem. Great for any retro FPS enthusiast.

In terms of look and feel, Project Warlock indeed draws inspiration from classic shooters from the ‘90s. But there’s a freshness to the experience that comes from an obvious infatuation with the 1990s and even 1980s, with everything from games to movies and even music covered. This makes Project Warlock a reinterpretation of classic ideas and design in mixtape form, that often feels modern or retro in ways you wouldn’t expect. The pixel-art might be in line with the era that brought us Doom, but Project Warlock employs robust lighting and art direction for enemies and objects that feel more like a blend of classic 8-bit action games like Contra. The levels also feel more like a nod to classic first-person dungeon crawlers and the low ceiling maze-like design of Wolfenstein than something like Doom or Quake. Verticality is all but absent outside of the odd elevator ride, but even this older-school design choice doesn’t affect the enjoyment in any meaningful way.

With levels spread across four disparate campaigns themed for different time-periods and settings like the medieval era, ancient Egypt, Antarctica, the high-tech future, and even hell itself, it leads to an impressive amount of visual variety too. With no real story to connect it all together though, keeping you engaged is entirely left up to the fast-paced action. This takes on the guise of a classic arcade release merged with a fun and varied shooter. In terms of its FPS-feel, Project Warlock nails it. With a great line-up of classic weapons and a real punch to enemy impact and great sound effects. There’s a definite flow to the action that makes it hard to put down. Even larger enemies break apart or transform to vary their attack patterns in cool ways.

Stages themselves only last a few minutes and need to be completed in small batches in a single life. This naturally adds to the arcade feel but time between runs is spent in the Workshop where you can spend upgrade points, skill points, and equip perks and buy spells. It’s all very modern action RPG like with the choice between health upgrades, carry weight for more ammunition, or melee damage buffs versus the projectile route. Project Warlock pulls all of this off quite neatly, but the interface takes some time getting used to because of its confusing layout.

Would still recommend it for anybody interested in a more pure FPS experience, and the soundtrack alone is worth the price of admission. 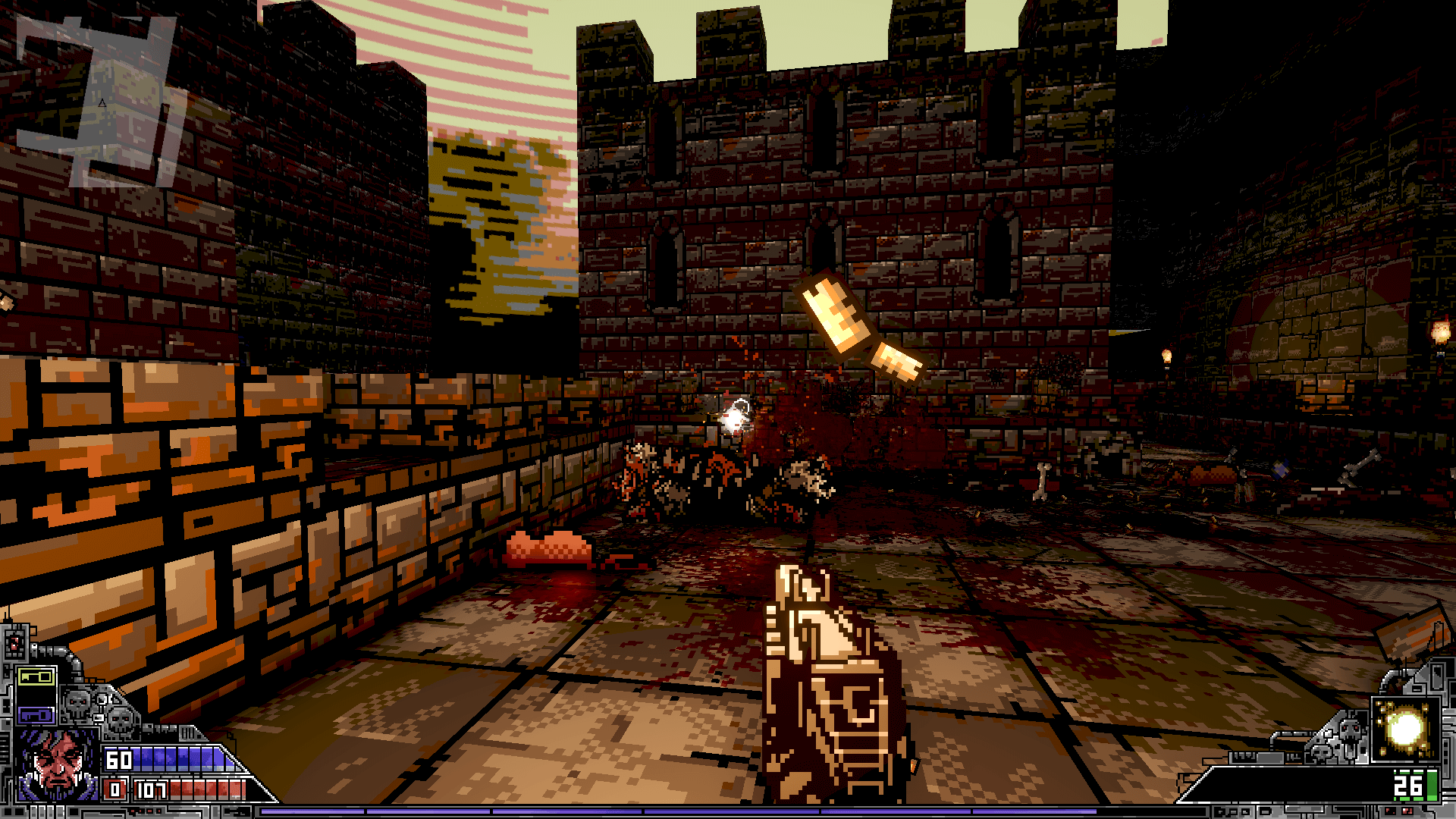 Project Warlock is a first person shooter that fans of Doom, Hexen and Wolfenstein cannot miss. It serves you an exploding cocktail of bullets, spells and monsters. In Project Warlock you battle through 60 levels of non stop action packed with bloodthirsty enemies and challenging bosses. The game offers not just firepower, but perk-based character development, weapon upgrades and unlockable spells system.