The run ‘n’ gun genre has been around for a very long time, with greats such as ‘Contra’, ‘Metal Slug’ and hybrid games such as ‘Megaman’; the benchmark that many aspire to match. Queeny Army, developed by Lemoonpie games, with the help of EastAsiaSoft publishing work, have created a very tongue-in-cheek entry into the side-scrolling, run ‘n’ gun scene for PlayStation and Nintendo Switch.

In the early 1990s, arcade games weren’t exactly known for their in-depth and robust storylines, players were given a setting, and then off they go to mow through hordes of cannon fodder. Queeny Army, to its credit, attempts to establish a fair-weather premise for all 12 playable characters, who have all ended up under the care of Professor Gonzales at Sam Romero college. Each one has its own tragic backstory that will vary ever so slightly, but each one offers its own cheesy and cliché action movie trope as well.

Set in an urban environment with a pixel art theme and chip-tune rock music, an authentic, old-school arcade feeling gives a little tug at the nostalgia heartstrings. Building skylines in the background scrolling past as you progress through the levels with metal-like scaffolding offering plenty of platforming sections, it’s clear they did their homework. Even though it was modelled after classic games, the gameplay offers a much more smooth experience with fast movements and clear outlines for all the sprites. The layouts of the levels, however, weren’t an instant classic hit with certain sections offering incredibly frustrating stretches with no checkpoints. There was still the odd hidden area to find and fun boss fights to cap off each stage, I just wish anyone luck when they reach stage 4. 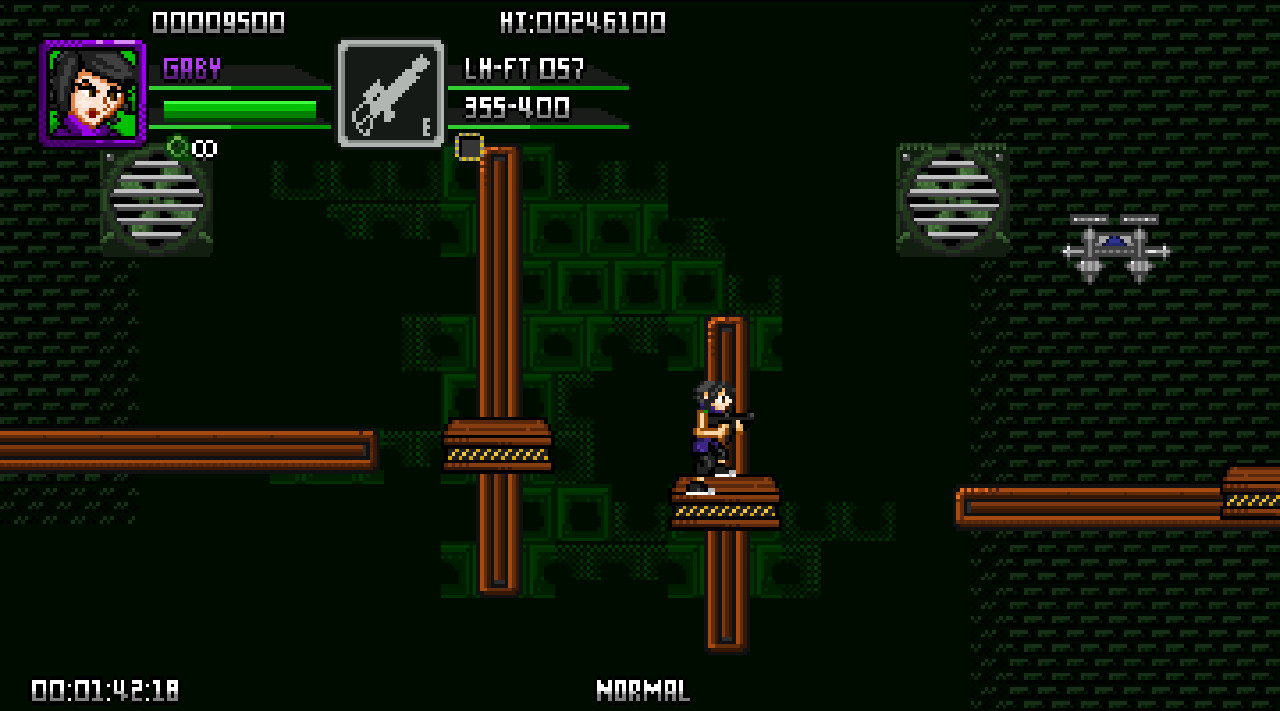 With six stages, four difficulty settings, and 12 characters with unique abilities or starting weapons, there is plenty of opportunities to restart and attempt a new high score. With limited control options and no character progression, it’s easy to work on your muscle memory. Being able to double jump, melee, shoot and dodge all with their own button makes it an easy pick up for most people. The shooting was a little finicky, your bullets only went so far before disappearing.

Also, depending on the weapon, the angles you can shoot at don’t always match the angles the enemies shoot at, leading to some cheap hits on your health bar. The unique abilities were also a little underwhelming, Fatima did have a slight boost to the range of SMGs, and Grecia being able to lay down offered something different but often most abilities were easily forgettable.

It was clearly all designed for a bit of fun with a blend of mature themes of sexualising the women, accessibility of gameplay, and story clashing in an odd way. I did, however, laugh at the story more than I did with it at times with some rather flat and borderline lazy writing. In the opening story role, the corrupt police force kills the Professor and all the boys at the college before ‘abandoning’ their weapons because the girls will be easy to deal with. Except the Queeny Army take the weapons and fight back with the help of a random ex-military personnel named Eiji who turns them all into soldiers overnight. I know that I should be able to just accept the premise and move on, it just got harder to enjoy it each time even with the 12 unique openings.

For a bit of a laugh and a few genuine challenges, Queeny Army offers the fun of a bootleg copy of games you grew up with. 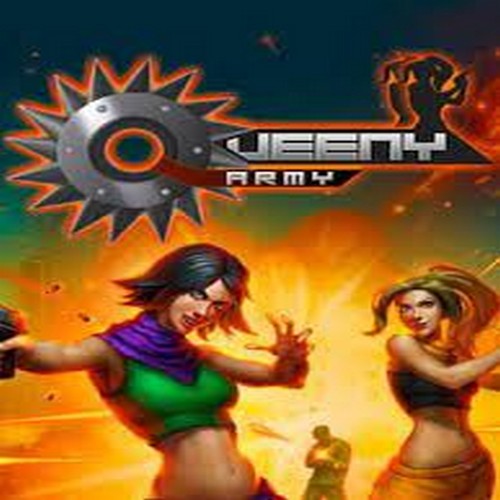 Queeny Army, advance around San Romero, each girl has a different special ability and unique weapons, free your country, defeat your enemies to reach the heads of the criminal organization commanded by the president, will the girls be able to survive this adventure?