In Redneck Ed: Astro Monsters Show, imagine having your face stolen by a little girl, then being abducted by aliens to be a part of an intergalactic space arena to fight for your freedom and your face back. Crazy right?

This unlikely hero, Ed, is thrust upon this galactic gladiator type game show, run by alien masters for the enjoyment for the rest of the galaxy. With his trusty wrench, Ed must gain the favor of his viewers and defeat a variety of strange and campy aliens foes.

Published by 101XP and developed by Rustic Fantastic, Redneck Ed: Astro Monsters Show brings an amazing 2-D, hand-drawn, animated adventure that brings a unique story with a lot of side-scrolling, action platformer combat. You may even find a dash of RPG elements. For those that are familiar, the dodging, ducking and weaving of games like Cuphead or Brawlhalla, will appreciate Redneck Ed’s core gameplay mechanics, along with its campy 2-d animation. It is all very reminiscent of the likes of Ren and Stimpy or Earthworm Jim. The animation style isn’t just weird and wacky but so is the game’s humor, even making fun at pop culture references like The Matrix. The game also has RPG elements, with the use of cards that unlock various combo moves and abilities.

To unlock those cards you will have to gain favor from the audience in the forms of likes. The more likes you acquire during combat, the more you can upgrade Redneck Ed, including upgrades that can increase your health among other various things.

With this being a side scroller, it can be played using a keyboard and mouse but I recommend using a controller as combat feels more at home this way. It’s nice to have the game configured for various gaming setups. As for how it plays, well, the games ease you in with a simple tutorial and gradually increase the knowledge base on the game mechanics. This is a challenging game for some, even those who are familiar with this style of game but I do have to note the real highlight of the game for me is the animation style. 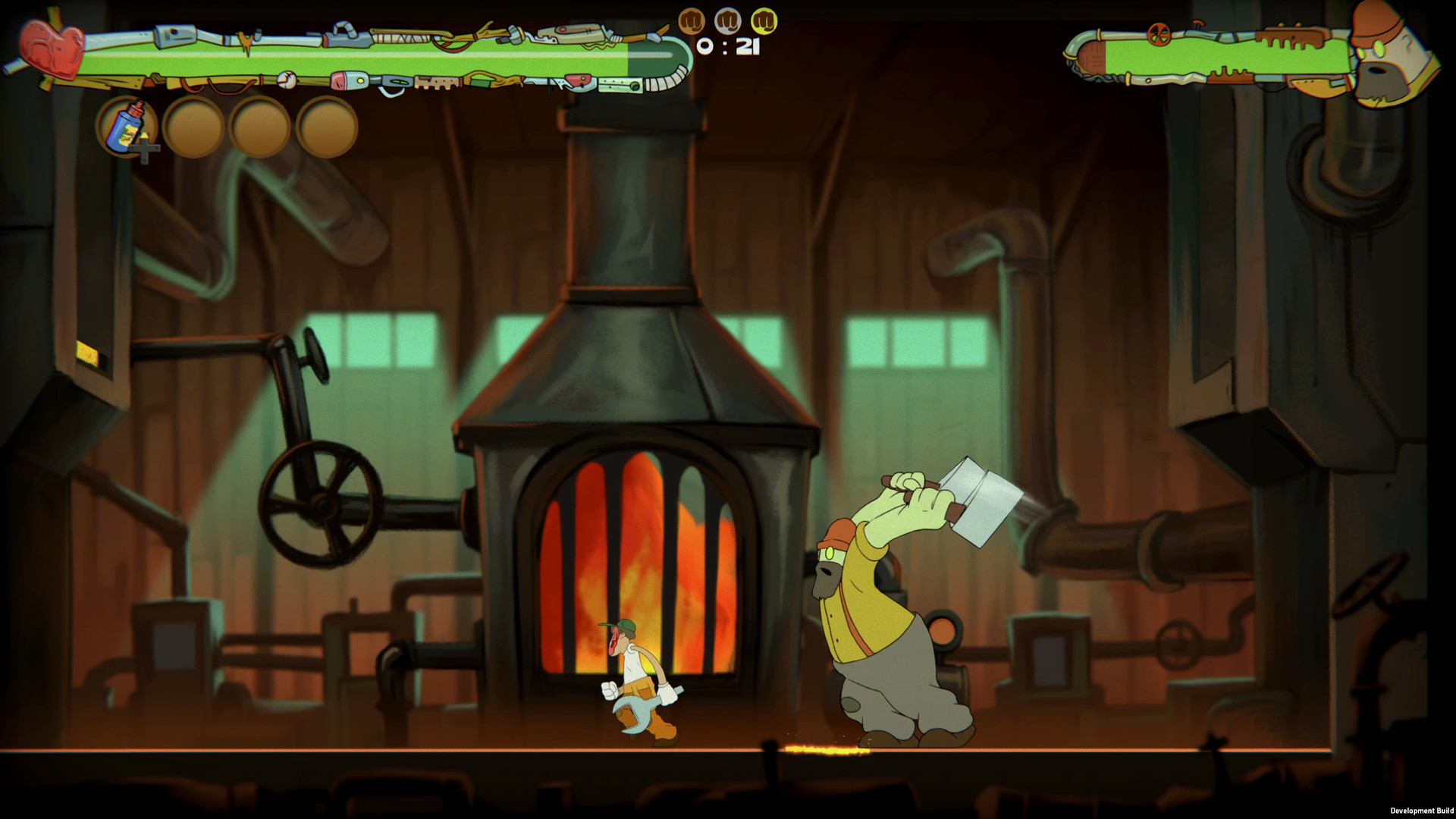 Without it, the game would’ve seemed lost, as that retro cartoon style brings the game together along with its upbeat music composed by Constantine Chistiakov. The composer and sound designer has done an amazing job with the overall atmosphere of the game’s theme. As for the multiplayer aspect, sadly the game is only single player but it would be nice to play the game in co-op and I hope they implement this feature in the future or at least consider it in a sequel. I can only hope as this would be a great game to play with friends.

Overall, Redneck Ed: Astro Monsters Show, for me, is the equivalent of this year’s Cuphead in its pure presentation and style. The animation is spot on from the main character’s look and feel, along with the environments in this strange alien game show arena. It is very stylistic, right down to the variety of familiar yet strange array of aliens characters to interact with and battle against, not to mention, the delightful music to enjoy while exploring this strange world. ‘Redneck Ed: Astro Monsters Show’ may be a bit of a challenge for some but for those who are fans of awesome, 2D animation and amped up side scrolling platform fun will feel right at home battling for likes to win back for Ed’s face. 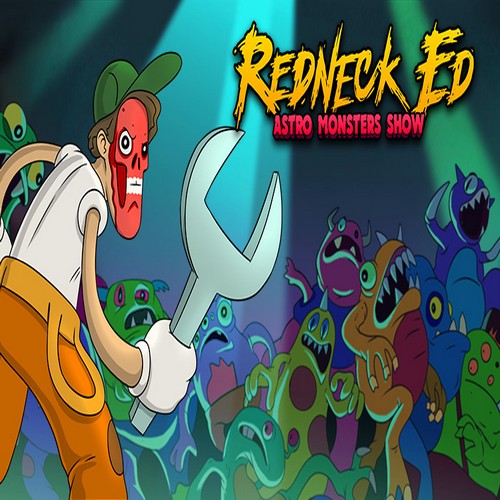 Crisp combat mechanics, challenging arenas, hilarious storyline, and totally addictive and painfully familiar spot-on gameplay. Experience the thrills of fighting your way through the most bizarre villains in the Galaxy and defend the honor of Earth in the space arena!