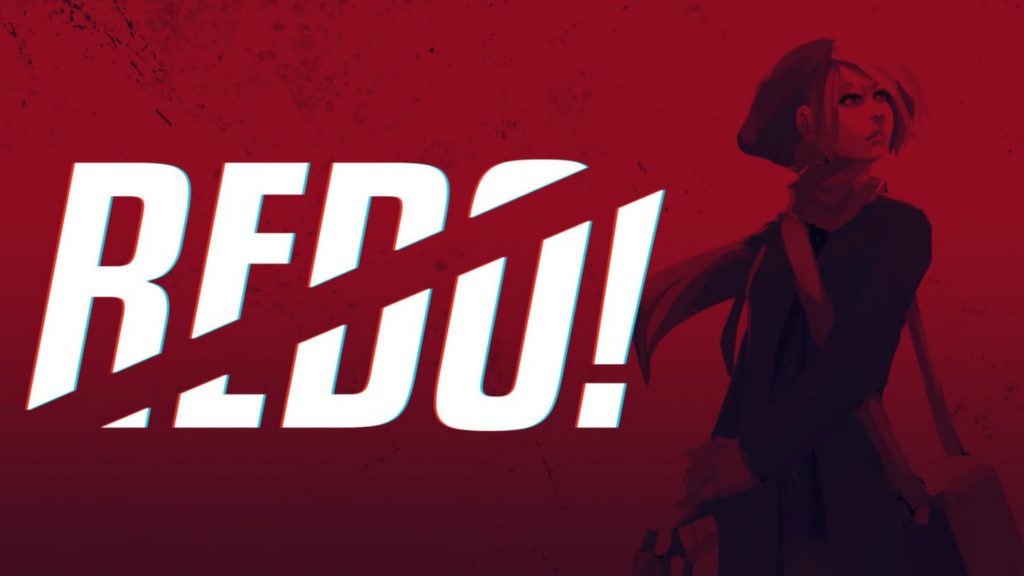 Developed by Robson Paiva, ‘REDO!’ Is a metroidvania, action and adventure game set in a dystopian world overrun by biomachines. You are what you believe to be, …the last human alive. After waking up you find a strange message from an unknown source. Could this be another human? Or something else?

Set forth and explore the unknown, overcome the obstacles of your journey and see what the world has left to offer. In the world of REDO!, you’ll encounter the mistakes the humans have left behind, and face your limitations as a human being. The world has a lot to offer, from finding new weapons, items, and upgrades to aid you on your adventure to biomachines or monsters that will try and stop you at whatever cost. However, the world is completely a mystery as no map is provided as to where you are and should conclude.

The gameplay was quite enjoyable; getting lost in a new world and trying to find my way which sometimes got a little difficult without any kind of in-game map. I found myself backtracking and trying to find other ways, and luckily I did which was always exciting. Only taking about 4 – 5 hours to complete, unfortunately, some of the achievements in the game for the people who enjoy collecting them are buggy and don’t unlock. 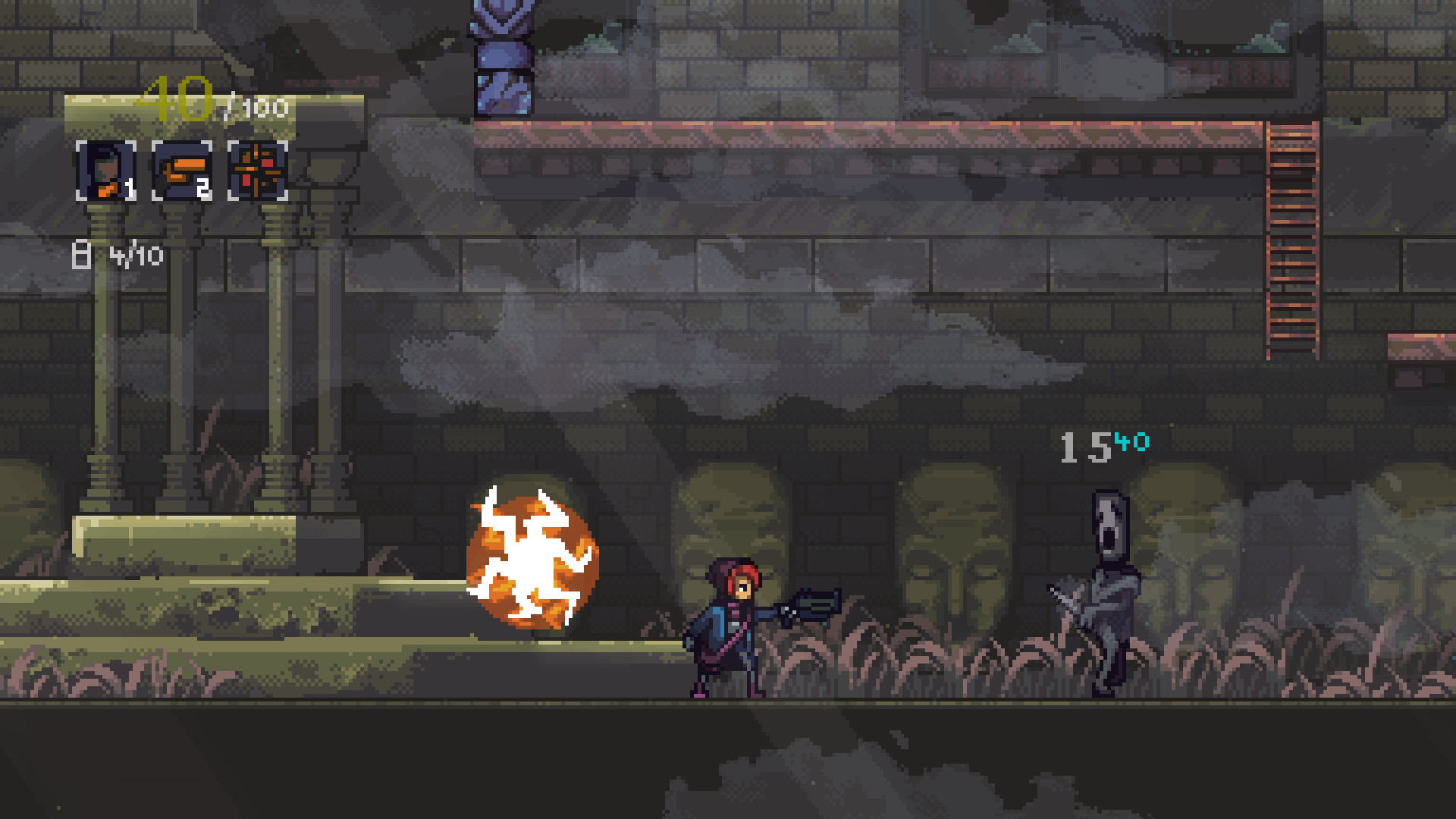 Throughout, you’ll come across save points that thankfully restore health and ammo. These save points act as checkpoints, saving progression though if you die without saving you’ll lose all progress made, including weapons, items, upgrades found, and even doors and shortcuts you had unlocked. It would be wise then to save whenever you can but keep in mind this restores all enemies you previously killed.

Combat is quite grueling, at first, without much to defend myself with, but later I found more weapons, items, and upgrades to aid me in fights. I soon felt like I was ready to take on anything.. until I encountered larger, bigger groups that were overwhelming half the time. You will also come across new enemies, and even some bosses giving you a challenge to overcome, which only gets more challenging in New Game + where you, unfortunately, start from scratch but with harder and more enemies in your path, so more of a hardcore mode.

Controls might feel clunky for some people, but personally, they seemed alright and manageable with a bit of practice. Dodge rolling was more of a getaway tool than avoiding an attack with I-frames kind of deal, Meleeing, being one of your main attacks, does move you towards the enemy with each swing so be careful as most enemies have a hit on contact, kind of like electricity around them. Using your ranged weapons will most likely be your first order of attack but you are limited by a single pool of ammo which can get kind of annoying, but with ammo upgrades, you’ll eventually have a larger pool to use. 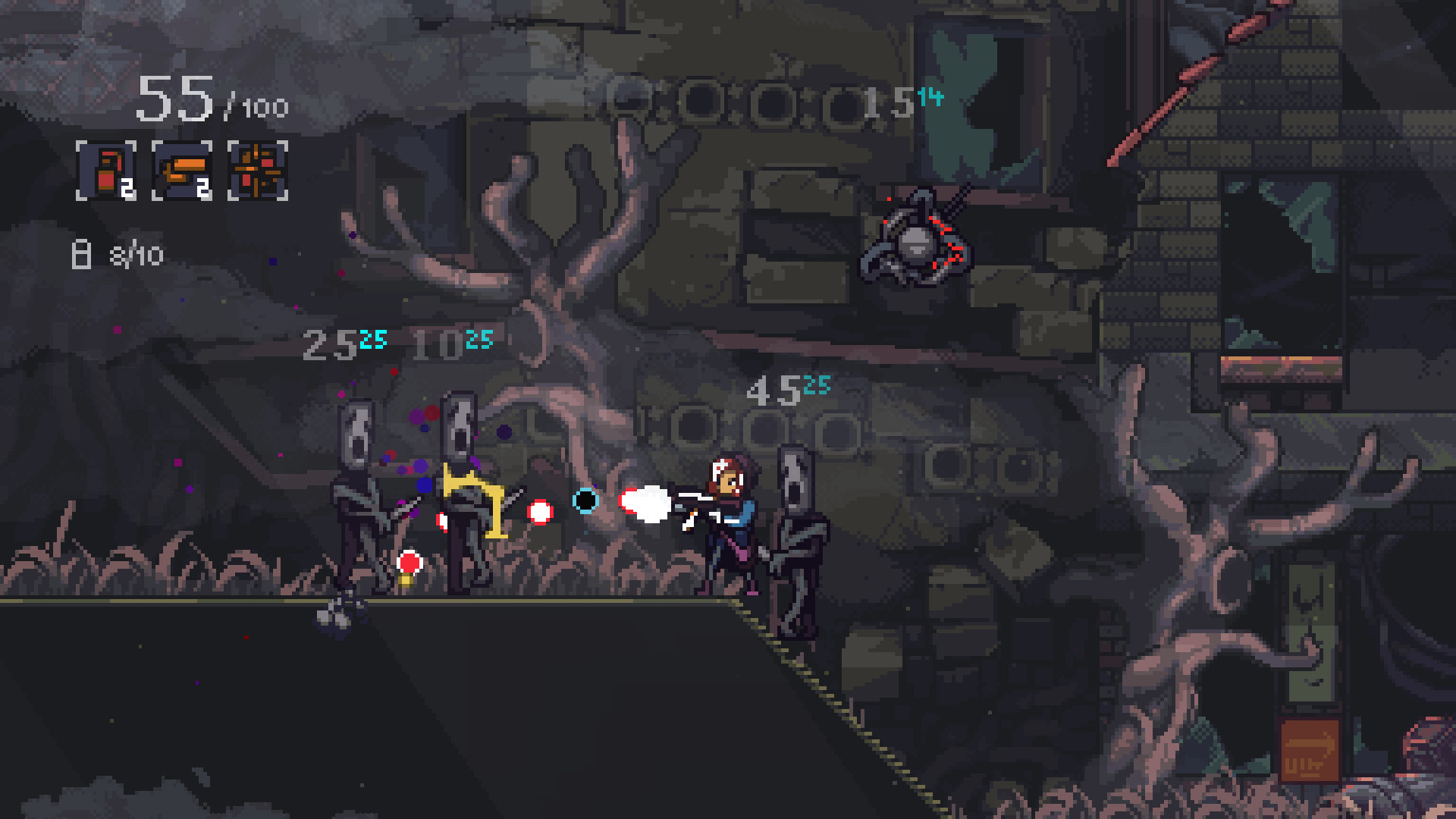 The world was wonderfully designed with its pixel and 2D metroidvania art style and gave off a nice dystopian and alone feel. There were monsters around almost every corner but still somehow felt derelict. You encounter robot dolls around the place that don’t seem to like humans too much and are happy to be free. You can’t help but wonder what humans did that was so bad.

The music and sounds of this game were for the most part pretty spot on and matched the type of weapon and attack I or the biomachines were doing. The music track was repetitive but wasn’t overbearing and subtly played in the background, with different queues for important events.

Playing through I never really fully understood what was happening, or why I was the last human alive. There were diaries around with information but most of them seemed like nonsense to me. Eventually, I found myself at the end of the game with questions and feeling inconclusive. The gameplay itself was enjoyable and the world was fun to explore even without a map most of the time, the challenge will keep you on your toes. 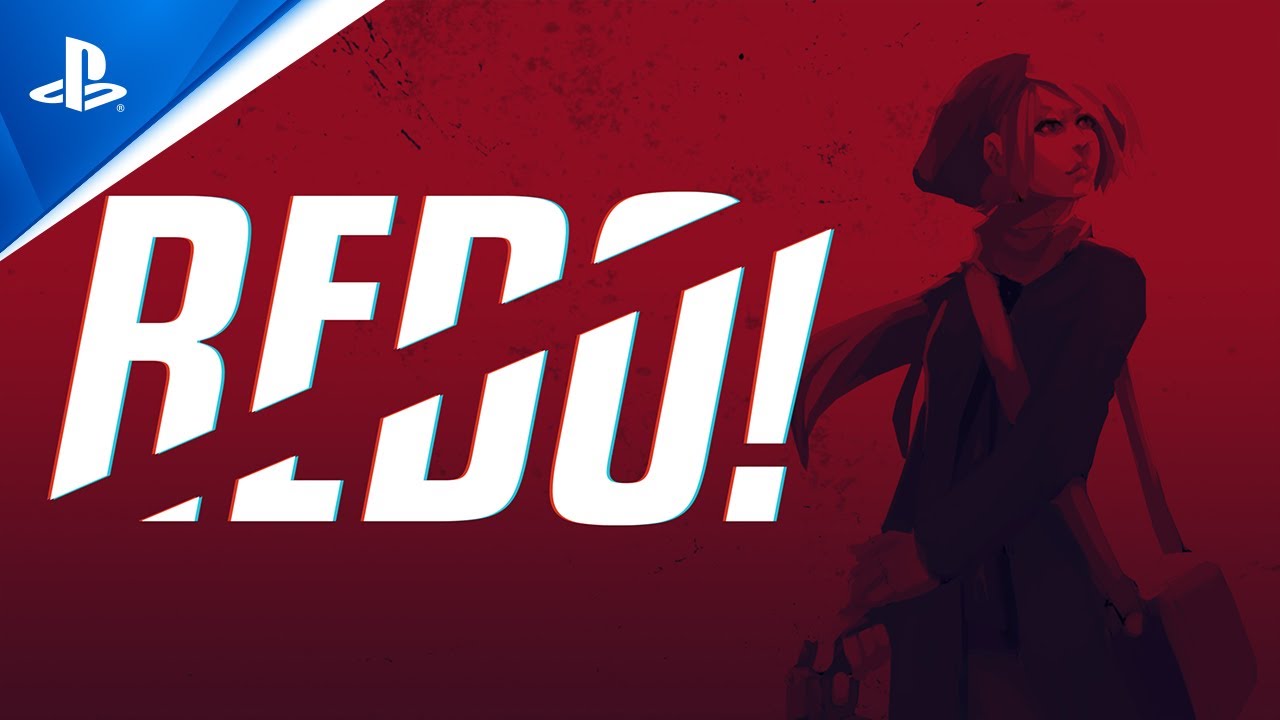 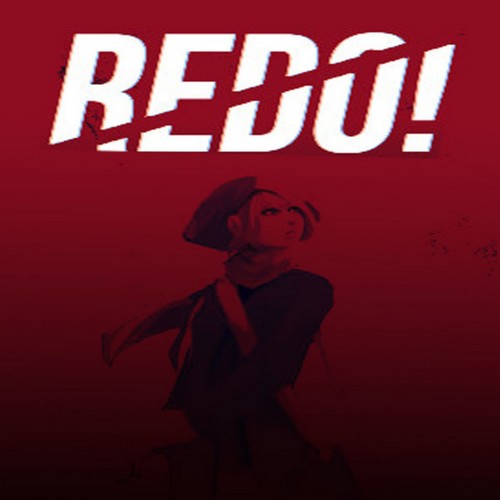 REDO! is a game about a girl trying to find another human in a dystopian world overrun by biomachines. It's a lonely and evocative game about exploring the unknown and overcoming obstacles to see what is left.