A group of college friends go camping in the woods, what could possibly go wrong? Sounds like another horror cliché, right? Well, Re:Turn – One Way Trip is not your standard horror game. This gritty 2D side-scrolling puzzle-adventure horror game, developed by Red Ego Games and published by Green Man Gaming will draw you in, and like any good game, will make you binge play it for hours.

Set in a modern Japanese era where you play as Saki, a kind-hearted but easily scared college Graduate, Saki and 4 of her friends are out camping in the woods telling campfire stories when some unexplainable events happen, so they all decide to turn in for the night. Saki wakes in the middle of the night to find the camp site abandoned and starts searching for her friends when she finds a silhouette in the shadows.

Determined that this is her friend, she pushes forward as the silhouette lures her deeper into the forest. Saki soon stumbles upon a derailed train sitting silently in the darkest depths of the woods, as if it were awaiting its final passenger. 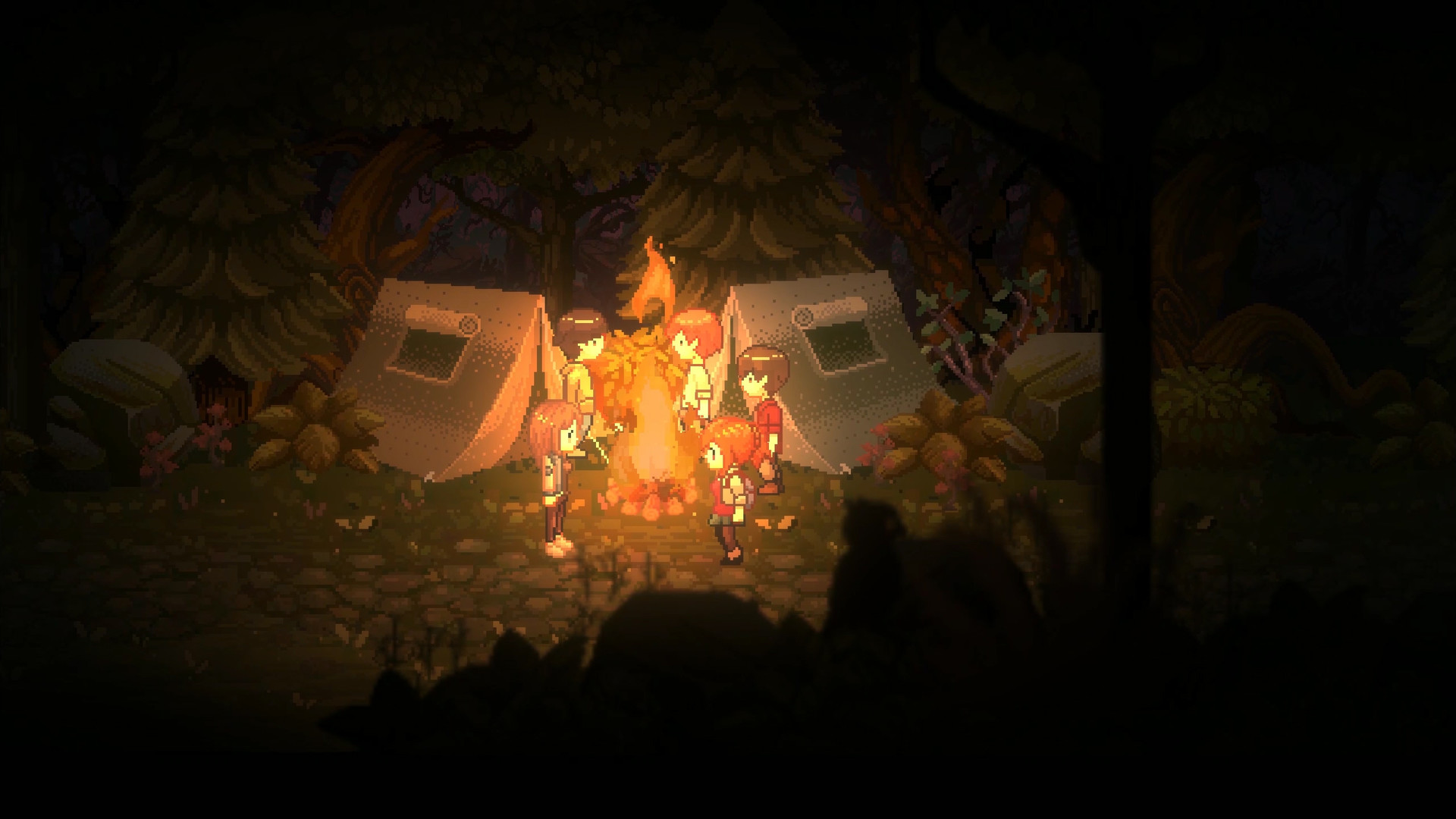 Boarding the train, she soon uncovers the secrets, horrors and mysteries that have been anchored to this forsaken train of death for decades. As you venture further into the shrouded history of the forsaken train, you find your timeline and the past melting into one another, and you spiritually travel between the timelines to uncover the origins of the train and uncover the dark stories of love, loss and betrayal.

The level design is very simple but effective, with most of the game play being on the train. With every small piece of progression something else changes within the train, making each time you walk through different! The vast number of puzzles vary from easy to challenging, with the challenging puzzles taking quite a few steps to complete.

Although the game played well and the artwork and music were amazing, there were a few issues that I found, such incorrect “run” button prompts, which I discovered purely by accident! I also noticed a few grammatical errors within the storyboard, and I found a few interaction issues with some objects. It’s also worth noting that while the inventory system works, it could have been designed a bit better. 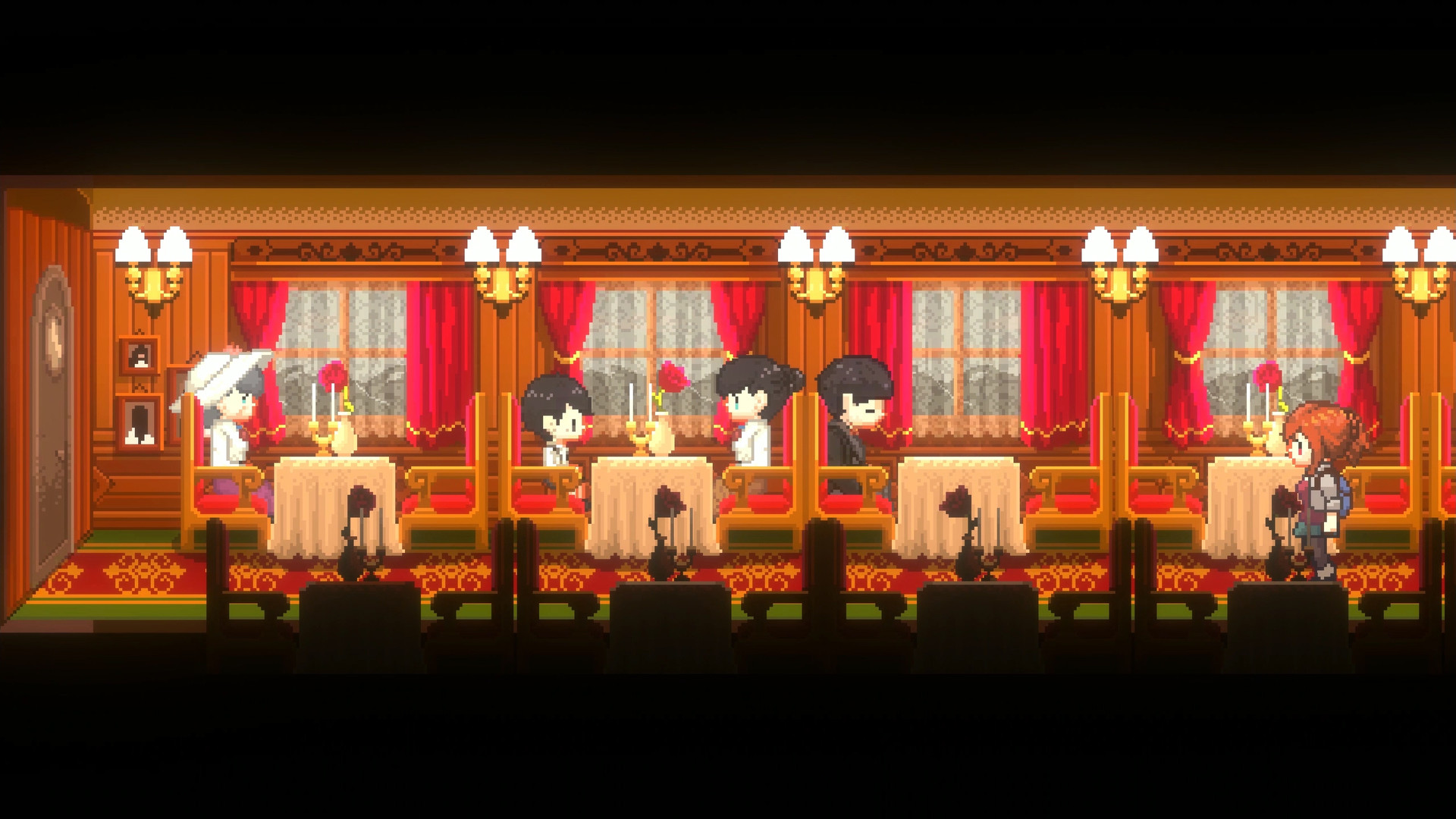 Red Ego Games have created an amazing story, filled with dark and gritty twists. As someone who does not normally play these types of games, I wasn’t thinking much of it when I first started it. I was expecting that maybe an hour would go past and I’d be bored, but 5 hours later and I was still putting the story pieces together! I was caught off-guard by a few of the scenarios that happen within the story, as I didn’t expect the game to be that dark!

Combine this with an intricately composed soundtrack created specifically for each of the various situations you encounter, the minimalistic HUD/interface, and the tasteful hand-drawn pixel-art styled graphics, and you will find yourself unable to walk away from the game. As you progress through the train and start uncovering what truly happened aboard, you will find yourself drawn into this game for hours. 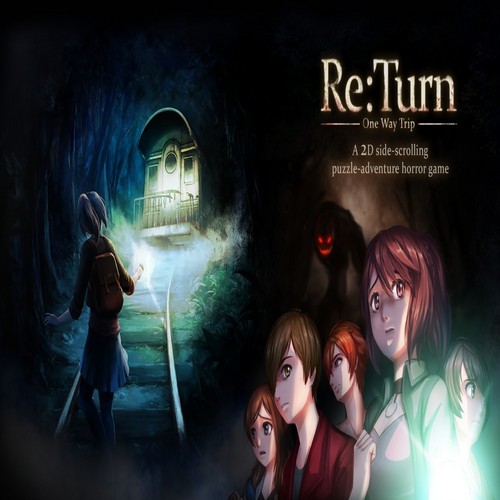 Re:Turn - One Way Trip is a 2D side-scrolling puzzle-adventure horror game. Trapped in a ghostly train, Saki must search the past and present to find and save her friends. More importantly, Saki must use her wits if she is to survive against an unspeakable evil hellbent on avenging unrequited love.